On arrival at our turtle rescue centre at Kuda Huraa, Pearl was found to have an accumulation of sponge in the throat, that had to be removed immediately. After a long nap and a period of close observation, she started diving and will soon be ready for release.

Update 10 January – Pearl was returneod to Grand Park for release back into the ocean. 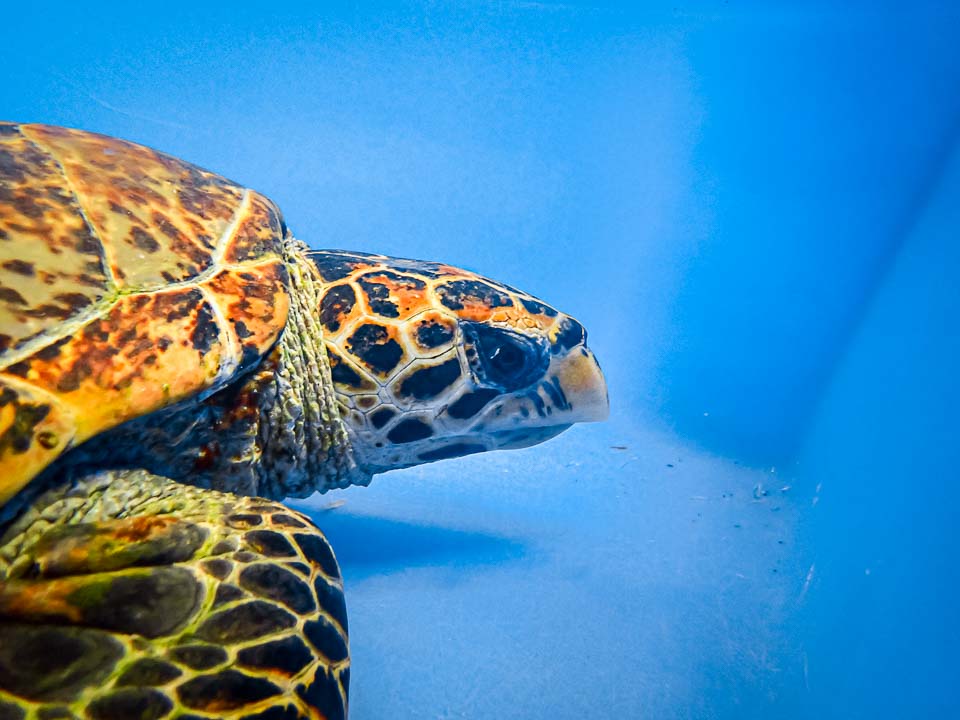