Coral Spawning in the Maldives 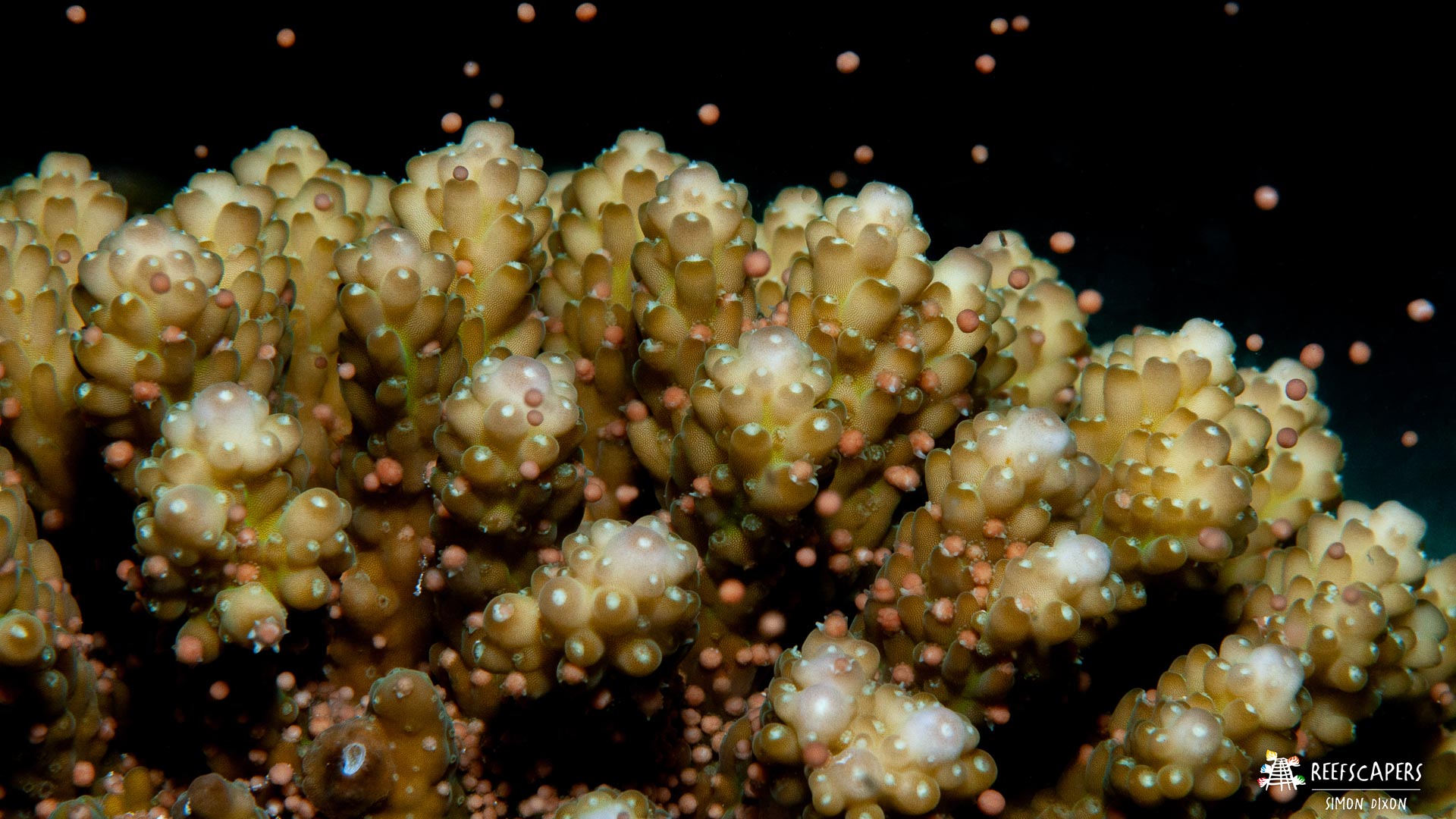 Reef-building corals can reproduce both asexually (via fragmentation) and sexually (via ‘brooding’ or ‘broadcast’). Hermaphroditic broadcast coral species (such as the Acroporidae) reproduce by releasing bundles of gametes (eggs and sperm). These bundles contain fatty lipids and are therefore buoyant, allowing them to travel to the surface of the water column where fertilisation takes place.

This spawning cycle is one of nature’s most spectacular events and only occurs once or twice each year, on cues from water temperature, wind speed and the lunar cycle. A rapid increase in water temperature has been shown as a predictor in coral spawning as it helps mature gametes. Wind speed, notably low wind speed, has also been shown as an indicator to optimise fertilisation.

Coral species are sessile organisms that must synchronise their gamete release to increase chances of fertilisation (gametes only survive for a few hours). Mature colonies develop gametes within their tissues over several months in a process known as gametogenesis, a timely process that utilises a substantial amount of energy and is likely why they only spawn once a year.

This phenomenon has been well-documented around the world (Australia, the Caribbean), however, there is little documentation from the Maldives about species-specific spawning and time of year. It is imperative that we begin to understand synchrony and timing of spawning here in the Maldives, with important implications for the management of coral reef ecosystems and identifying the health of reefs. 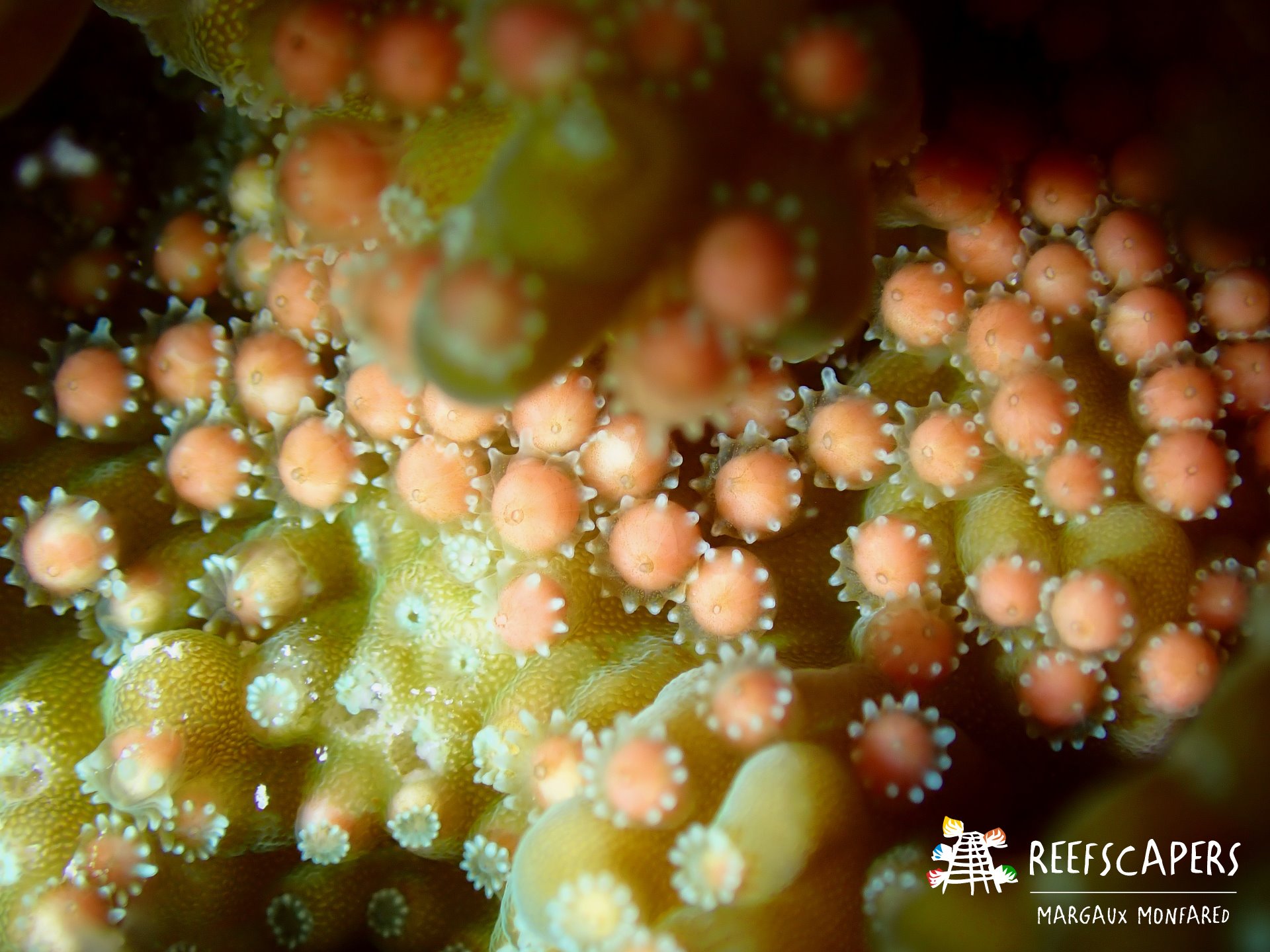