Updates: In his first 48 hours, we were able to remove over 2000cc of air, however we did not see an improvement in buoyancy. He took no interest in food and made no effort to try and dive.
Unfortunately after 3 days of rehabilitation, Moha passed away during his treatment. After conducting a full necropsy, we found many problems that would have led to his demise including: a tumor like mass in his lung, hard white masses throughout his digestive system and parasitic scars throughout his heart. 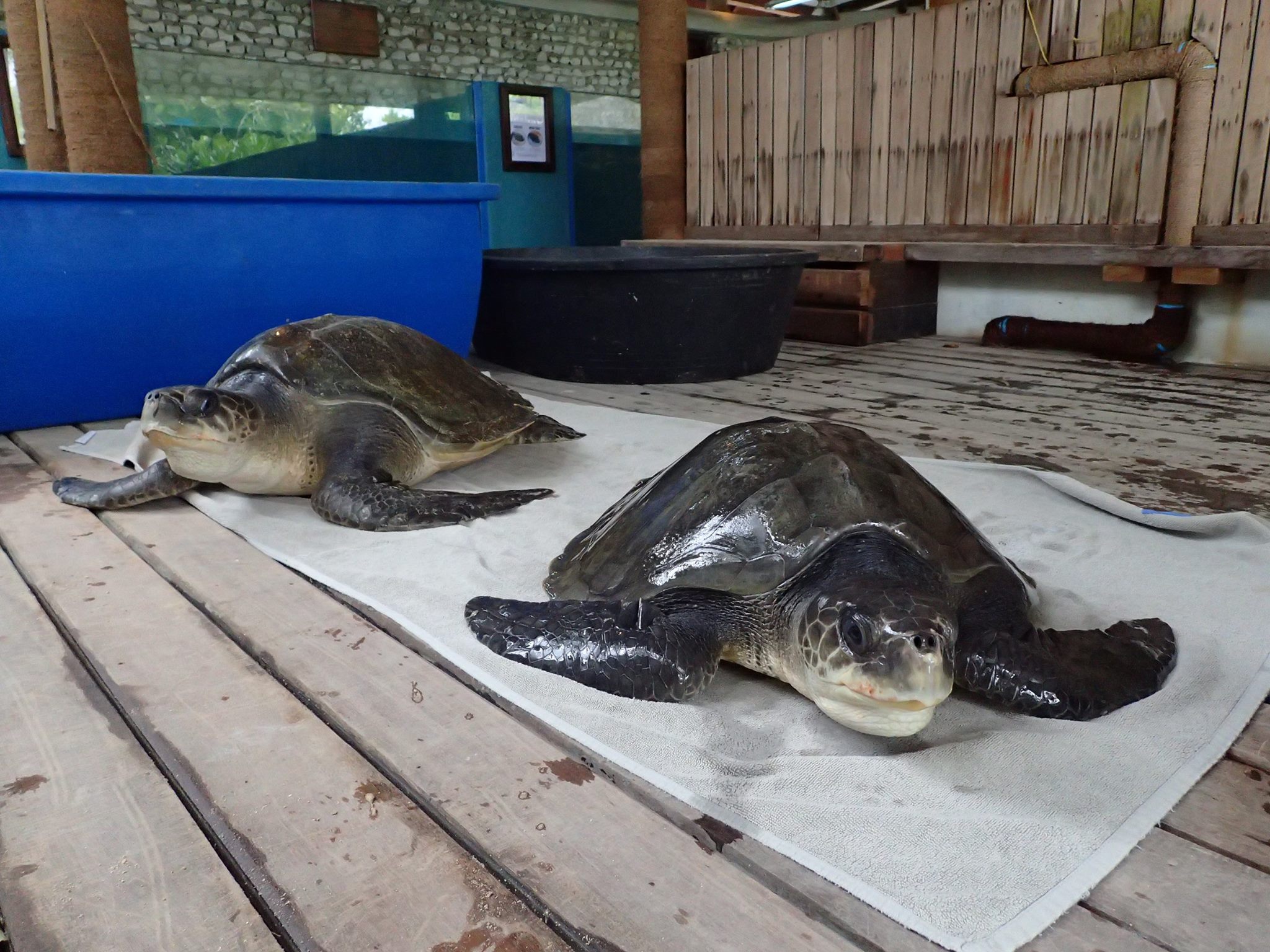