Chip was found after becoming stranded near Four Seasons Landaa Giravaaru, and despite having no significant injuries, he was admitted for buoyancy issues and dehydration. This is one of the first adult males to our facility – we can identify his gender due to his extended tail.

Since his arrival, he has had no problem showing off his sheer strength and frantic personality, making it almost impossible to sit him still for wound care! Thankfully we anticipate that he will not require rehabilitation for too long and will be able to be release back into the wild in the coming weeks.

April 2017
We continue to treat the laceration to his swollen and immobile RFF (right front flipper), and there are some abrasions to the carapace.
Treatment: Ceftazidime 0.5ml q3d, daily treatment of wound with medihoney & bandage. Monitoring.

25 April 2017
Following 36 days of rehabilitation at our Centre, Chip was given a clean bill of health and was ready to return to the wild.
After a moment of confusion on the best direction to take, he made his way down the beach and soon swam out to the nearby reef. Bon voyage, Chip ! 🙂 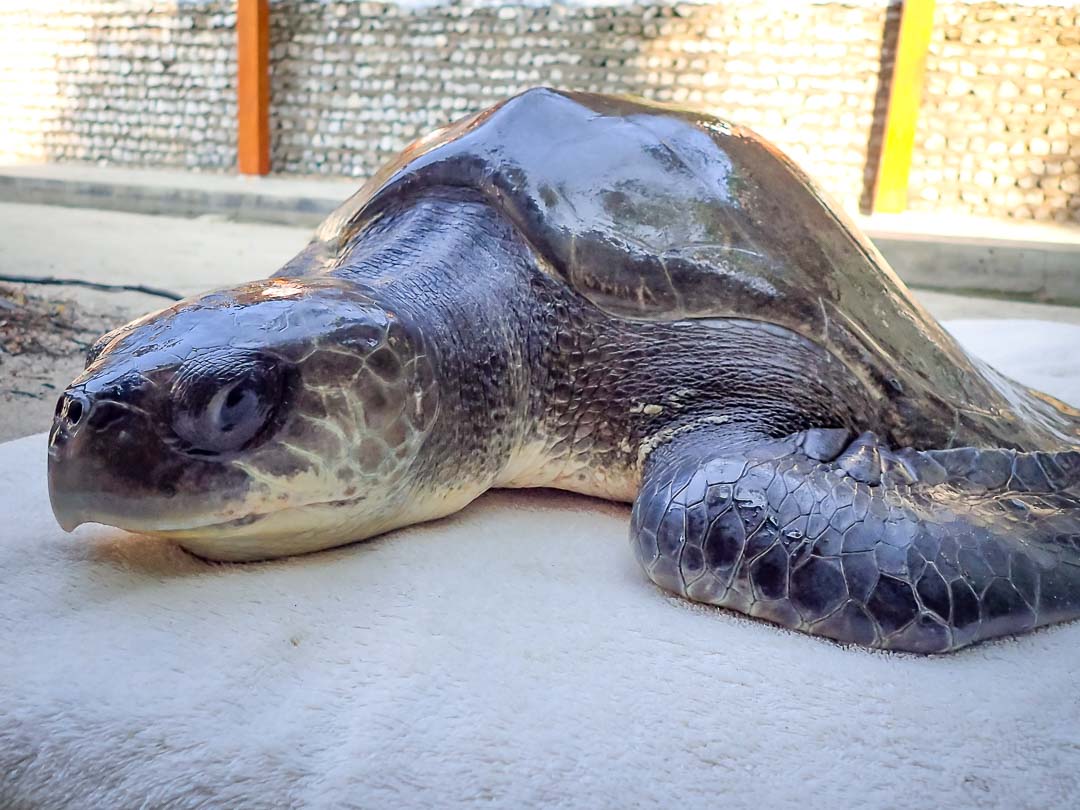