At Landaa this month, we transplanted 19 new coral frames, sponsored by guests (9), and the Resort (10).

At Kuda Huraa this month, we transplanted 5 new sponsored coral frames, retransplanted 3 existing frames, and monitored (cleaned, repaired, photographed) a total of 81 frames around the island. In addition, our apprentices and intern worked arduously to identify and remove any old frames in the Channel.

This month, we started our new Study Of Sustainable Cable Ties – research into current eco-alternatives to the standard plastic cable ties that we use to attach coral fragments onto our rebar frames. 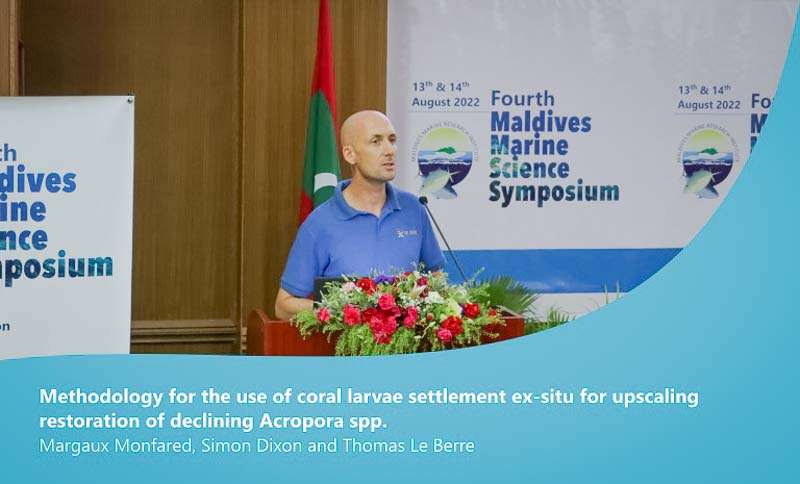 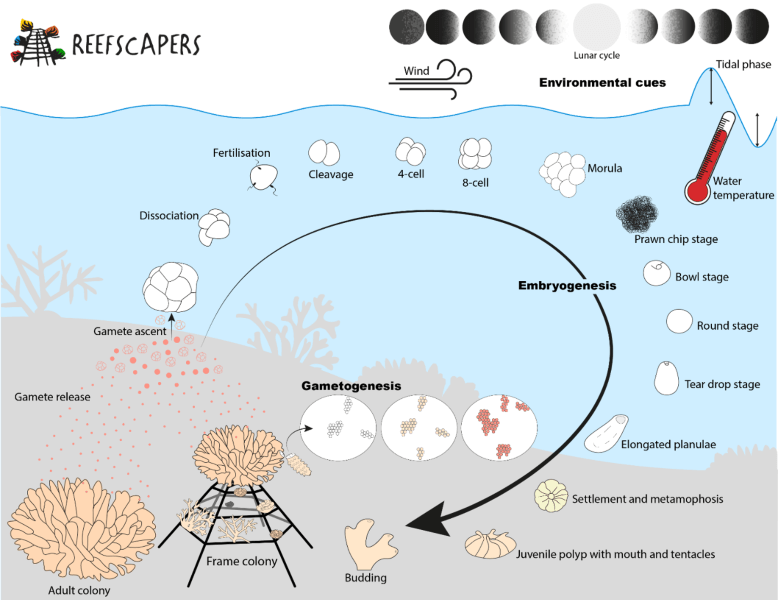 We continue to monitor our rescue coral frames, and recently counted the live coral colonies growing on the small-sized frames at each site, to calculate an overall average survival rate of 60%. Lowest survival was seen at the deep House Reef (caused by Drupella snail predation), followed by the Channel (algae and heat stress), with the Turtle site being the healthiest overall (with a little fish predation).

Interestingly, some coral colonies at the Turtle site are infested with sabellids (polychaete tube worms) and one large table coral specimen appears to be suffering from ‘acute tissue loss disease’ (as described in Swanson 2018, and Aeby 2021). Our three photos, taken over 10 days (below), show how quickly the disease can spread, so we made the decision to cut away the dead tissue to try to prevent further disease progression. Other table corals nearby appear healthy (apart from some unrelated predation by Drupella or COTs). 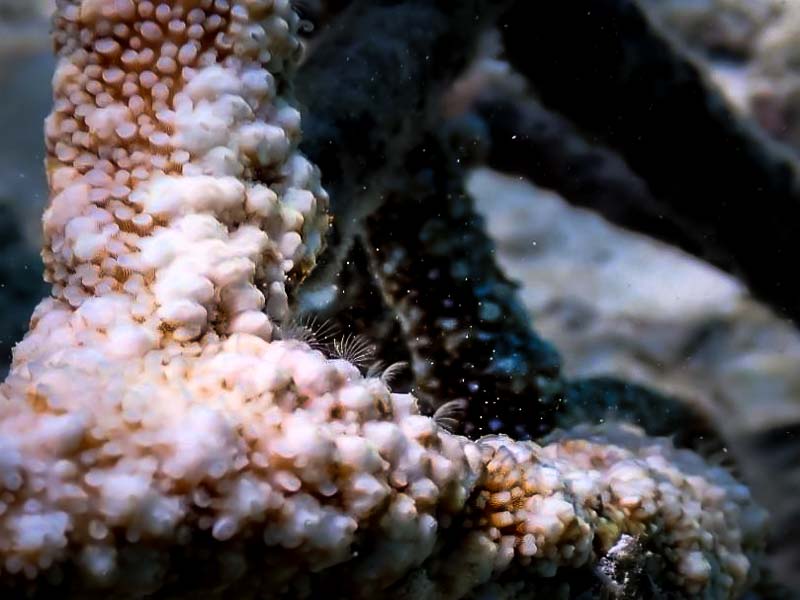 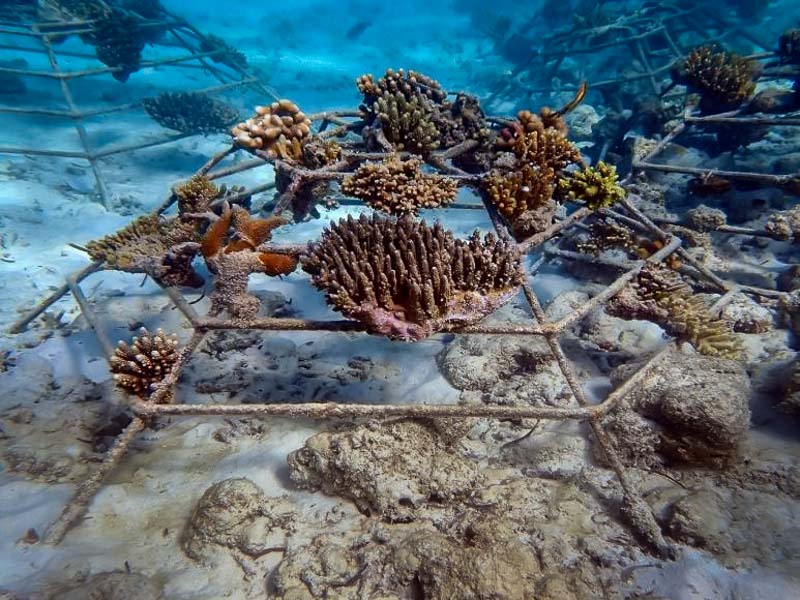 During August, we conducted five surveys covering different species across all our coral propagation sites, and found immature gametes on 27 wild and local colonies of Acropora species.

On 12-13 August, we witnessed a coral spawning event marked by the characteristic surface slick of pink/orange gametes. We successfully transferred several spawn samples back to our Lab. 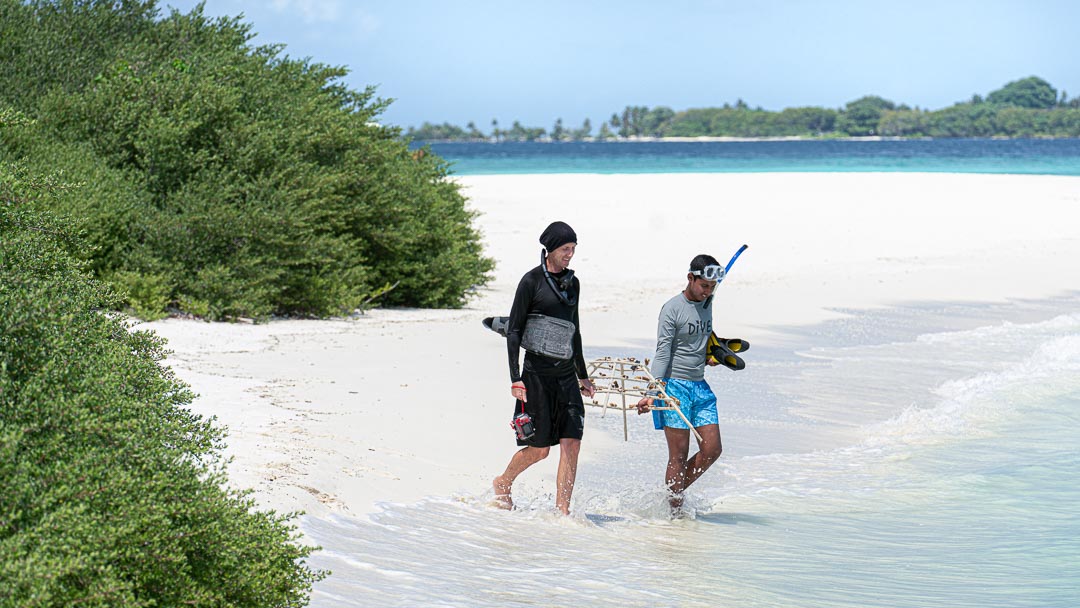