Updates From Our Sea Turtle Teams

Sawan, a juvenile Olive Ridley turtle was admitted for rehabilitation on 18 January, after being found entangled in a large ghost net on the Landaa Giraavaru sand bank by the Lambert Family and the Water Sports Team. The turtle had some bruising and an abrasion from the net, but was otherwise in good health and showed normal buoyancy.

After just three days of care, Sawan was released with a satellite tag generously donated by Dusit Thani Maldives. Since release, Sawan has been observed to have travelled 4.3km, but unfortunately transmission now seems to have been lost (map). 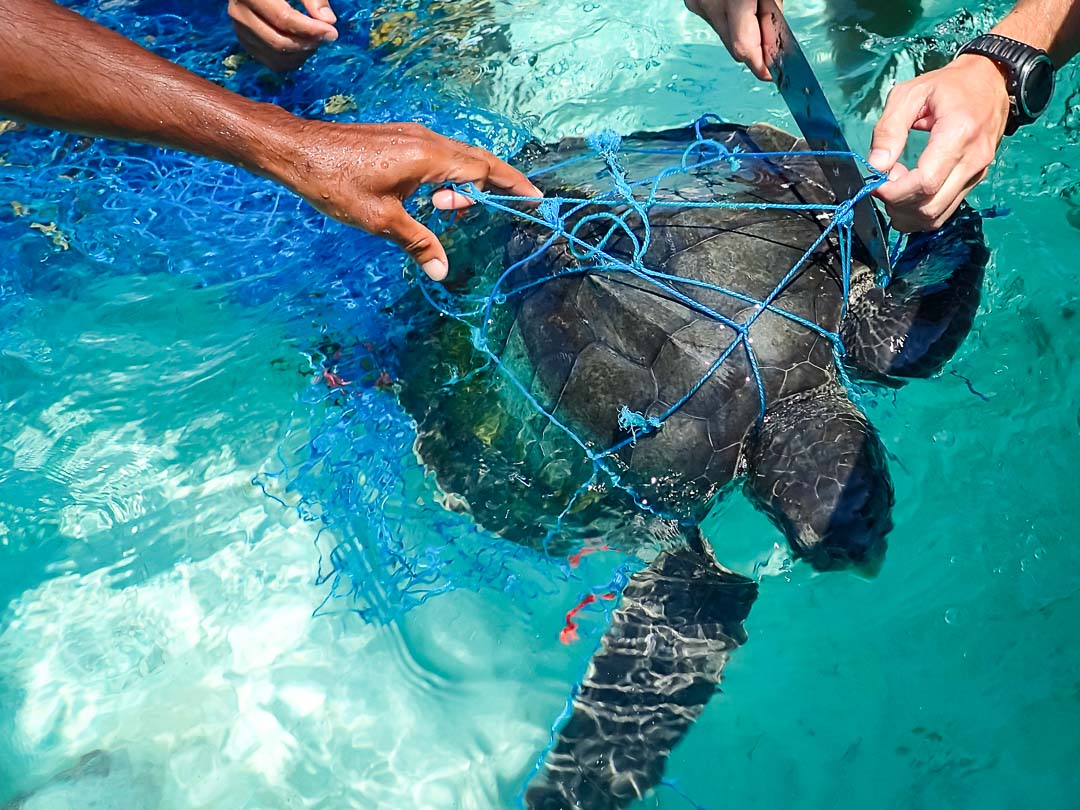 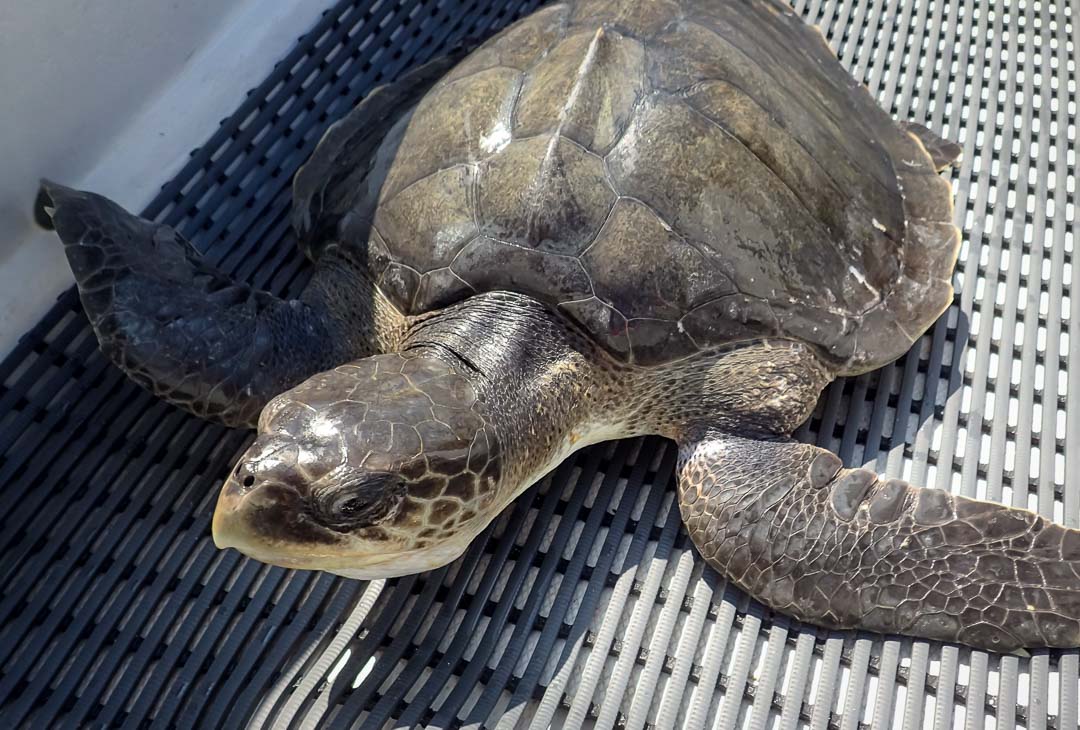 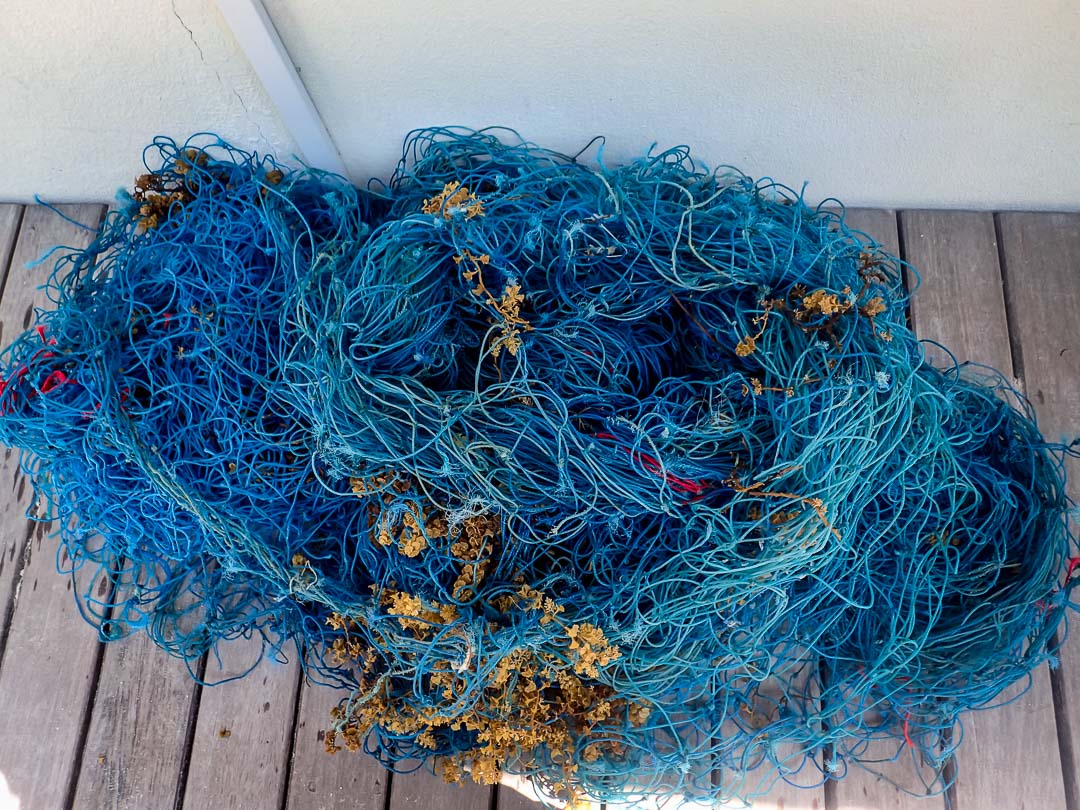 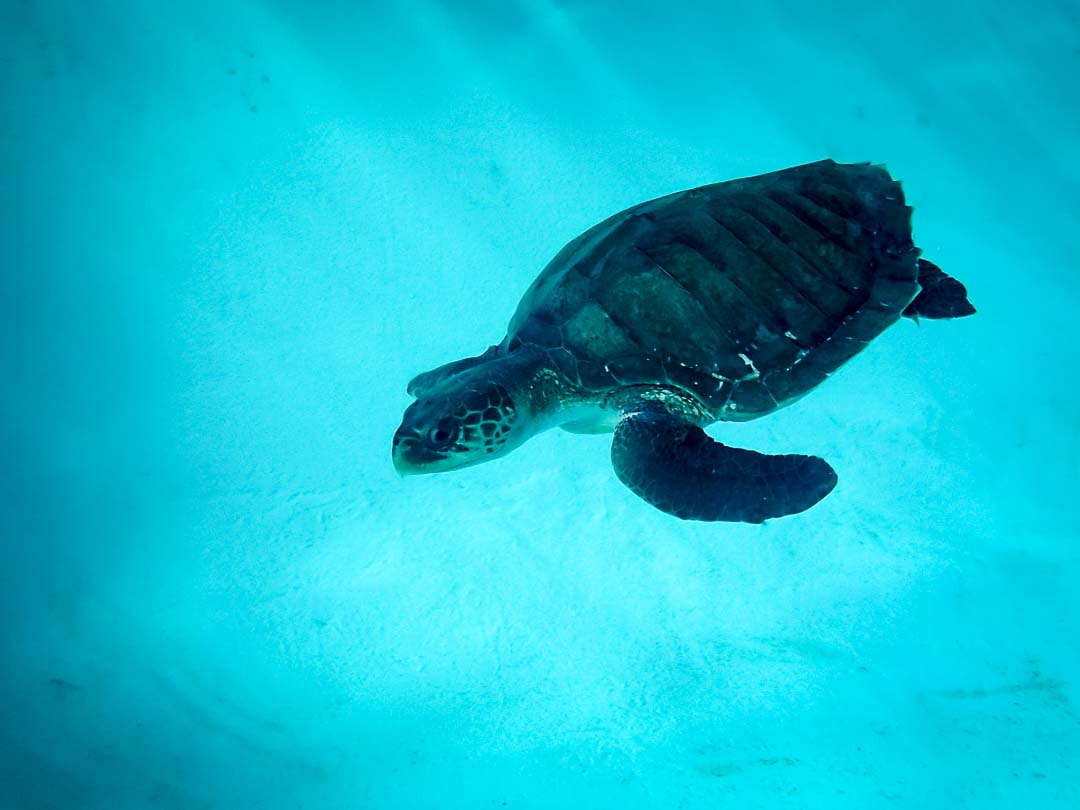 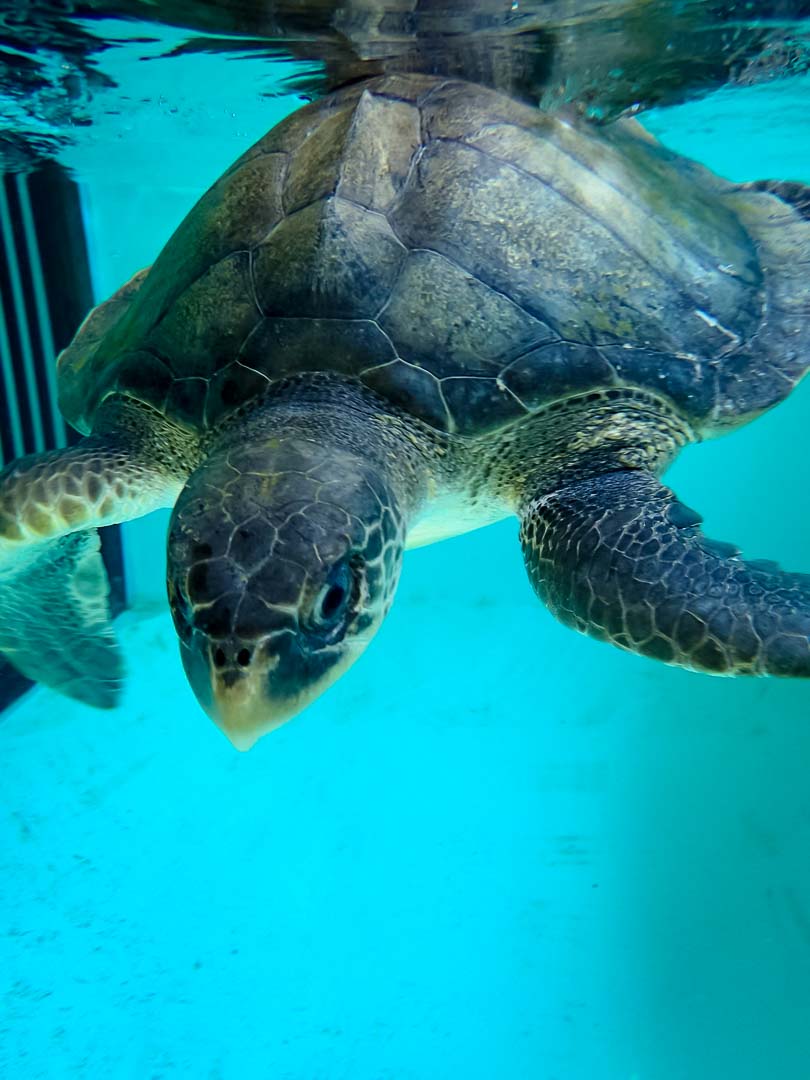 We were recently alerted to three new turtle nests on the beach of a nearby local island. The nests were assessed, documented and photographed by our team, and will remain in situ to incubate whilst being safely monitored by the island caretakers. The projected hatch dates for these nests are 13-19 March (nests located in shady areas on the beach can take a longer time due to the cooler temperatures). 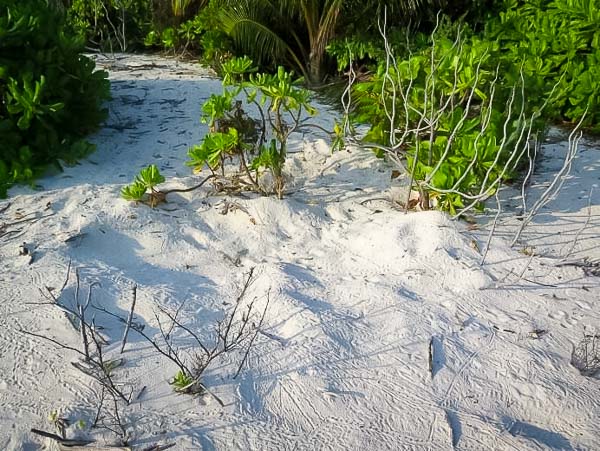 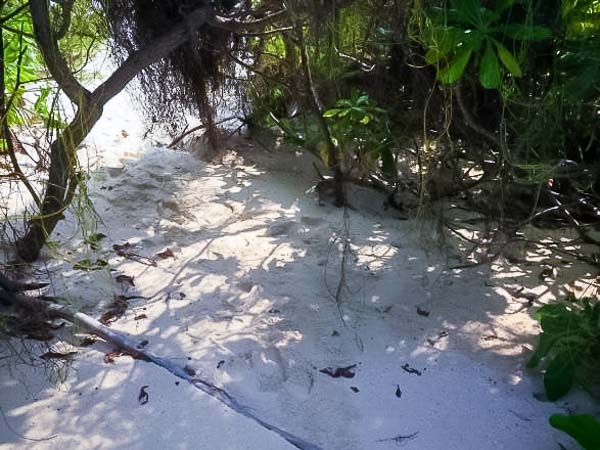 We currently have one Olive Ridley turtle (Lepidochelys olivacea) and five Green sea turtles (Chelonia mydas) in rehabilitation at Kuda Huraa. The Green turtles will remain with us until they reach a length of 30cm, following the same protocols as with the Head Start Programme to increase their chances of survival after release.

After four months of rehabilitation, Ollie our juvenile Olive Ridley turtle has begun to dive and feed without the need for assistance, and has been spending increasingly more time resting on the pool bottom as opposed to floating at the surface. Ollie will be released soon, in conjunction with One & Only Reethi Rah resort.

We have fifteen sea turtles in our Head Start Programme, three Hawksbills and 12 Greens. Several turtles are now approaching the release length (30cm) and weight (4kg).

During January, four of the Head Start green sea turtles were released after reaching 30cm in straight carapace length (SCL). All four turtles had arrived at Kuda Huraa through the Nest Protection Programme partnership with Fenfushi (Raa Atoll) and represent the first two nests laid on the island during the 2014-2015 nesting season. 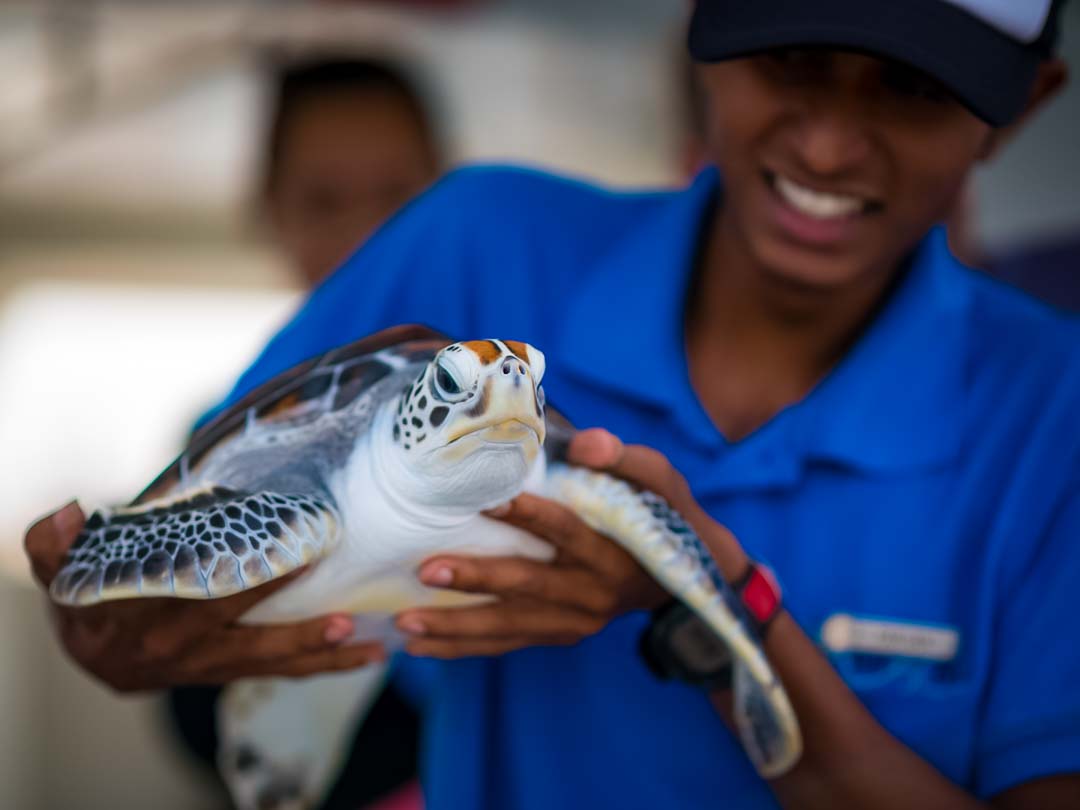 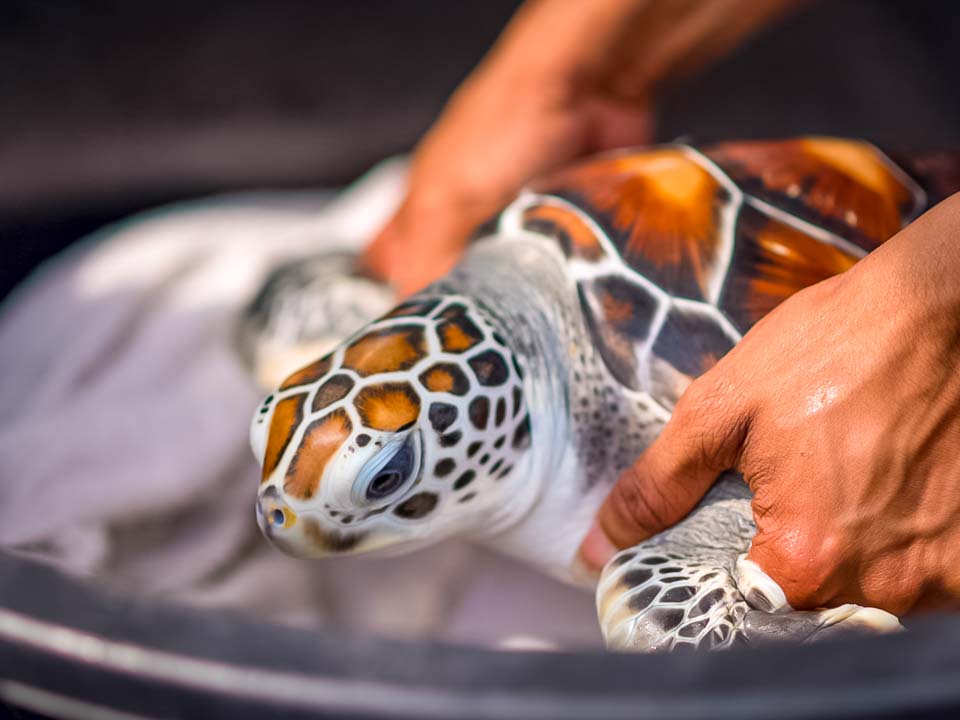 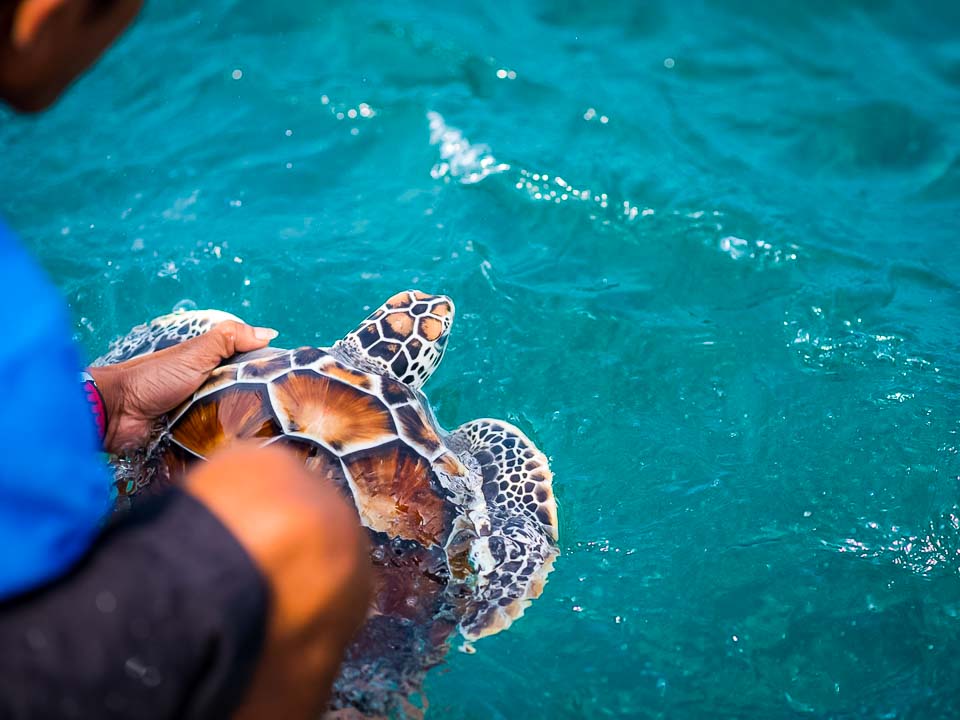 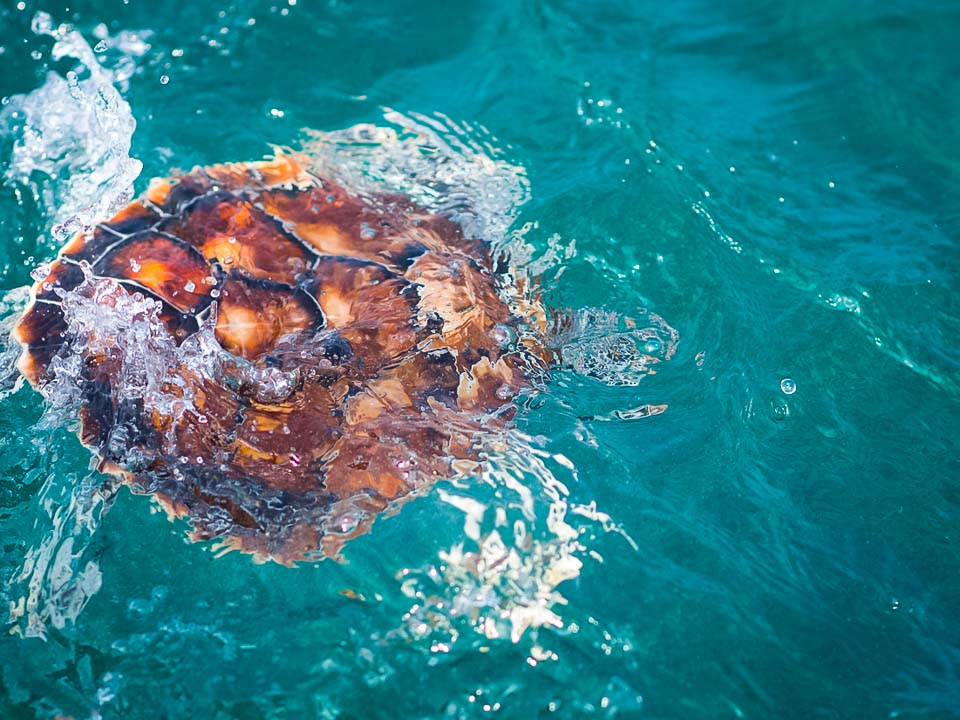 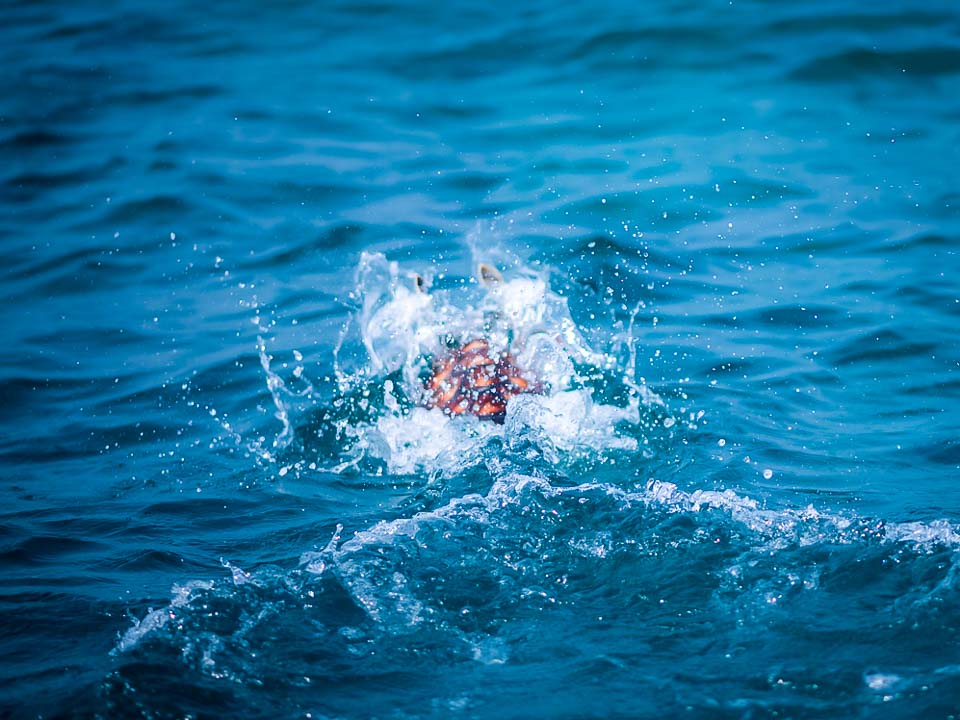