Lefty, a female Olive Ridley turtle, was found floating at Kuramathi Resort, way back on 1 August 2014. She was suffering from a prolonged positive buoyancy (floating) problem and her right flipper was missing.

It took many months for Lefty to recover her diving ability, but we saw steady improvements over time, and she gained 2.5cm in length and over 2kg in weight. On 23 March 2015, Lefty was successfully released back into the ocean. Bon voyage, Lefty ! 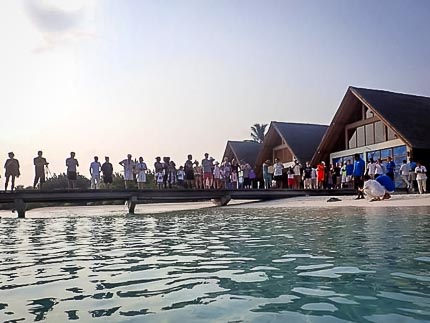 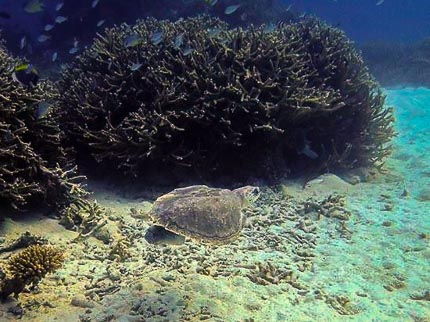 Bonita was found floating near Meedhupparu Island Resort (Raa atoll). She was dehydrated and underweight on arrival at our Centre, but did not have any recent injuries. Her right flipper is dislocated, with a healing wound indicative of previous entanglement. However, she unfortunately does not have any independent movement in the lower part of this flipper. We will keep her until she builds up strength and recovers from her floating syndrome, after which she will be released back into the sea.

Treatment: freshwater baths for dehydration; injections/IV-drip of dextrose solution to increase her weight. She is also receiving Lactulose to release any possible intestinal blockages. 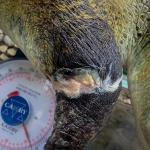 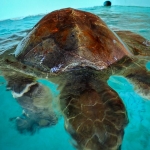 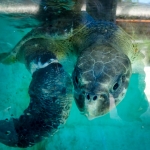 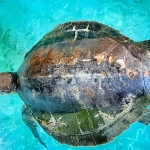 Isabella and another turtle were found entangled in several ghost (drifting) fishing nets, probably carried from overseas by the strong NE monsoon currents. Many thanks to the Volpi family, who assisted with the rescue and shared their photos with us.

Unfortunately, the other turtle died of severe head and flipper injuries, but thankfully Isabella was in better health. She was suffering from mild floating syndrome, and also had slight lacerations to her front flippers due to the nets. After just a few days in our Turtle Rehabilitation Centre, she was energetic and able to dive again, and ready for release.

Sofia (#2) was brought to our Centre on 1 April 2015  by the launch team from nearby Reethi Beach Resort (thanks for your help, guys), who spotted the entangled turtle in the ocean channel between Landaa Giraavaru and Kamadhoo. Sofia was suffering from flipper lacerations, but was otherwise fit and healthy.

On 6 April, Isabella and Sofia-2 were released back into the sea with attached satellite tracking devices, to enable us to monitor their movements. You can follow their progress on our interactive satellite maps, as they swim around the Maldivian atolls and venture out into the open ocean. 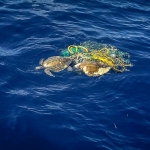 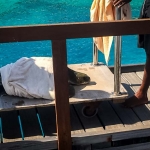 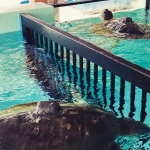 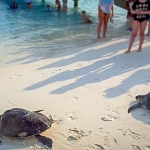