This large juvenile Hawksbill turtle was found beached on Shangri-La’s Villingili Resort & Spa (Addu Atoll) after being observed floating the previous day. The turtle was cared for at the resort until the turtle was transported via domestic flight the following day.

Upon arrival at our Centre, the turtle was very lethargic, with shallow breathing and a dangerously high blood glucose level of 333ml/dl (normal range for sea turtles is 70-120ml/dl). Since sea turtles are not susceptible to diabetes, it is most likely the turtle is suffering from septicemia in which hyperglycemia is one of the indicators of this often fatal condition.

Villingili is receiving antibiotics and fluids daily for supportive care and being maintained in a dry-dock condition as the turtle is too weak to remain safely in water. The turtle’s blood glucose level is also being checked regularly to ensure it is approaching normal levels, at which time the turtle should become more responsive.

Villingili’s blood glucose level slowly came down to closer but still elevated levels with the use of fluid therapy daily. Villingili is too weak to be placed in water, must remain in the dry dock, and will require tube feeding in the near future. After a course of Amikacin with no changes in alertness, the turtle’s antibiotics were changed to Ceftazidme. 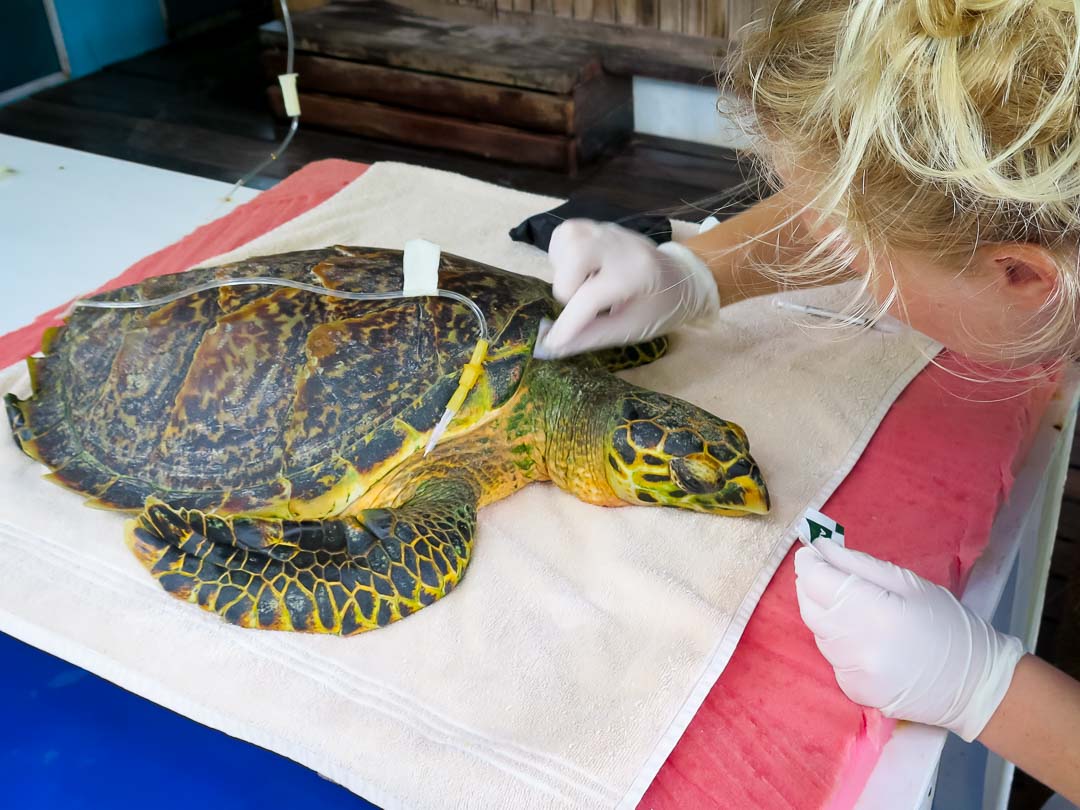 Update January 2017
Villingili was making great progress and had much more energy – she was even diving and exploring the largest pool. Due to complications from regular tube feedings, Villingili’s throat began to swell. After allowing the throat to heal, tube feedings will resume at a lower frequency.

Current Length: 44cm; current Weight: 8.3kg
Villingili has made tremendous progress throughout February, and we hope this is the start of great things for our Hawksbill. She has been put back on antibiotics and regular fluids which has given her a new zest for life, being more active around the pool.
On 11 February, she made a big step as we found her resting on the bottom of her pool for the first time, and we have since seen her doing this more frequently (even spending most of the day resting). She enjoys the company of her small and playful pool mates (Flora, Copepod and Momotaro) who seem to make her more comfortable in the water than some of our larger patients. You can often find all four of them snuggled up together on the surface, or Flora trying to crawl underneath Villingili stomach for some much-needed shell scratching!
On 15 February, she reached another big milestone by being able to eat her first bits of food. This is the first time she has been able to eat by herself since arrival in October. Through daily physical therapy of her very stiff jaw, we have slowly been able to make enough progress that she can be fed small pieces of lobster via tweezers. It is amazing to watch Villingili get her independence back and we hope she will only continue to improve.

Update March 2017
Vilingili continues to make progress, and has now been moved to a bigger and deeper pool to continue encouraging active behaviours. We used a combination of hand feeding and unsupervised feeds to assess Vilingili’s jaw mobility and to allow her to gain confidence in feeding on her own terms. She continues to be very mobile in the water and we hope she will start to regain weight soon. 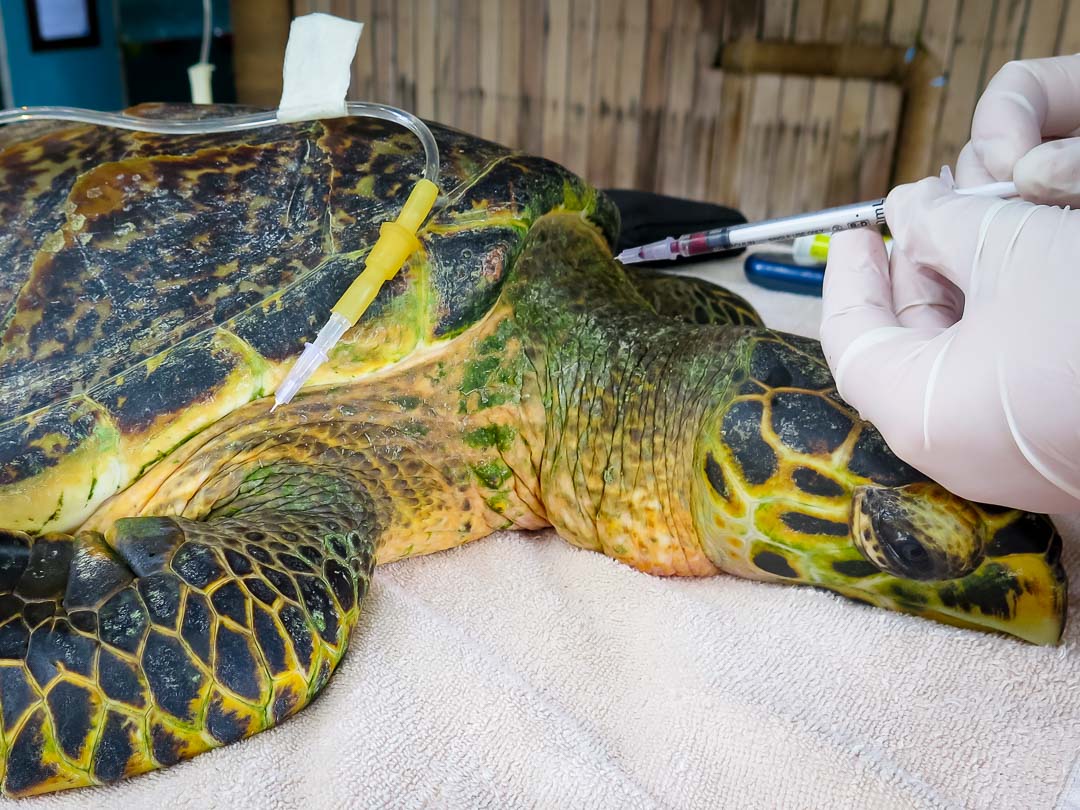 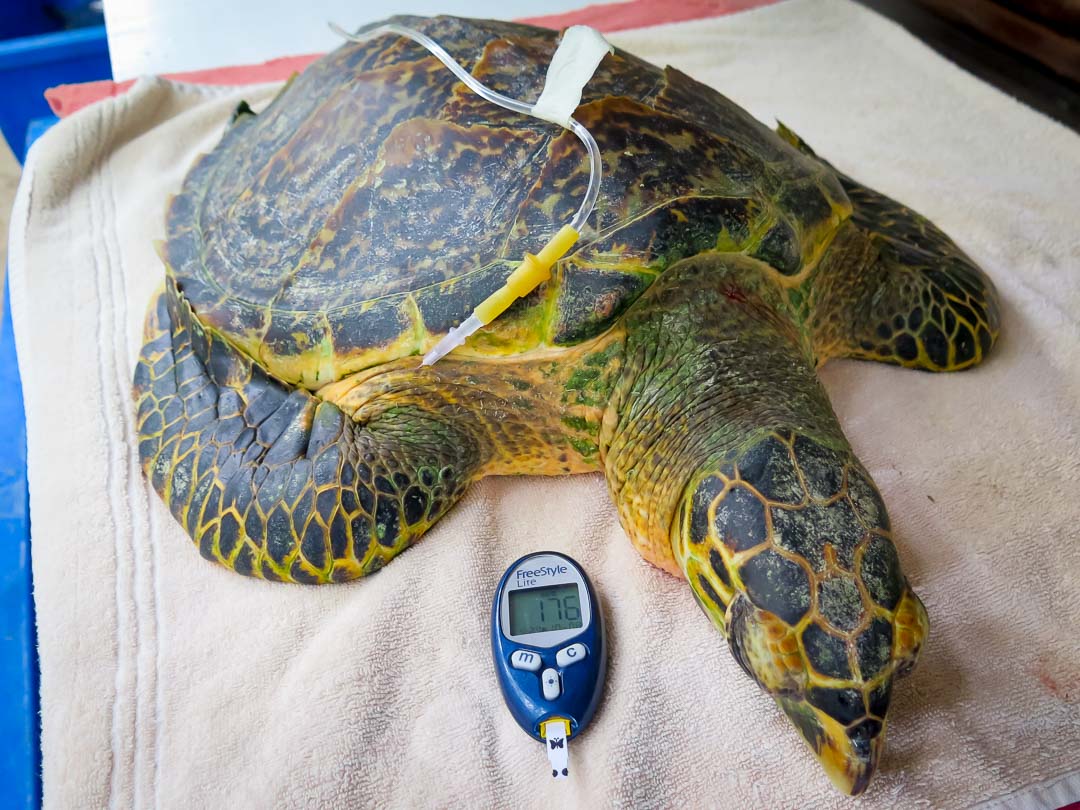 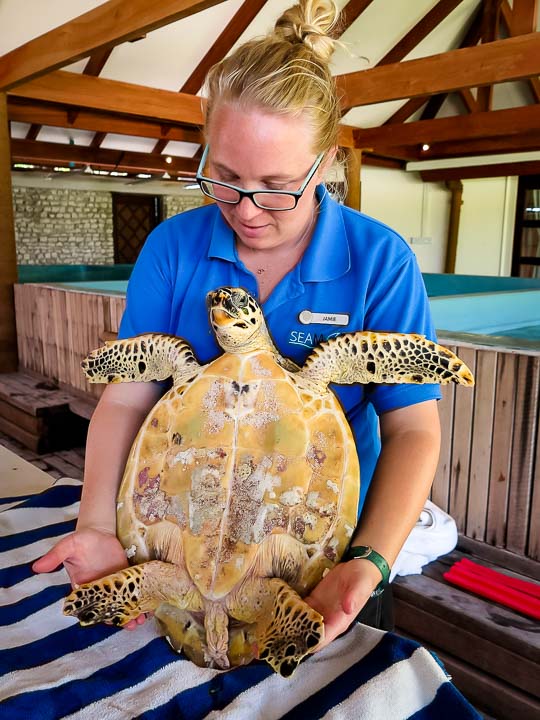 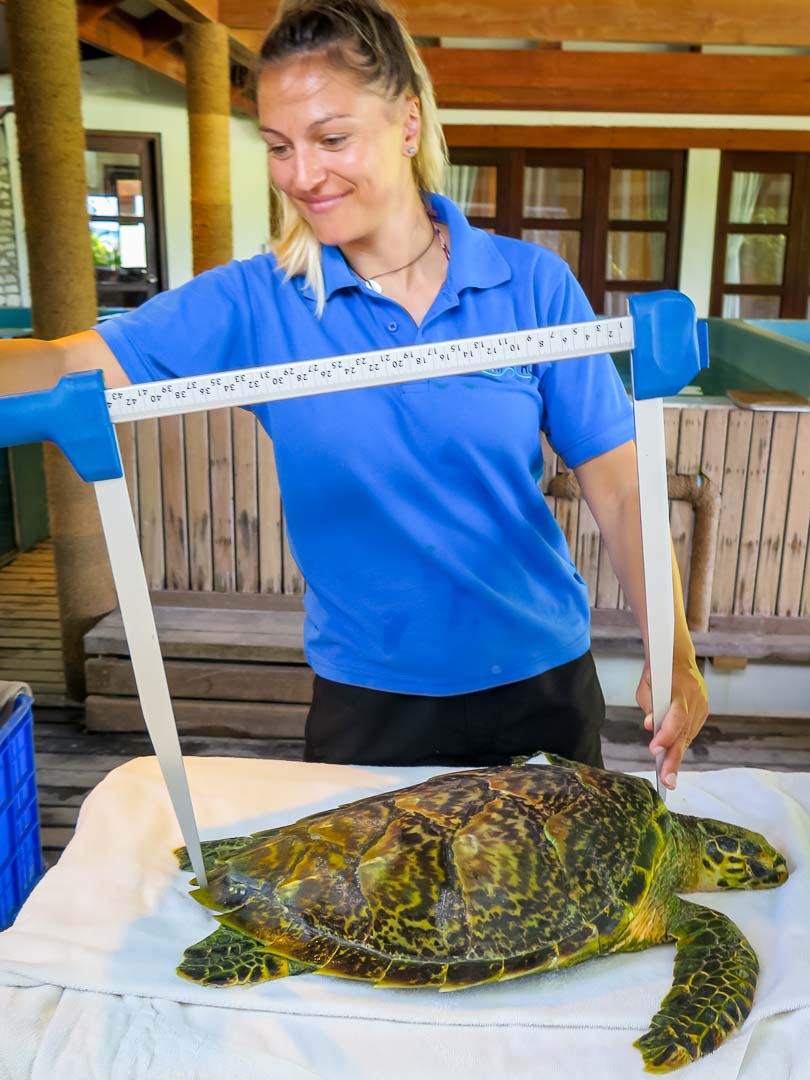 Villingili finally overcame all her medical problems, and spent much of her last few days just resting on the bottom of the pool.
On 10 May, she was taken to Makunudhoo reef for release, where she dived quickly below the surface to explore the reef below.
Weight = 8.7kg; length = 44.9cm.