Thari, a female Olive Ridley sea turtle, was admitted to our turtle rescue centre here in the Maldives on 7 January 2021. She was found during a snorkelling excursion, close to the resort island of Nautilus Maldives (Thiladhoo) in Baa Atoll. She was floating on the ocean surface, unable to dive down beneath the waves.

On admission to our centre, Thari was presenting mild dehydration and old scars on her shell and flippers, which could indicate that she was entangled within a net from which she freed herself some time ago.

She arrived late at night during a beautiful starry night, hence her name is Thari, the Dhivehi word for ‘star’.

Thari was cleaned of algae and given a fresh water bath for rehydration. Later she was given a course of antibiotics, subcutaneous daily fluids and vitamins with minerals to stimulate her appetite. She’s still very stressed and not eating consistently.

Now that her medical treatment is completed, she will be transferred to the Ocean Enclosure, where she can hopefully regain her ability to dive and get ready to be released. 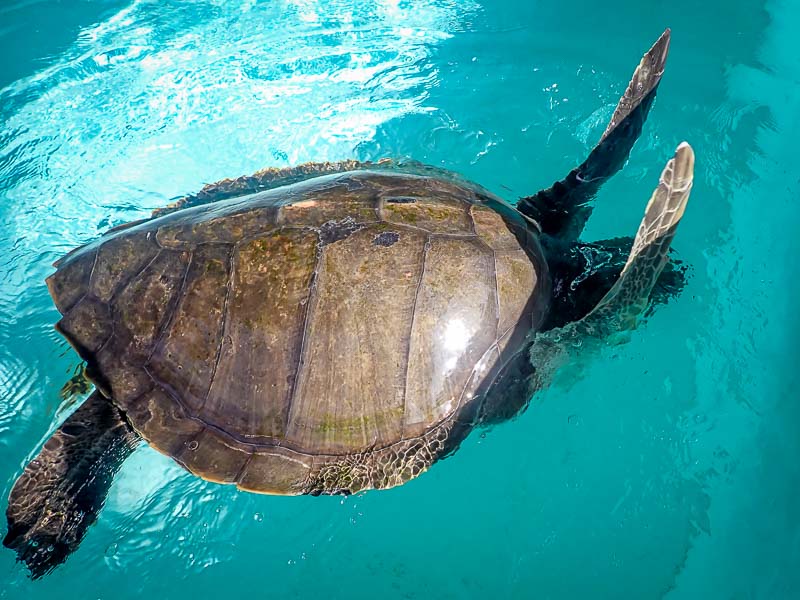 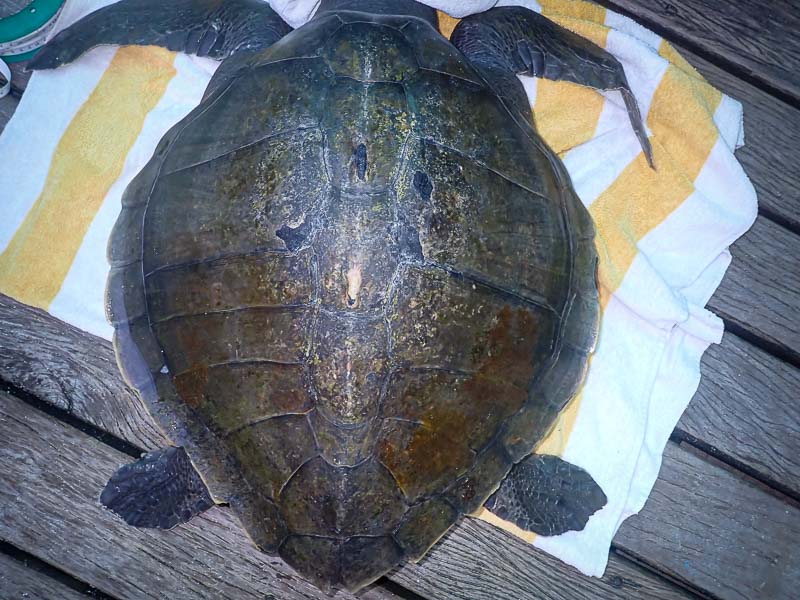 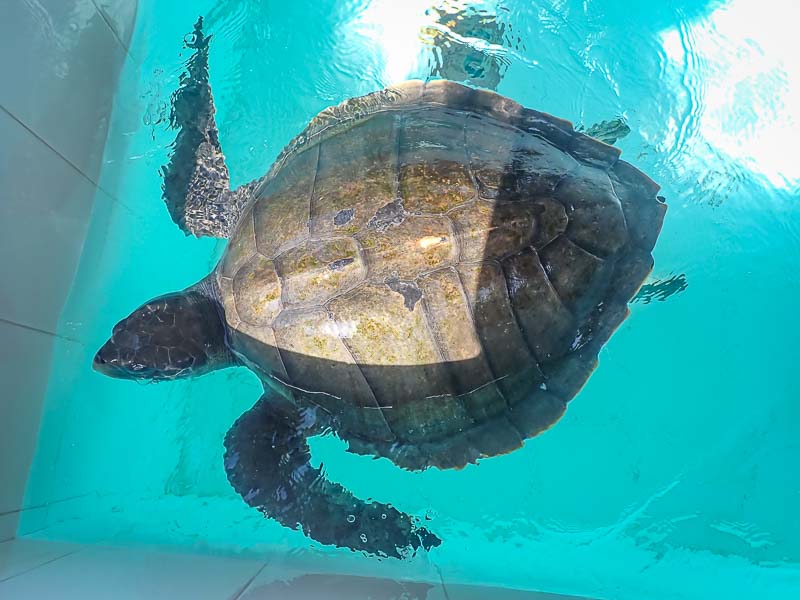 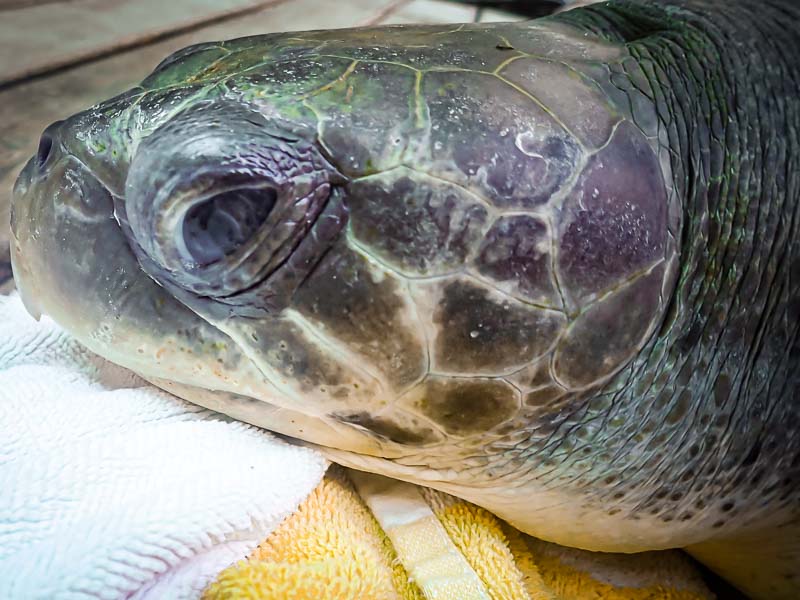 Sadly, Thari was found floating and unresponsive in her pool this morning.

Thari’s poor appetite continued after her course of antibiotics. She was moved to the sea enclosure (a less stressful envrironment), but she did not eat.
After one week in the enclosure, she was returned to our Centre for rehydration in a fresh water bath.
On return to the enclosure, she sadly died over night (cause of death yet to be determined).