On 7 March 2018, Ranee, a juvenile Hawksbill turtle, was found at Bandos (North Malé Atoll) entangled in a net. Ranee’s right front flipper was badly injured, so we had to surgically amputate the flipper and administer antibiotics. Ranee is a turtle that is often seen at Bandos local reef, and everyone hopes she can recover for a quick release.
Ranee is able to dive, and she likes to spend her days resting at the bottom of the pool, watching Rosa swimming around. 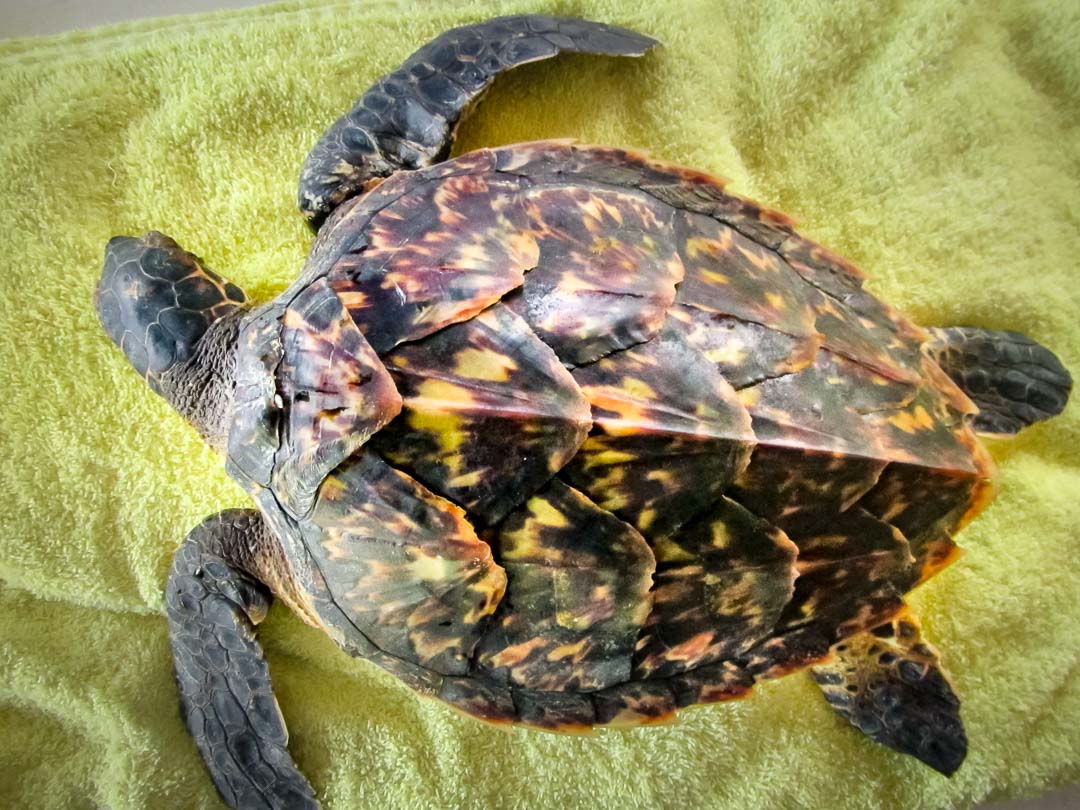 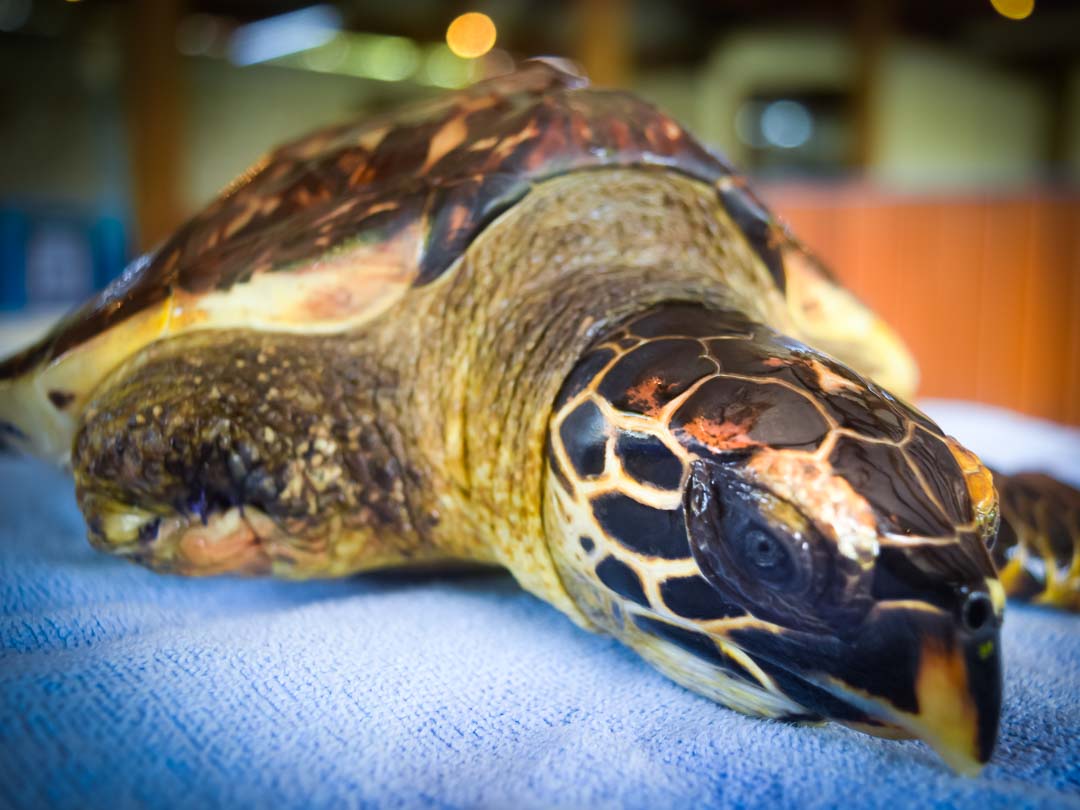 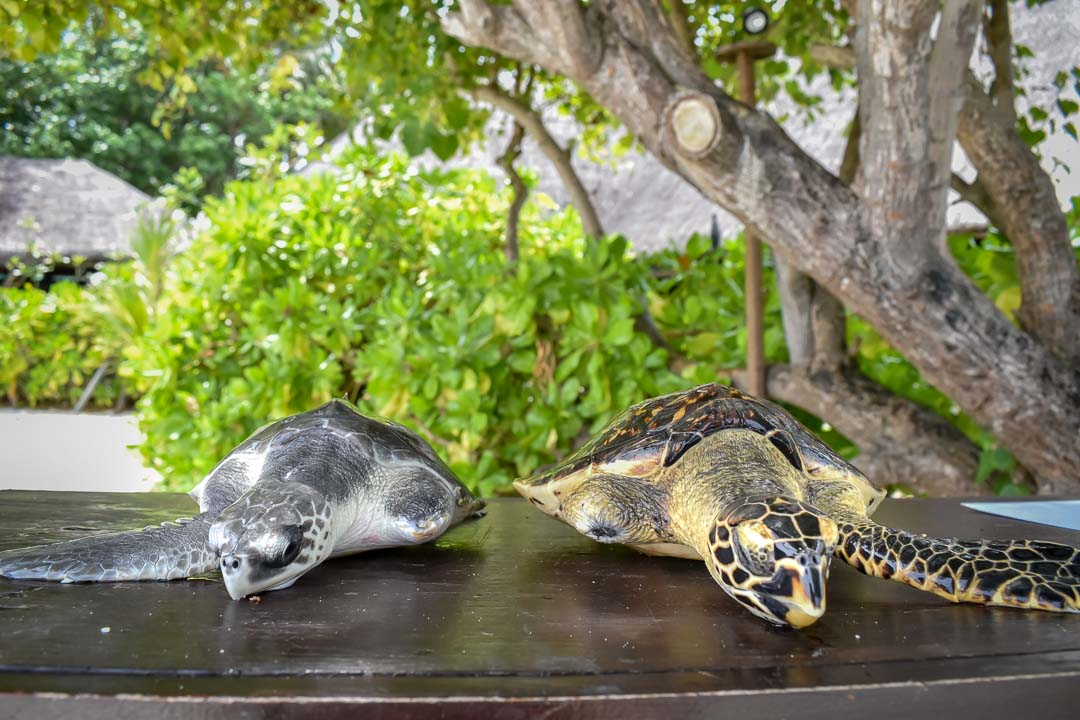 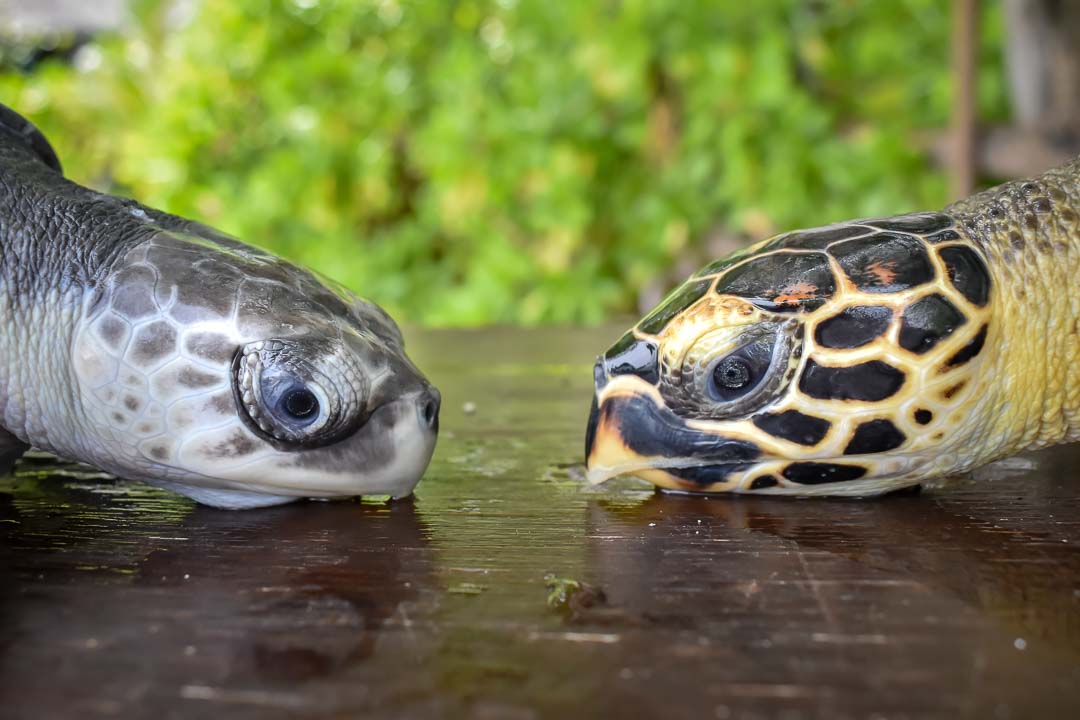 Ranee’s amputation is healed and looking healthy. She is growing and gaining weight every week, and likes to sleep next to Snoopy and swim around with Quasi. 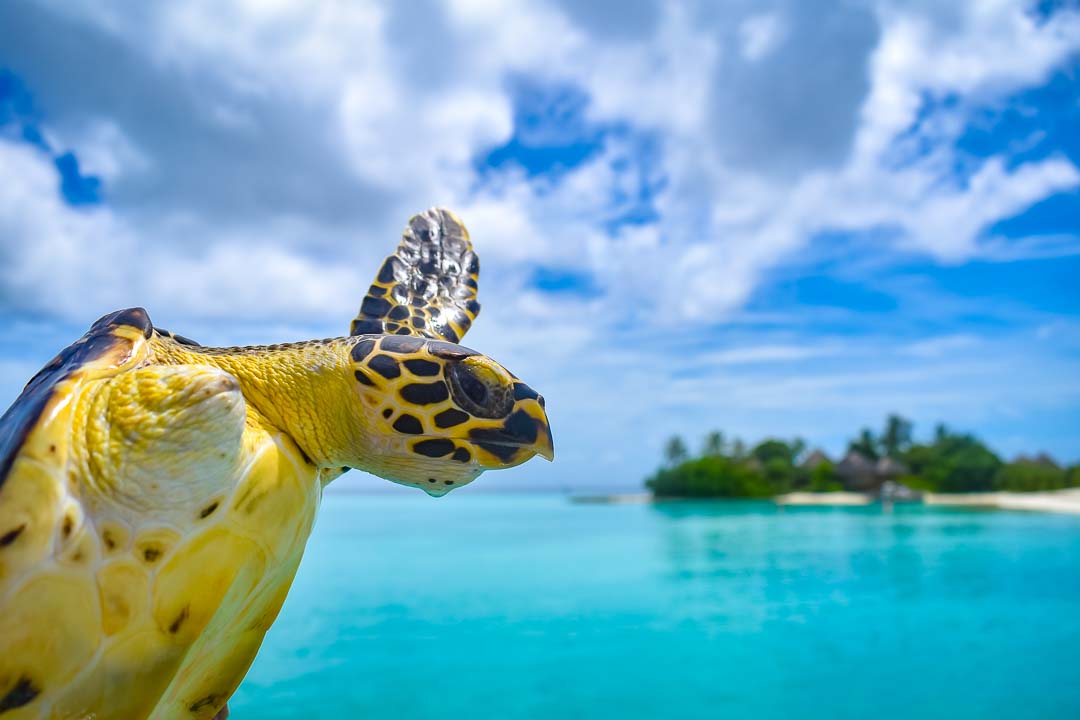 Ranee has recovered well at our Centre, so we were pleased to release her back into the ocean close to Bandos Island Resort where she was found. 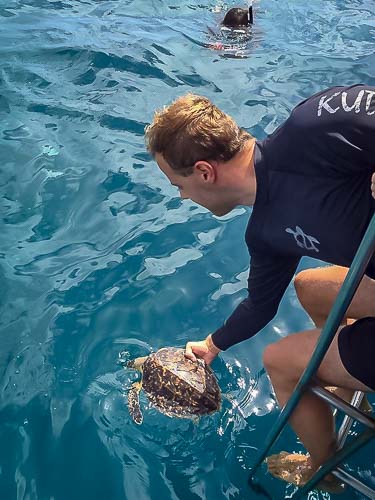