Admission Note: Quint was found struggling to swim outside the atoll near Chaaya by a guest house operator and his guests from our neighboring local island Bodu Huraa. Upon arrival, Quint was very lethargic, underweight and had a severe eye infection – the young turtle’s eyes were swollen and completely closed. Quint was cleaned and given eye drops before being allowed to rest on a towel overnight. Normally we do not see hatchlings of Quint’s size swimming at our reefs and it is likely this hatchling was recently released from a local island after being kept as a pet (it also did not have any algal growth).

Update (05/07/2016) Quint’s eye infection continues and remains severe affecting the hatchlings vision and ability to eat. The treatment has been modified and we are hopeful improvements will begin with the additional medication.

Update (16/08/2016) Quint’s eye infection remains persistent but has improved since arrival. The turtle’s eyes are less swollen and Quint is now able to find his food without assistance. Treatment will continue until eye infection has completely cleared.

Update (January 2017): Quint took a sudden turn for the worse, and sadly died on 4 January, after 198 days on our care.
Quint had an ongoing eye infection since arrival, only grew 6.4cm and gained 300g – far less than typical during this phase of a sea turtle’s growth. 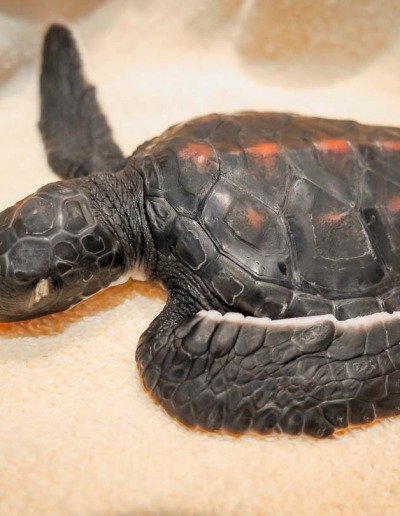 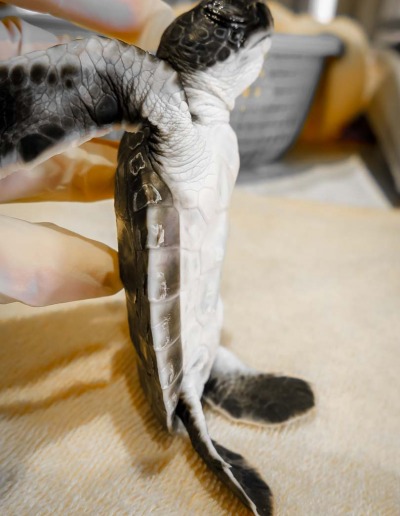 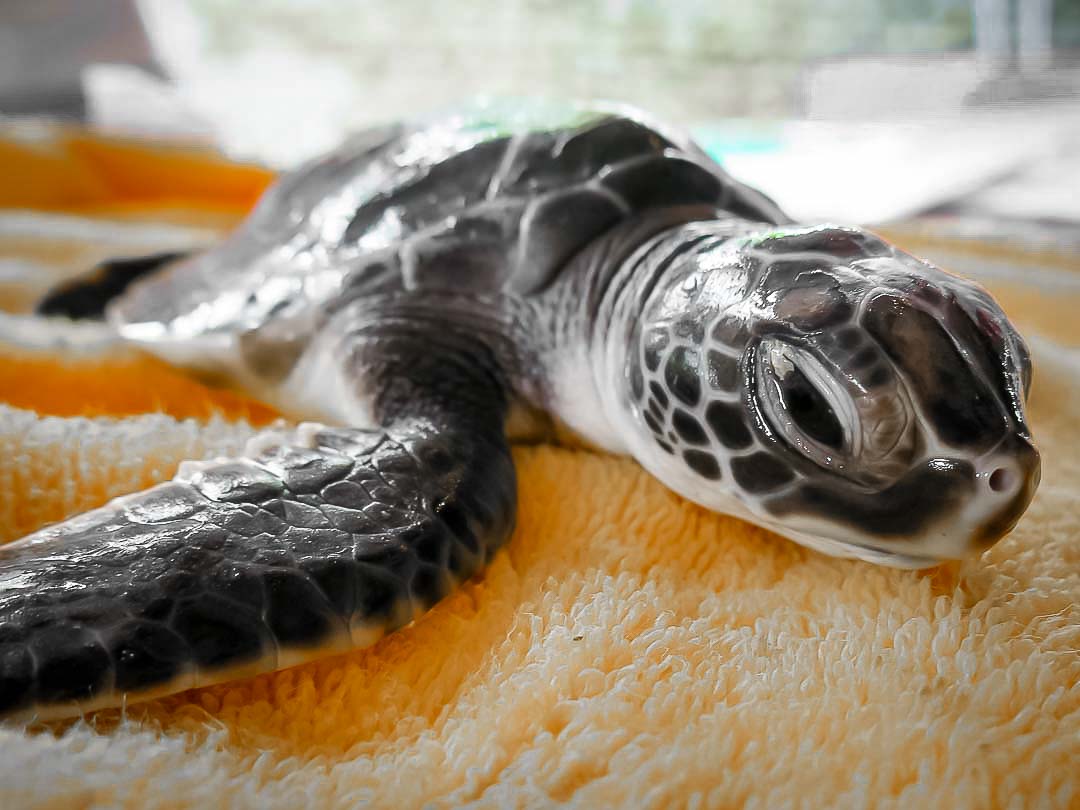 Thanks to Culinary Edge TV for their video. 🙂