On 21 October 2016, a juvenile Olive Ridley turtle was found entangled in a ghost net upon returning from the Shark Safari excursion at Bandos. After rescuing the turtle, it was transported back to our Centre due to extensive injuries to three of the four flippers. The left rear flipper sustained the most injury as it is almost severed, causing severe swelling, and bone fragments were found within the wound. It is unclear if this flipper will need to be amputated due to these injuries at this time. The front right flipper sustained muscle damage, exposing the bone while the front left flipper sustained deep muscle lacerations. Bone fragments have been removed from both lacerations.

Updates October 2016: Pumpkin is very active in the pool but has difficulties with buoyancy. The turtle is able to dive down but cannot rest on the pool bottom. Pumpkin’s wounds continue to heal and the rear left flipper remains under evaluation.

Updates November 2016: With the use of ‘Beano‘, Pumpkin is now able to dive normally and rest on the pool bottom. Pumpkin is very active but does not use the injured right front flipper and left rear flipper. Since these are on the opposite sides of the body, Pumpkin will be able to swim normally and still a candidate for successful release. Antibiotics have been discontinued and Pumpkin will be evaluated for release in late December.

Updates January 2017: Pumpkin was successfully released after 86 days of rehabilitation to recover from entanglement injuries to three out of four flippers. During care, Pumpkin gained 2.2kg in weight, and all flippers recovered well to allow some function in the two more severely injured flippers.

Pumpkin was rescued from this ghost net 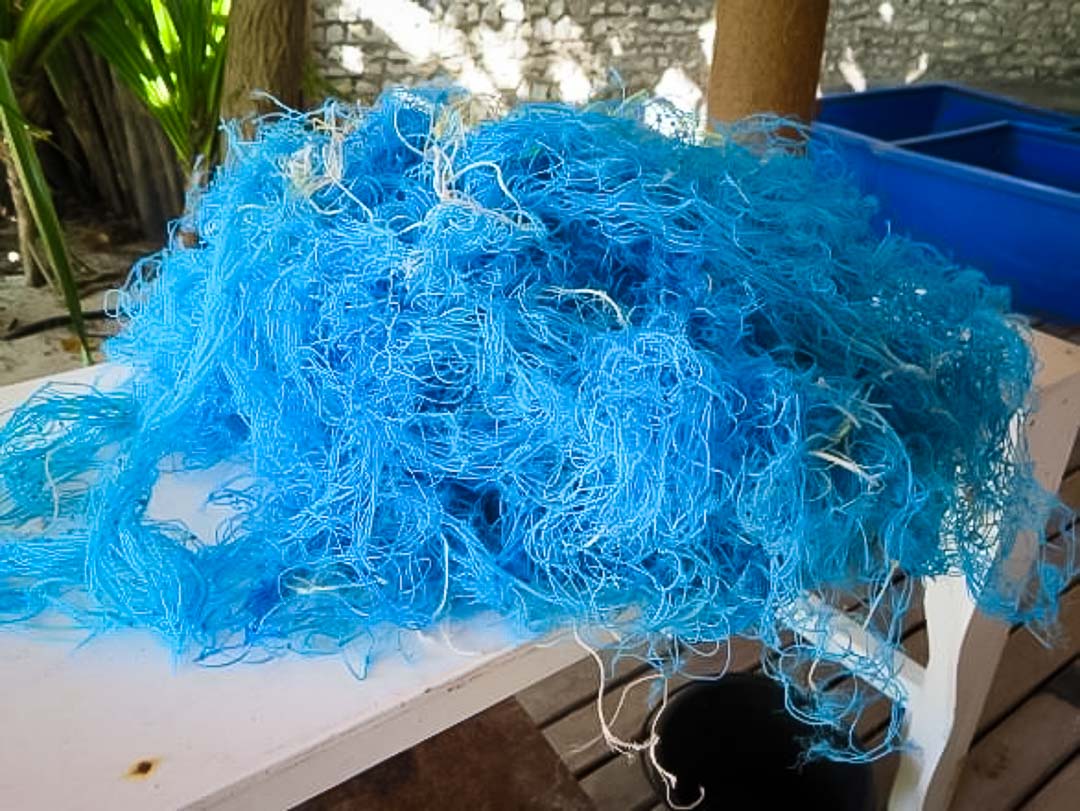 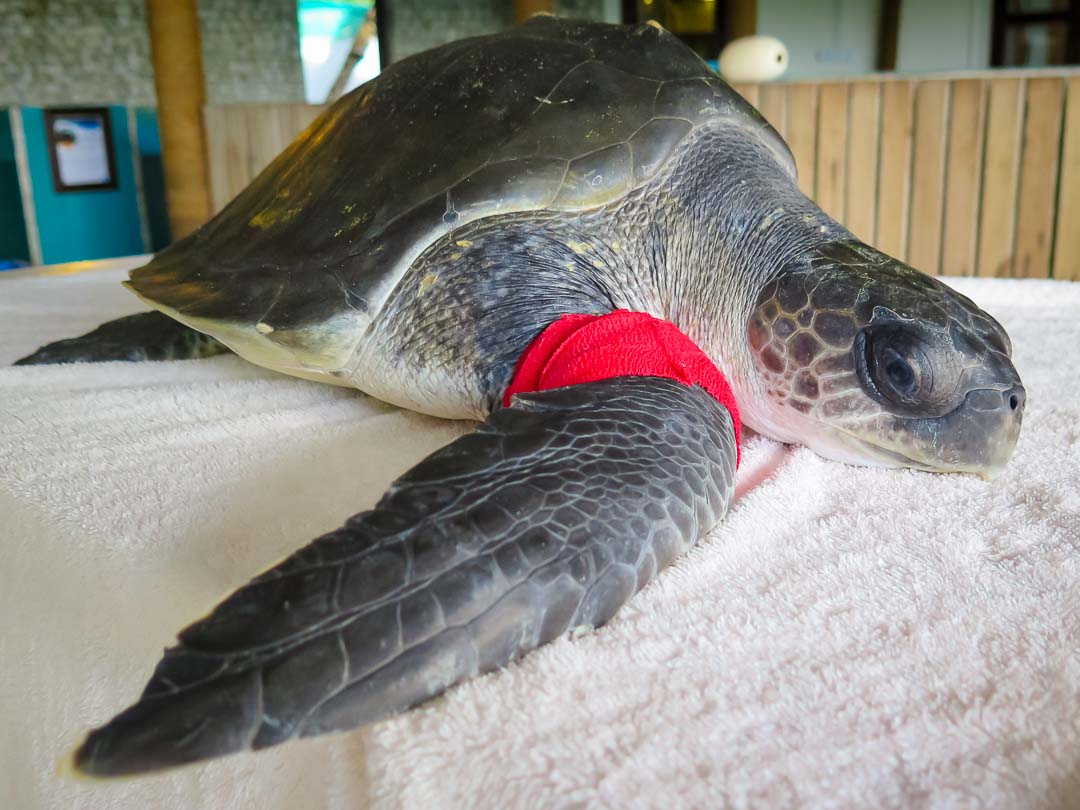 Pumpkin’s front flipper – on arrival and after healing 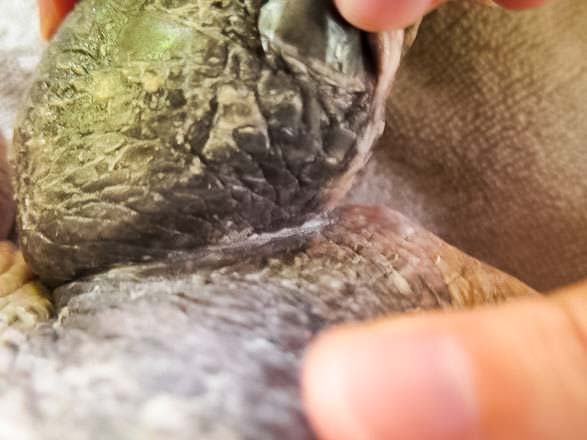 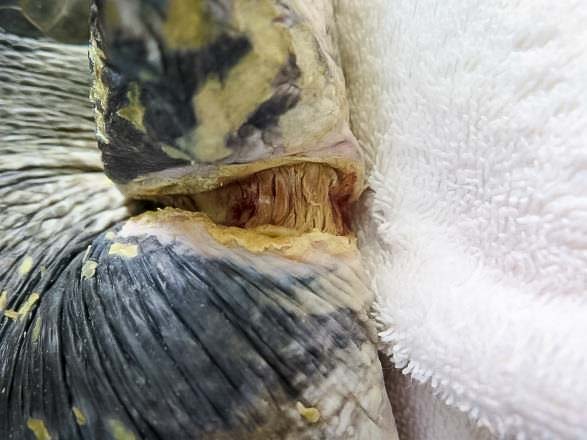 Pumpkin’s rear flipper – on arrival and after healing 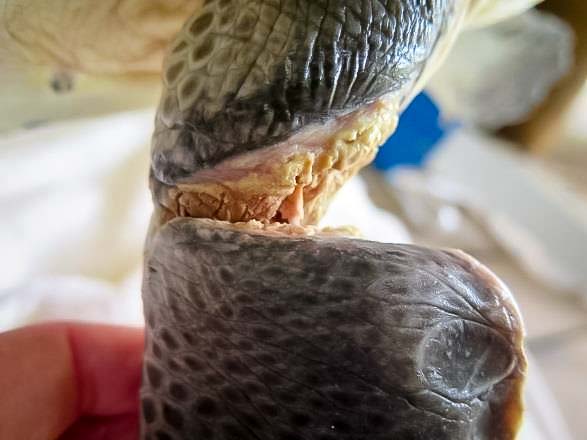 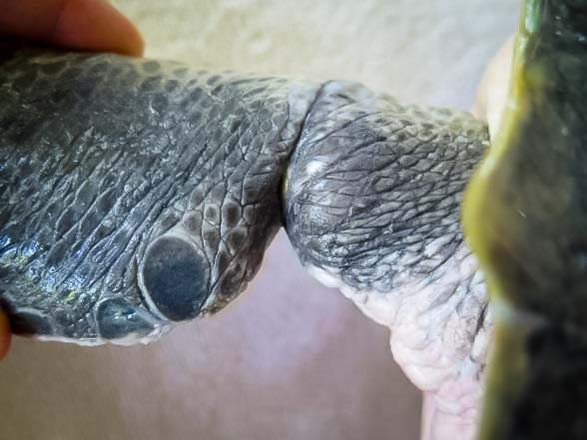