After Pumpkin Pie’s extending bones were removed at the end of October, the turtle’s very extensive wounds are slowly beginning to show signs of healing. Pumpkin Pie has also begun to make progress in swimming but is still unable to dive. Due to missing flippers on both sides of the body, front and rear left flippers, it is uncertain if Pumpkin Pie can ever be released as such a swimming deficit will significantly decrease survival chances in the wild.

Over the month, Pumpkin Pie’s wound care regime had been decreased from twice to once daily as the amputation sites heal. The stitches were removed on 16/11/2016 with one stitch still remaining in place. 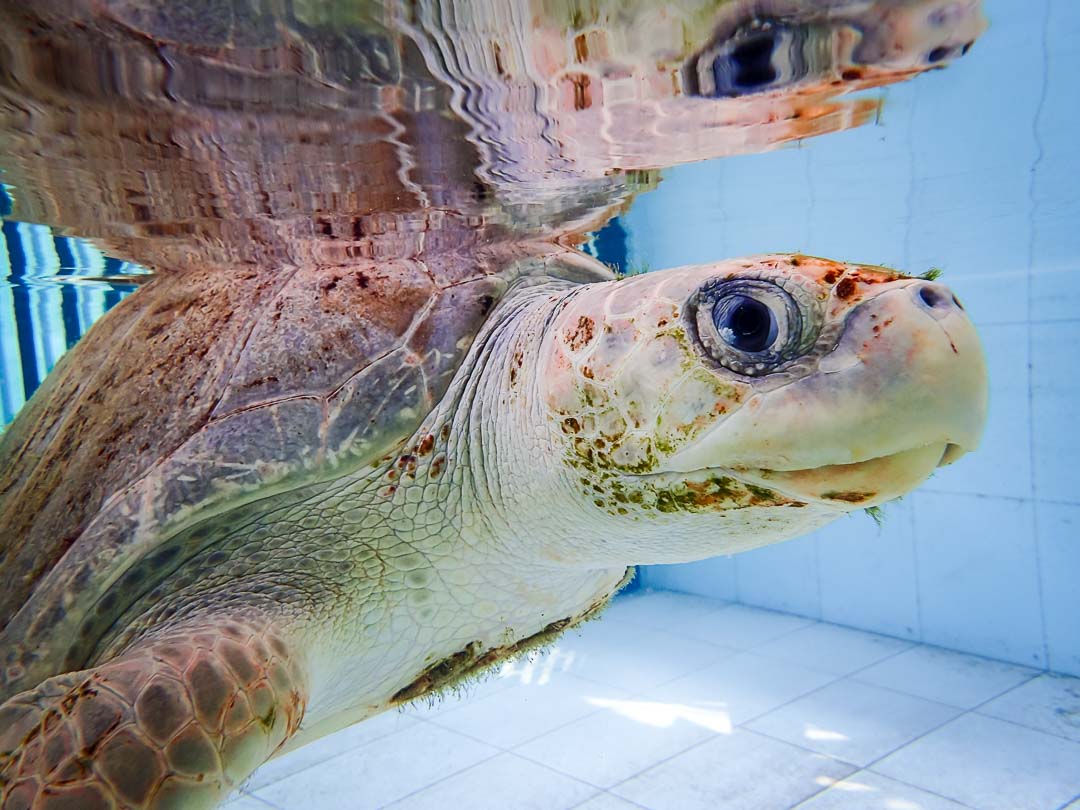 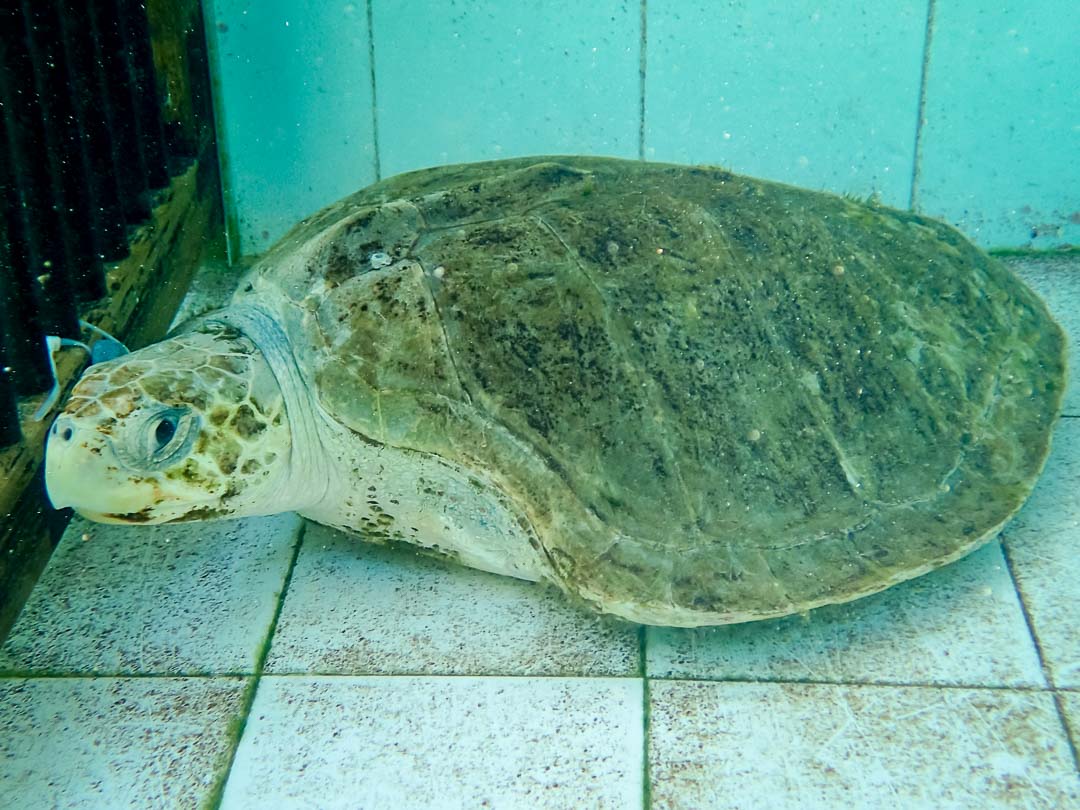 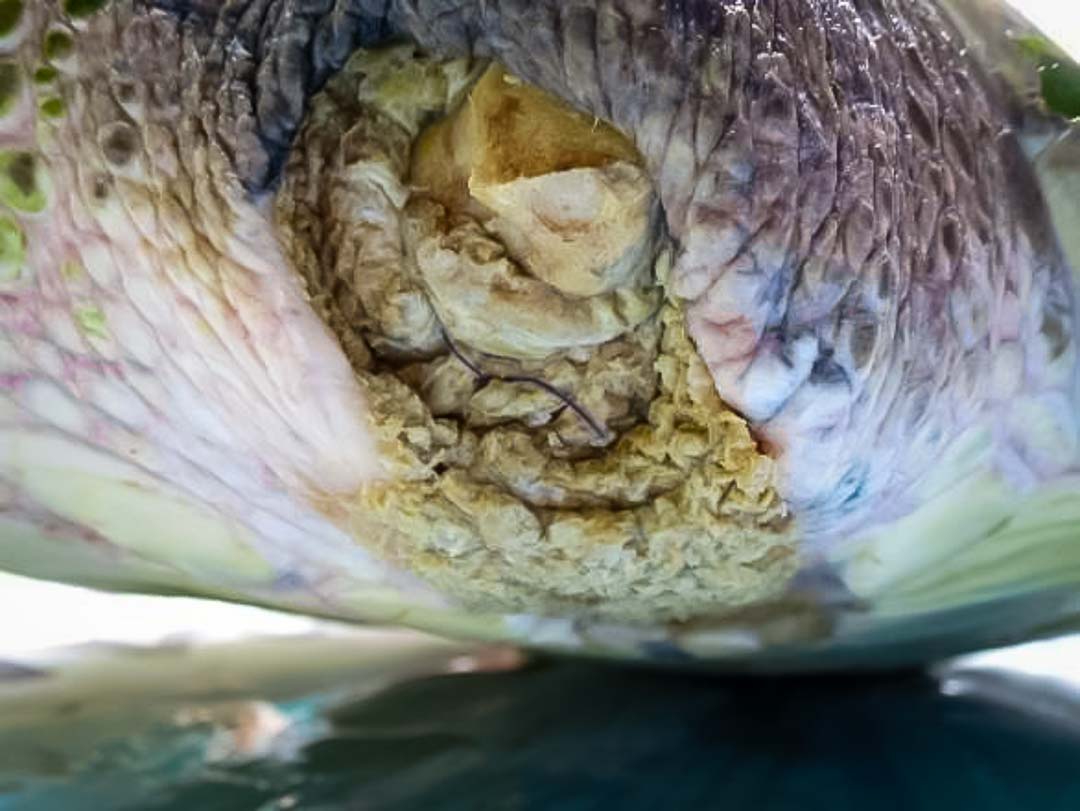 Pumpkin Pie’s amputations are healing well and immense care has been taken to ensure these sites remain clean and well debrided (dead tissue removed). However, no changes have been made in the turtle’s mobility and it is unlikely this turtle could ever be healthy enough for release back into the wild.

Pumpkin Pie has made substantial progress in her mobility, and she is now able to swim around to collect her food as well as being able to dive down to the bottom of her pool. She loves to nap and can often be seen tucked away in the corner of the pool catching up on some sleep!

Pumpkin Pie’s amputations are healing well and she is gaining manoeuvrability around her pool. She no longer has to be hand fed her food and is capable of swimming after any pieces dropped with ease.
Despite major improvements in Pumpkin Pie’s condition, it is difficult to determine whether life back in the ocean would be the best option. 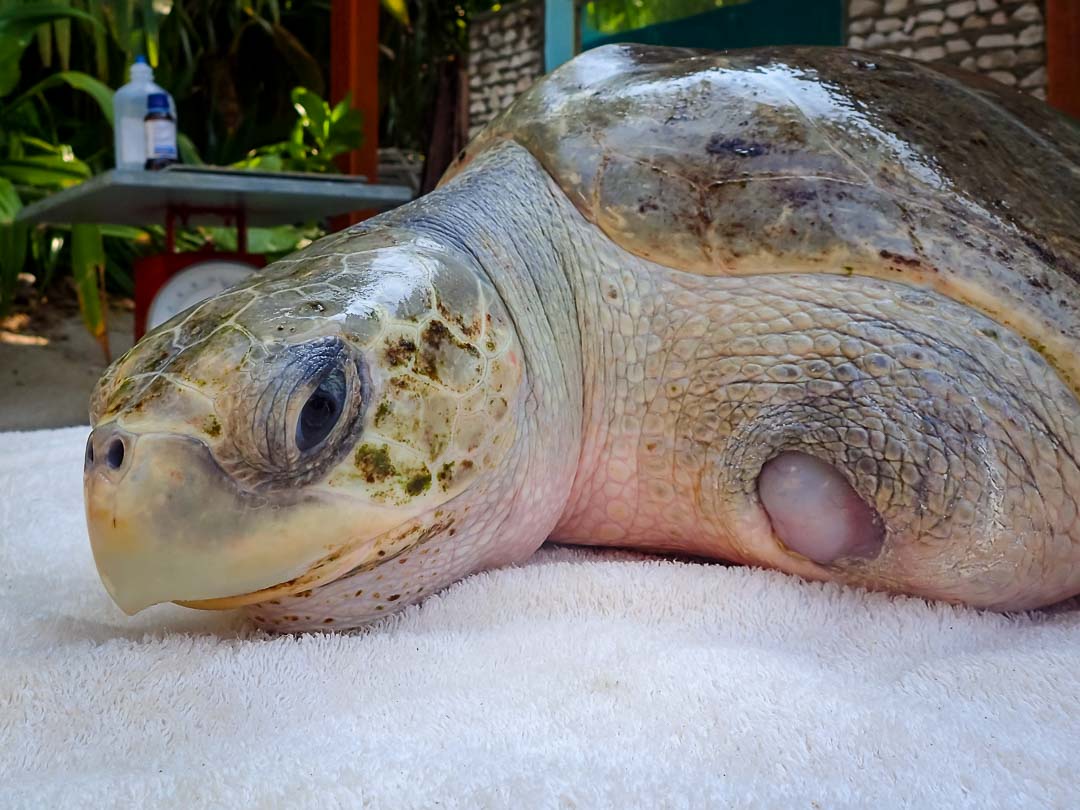 April 2017
Pumpkin Pie’s amputations are healing well, and she is gaining manoeuvrability around her pool. At the moment she does not attempt to dive after dropped food items, so we went back to hand-feeding. Some bacterial infection was observed on the carapace and was treated with Silverleb.

May 2017
Pumpkin Pie is still suffering from floating syndrome, but is making attempts to dive during feeding time. Her amputations are continuing to heal very well. She is a fussy eater, and only eats certain pieces of fish. There are still signs of infection on the carapace and we are treating with antibiotic cream. 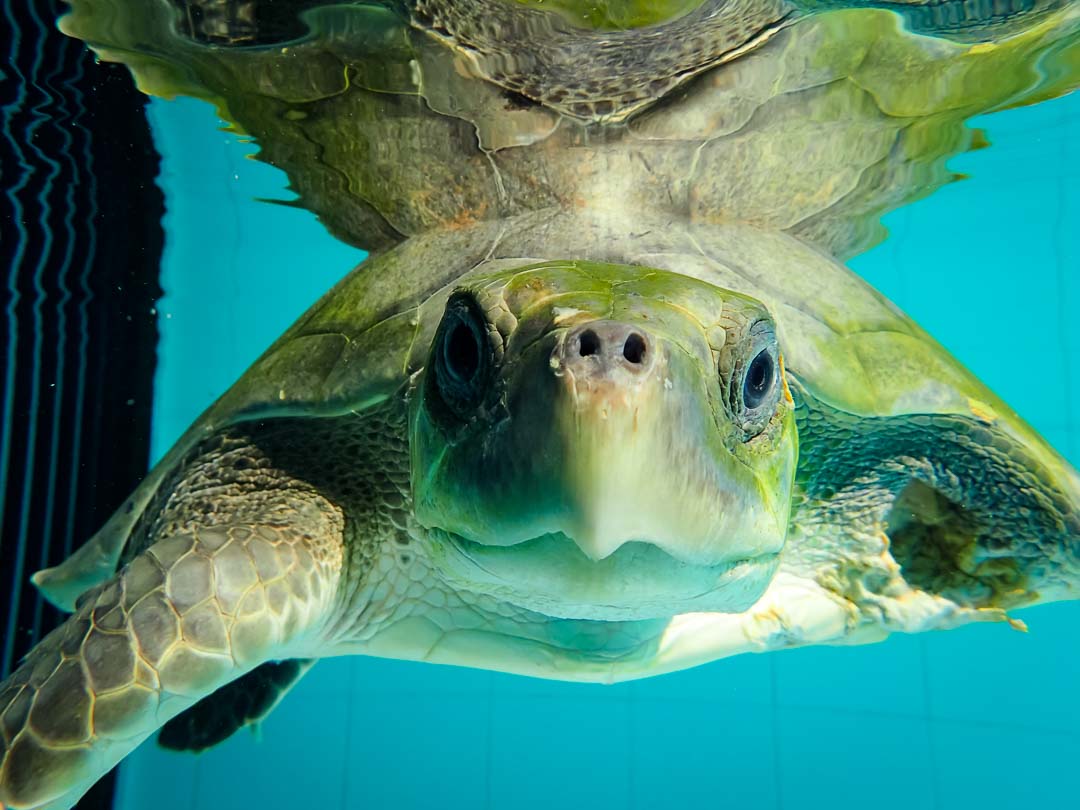 Pumpkin Pie is still suffering from floating syndrome but is active in her pool, chasing food at the surface, playing with her toy ball and also the incoming water flow! Her amputations are continuing to heal very well and she doesn’t show anymore signs of infection on the carapace. She is still a little bit fussy with her food but shows some improvements. Definitely the most gentle and sociable of our turtles. 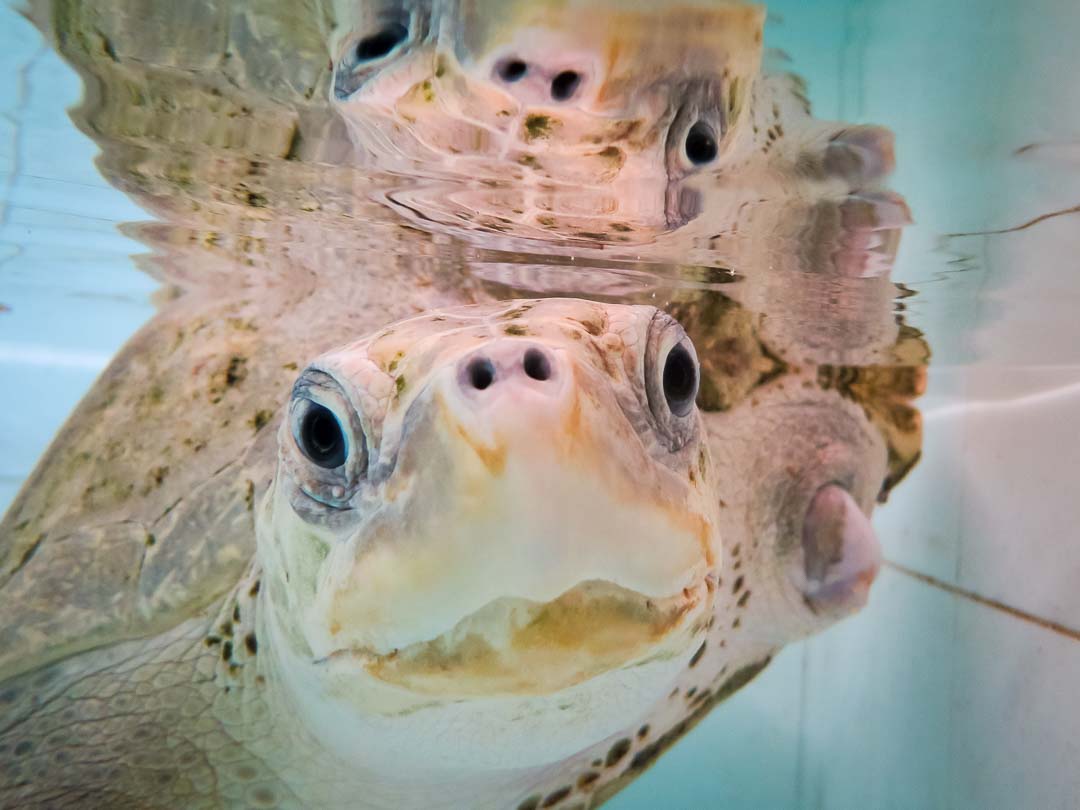 Pumpkin Pie is still suffering from floating syndrome, and doesn’t try to dive at all to get her food. For an unknown reason, Pumpkin’s amputation (LFF, left front flipper) became seriously infected on 9 September. Small incisions were made to remove the puss and necrotic tissue from the wound. It is since healing well and has stopped ‘leaking’. Although it looks a little swollen, Pumpkin is on a aggressive form of antibiotics to assist further in her healing and seems more comfortable now. 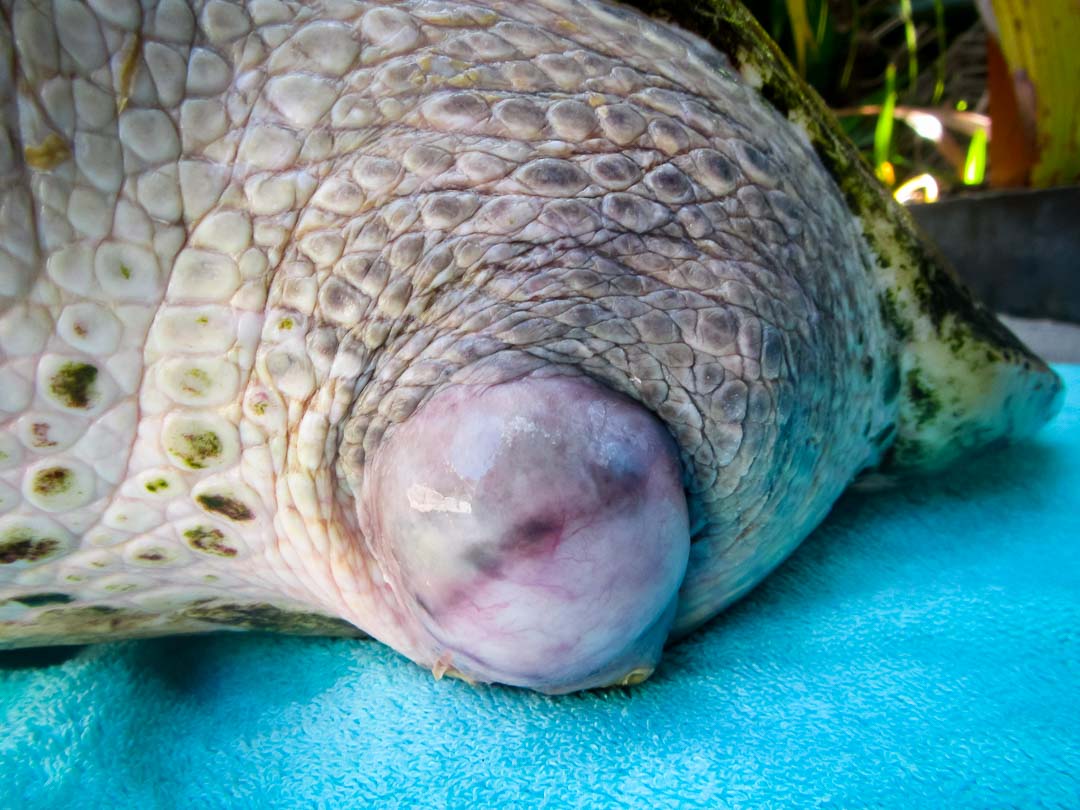 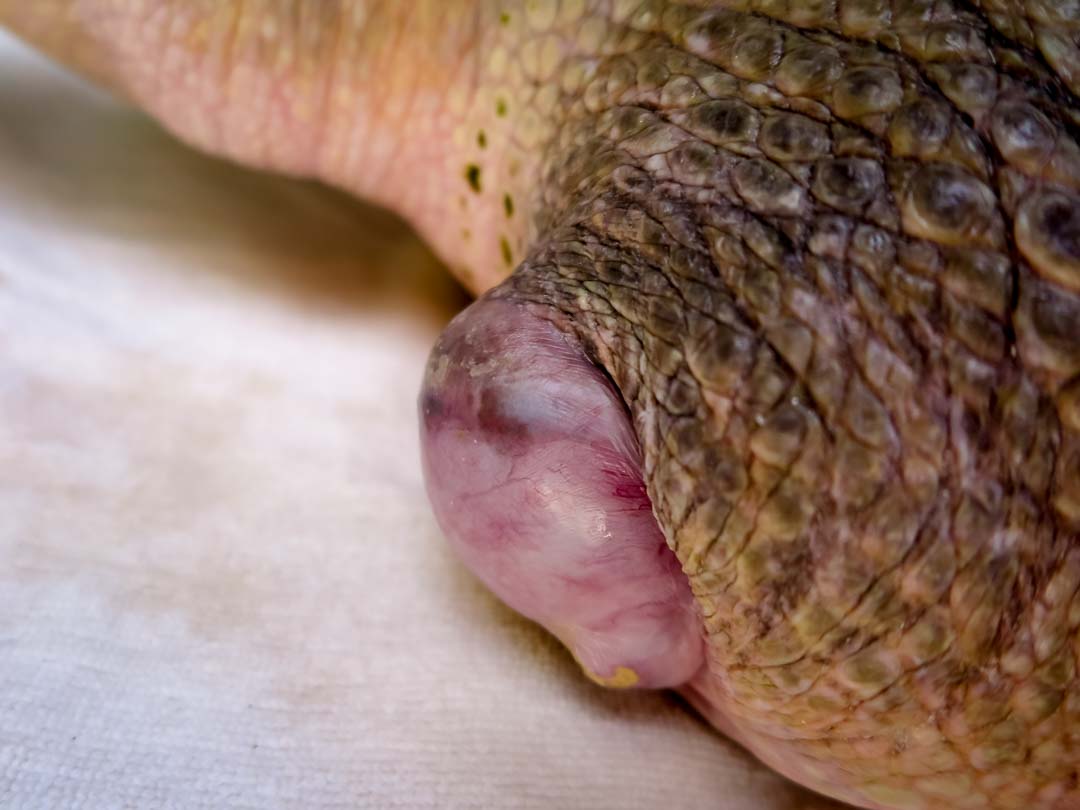 On 6 October, Pumpkin Pie was sent to the Olive Ridley Project’s Veterinary Clinic for emergency surgery. She is now recovering from this intervention and we are waiting for her to come back to our Centre.

Pumpkin Pie returned from the Clinic after three months in post-surgery observation, and thanks to the expert care she received, her stump is healing very well. She is very active, so we have started to take her for a twice-weekly ocean swim, where she dives down to 5m! 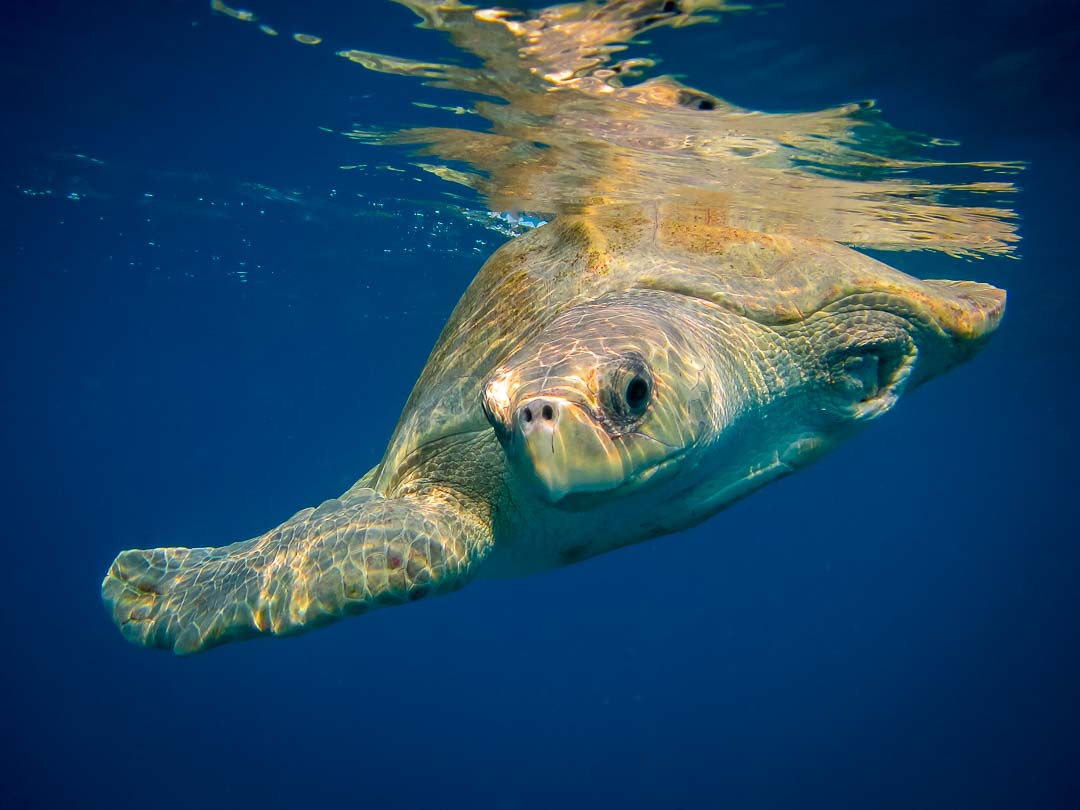 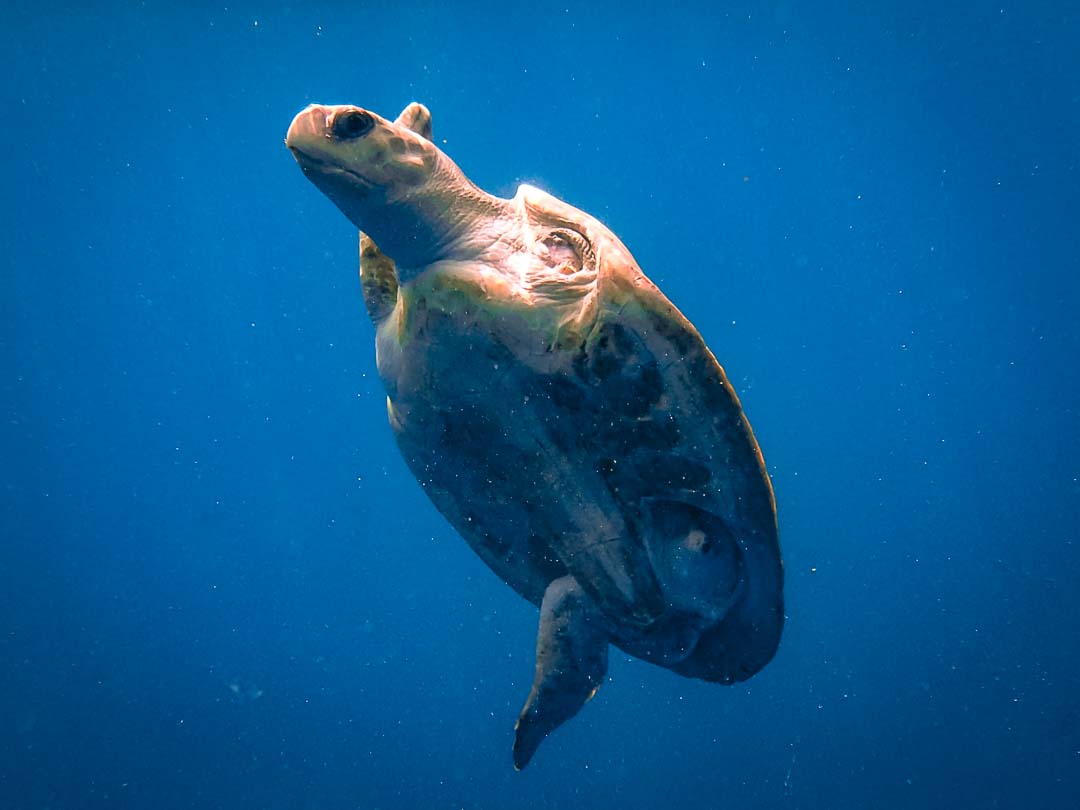 We released Pumpkin today, after being with us for 1.5 years! She had displayed big improvements in her swimming and diving skills over the past few weeks, and her injuries have totally healed. During her rehabilitation sessions out in the lagoon, she was able to rest on the seabed for extended periods of time and would graze on corals!
And so today was chosen for our ‘Princess Pumpkin’ to return back to the big blue. Enjoy the photos and video, as we wave her a Bon Voyage! 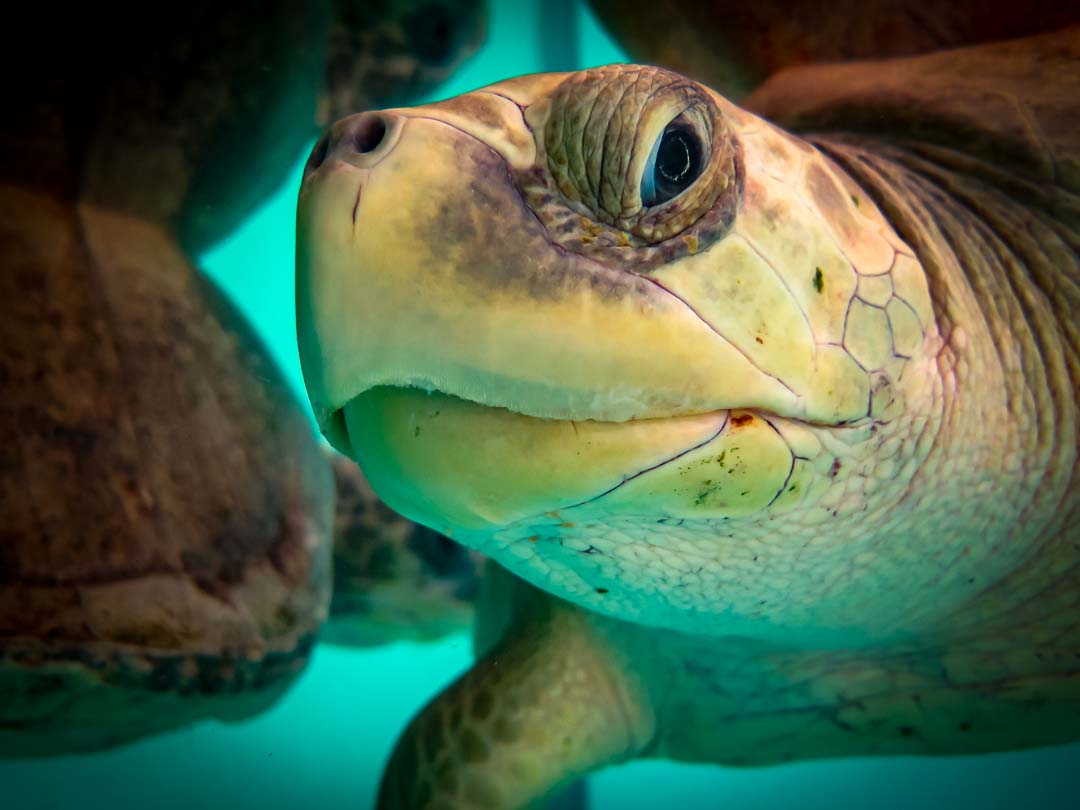 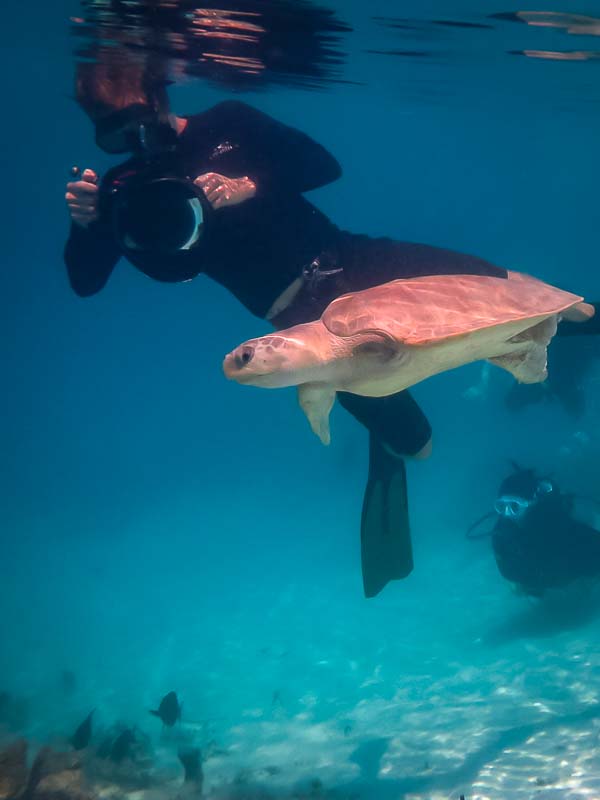 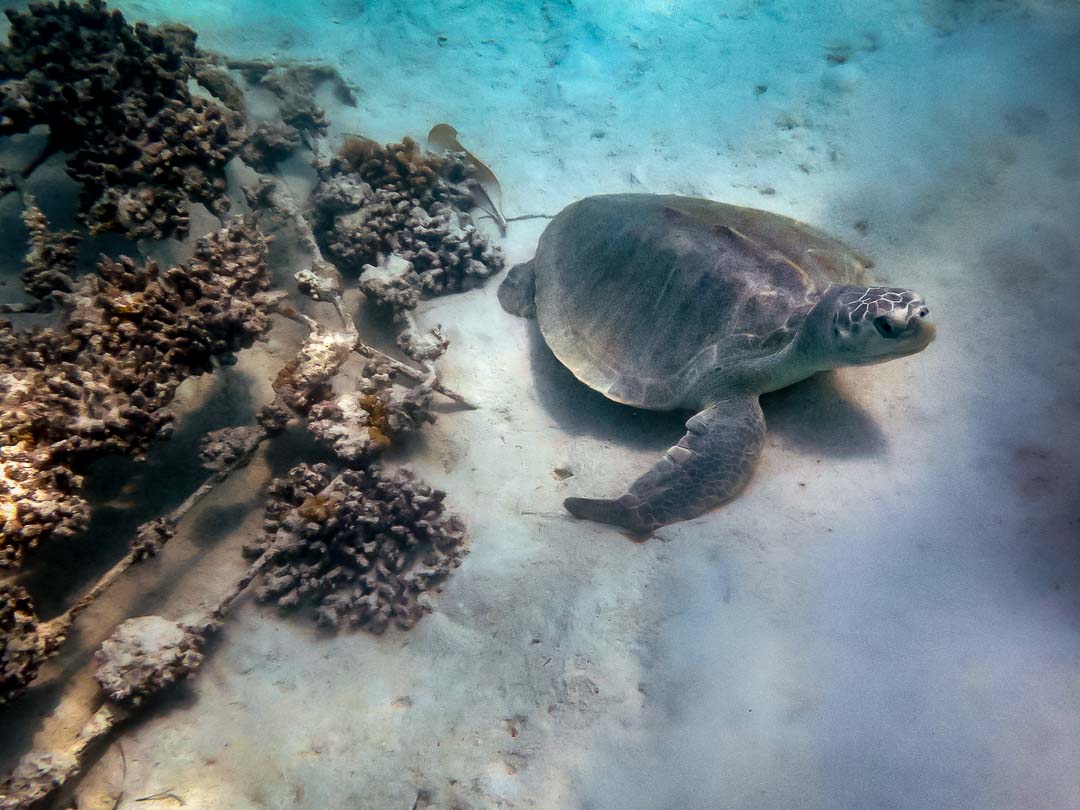