Poppy (along with Julie, Susy, Bones and Max) successfully made it to our centre at Kuda Huraa, where they are now receiving treatment. This patient was one of the lucky ones, and was admitted with only superficial wounds including flipper bites and shallow abrasions across her flippers. She is now receiving fluid therapy to hydrate her and provide some much needed energy, however we are very encouraged by initial behavior as she is comfortably able to dive to the bottom of her new pool. Poppy will be able to go back into the wild once she shows she is consistently able to dive and has reached a healthy weight for her size. 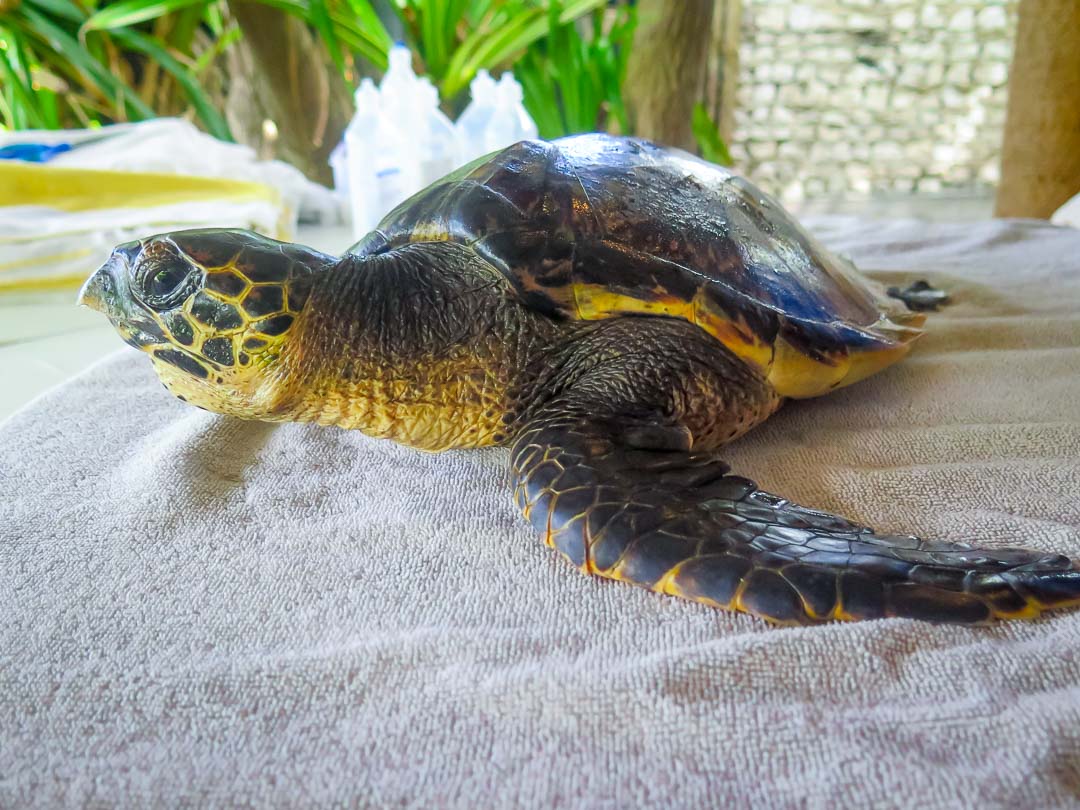 It was a special Easter Sunday this year ! After 45 days of care and rehabilitation at our Centre, we were able to release Poppy back to her ocean home.
After a 40 minute boat ride to our snorkeling site at Makunudhoo, the time had finally come. Our guests were cheering and once in the water Poppy did not hesitate; she swam straight towards the reef, tucking herself underneath a piece of coral before starting to explore her new surroundings. Best wishes for the future, Poppy! 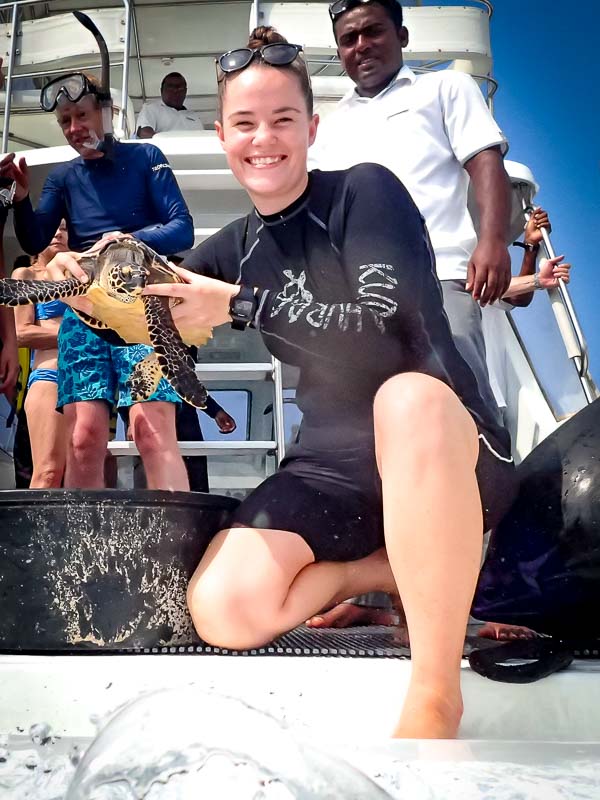 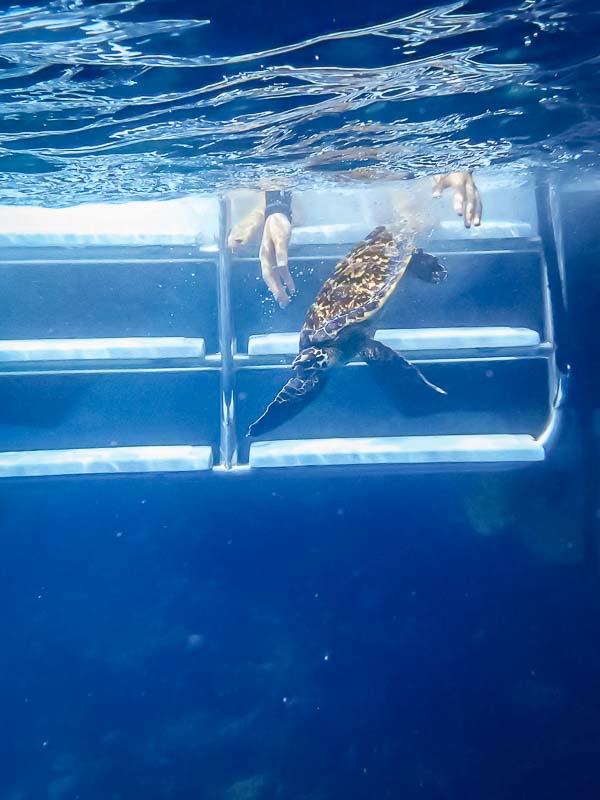