Max (along with Julie, Susy, Bones and Poppy) successfully made it to our centre at Kuda Huraa, where they are now receiving treatment. Thankfully, the wounds sustained by this turtle are mostly superficial and are easily treatable through consistent wound-care practices. Max will be eligible to return back to the ocean once the team has given him a clean bill of health. 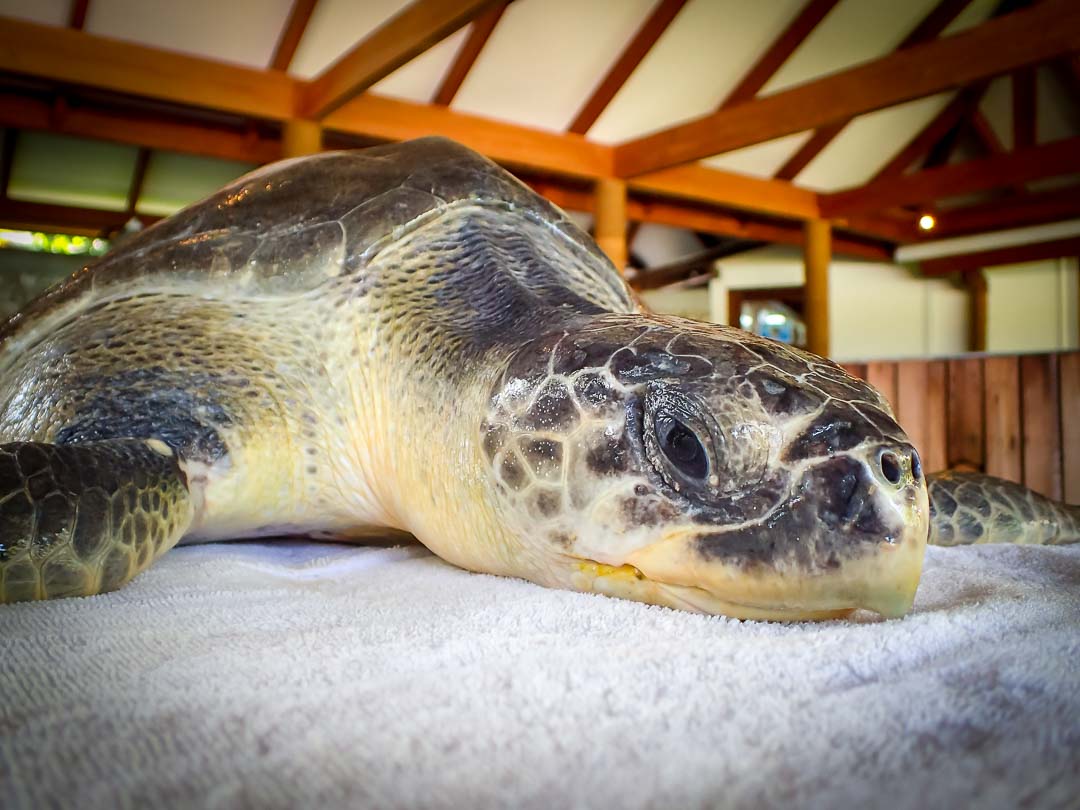 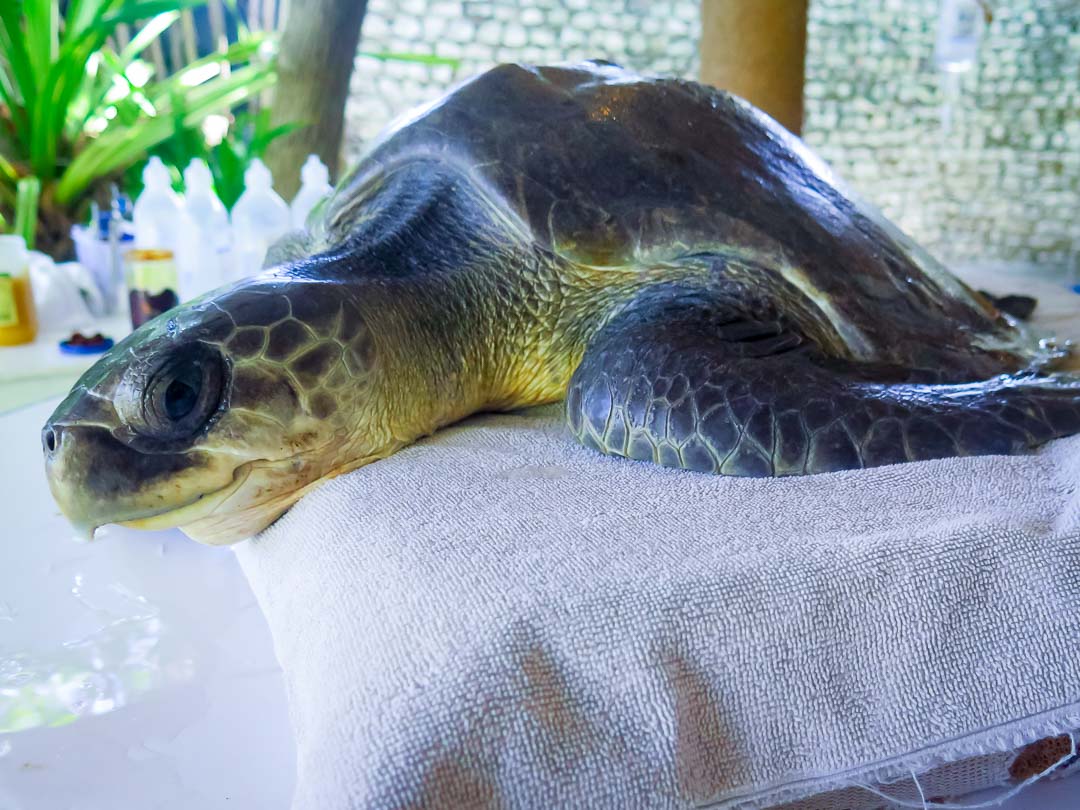 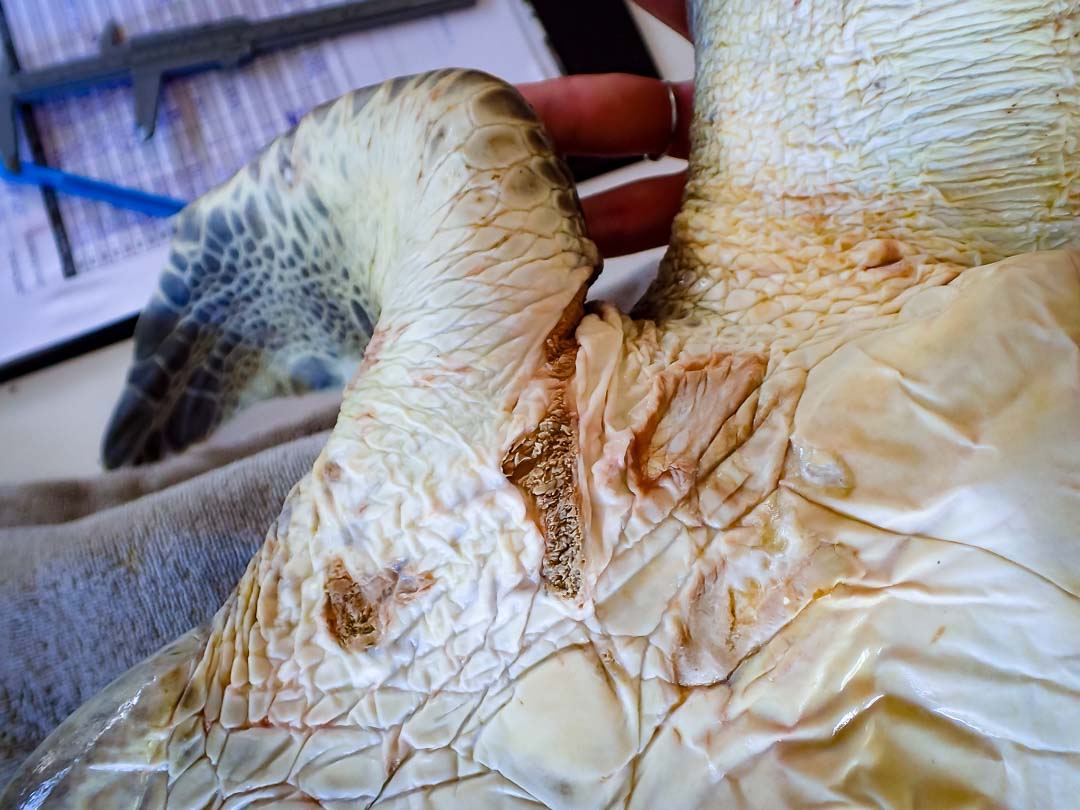 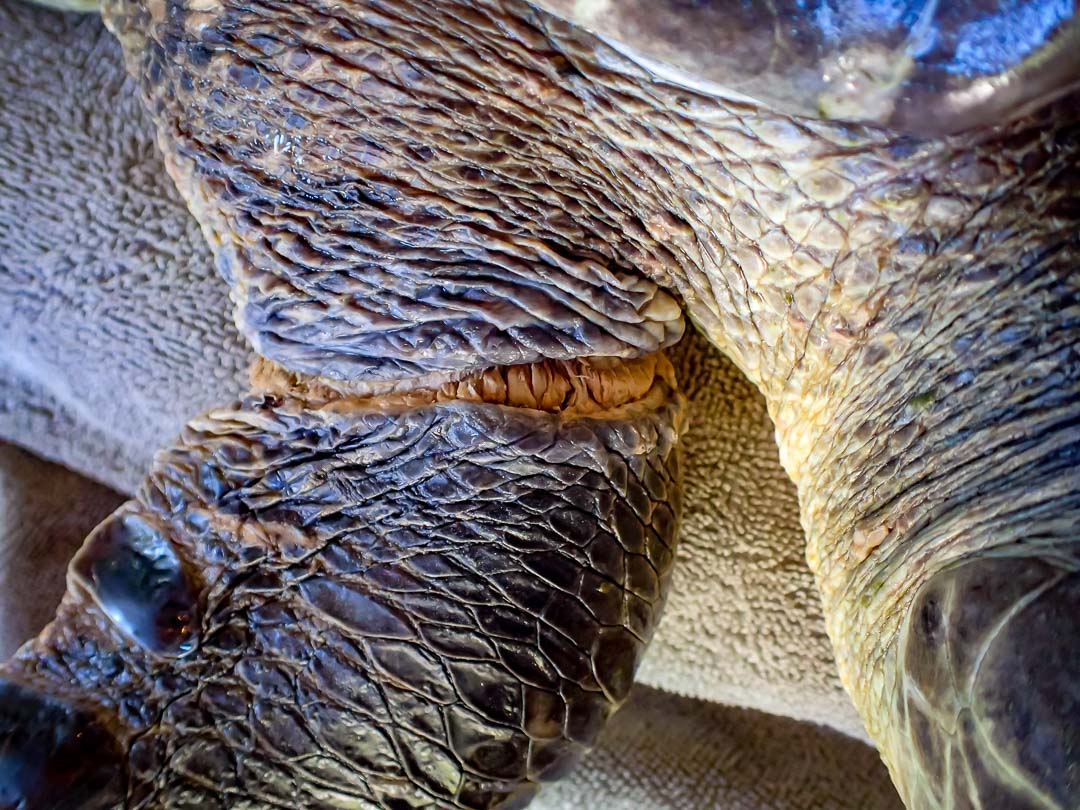 April 2017
Max is very active, especially during feeding time and is slowly putting on weight. Unfortunately his diving is not improving.

Max has now been moved to a larger pool to further encourage activity. He made his first successful attempt to dive in mid-May, and has continued to gain strength. During feeding times, we encourage him to remain underwater throughout the feed by throwing pieces of food in front of him to create a trail; thankfully, he is very motivated by food! Despite this progress, he doesn’t make any attempts to dive out of feeding times and has not been seen resting on the pool bottom.

June 2017
Of the four surviving turtles, Max is the last to return back to his ocean home. We have been amazed by his transformation in this short time; turning from a very emaciated and weak turtle into the feisty juvenile we know now! ​In the past weeks, Max made huge improvements in his strength and buoyancy, quickly re-learning his diving skills and becoming more comfortable feeding.
He has now been successfully released back into the wild, and showed no hesitation in swimming off to explore the coral reefs!