Admission note: The 13 Green turtle hatchlings were brought to Landaa Giraavaru with several bites on their bodies and tails. Some had eye infections and necrotic tissue around their cloacas. They ranged in SCL from 6.9 – 11. 1 cm and weighed between 56 – 234 g. 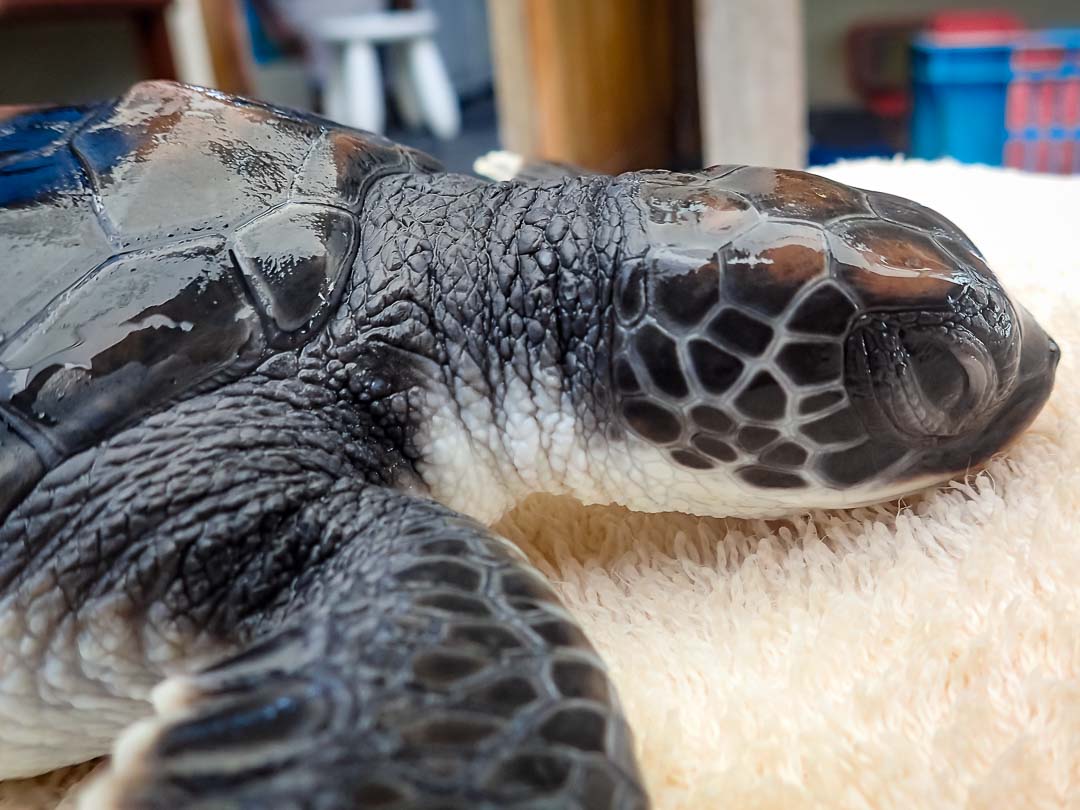 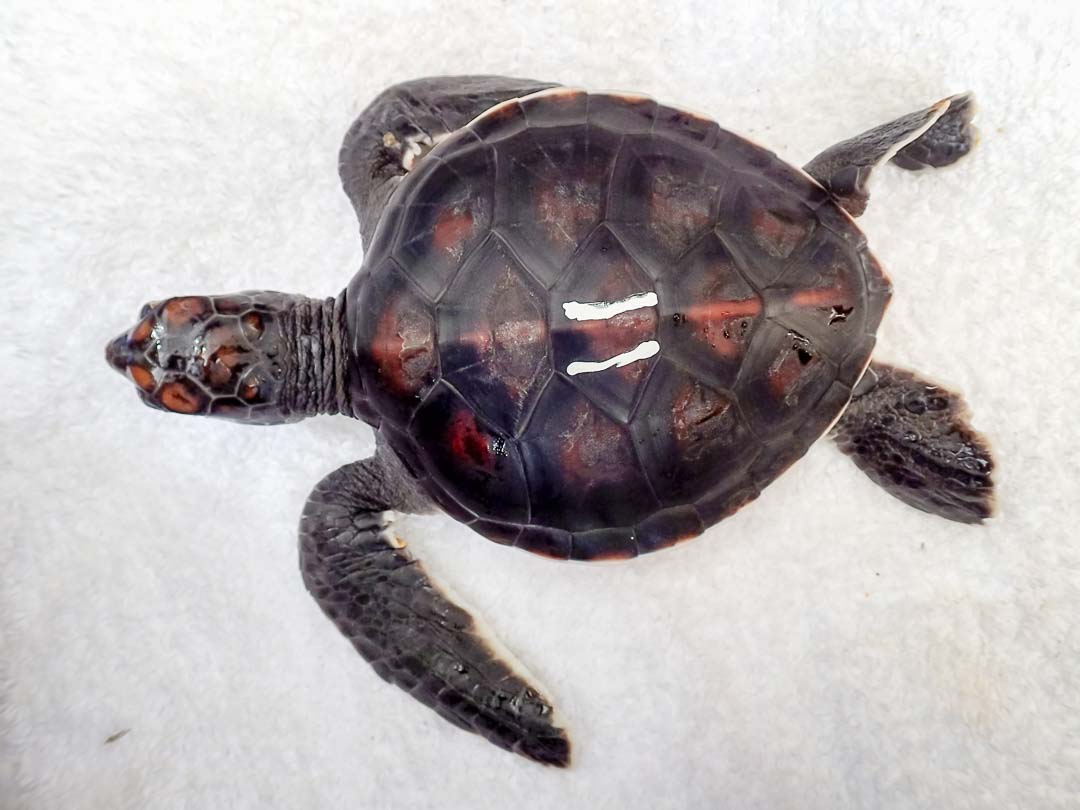 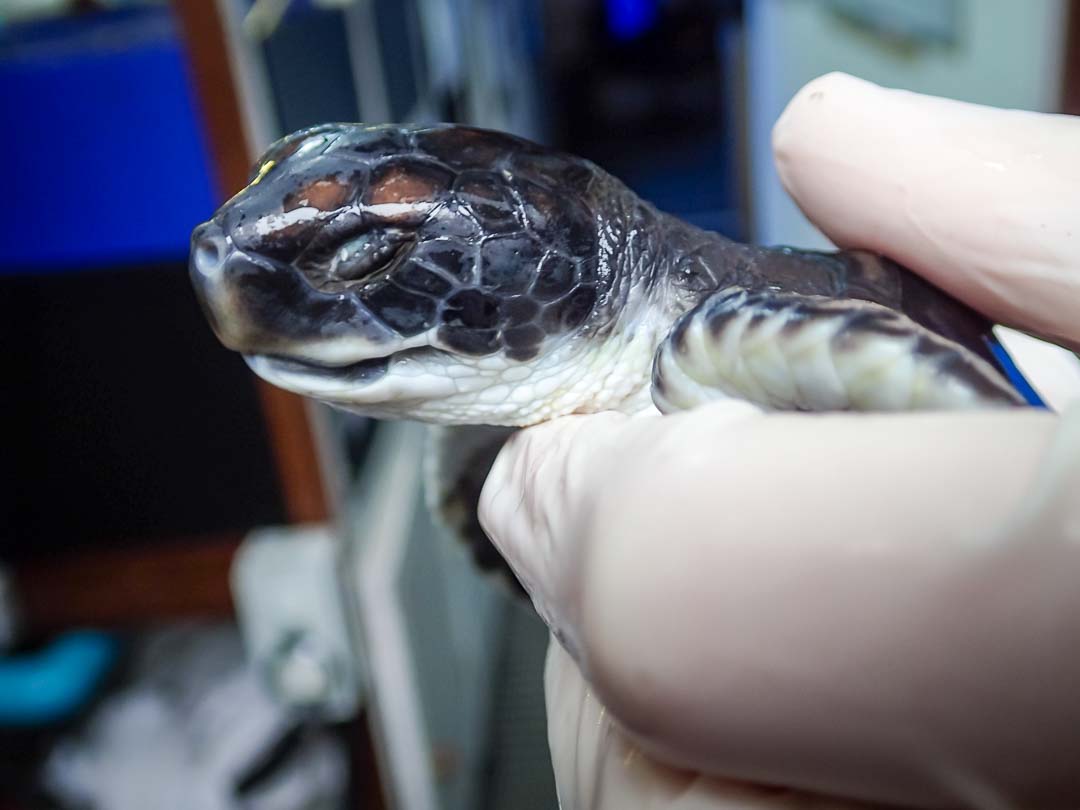 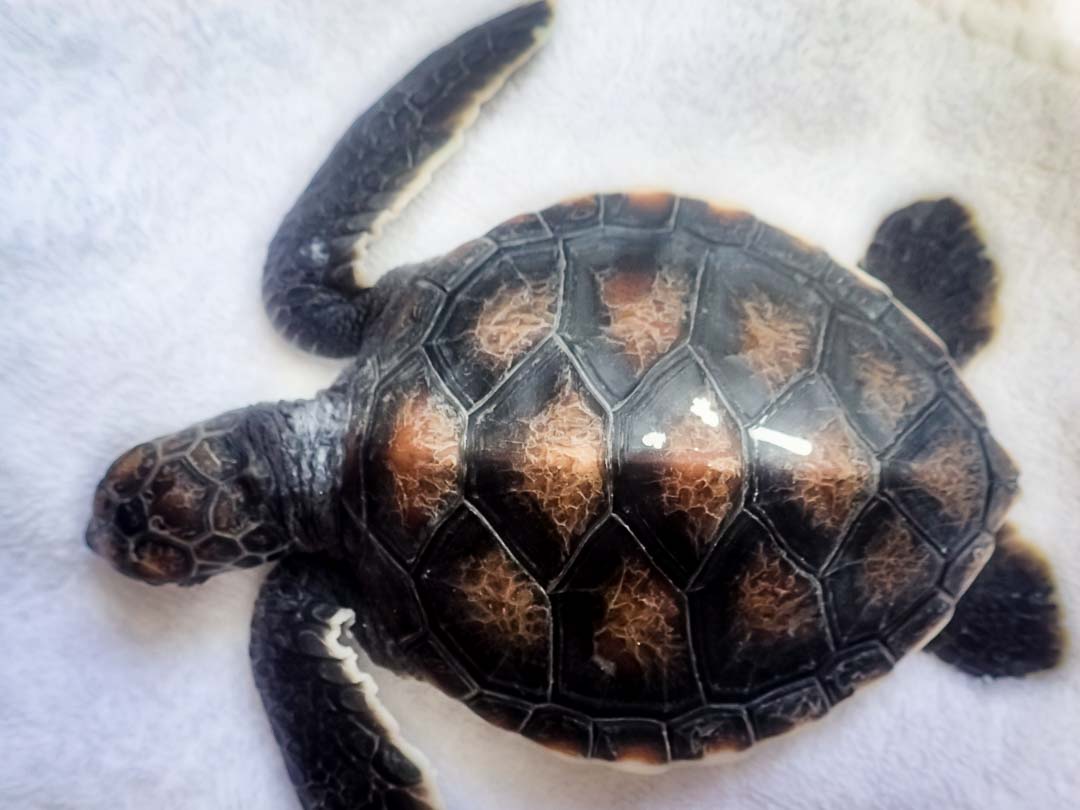