La Petite was found during a snorkeling trip to Hulhudhoo by our Resident Coral Biologist on 21st September 2015. La Petite was floating at the surface covered with algae suggesting the turtle had been floating for quite a while before being rescued. The turtle suffers from a previous amputation that still shows signs of healing; it is possible this amputation may have occurred in the last six months. Upon admission, it was immediately noted that La Petite suffered from a cloaca prolapse which can indicate an impaction, infection or be a result of prolonged dehydration and is often seen in turtles that have been stranded out of water for an extended period of time. La Petite also suffered from numerous straight edge cuts to the rear flippers and underside, all of which were newly inflicted.

La Petite is responding well to treatments and the cloaca prolapse has almost completely resolved and the other wounds continue to heal. La Petite will remain on antibiotics and digestive support medication until the prolapse and all open wounds are completely healed.

Olive Ridley sea turtles are known for migrating great distances as they are a pelagic species. Due to this constant swimming, La Petite has been very active in the pool and as a result has begun to rub some areas continuously resulting in abrasions. To prevent further injury, a neoprene bandage was created to protect the shell and wraps are applied to the front flipper.

After having little interest in food for the first few weeks, La Petite is now eating well and chasing food around the pool and has begun to gain weight. La Petite will stay at the Rehabilitation Centre until the wounds have completely healed and the turtle is able to dive normally.

La Petite’s cloaca prolapse problem has greatly improved during October, and we are continuing with treatments – completing a 14-dose course of Amikacin, remaining on Metoclopramide hydrochloride and limiting bones/shells in the diet to promote easy digestion. Prolapse of the cloaca occurs when internal tissue protrudes from the body through the cloacal opening. This can be caused by an impaction of natural prey items or ingestion of marine debris, infection or dehydration. Using a rigorous treatment schedule of honey wraps (decreases swelling of the tissue), antibiotics and intestinal motility-stimulating medications while keeping the turtle on a low, easy to digest diet, La Petite’s cloaca has returned to nearly normal size.

In addition, La Petite has several rub marks from the pools on the rear and front flipper which are now requiring medical treatment.

Olive Ridley turtles are a pelagic species, spending most of their life in deeper waters (except during mating and nesting, when they migrate from the pelagic environment to coastal waters). Being accustomed to the pelagic environment means Olive Ridleys are highly migratory long distance swimmers, and are able to dive to depths of 150m to forage on benthic animals. Because of this, our more active sea turtle admissions can damage their carapace and flippers on the pool walls. This has been noted in La Petite, despite our best efforts in bandaging the remaining flipper (to act as a buffer), and creating a neoprene wrap to decrease shell damage.

La Petite is still positively buoyant but very active, and has been gaining weight on our special diet. Treatments and debriding (removal of dead tissue) have decreased to every third day to ensure the prolapse continues to improve.

16 January 2016 – La Petite was transferred from Landaa Giraavaru to the Atoll Marine Centre located at the local island of Naifaru (Lhaviyani Atoll). The Centre has a large sea pen which is an excellent home for the next stage of rehabilitation. The large enclosure ensures safety from predation and will allow for improvements in buoyancy syndrome.

After 39 days at the Atoll Marine Centre, La Petite was transferred back to us here at Landaa. During this period in the ocean recovery pen, her buoyancy syndrome improved and she gained an additional 1kg in weight.

Since arriving back at Landaa, La Petite has had difficulty with mobility in the front right flipper, and received an 8-day course of Meloxicam for pain management and swelling. In addition, the flipper was massaged to increase blood flow to the area. Following this treatment, flipper mobility has increased. 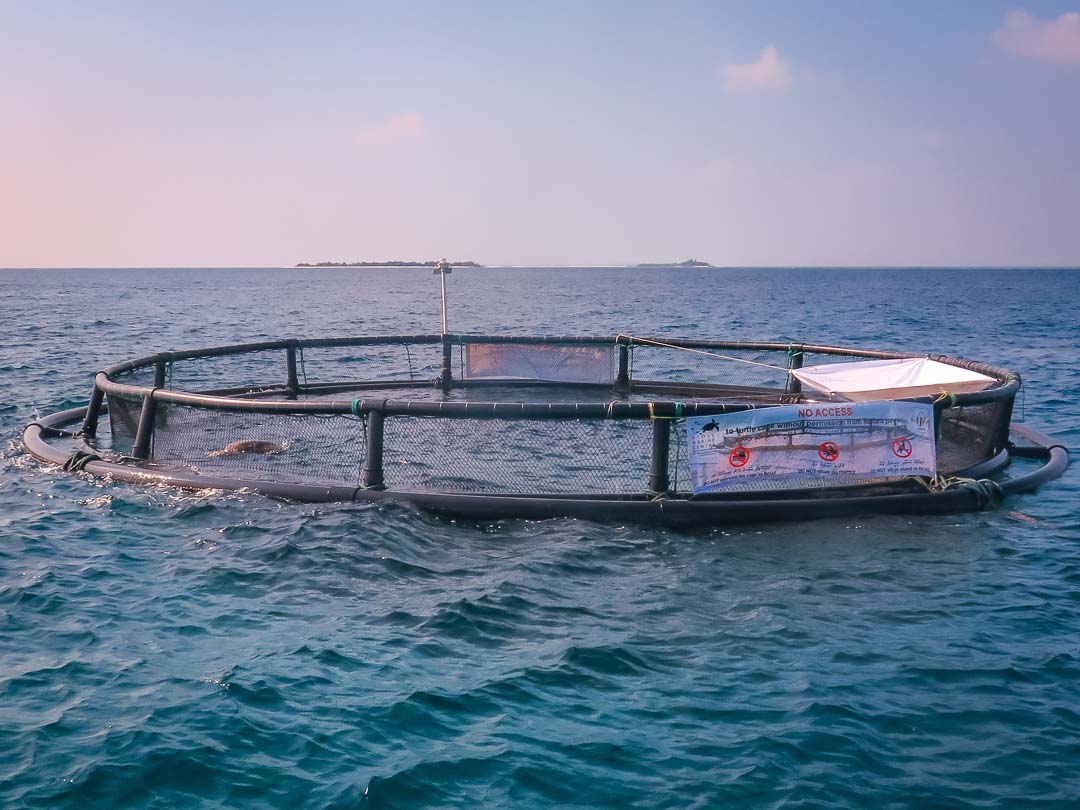 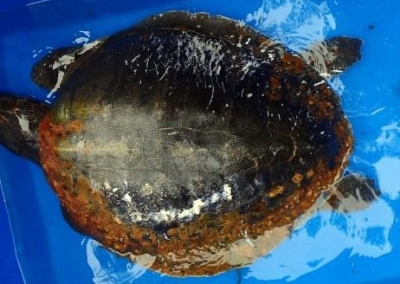 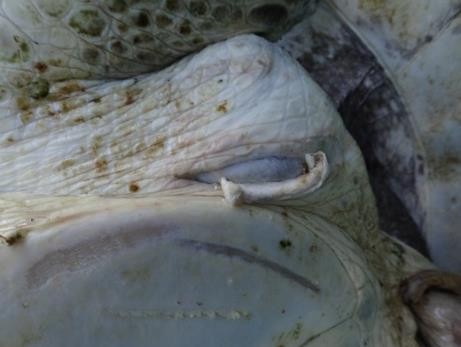 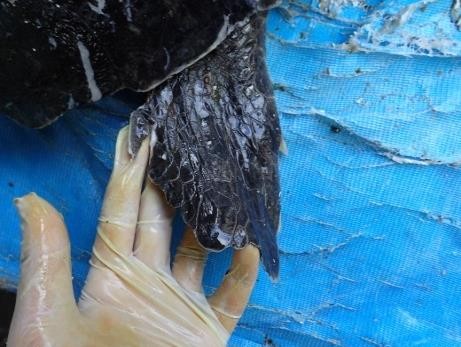 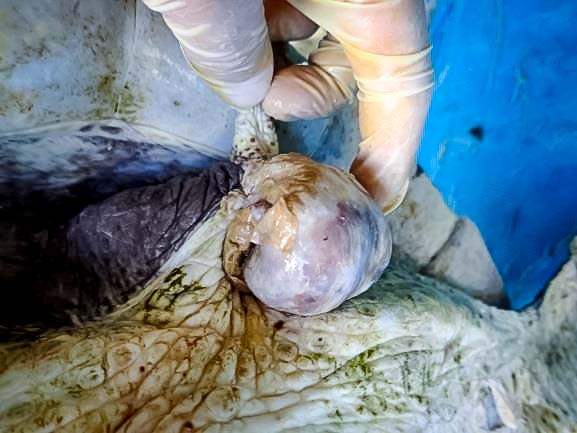 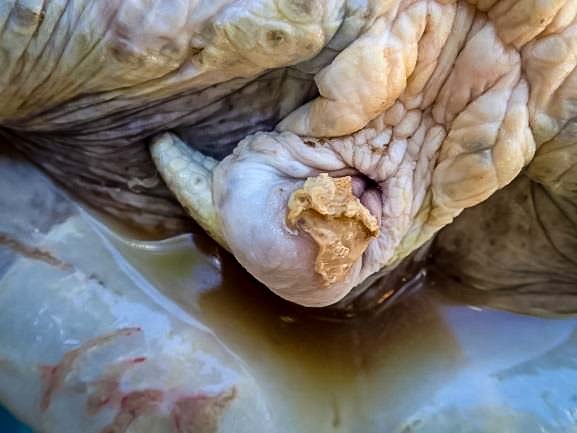 Cloaca prolapse – uch improved after a few weeks of care 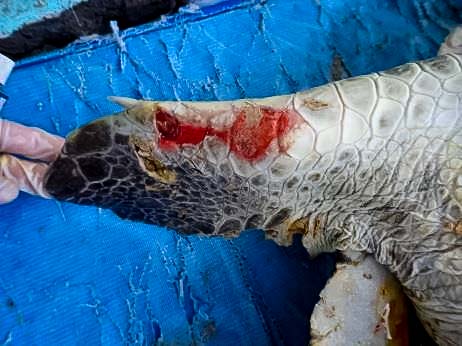 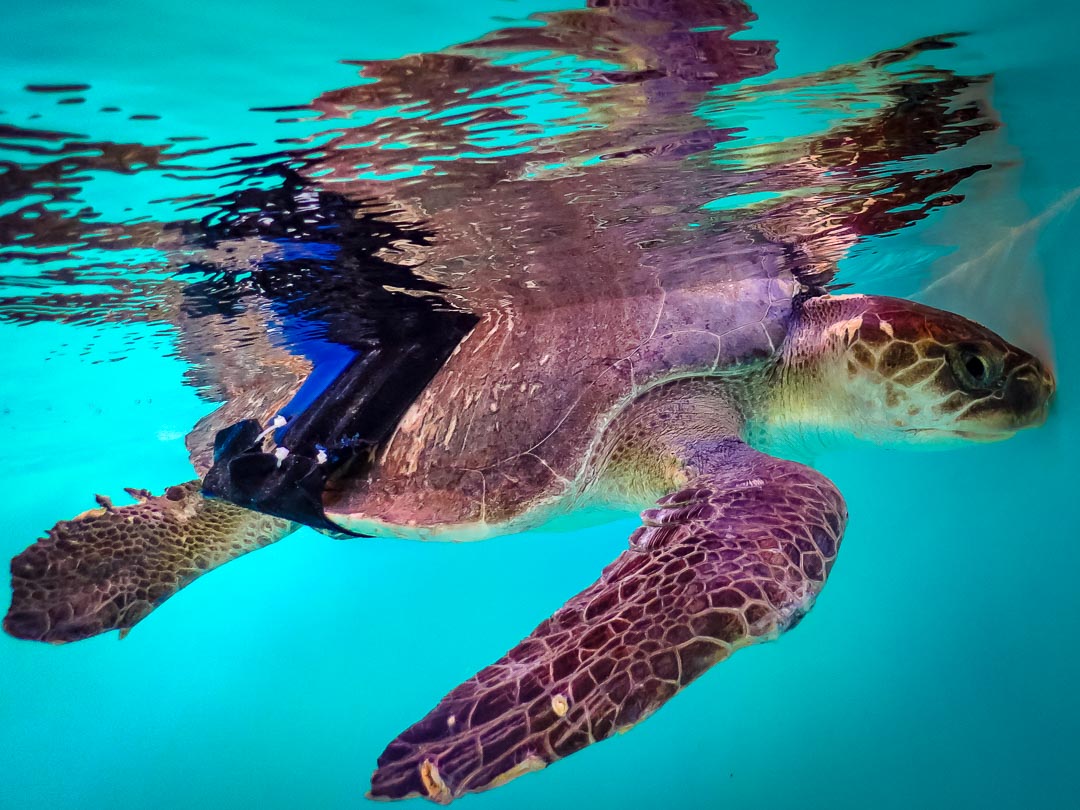 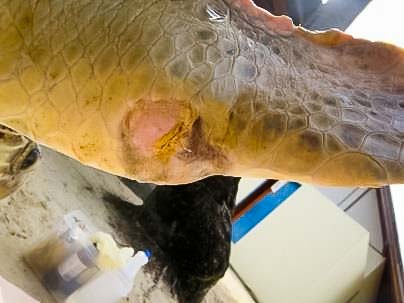 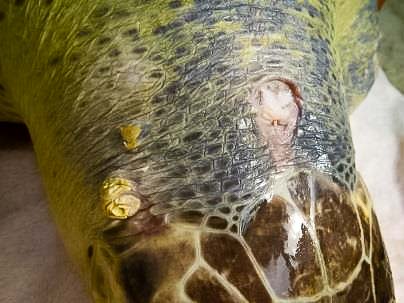 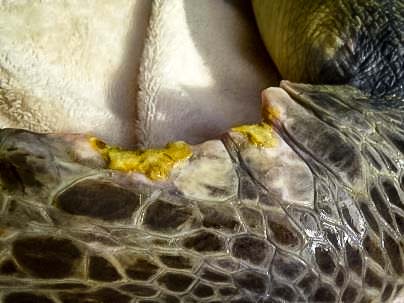