On 18 November 2016, a sea turtle nest was spotted on the beach, near one of our guest rooms. No one had observed or photographed the sea turtle actively laying her eggs, but by examining the turtle tracks and nest characteristics, the evidence pointed to a Hawksbill sea turtle.

At 5:30pm on 25 January, we welcomed 24 Hawksbill hatchlings into the world when the sea turtle nest finally hatched! Only a single hatchling managed to successfully dig itself to the surface, so we decided to excavate the nest to investigate. It was easy to see why only one hatchling emerged as the sand was dry, close to roots and the many unhatched eggs caused obstruction.

Typically, Hawksbill turtle nests hatch within 60 days, but this nest took 68 days of incubation. Overall, the nest did not perform very well; after manually opening all the 107 eggs that remained unhatched, 105 of them showed no signs of development (unfertilized, or the embryo had died shortly after laying).

Twenty of the hatchlings were successfully released the next day at dawn, just outside the atoll to give the best chance of survival. Four of the smallest hatchlings were admitted to our Head Start programme, where we will grow them on to the target 30cm length before release.

Scroll down to see more photos and video. 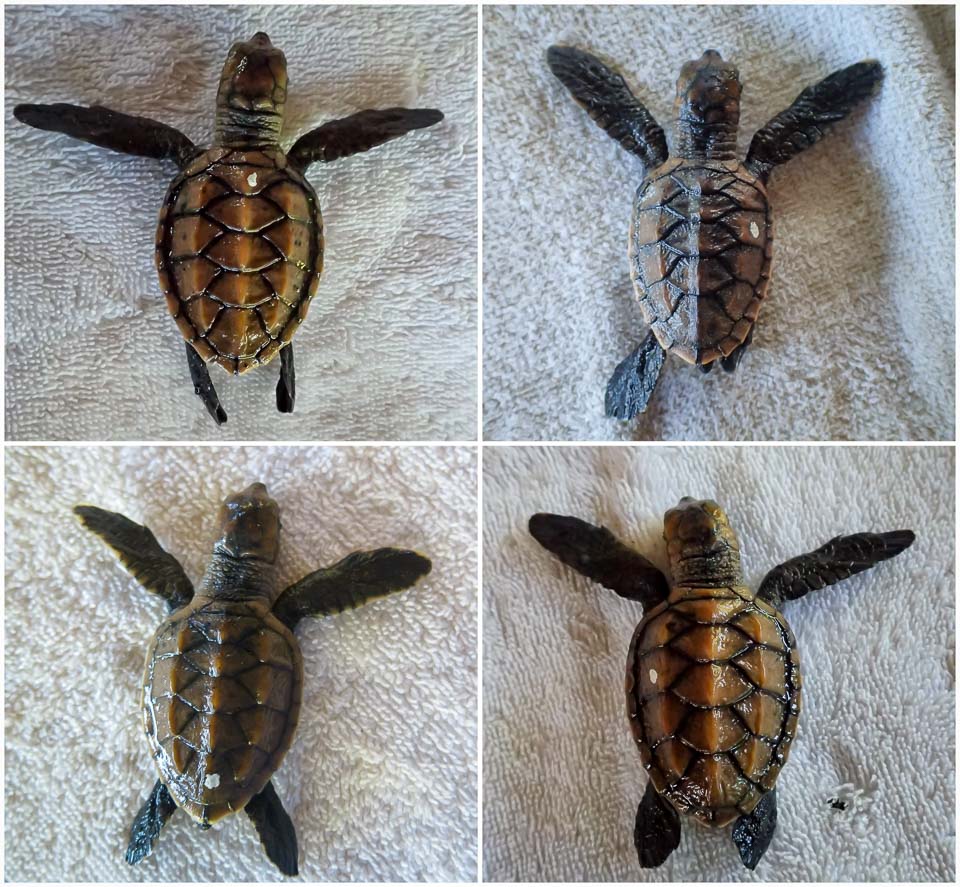 February 2017
Our headstart hatchlings have now been given proper names, thanks to some of our lovely repeat guests!
Meet Lilyana (Lily), Rosie, Flash and Allegra (Allie).
These four hatchlings are growing up fast, gaining very sociable personalities and huge appetites. They are now one month old and are reaching 5cm in length. Flash has so far stormed ahead of his three ‘sisters’, weighing in at 30g (5g more than other siblings). All four of them love their fish and lobster dinners and are slowly learning how to dive, so they retrieve their food unsupervised. Their individual facial patterns are still very small and difficult to distinguish, so we identify them by the tipex spots we gave upon arrival! 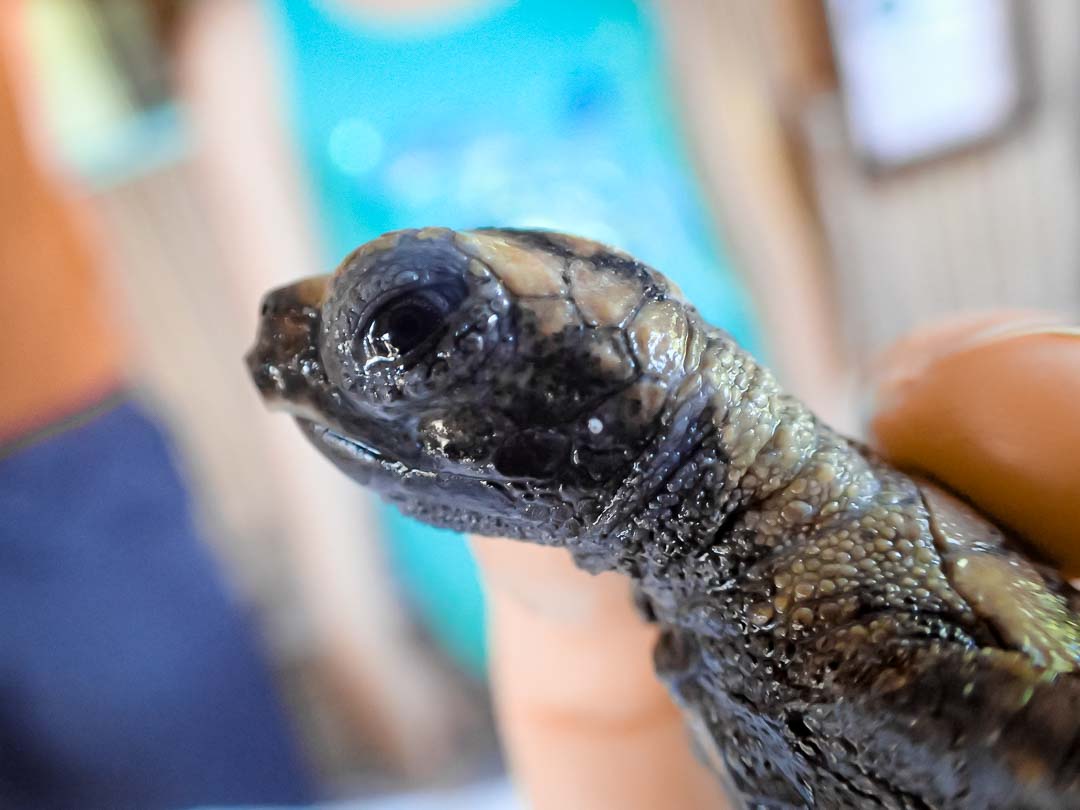 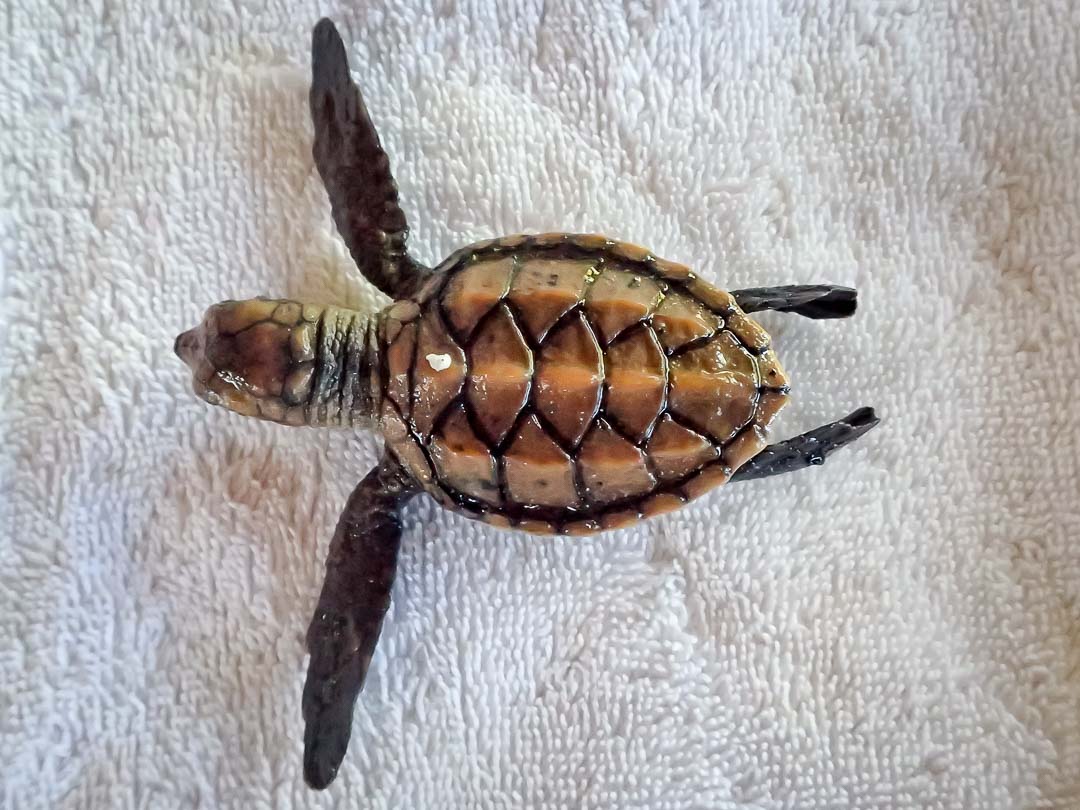 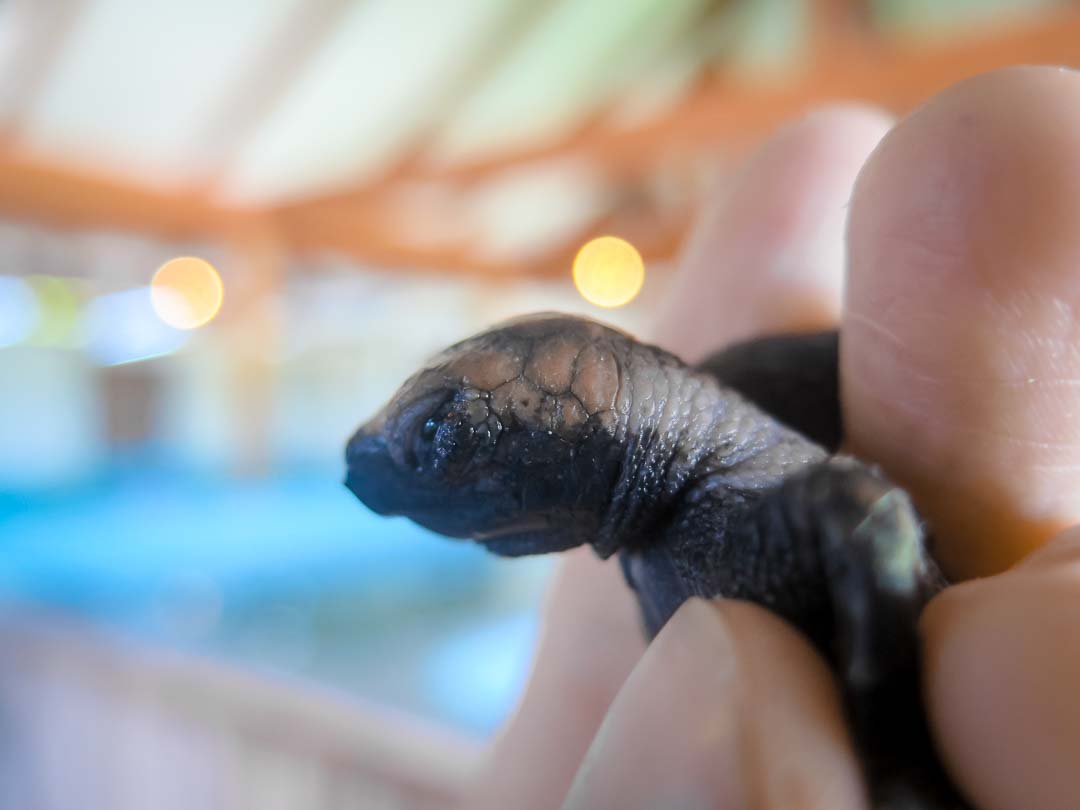 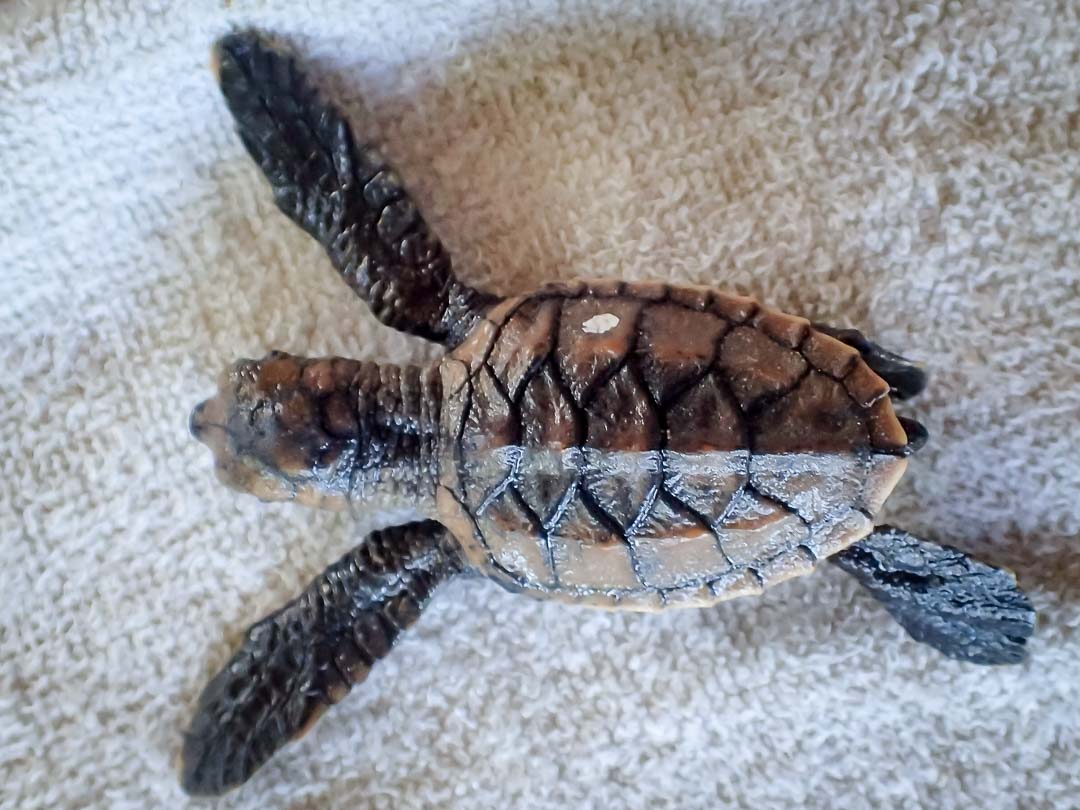 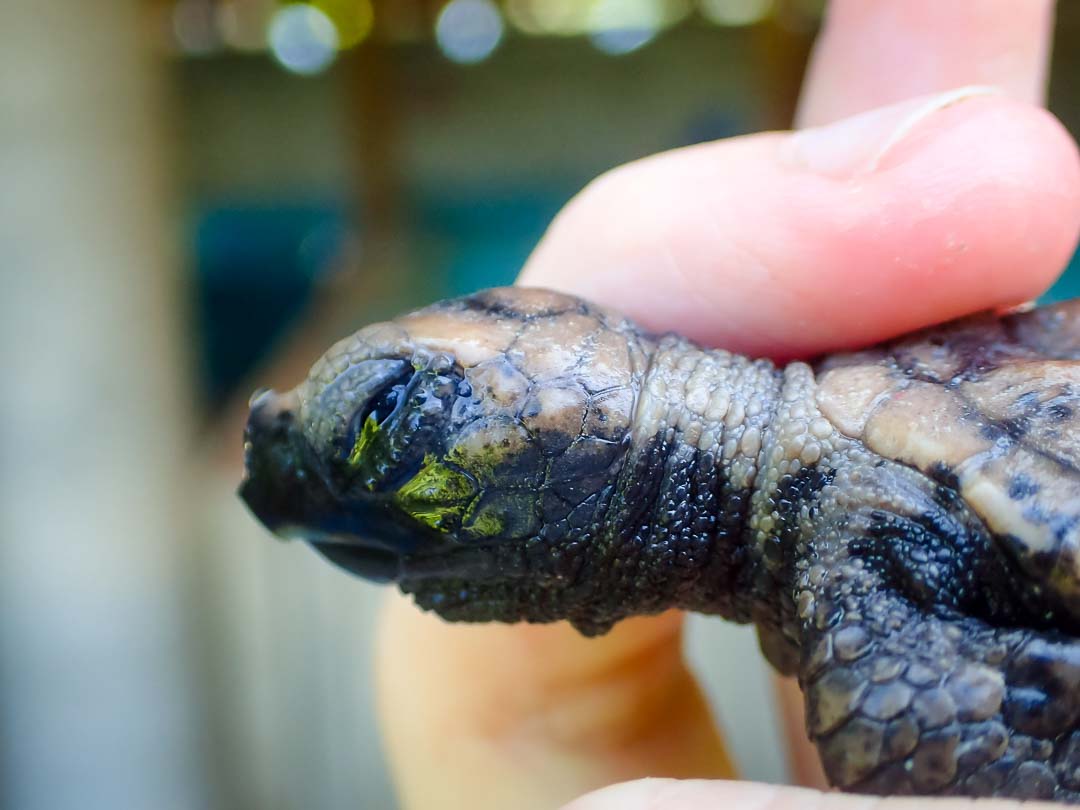 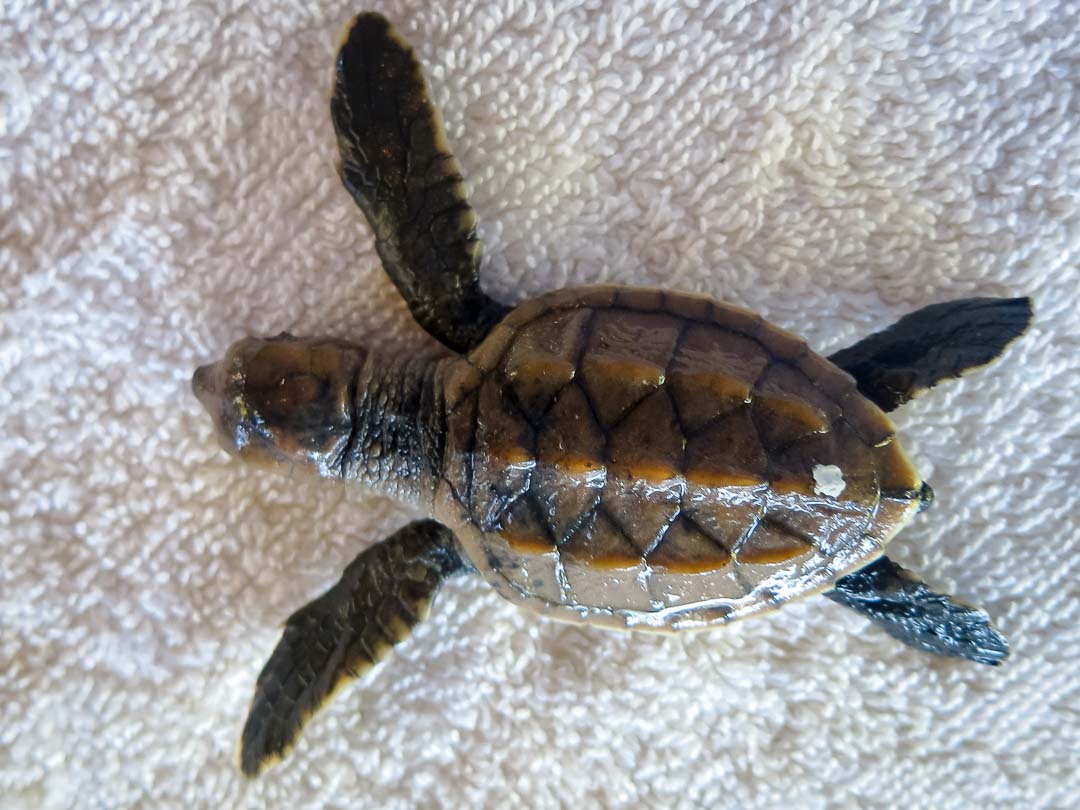 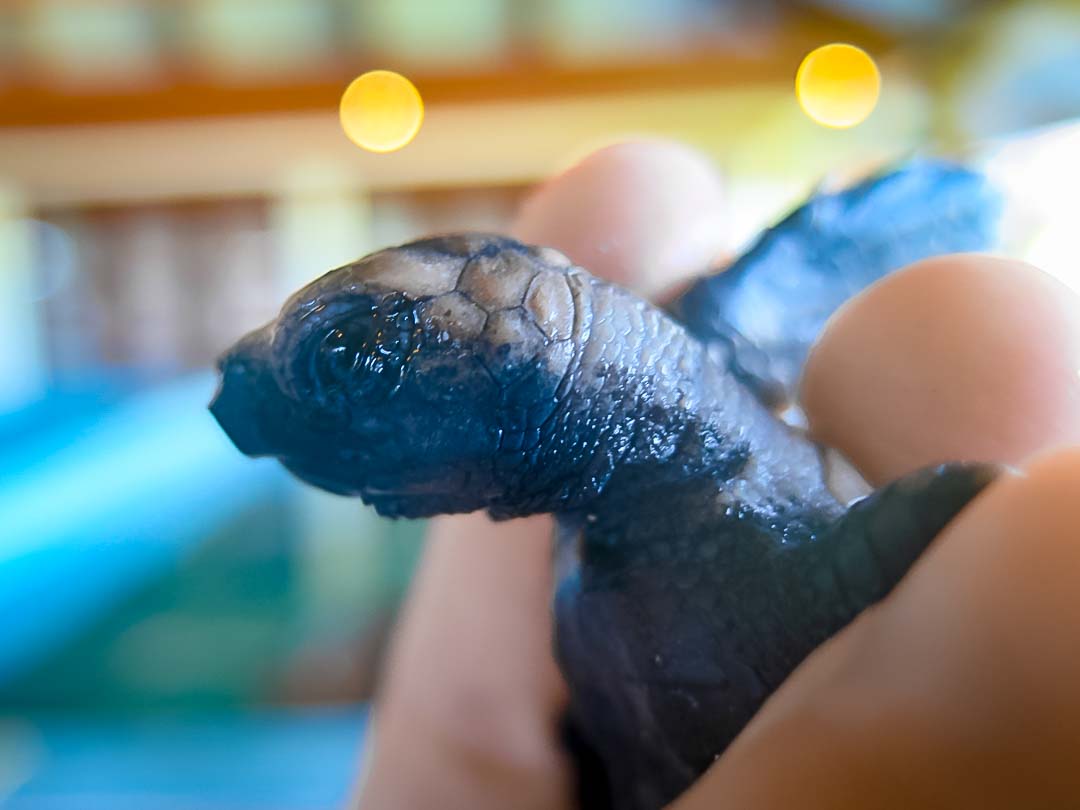 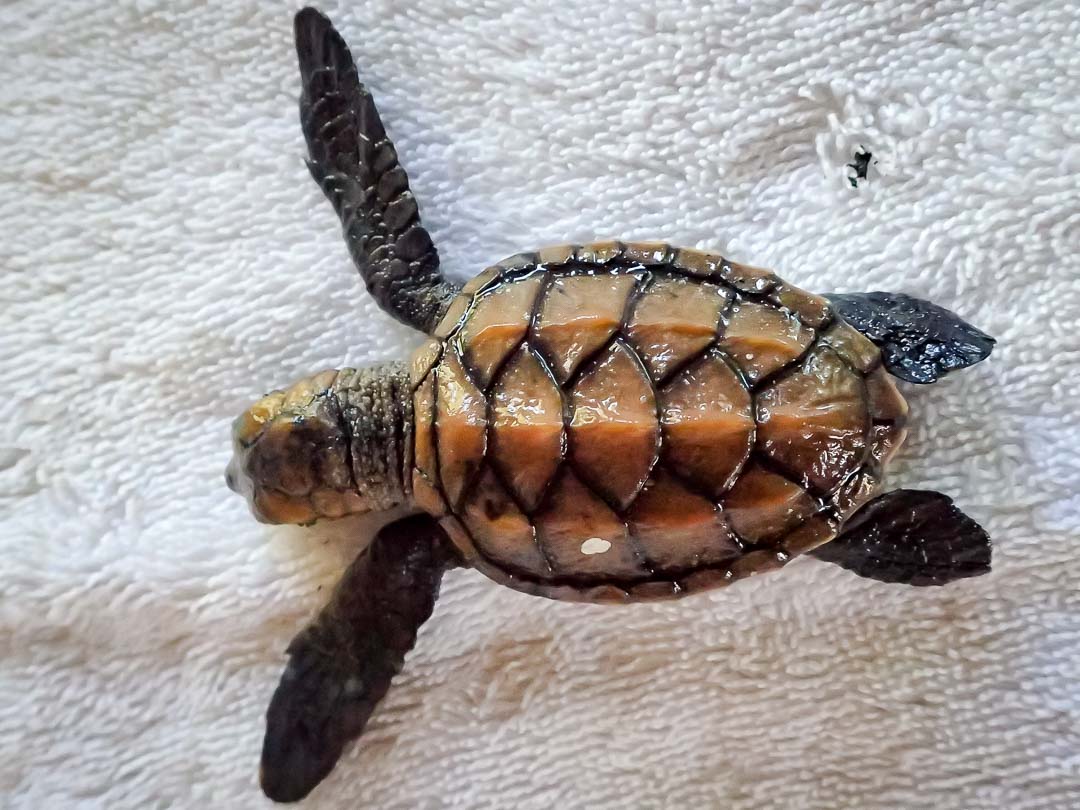 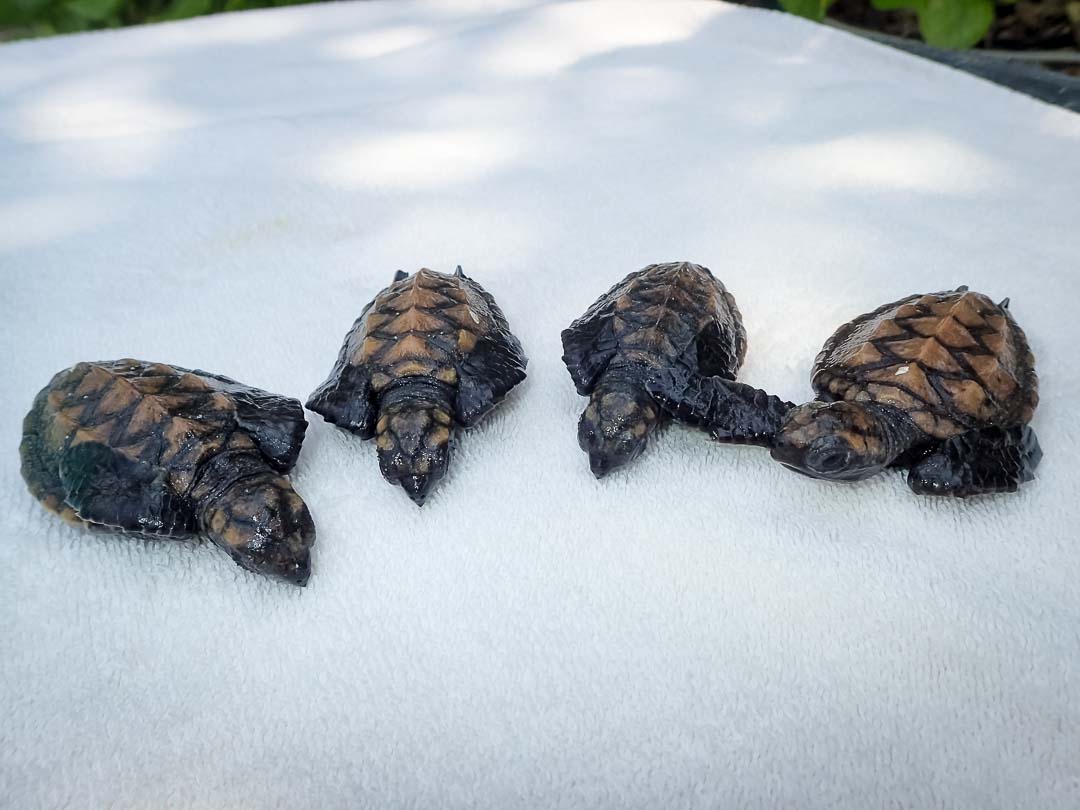 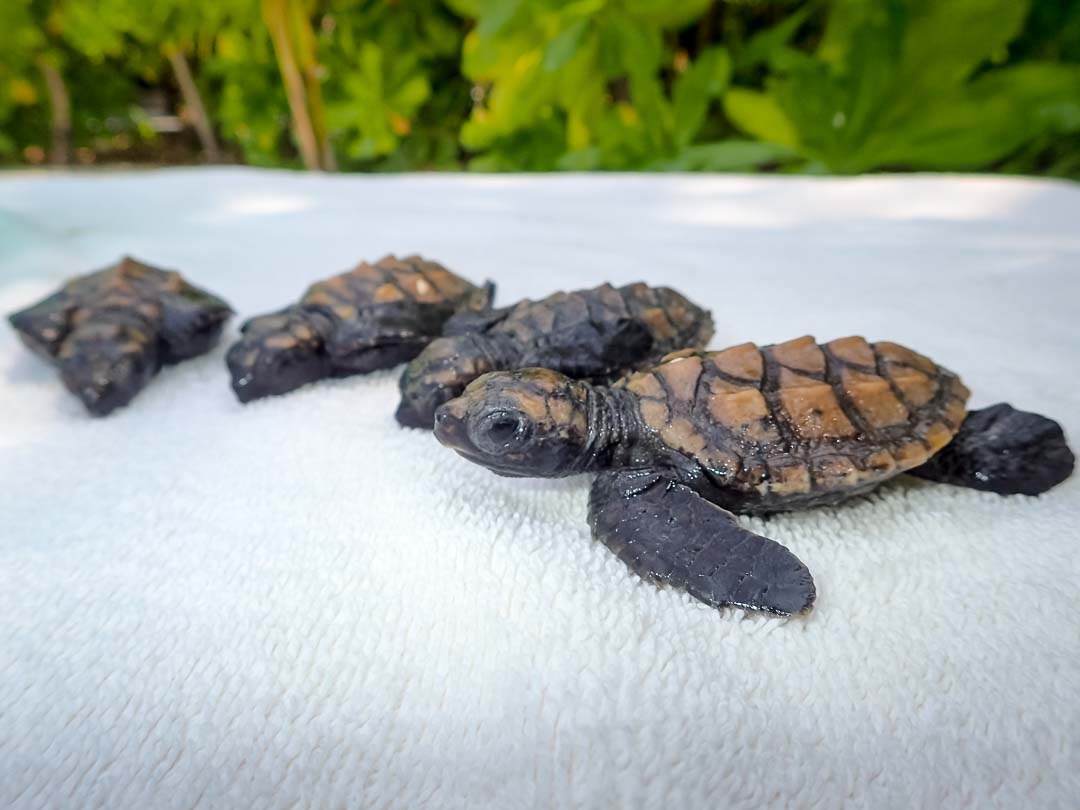 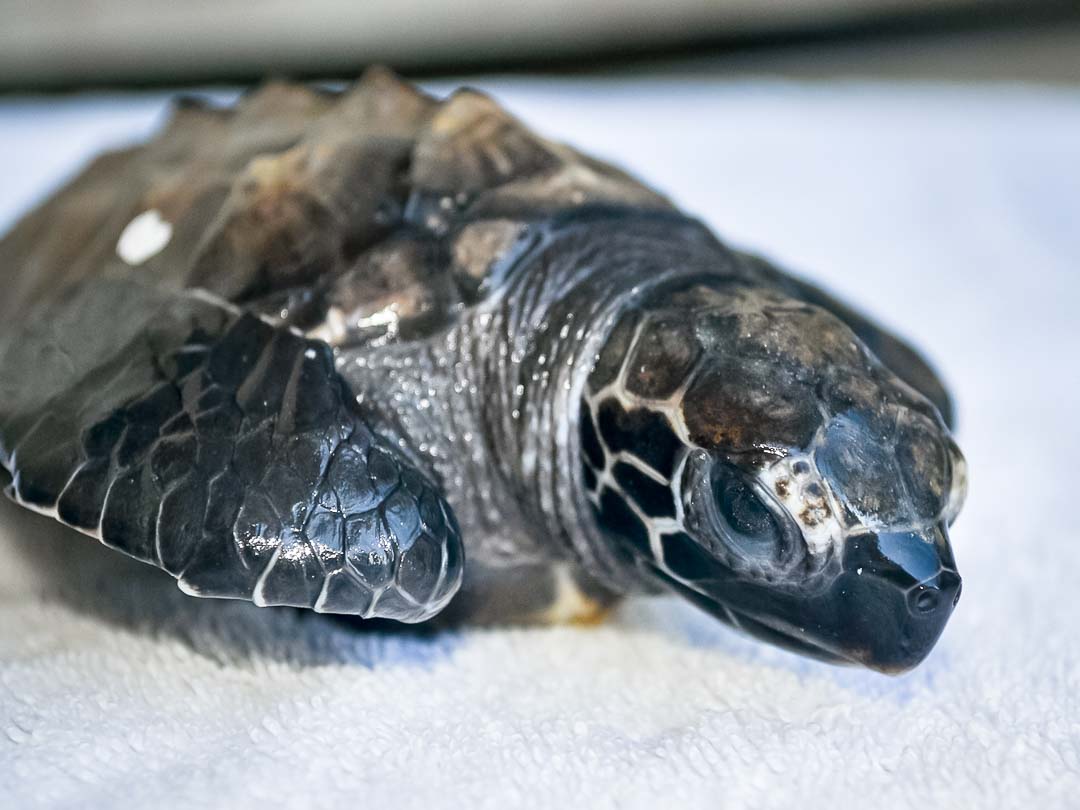 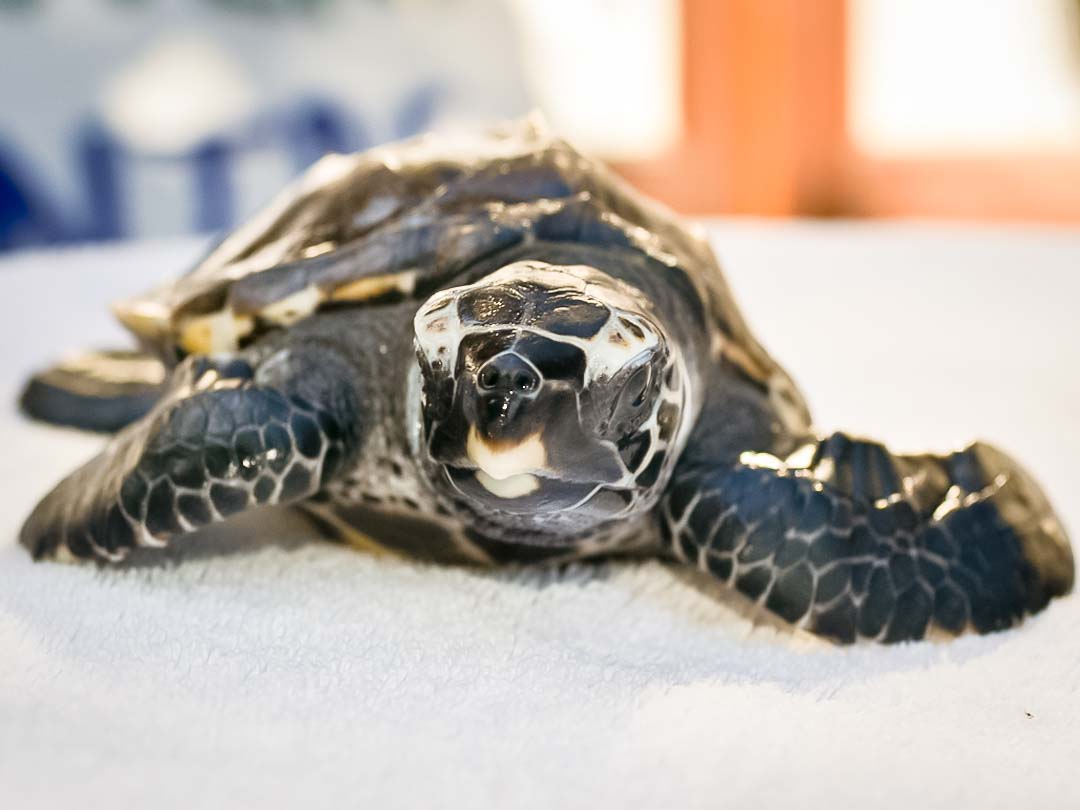 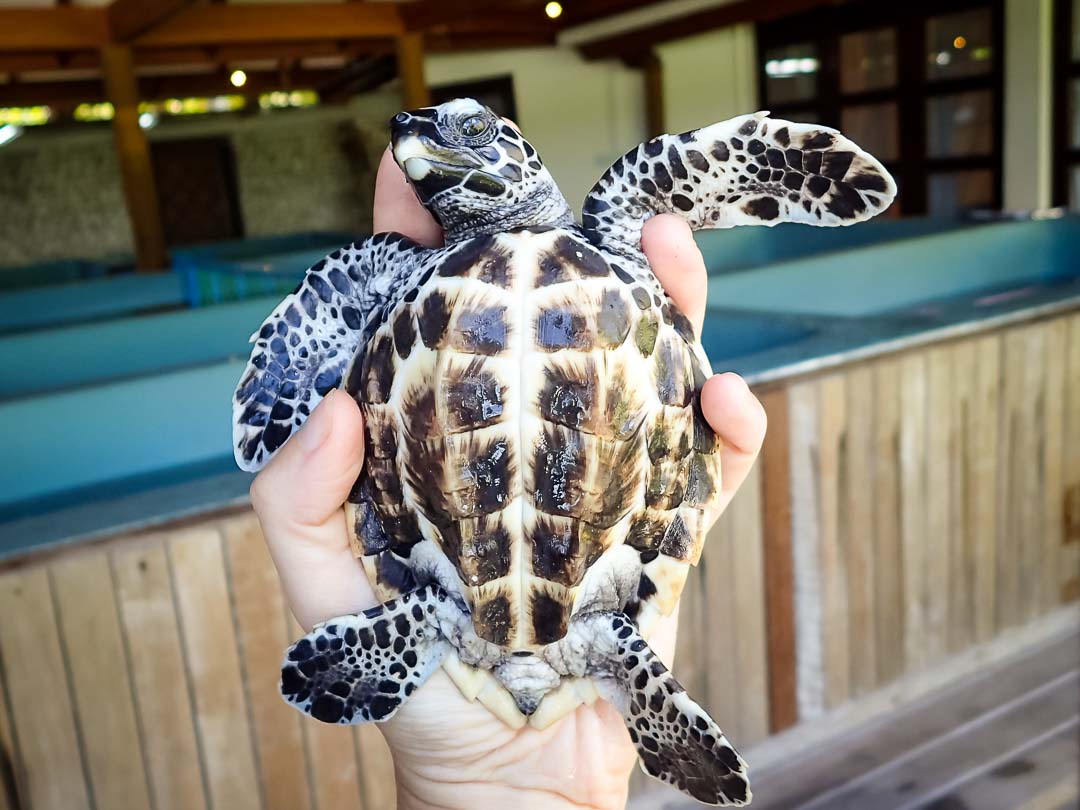 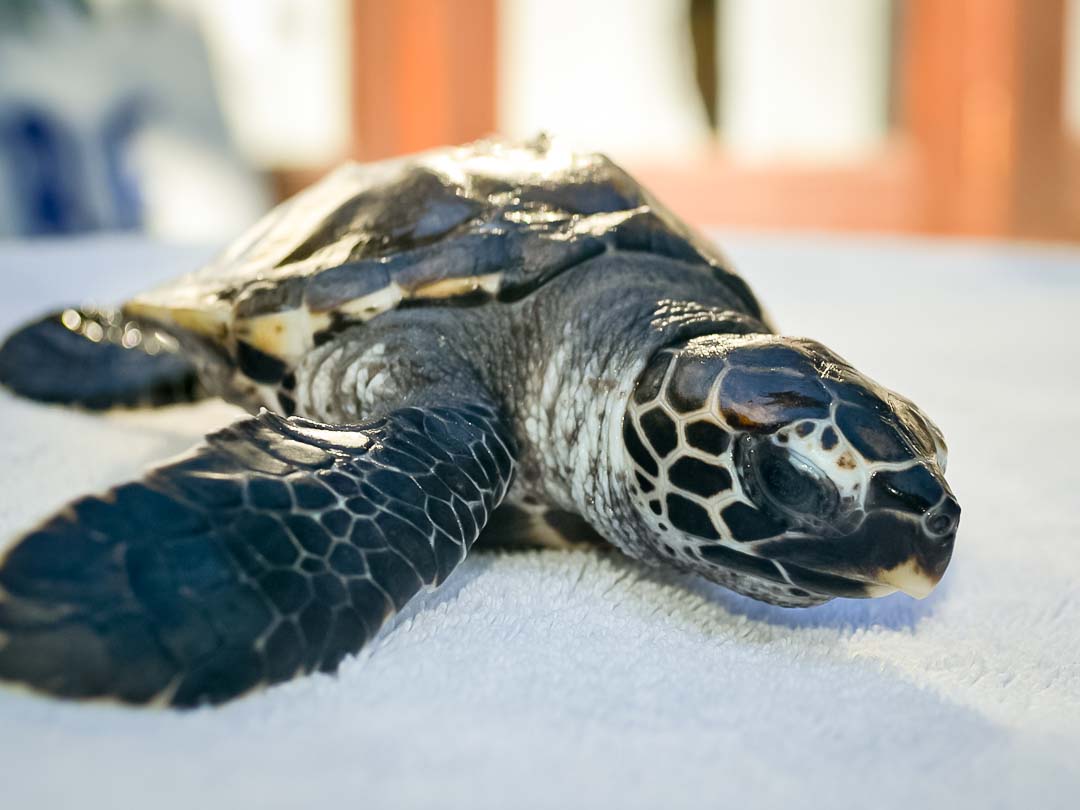 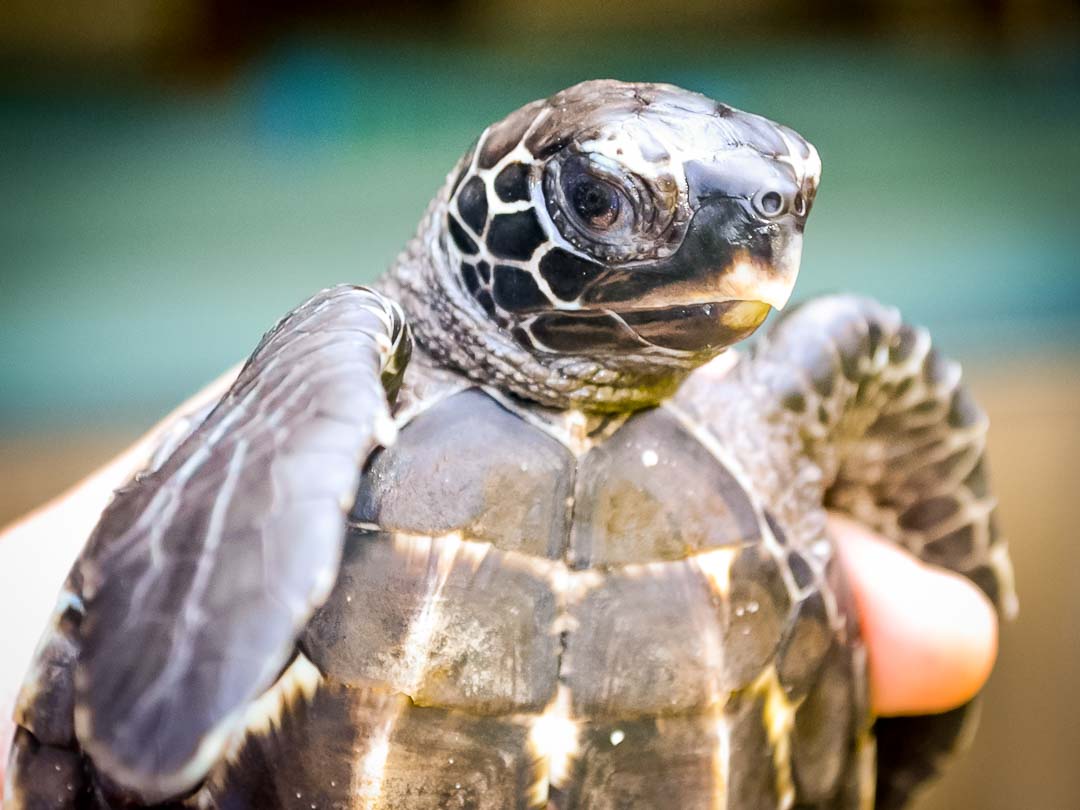 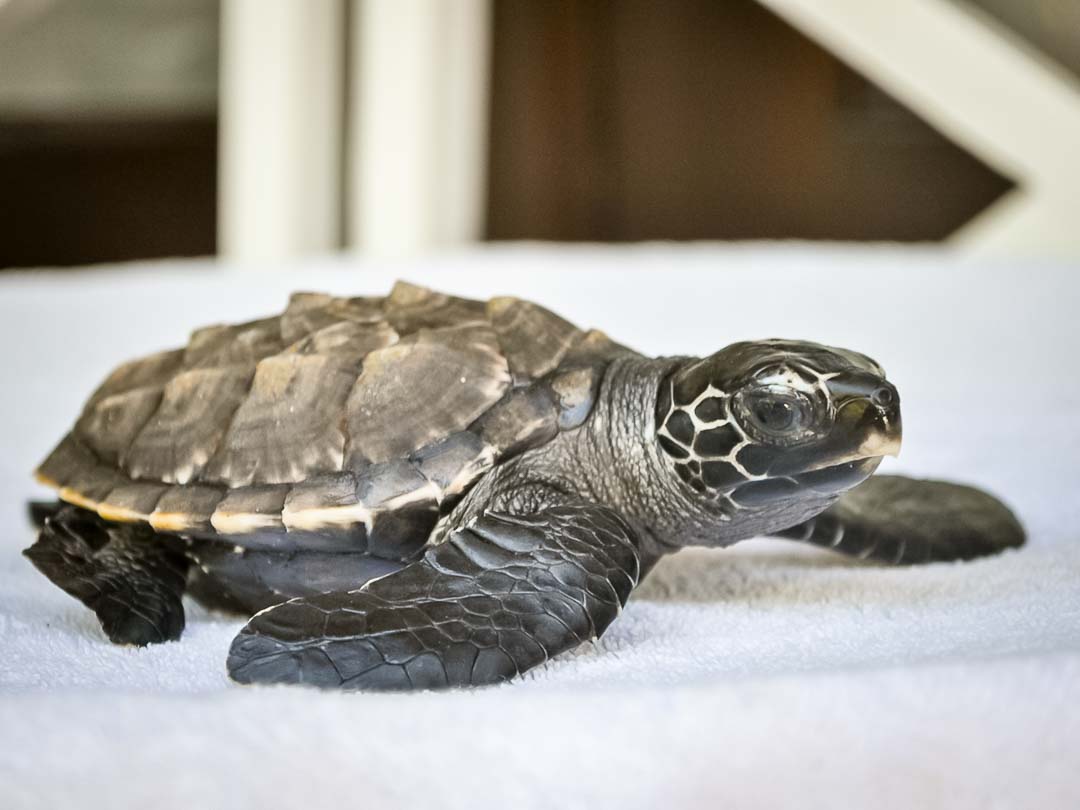 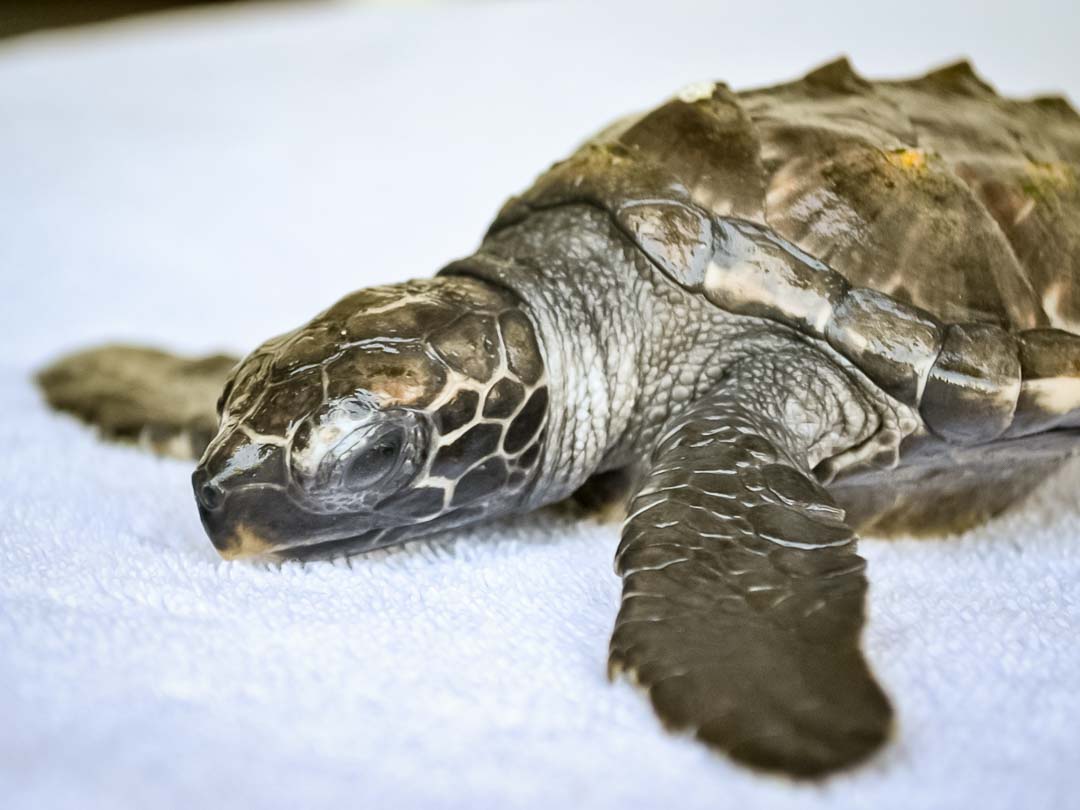 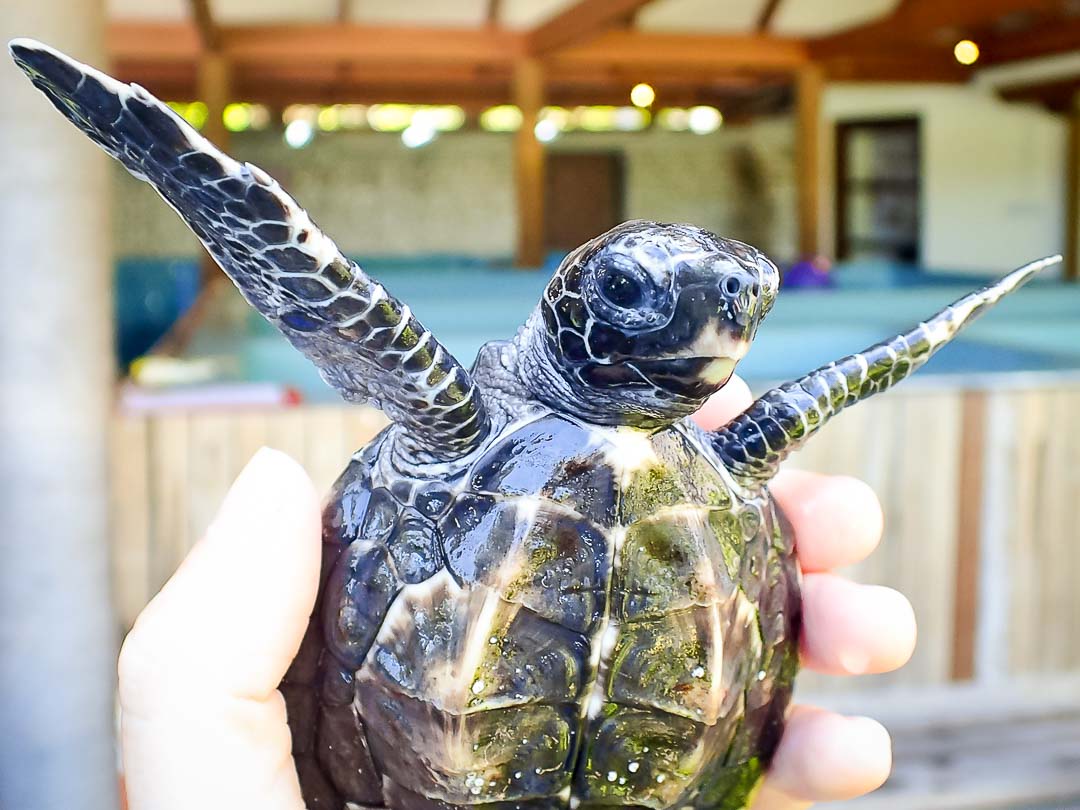 Our hatchlings are growing so fast! They are now six months old, over 10cm in length, and are all now diving for fish and lobster. We are also able to recognise them by their unique facial scales patterns.

Flash is still growing faster than his siblings, although Allegra is not far behind. Rosie the smallest of all likes to rest at the surface after her meals.

These guys are 9 months old now, and getting stronger by the day. Flash is still the heaviest, with Allegra not far behind. Rosie still likes to rest at the surface after her meals! 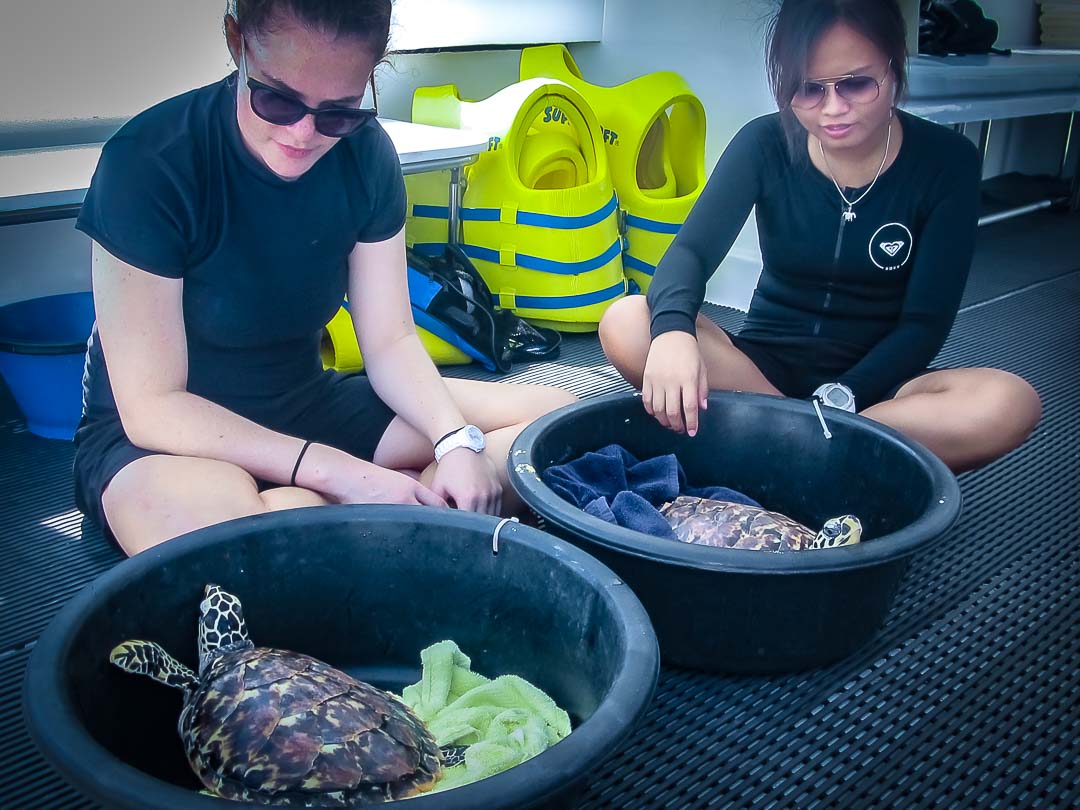 These two remaining hatchlings are taking their time, after being with us for over a year with their different personalities and rates of growth. We look forward to their continued growth and development, before releasing them into the wild. 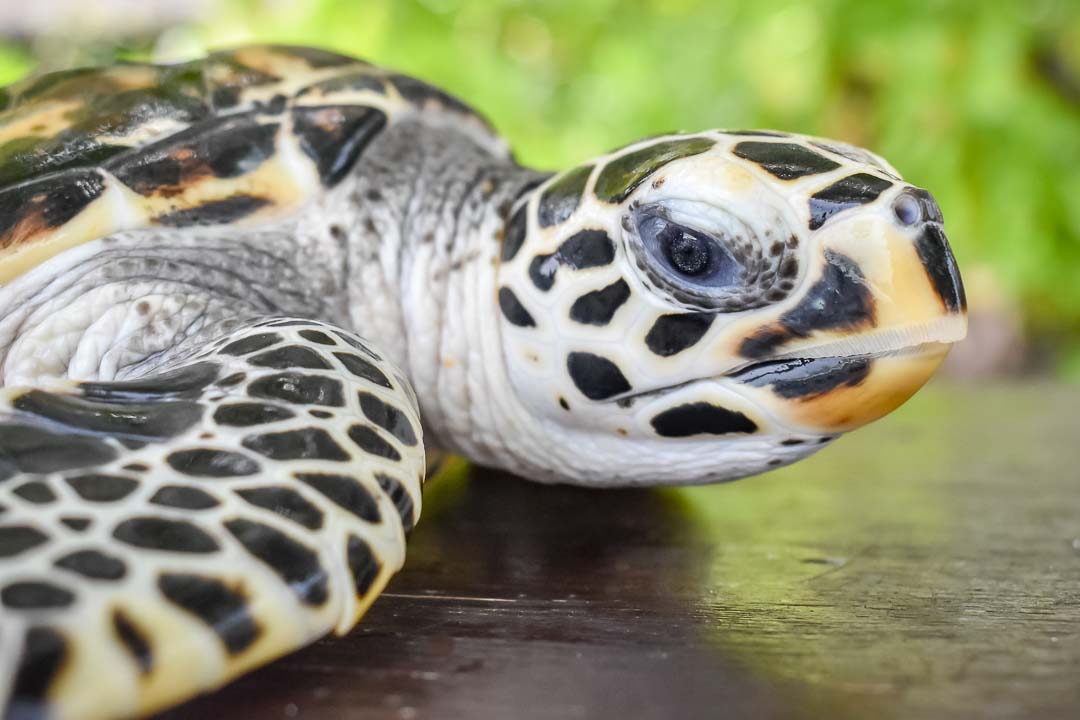 Lily was successfully released back into the ocean today, along with Banana and Shelby. The three turtles were released on a snorkeling trip at Makunudu (N.Malé atoll), and after a moment of orientation they swam down to start feeding.

Rosie has reached a weight of 2.1kg and a length of 25.2cm. She was successfully released today (along with George and Homer) and quickly swam away from our boat and out of sight. Bon voyage, little Rosie! 🙂 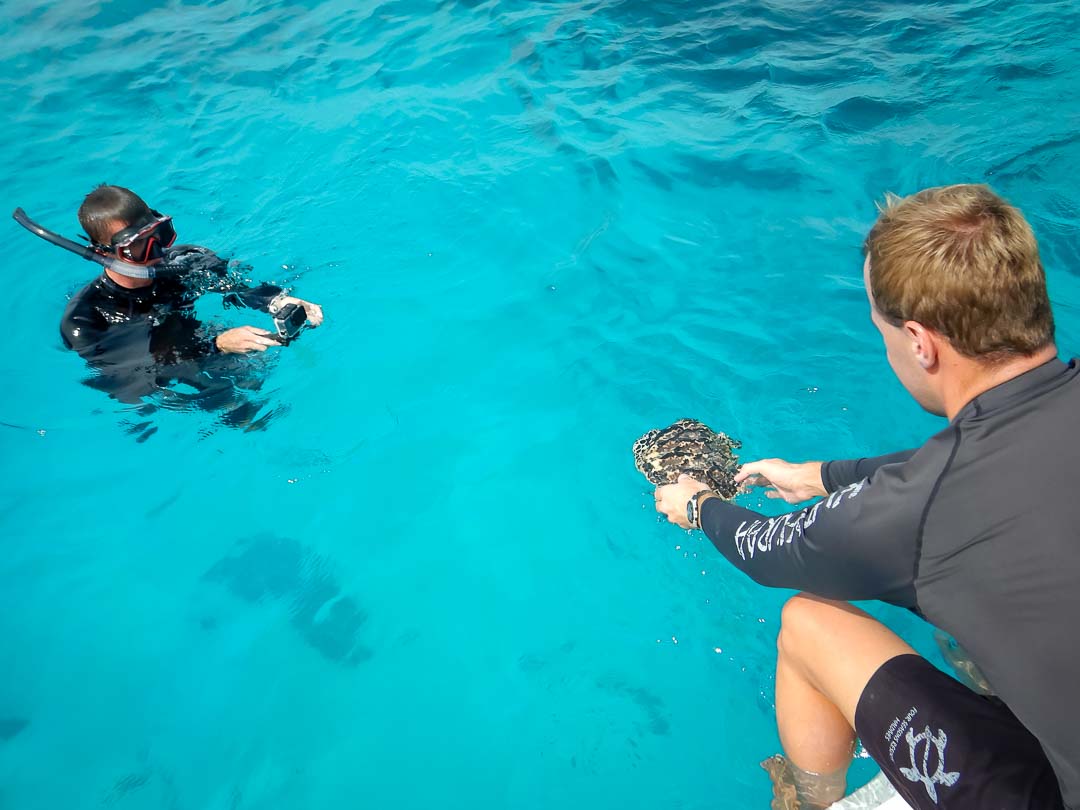 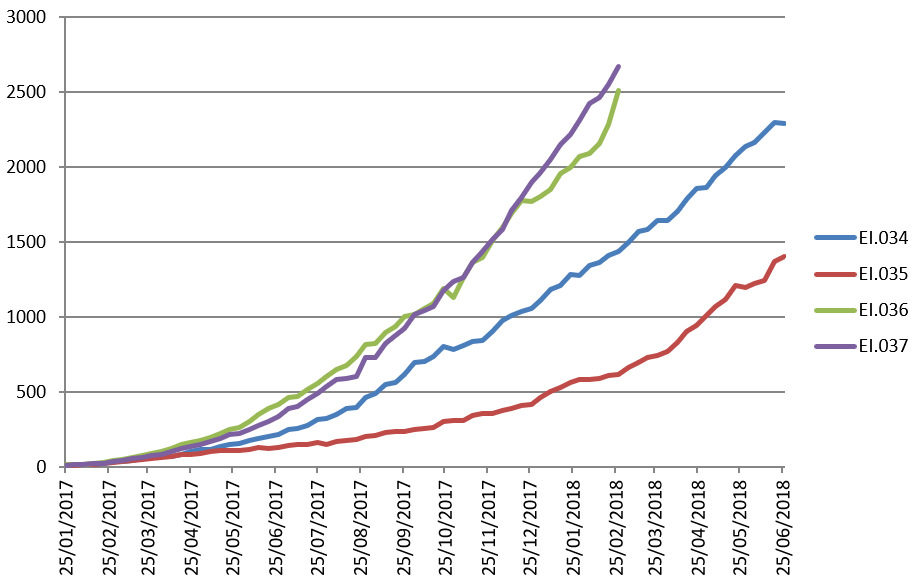 Turtle Growth Rates – weight of the turtles (in grams) against time