After a week of attempted rescue, the resident juvenile hawksbill turtle known as Kainalu “Ocean that billows” was successfully captured for assessment on 21 October. We had received several reports from staff and guests that Kainalu had suffered an injury to the carapace and was favouring the right front flipper.

The injury to the carapace was caused by blunt force and would have required an immense amount of strength to successfully fracture the carapace – most likely due to human causes as the turtle lacks other injuries. As this injury enters into the body cavity, it will have to be meticulously cared for including daily flushings, application of medihoney and waterproofed with tegaderm to limit the chances of infection in addition to antibiotics. The fracture was flushed well upon admission and debrided before packing with Manuka honey. The turtle remained in shallow water overnight to keep the fracture dry.

Kainalu has been a known resident of Kuda Huraa since 2011 and is known in the MSTIP database as EI0690.

Update October 2016: Kainalu is currently receiving two antibiotics to prevent infection as the fracture allows water and other material to flow into the body cavity. Daily wound care is being conducted to ensure the fracture remains clean and prevent infection. Tegaderm is being used to waterproof the area, allowing Kainalu to remain in the pool when not receiving treatments.

Update November 2016: Kainalu has begun to eat regularly, which will assist in the healing of the carapace fracture as we can now provide additional calcium supplementation. Kainalu’s treatments have been decreased with signs of healing however the break at the first marginal scute has a large separation. Kai will remain in our care until the fracture becomes covered over with soft scar tissue and does not need to be keratinized.

Update December 2016: Kainalu was successfully released back into the ocean on 21 December, after 63 days of rehabilitation and care at our Centre.

The turtle had received intensive care to prevent infection, as the fracture could allow water to enter the body cavity. Kainalu was treated daily by flushing the fracture with saline to remove debris, the wound was debrided to remove any dead tissue and a thick layer of Manuka honey was applied. When the turtle first arrived, Tegaderm (waterproof dressing) was used to keep water from entering the body during the initial phases of healing. Although the fracture did not completely heal during rehabilitation, it was in Kainalu’s best interest to return to the ocean.

Upon release, Kainalu quickly crawled across the sand into the lagoon, and immediately swam off. Since release, Kainalu has already been seen several times by guests and staff, on the wild reef of the Channel site on the sunrise side of the island, her preferred home. 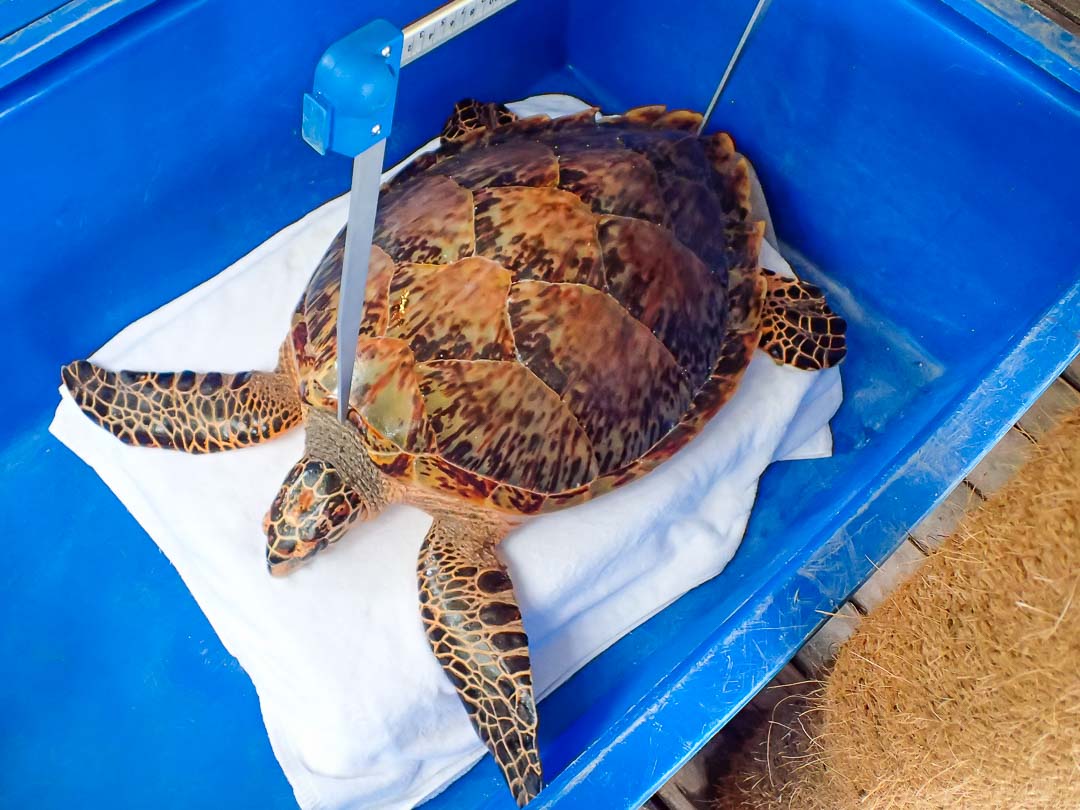 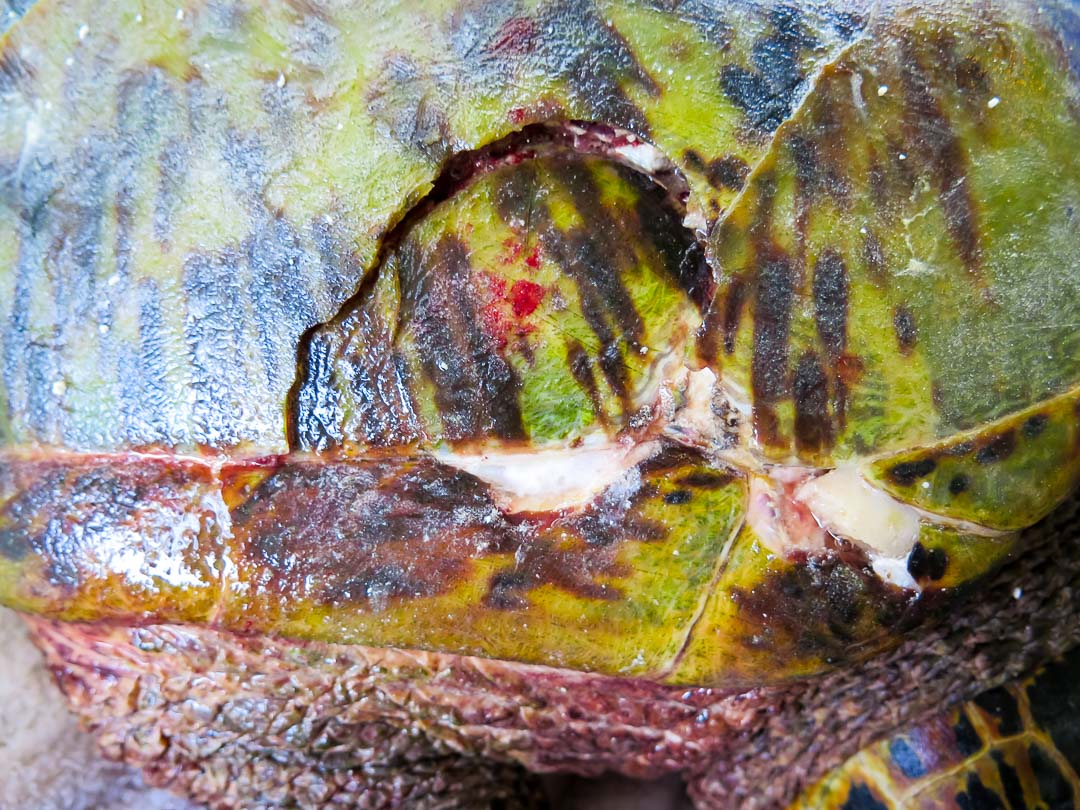 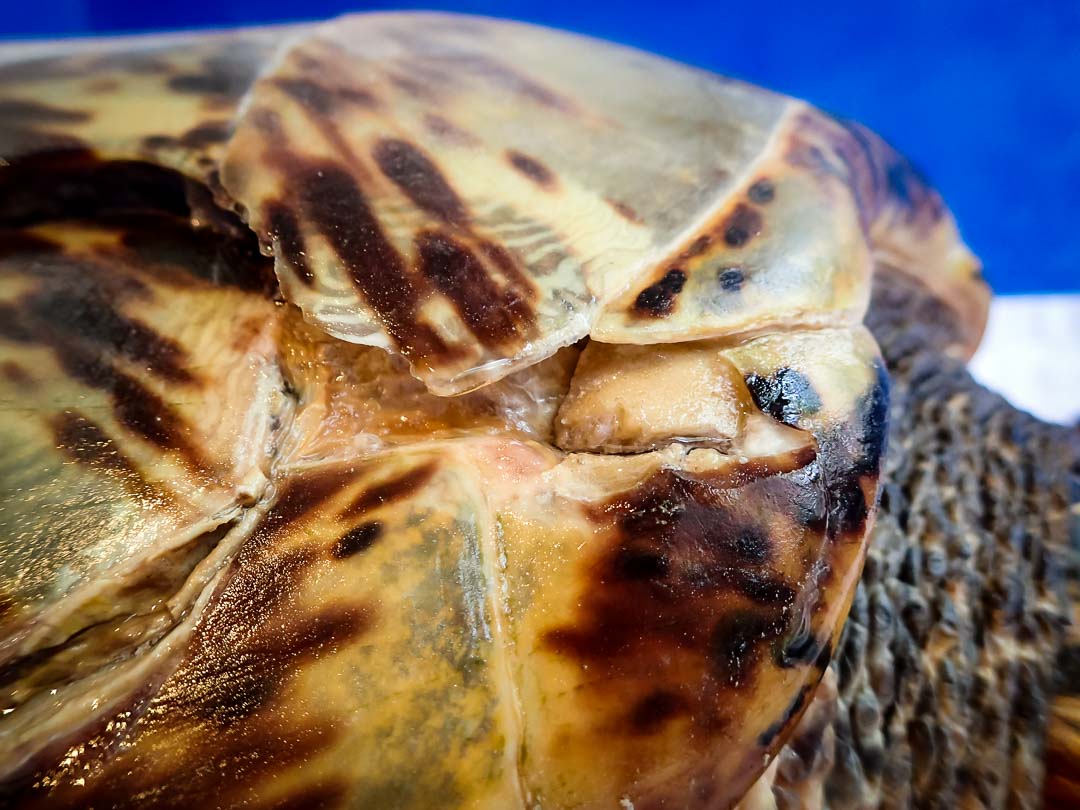 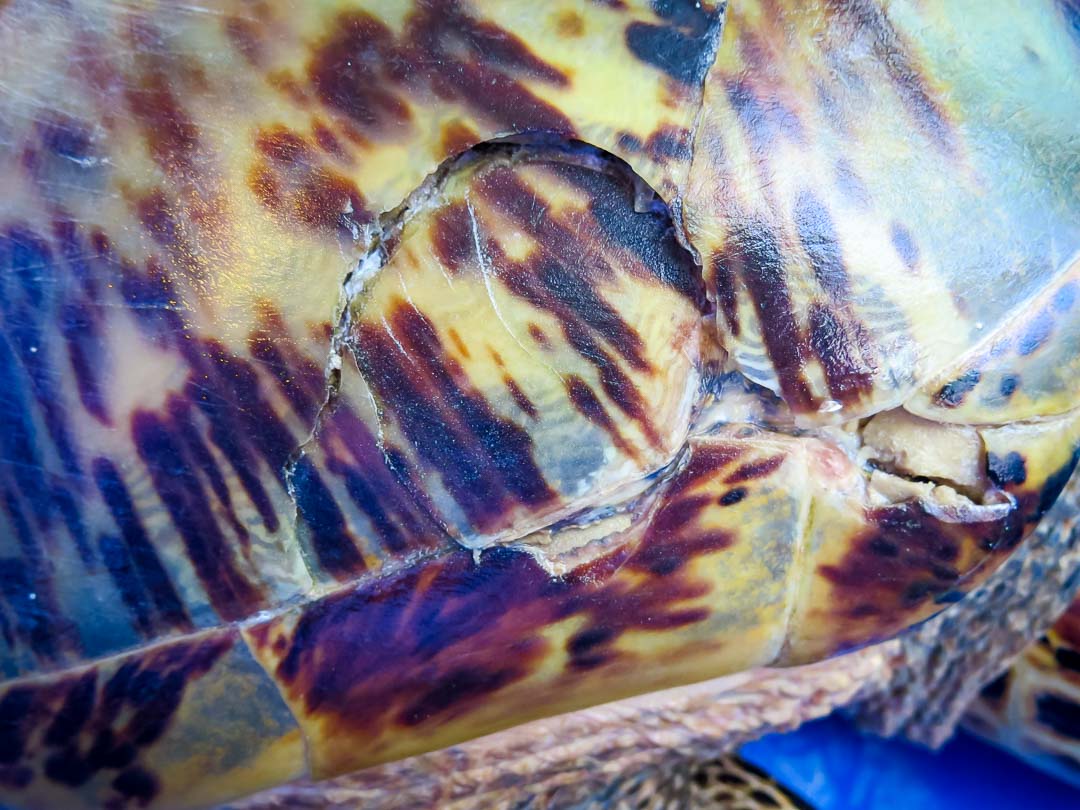 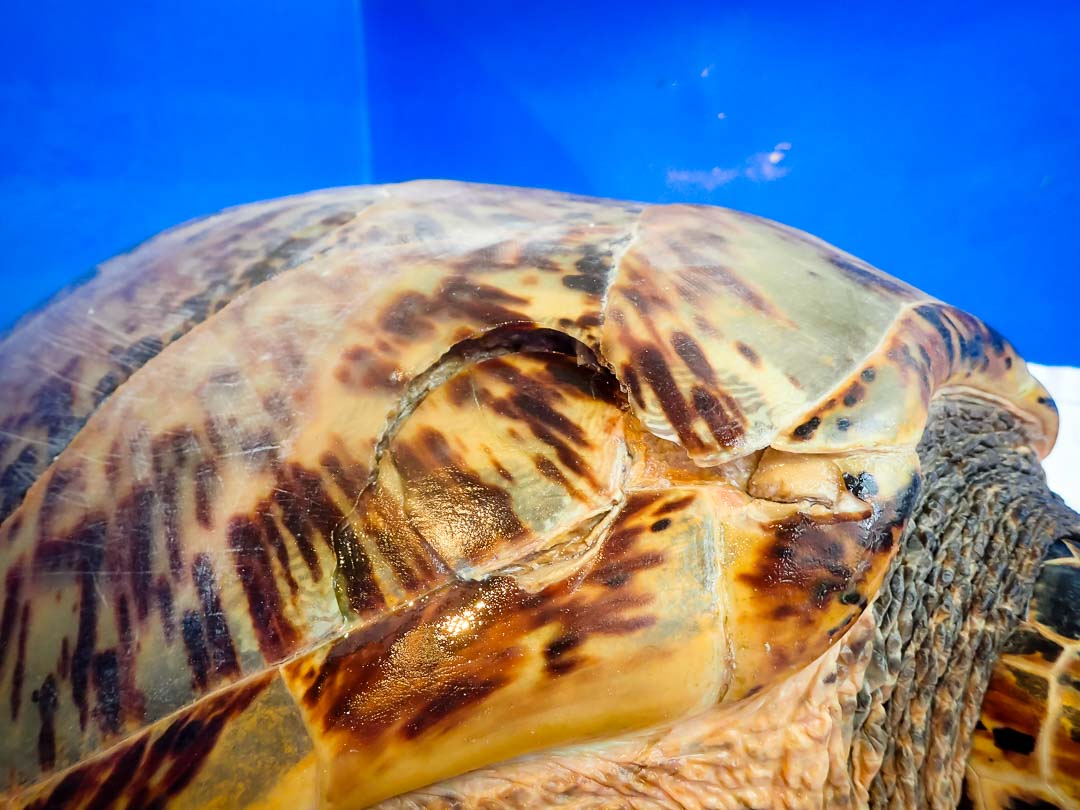 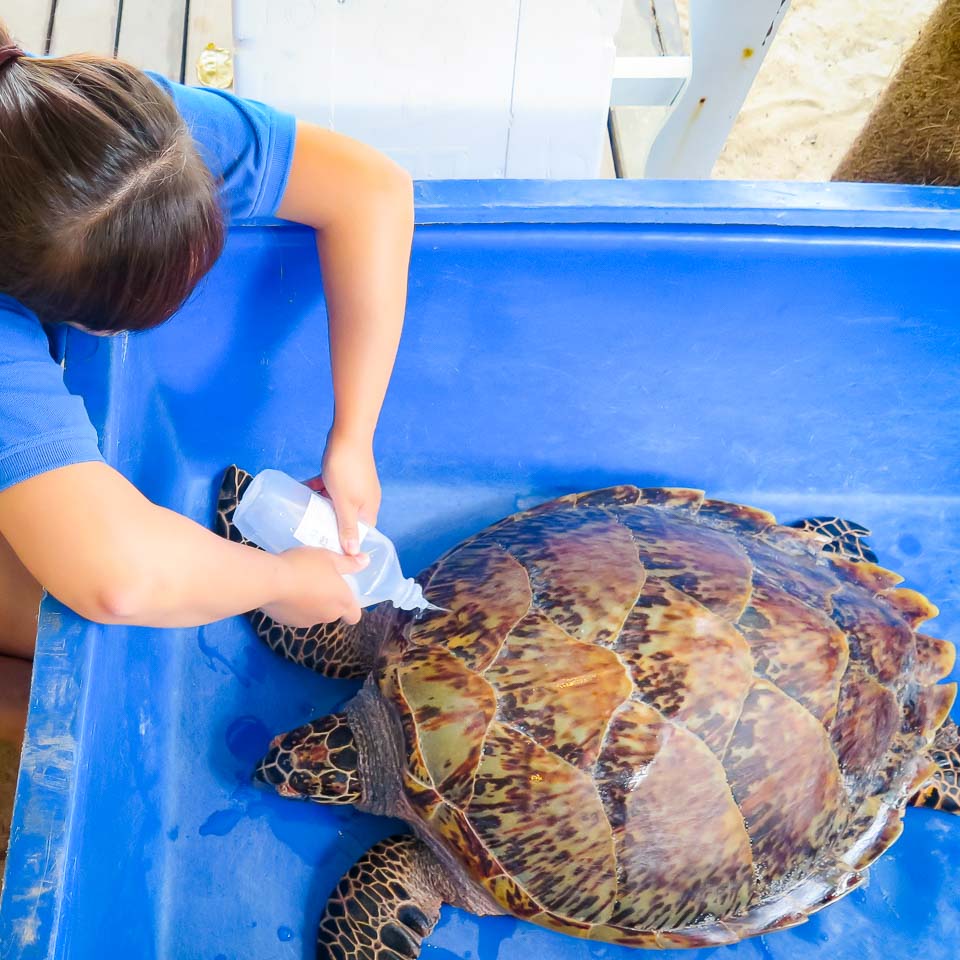 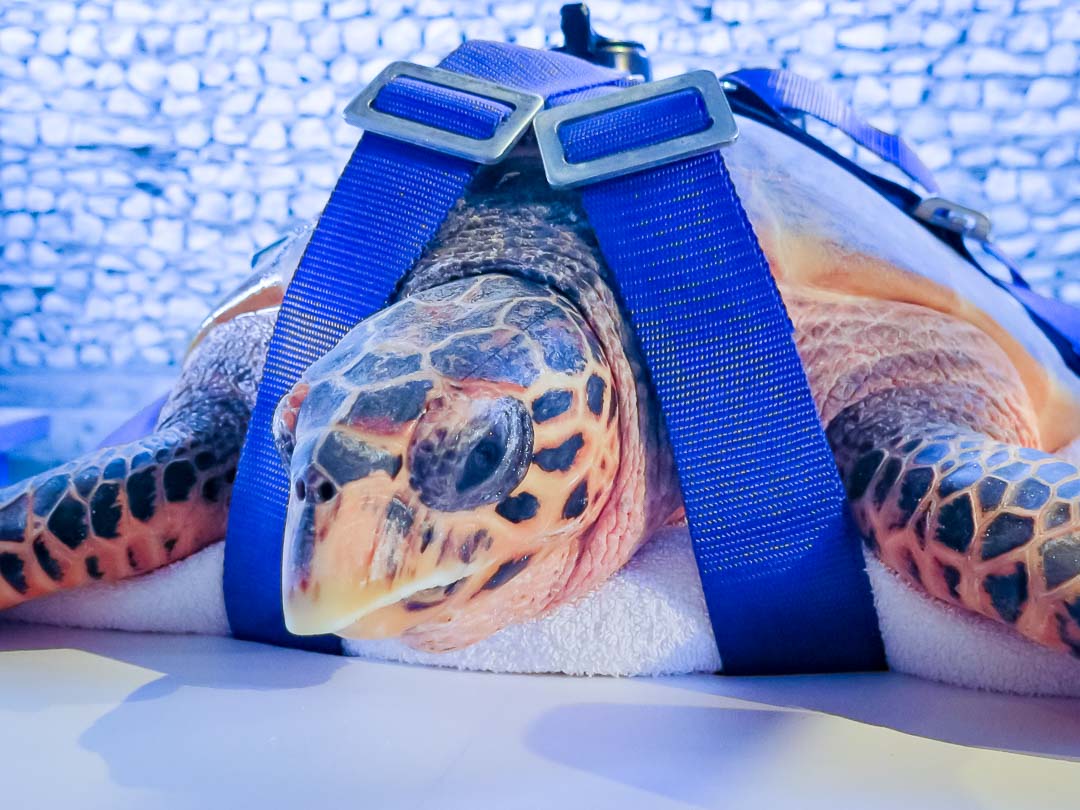 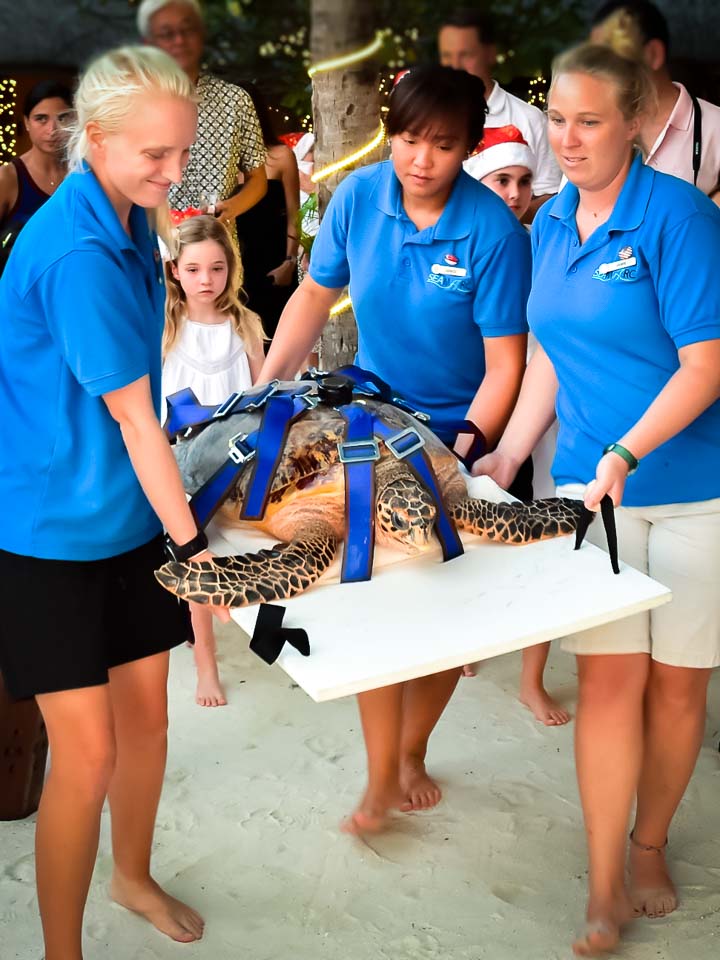 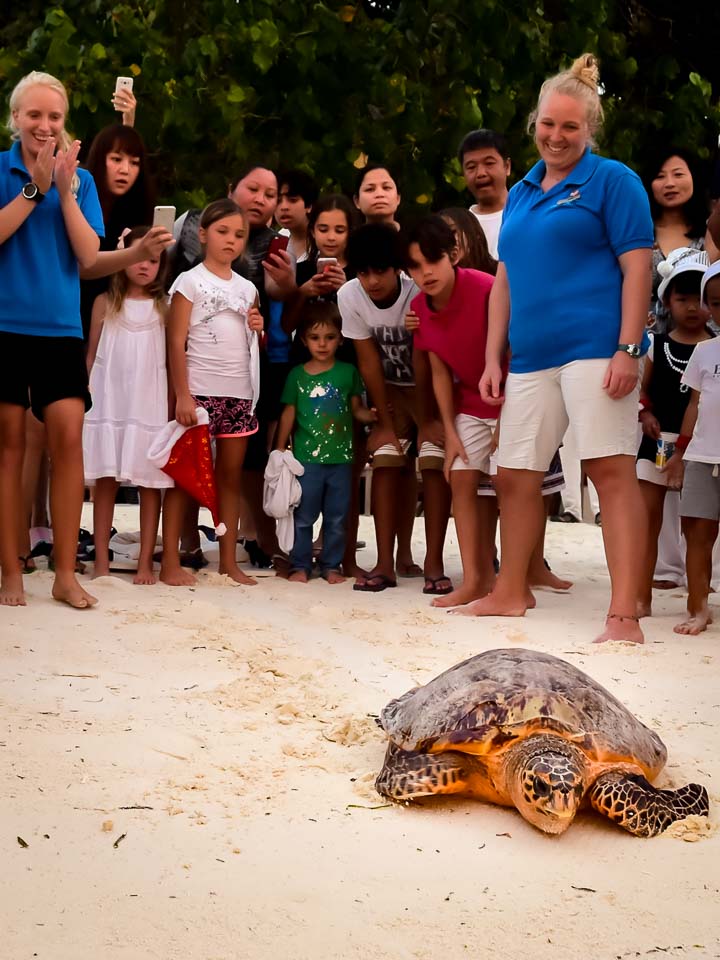 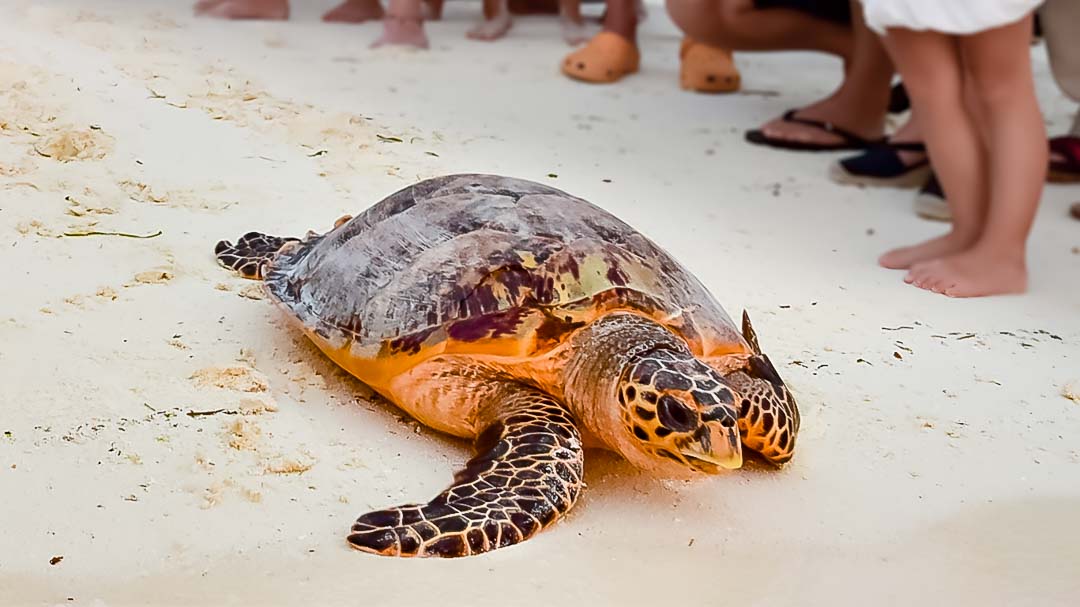 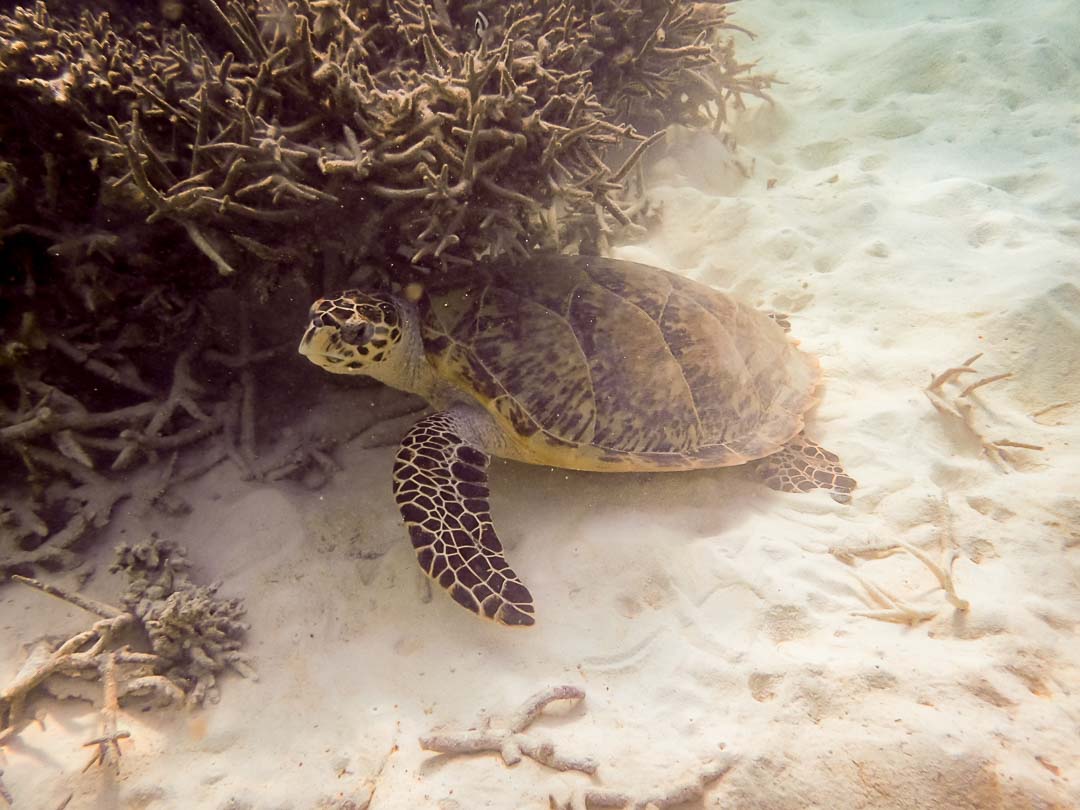 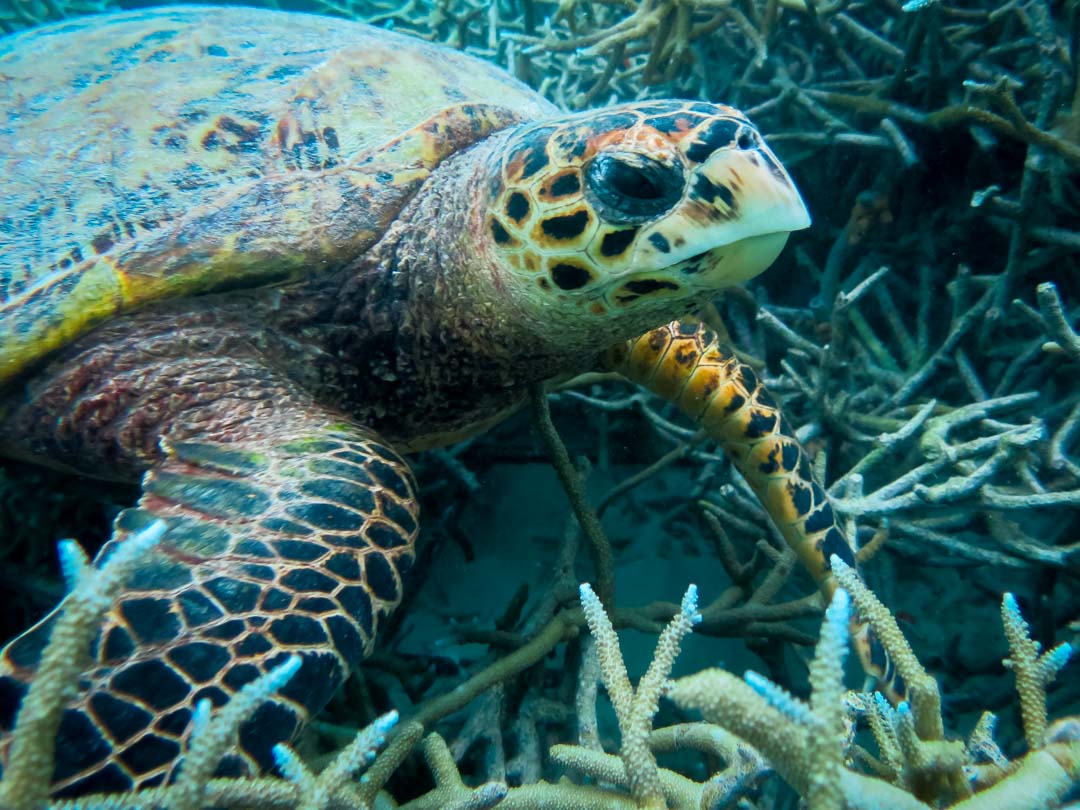