Julie (along with Susy, Bones, Max and Poppy) successfully made it to our centre at Kuda Huraa, where they are now receiving treatment. Unfortunately Julie endured the most damage, suffering a full amputation to her right rear flipper, severe lacerations to her front left flippers and an abundance of other superficial wounds across her body and plastron. She is now receiving fluids therapy and thorough wound care to help clean and heal her wounds. From initial assessments we are unsure if she will be able to keep her front flipper, however we will let her slowly settle in to her new surroundings before making any decisions on surgery.

7 March 2017
The Marine Aavers team at Kuda Huraa joined forces with Claire (veterinarian working for the Olive Ridley Project), to help our rescue turtles Julie and Susy, who were both in need of surgery.
The adult female turtles were carefully taped and wrapped to ensure they did not do any damage to themselves during their journey. Once the precious cargo was secured, they were ready for the seaplane journey to Coco Palm Dhuni Kholu (Baa Atoll).
After a thorough inspection from Claire, it was clear that Julie’s front left flipper would also need amputating. This would prevent her from ever being released back into the wild, as the loss two flippers would have made her life in the wild extremely difficult.
After two nights at the rescue centre Julie sadly succumbed to her injuries. 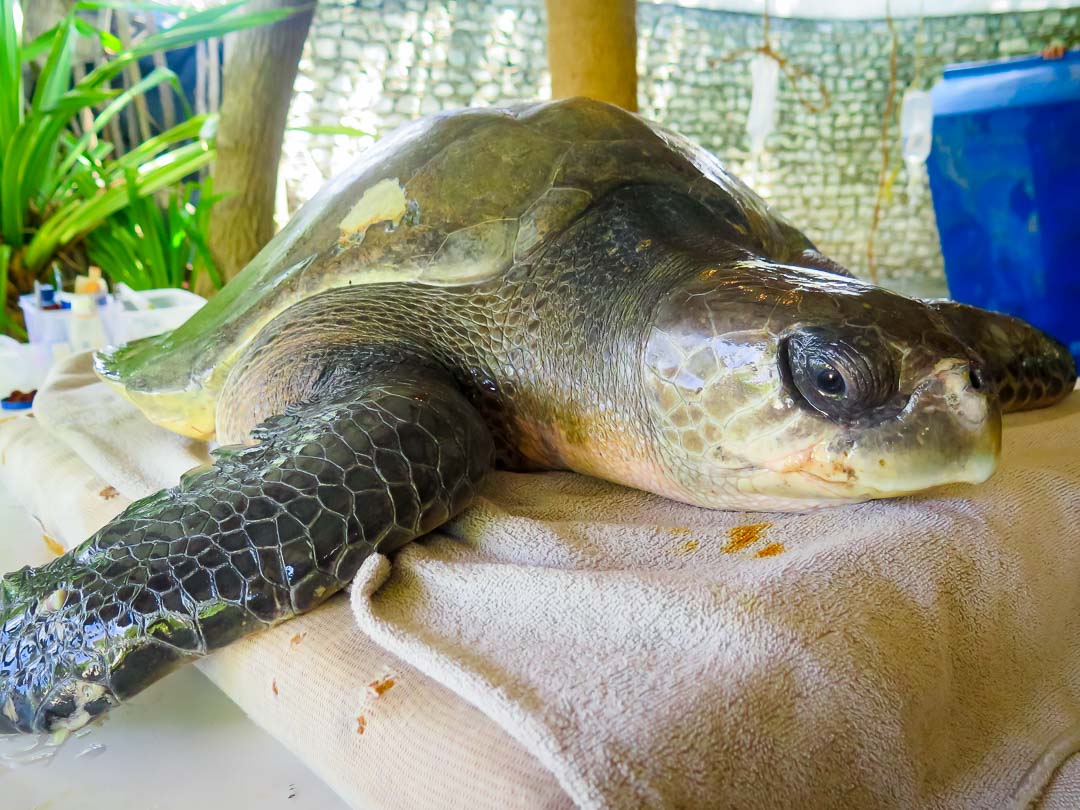