Hailey Armand was found entangled in a ghost net during a guest fishing trip in Lhaviyani Atoll. She was dehydrated and malnourished, so was put in a fresh water bath upon arrival for rehydration. She had an algae removal, and wound debride. Betadine and antibiotic cream were applied to wounds. She began a course of Amakican (0.6ml every 3 days for 10 doses).

She refused food for the first few days, but is starting to eat every meal and is getting stronger by the day. She has put on 1.6kg since her arrival. 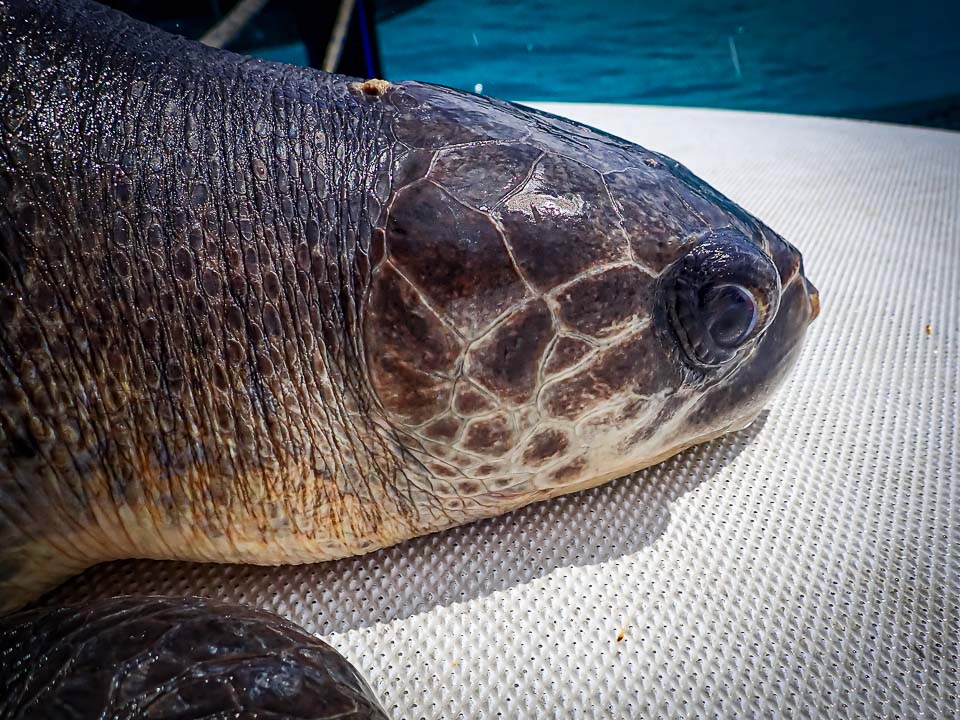 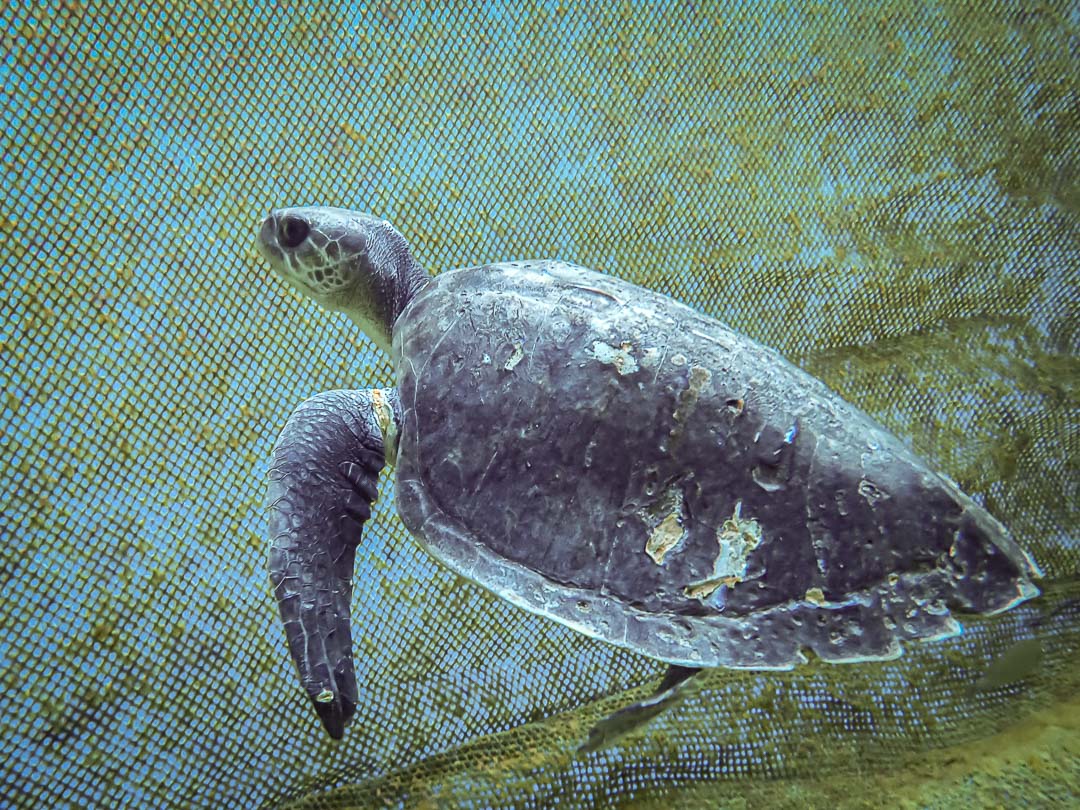 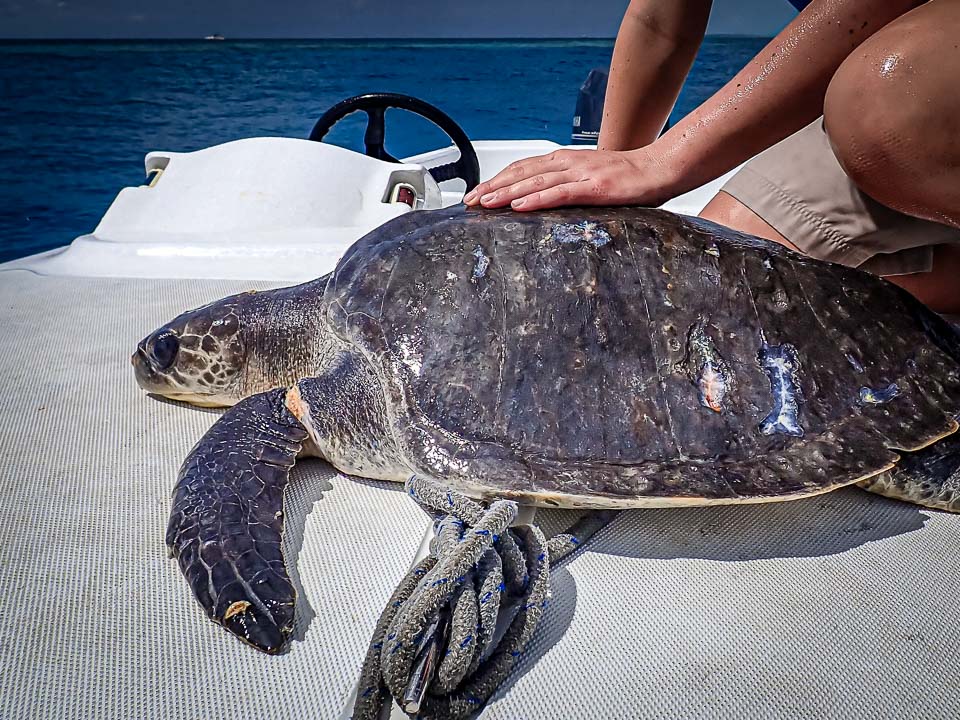