Eevee, a juvenile Olive Ridley turtle, was found floating on the surface near Soneva Jani resort (Noonu Atoll) with a damaged carapace and missing her 2 right flippers. Her injuries have healed, and she has no problem diving and resting at the bottom of the pool. She is a fussy eater, preferring pieces of fish with only a little skin. 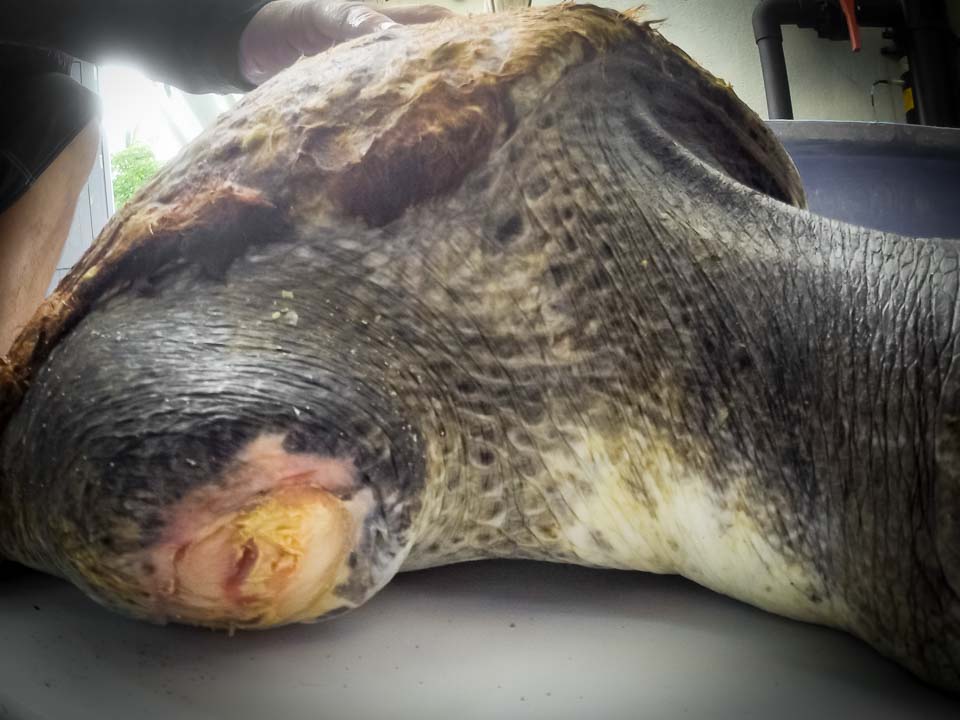 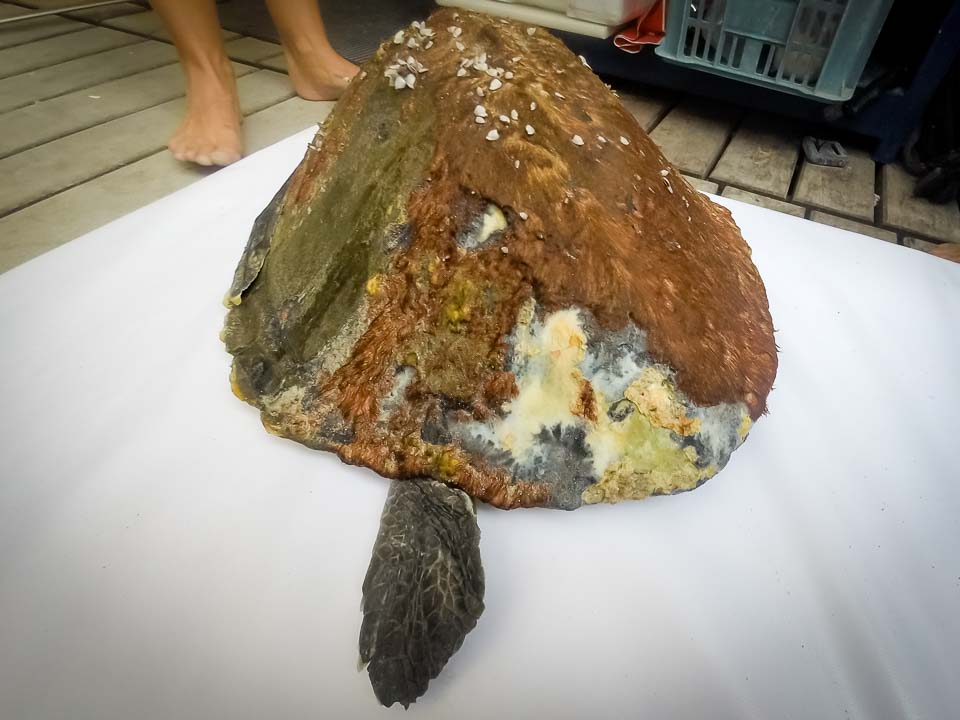 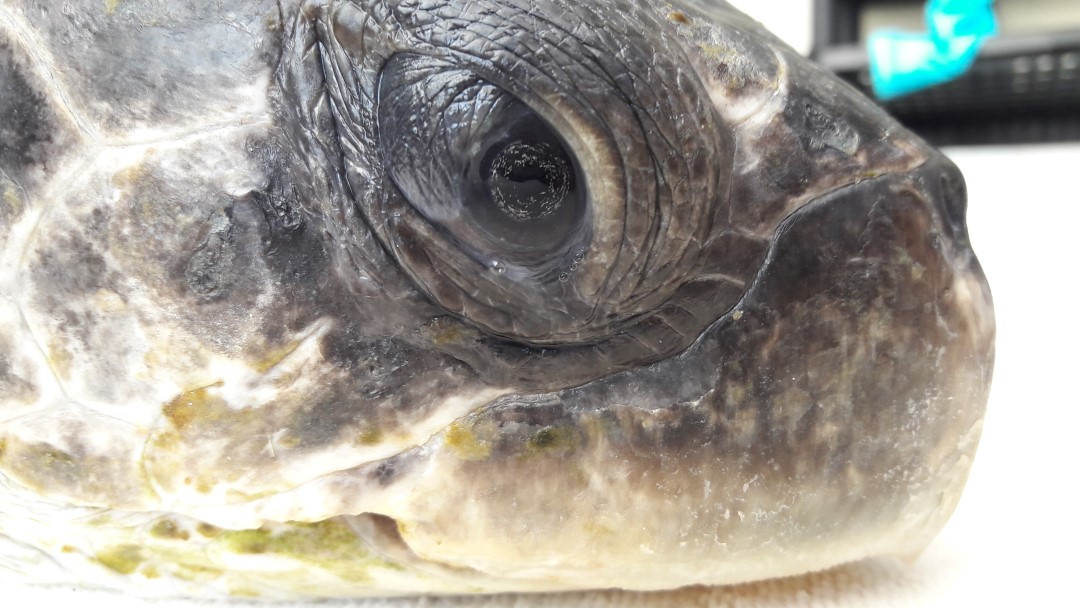 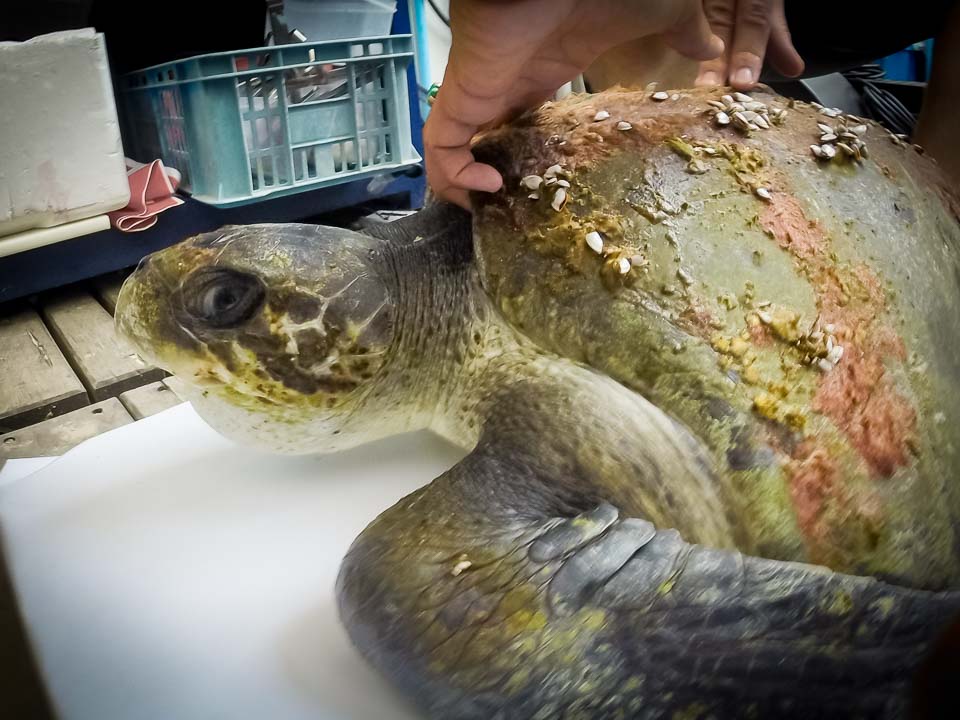 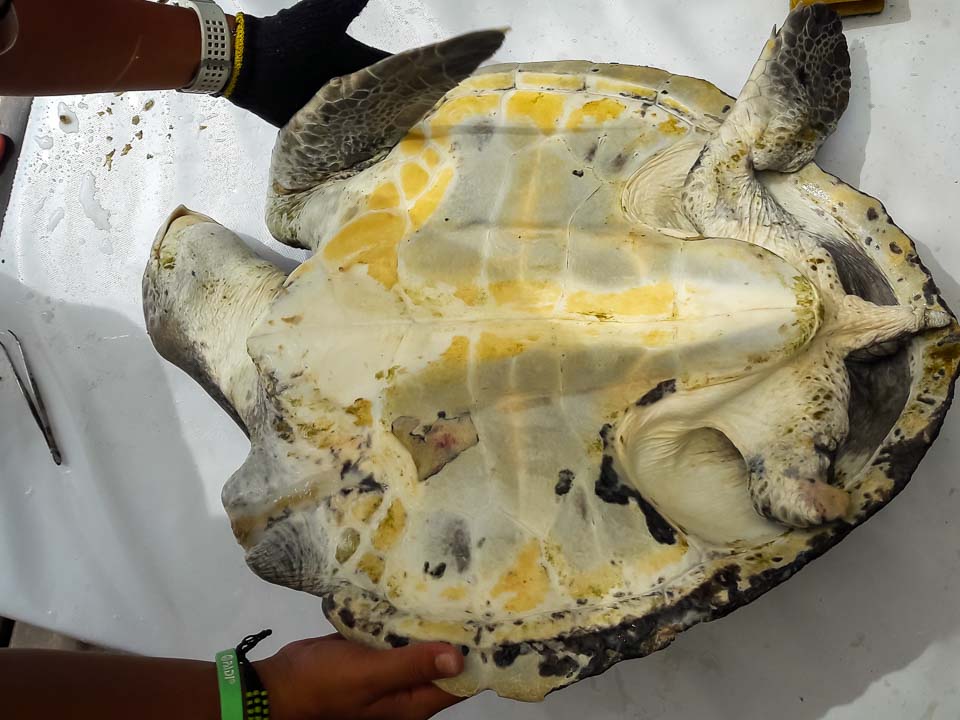 Eevee is recovering very well from her double amputation, and we continue to treat the wounds (and some parts of her carapace) with antibiotic cream. She has a good appetite and she is very active, especially when it is food time. Eevee stays mainly at the surface of the water although she is able to dive and rest at the bottom of her pool. 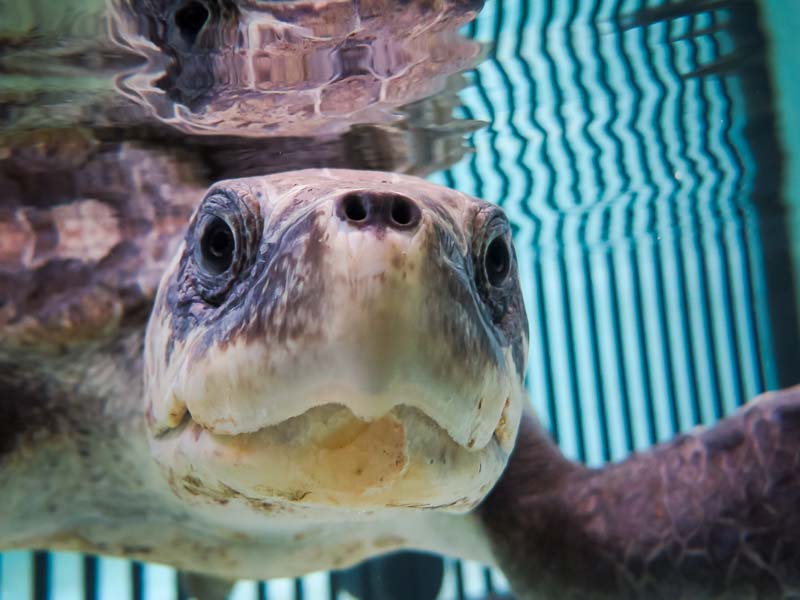 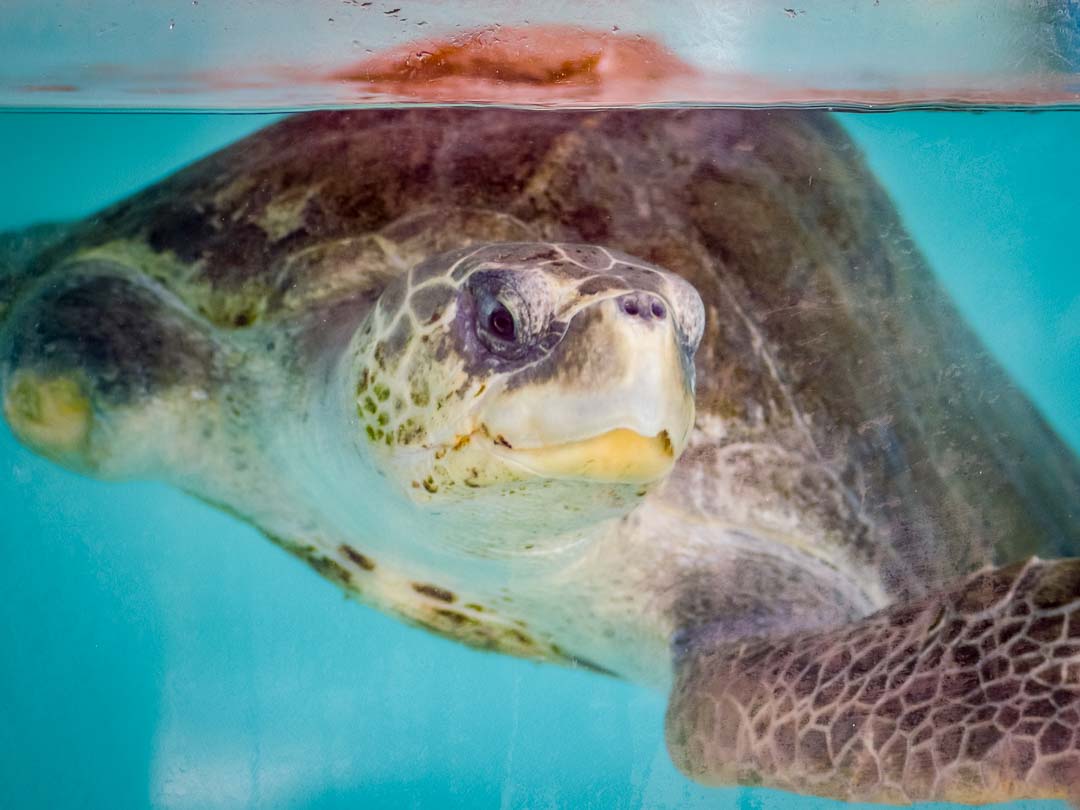 Eevee is gaining weight and more confidence in her pool. Regular wound care sessions have been scheduled to facilitate the healing of her injuries, specifically her right front flipper. Although she is a double amputee, Eevee is proving to be very mobile and is able to dive with ease. It will be a team decision to choose if and/or when an appropriate time would be for her to be released back to the wild.

After 3 months of treatment and care at our rehabilitation centre, Eevee fully recovered from her injuries and started to dive again. Despite missing 2 flippers, she could swim with a good level of control over speed and direction, making Eevee the perfect candidate for release back into the ocean with a satellite tracking tag (“Wildlife Computer” sponsored by Four Seasons).

After a trial attempt on 21 October, Eevee was successfully released on 25 October, and thanks to the satellite tracking tag we know that Eevee has already swam out of Baa Atoll, travelling more than 15km in just one day. 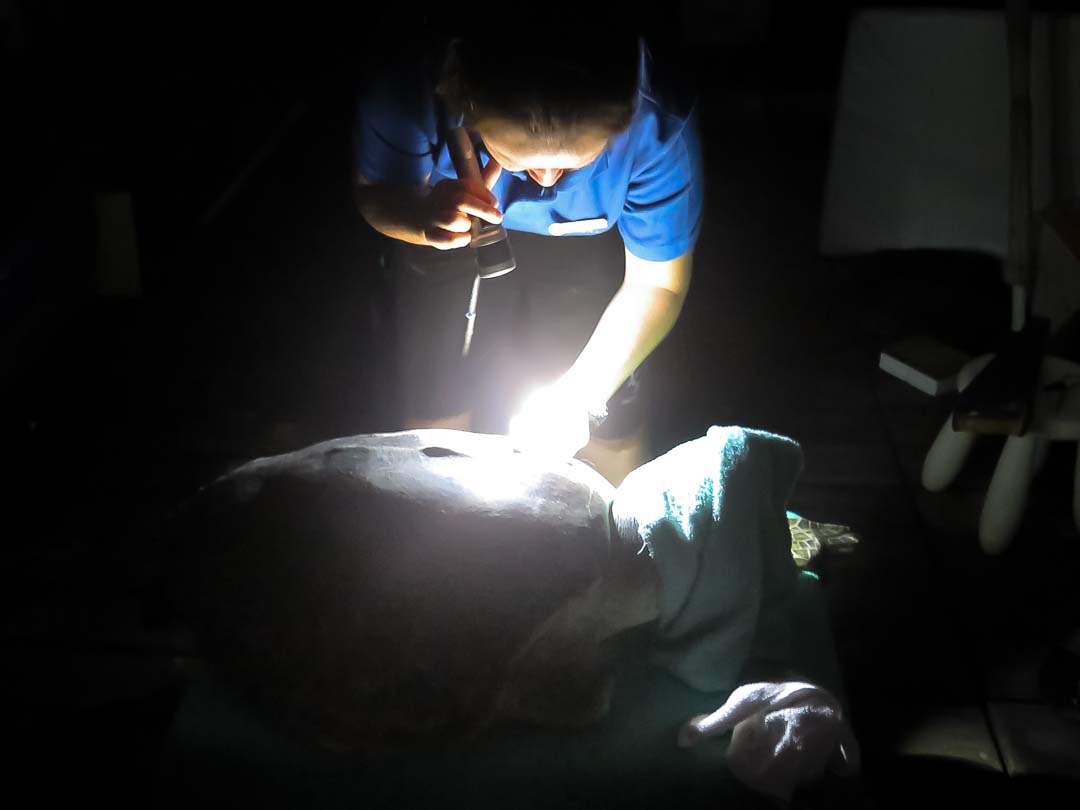 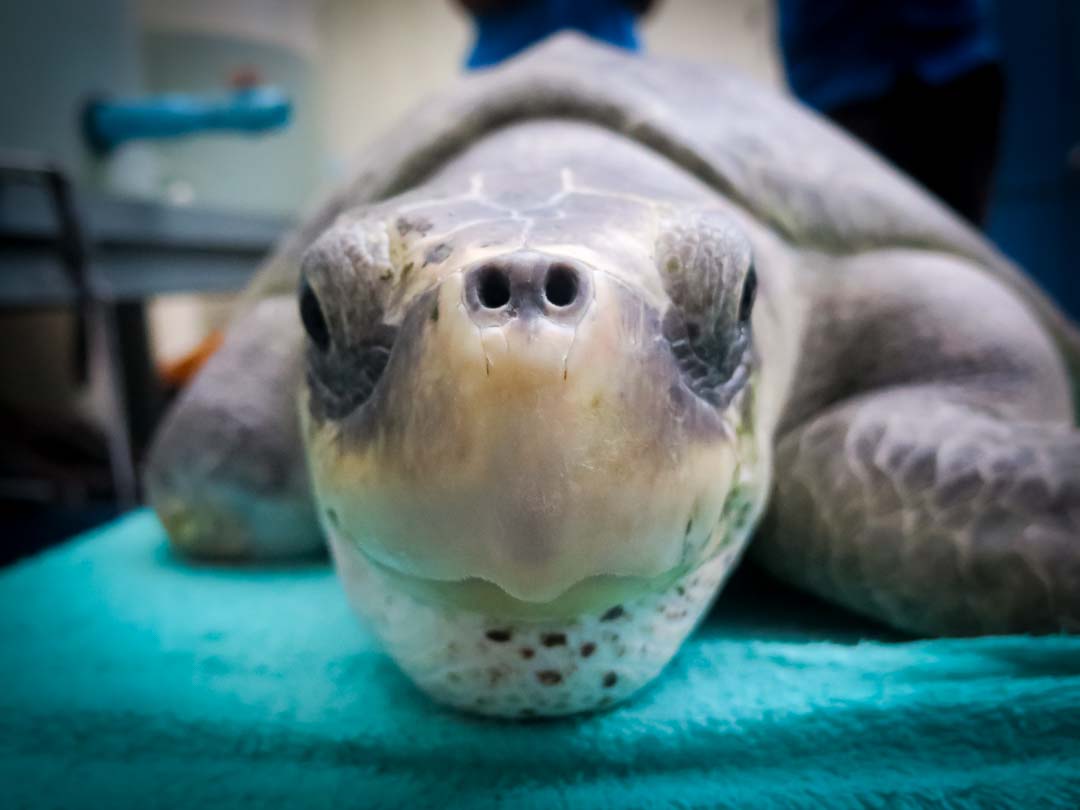 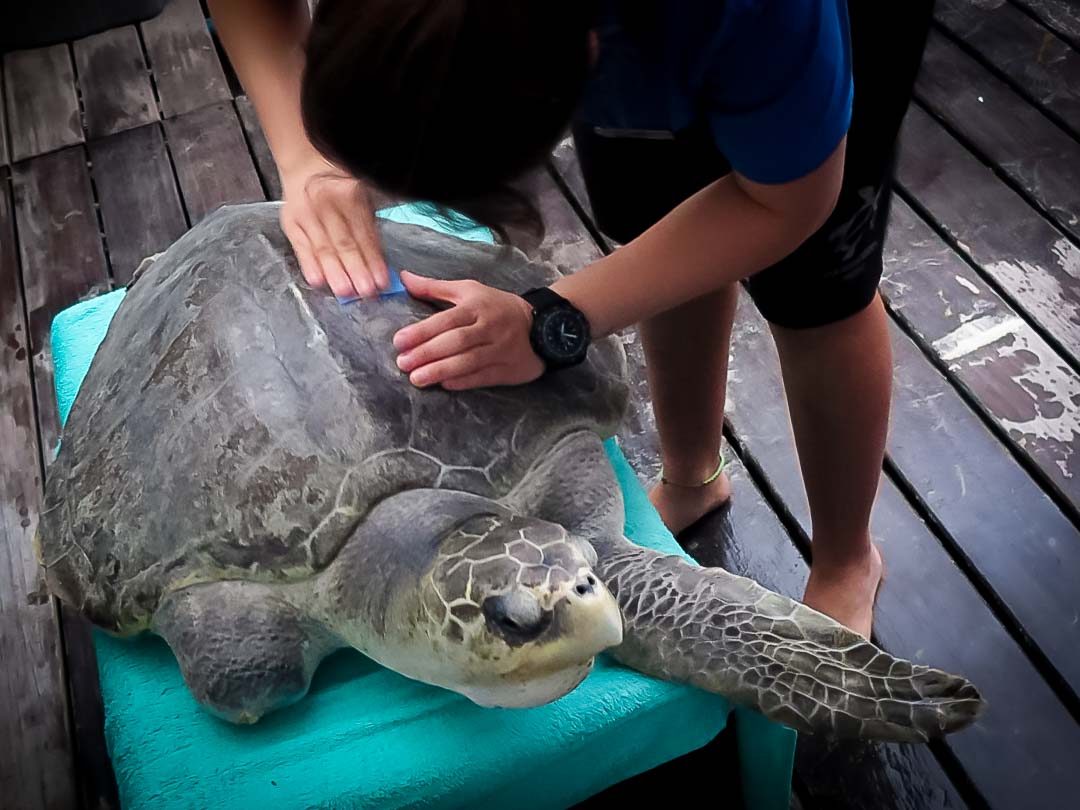 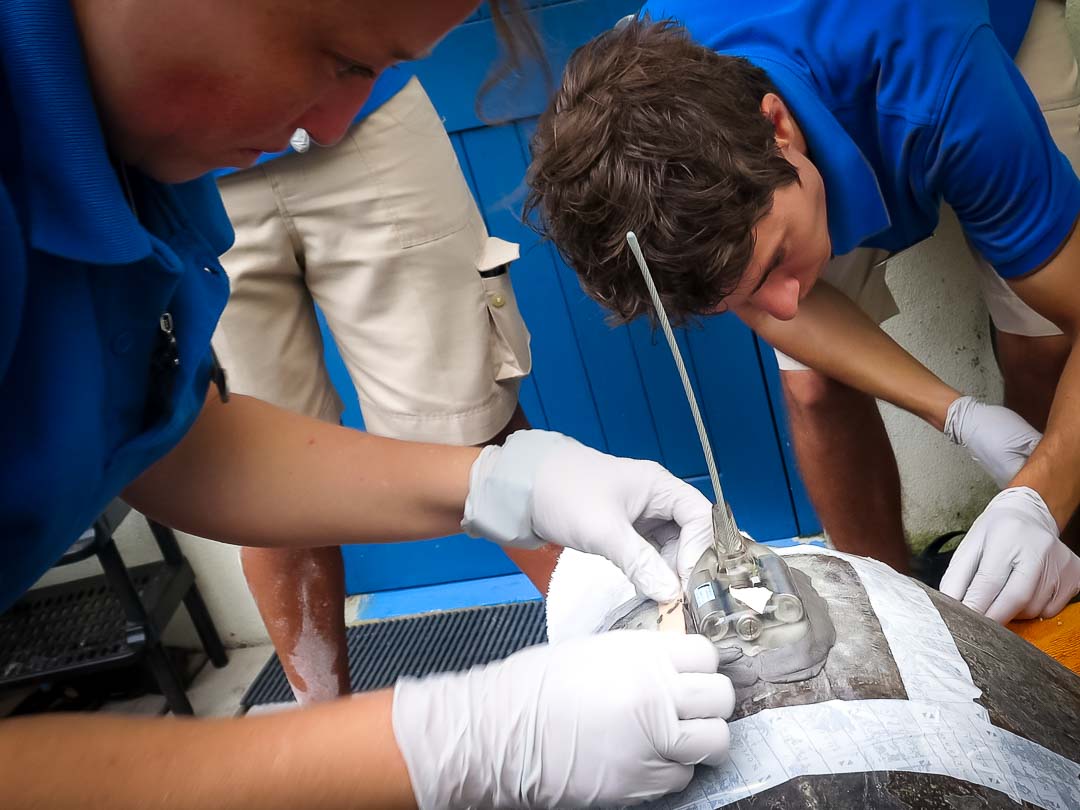 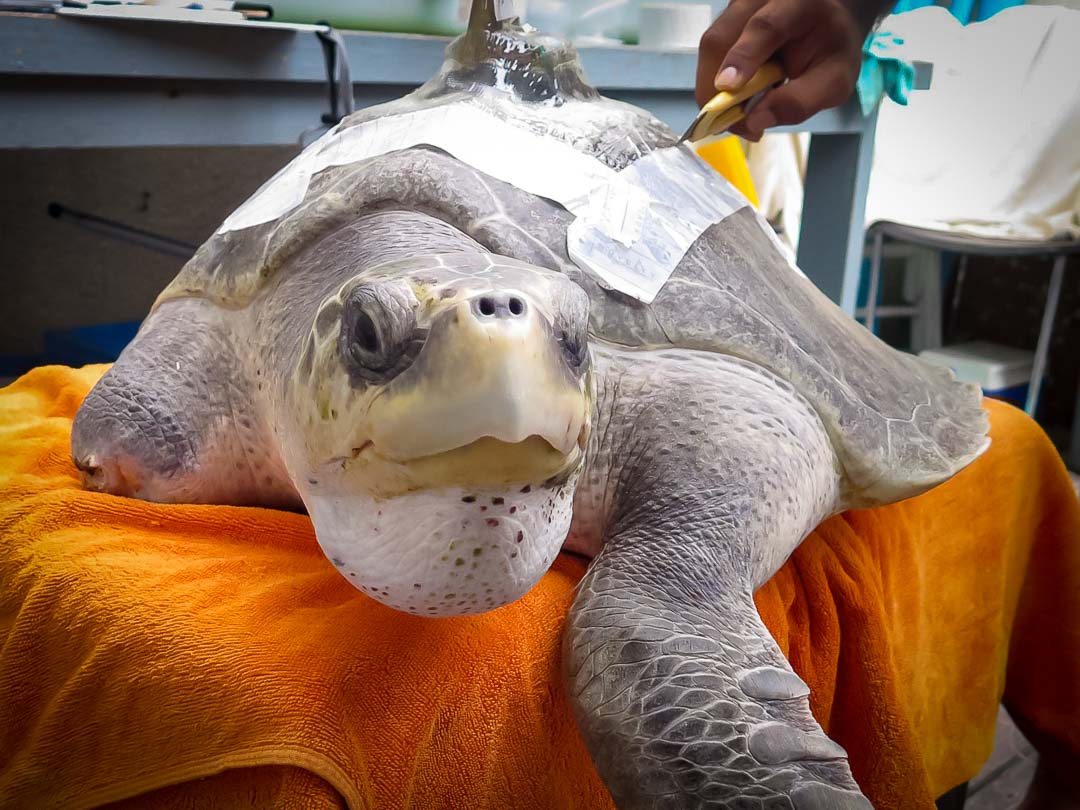 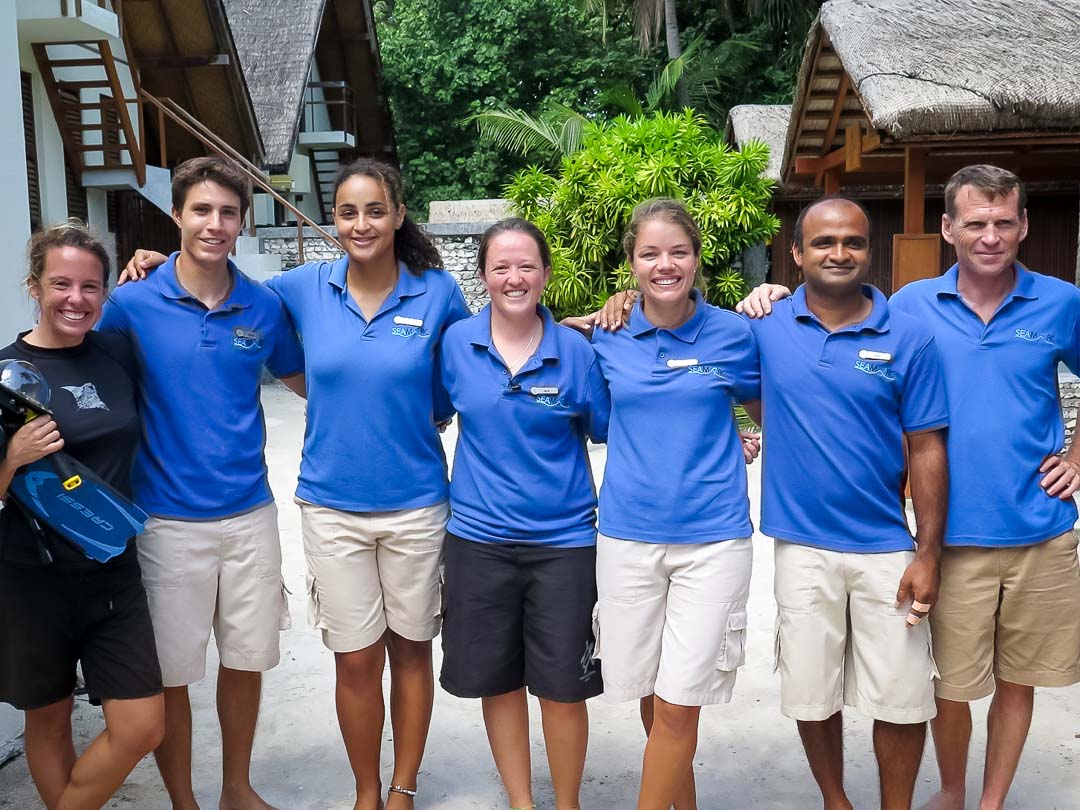 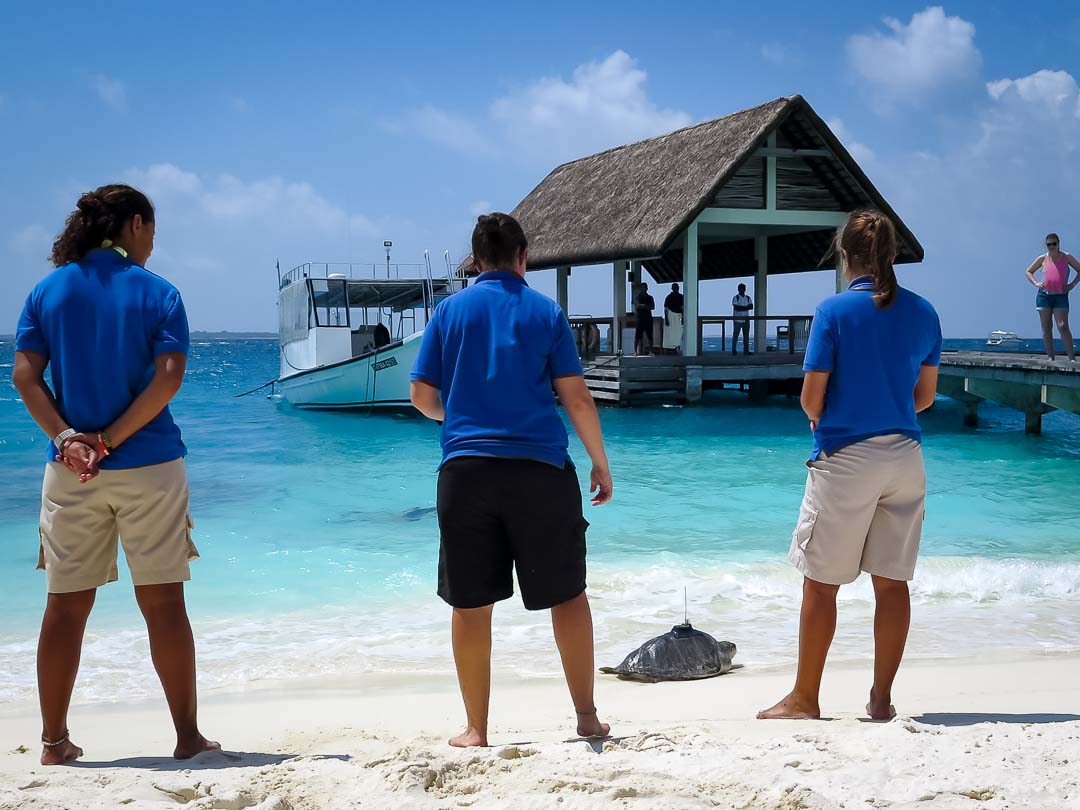 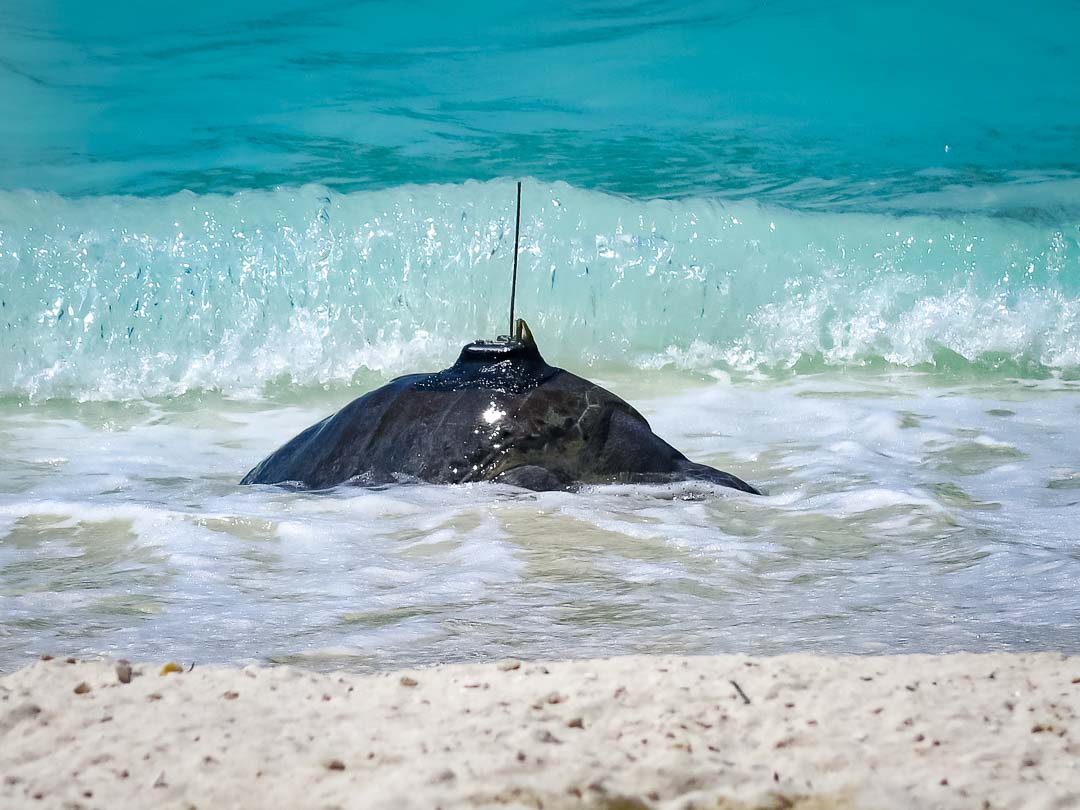