Dhondheeni [*] was found in Addu Atoll by the Addu Dive team (thanks guys 👍) on 10 August. This female Olive Ridley was sighted floating on the ocean surface, her carapace covered in algae, and both front flippers sadly missing, likely due to a previous entanglement in ghost netting (discarded fishing gear that drifts from overseas into Maldivian waters).

The team kept her overnight at their Dive Centre, and first thing the next morning she flew with Maldivian Aero from Gan regional airport (south Maldives) to Malé (central Maldives).

[*] The Addu Dive team named her ‘Dhondheeni’ after the beautiful white tern, found in Addu and the symbol of the City. These birds are on the protected species list in the Maldives with their main threat being habitat destruction. 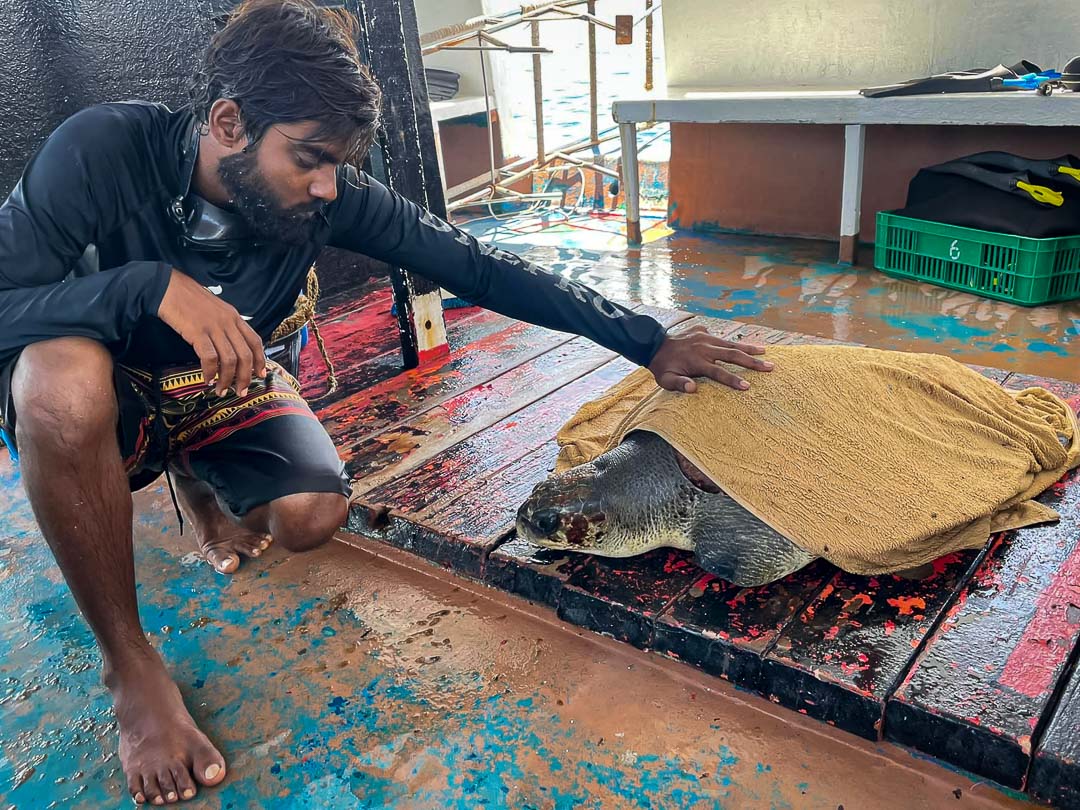 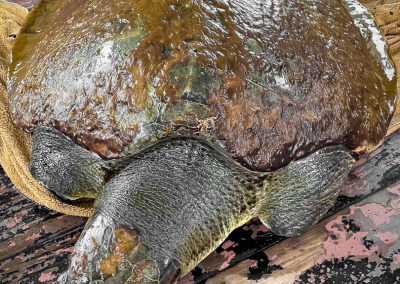 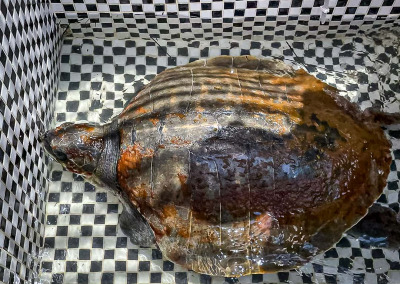 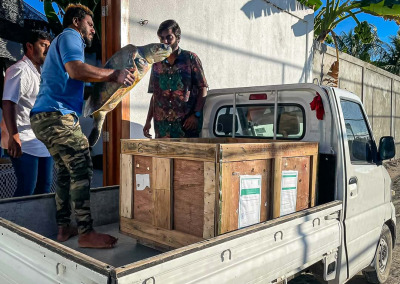 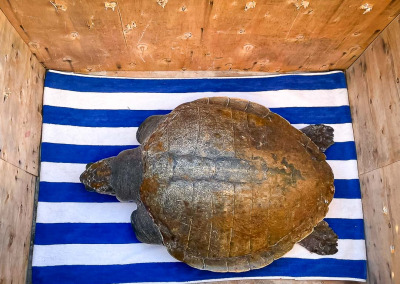 On 11 August, the Marine Savers team were at the airport to meet the flight arrival, and transferred Dhondheeni immediately via launch to our turtle rescue centre at Kuda Huraa. After a thorough checkup and a night in freshwater quarantine, she has now taken residence in our largest rehabilitation pool.

Dhondheeni weighs in at 29.9kg and is 65.5cm long (straight carapace length). She was given a great Four Seasons welcome in the shape of a large jellyfish, which she has been eating. We will continue wound treatment and close observation, but she has a lot of energy and a good spirit! 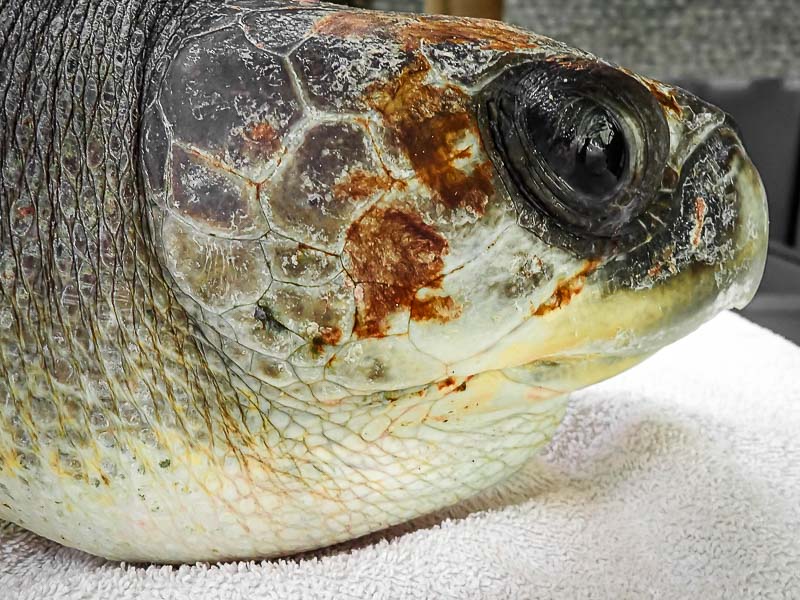 Dhondheeni was covered in algae, indicating a long period floating on the ocean surface 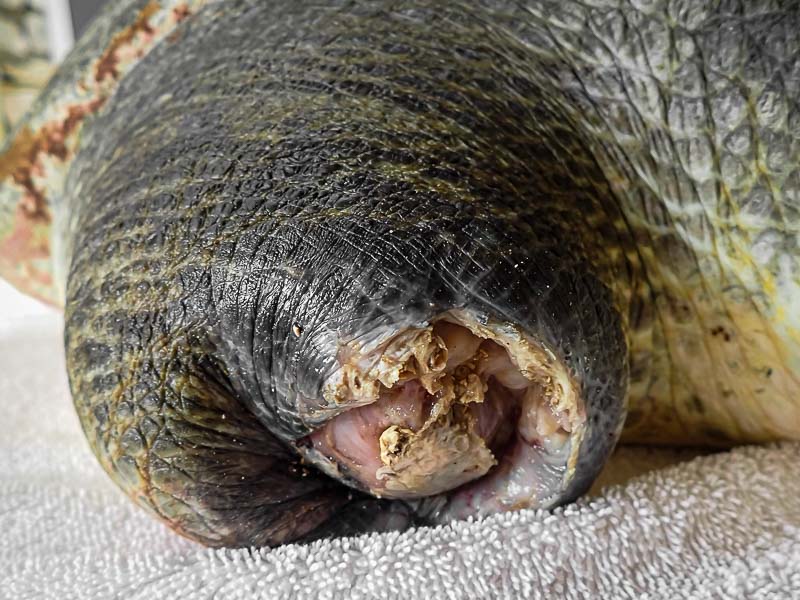 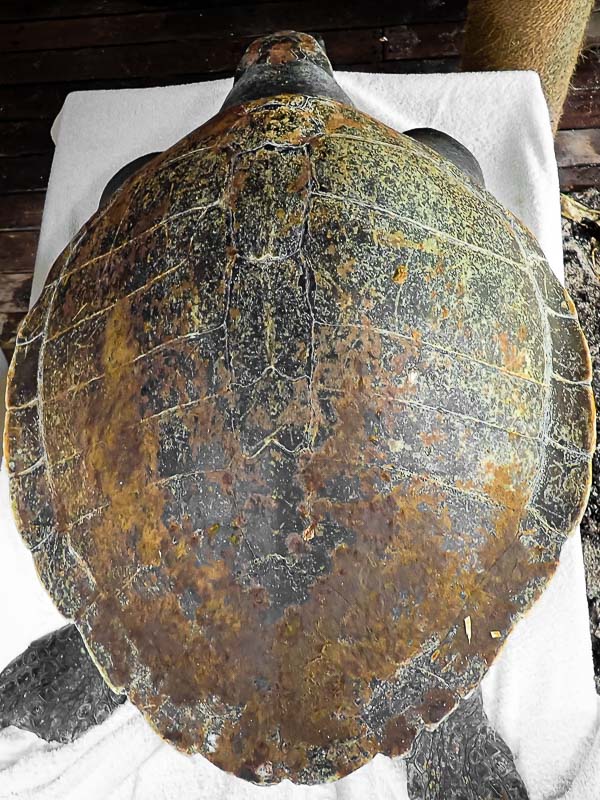 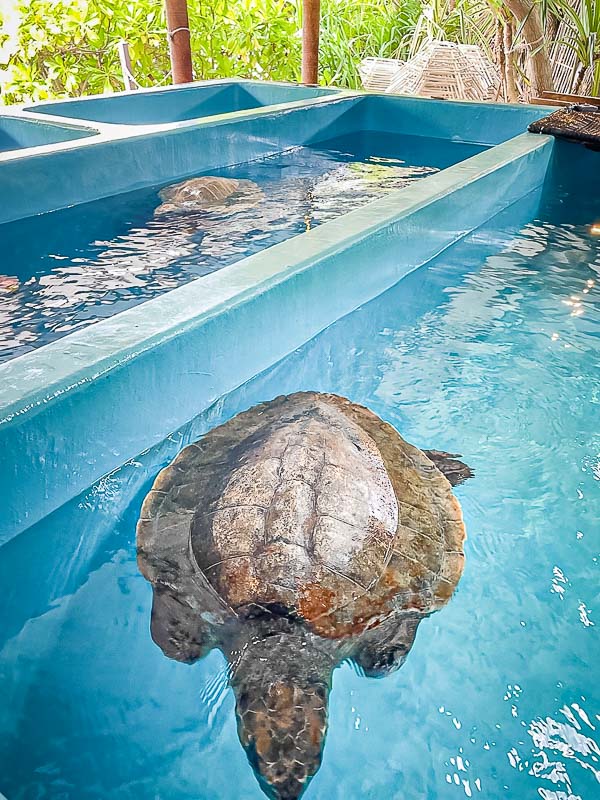 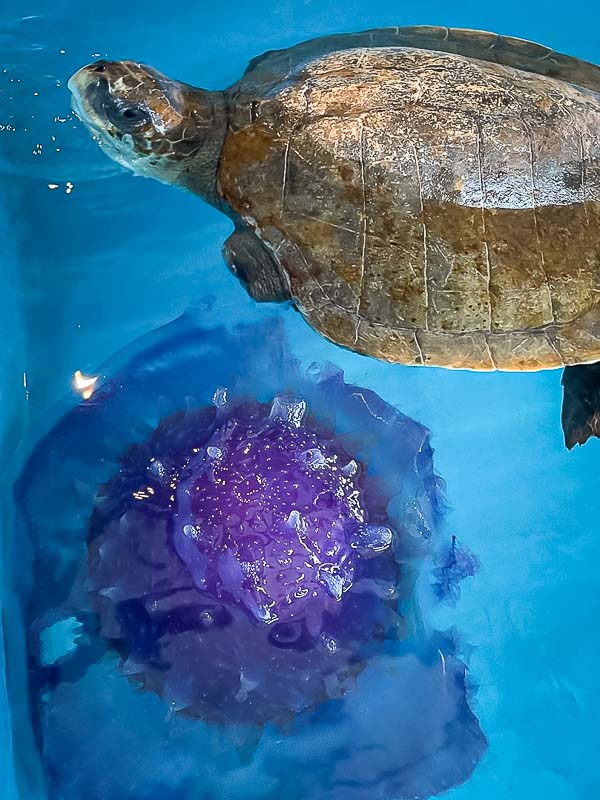 Sadly, Dhondheeni was found unresponsive in her tank this morning. For the previous 7 days, she had been refusing to eat, exhibiting visible signs of stress; she had lost some body weight and slowly became very weak and lethargic.