Crush was admitted to our Centre after being kept as a pet, and suffers from a severely deformed carapace (most likely from a crushing injury by being over-handled). The carapace of hatchlings is soft and malleable, and doesn’t provide much protection until becoming firmer after a few months.

It is unsure if Crush will be able to overcome this deformity, as there appears to be lung problems, difficulties diving and limited use of rear flippers. Without the ability to dive, Crush would not be able to survive in the wild.

Crush has been moved into a larger, deeper pool and has had no trouble diving to the bottom for food although still spends most of the time at the surface. With the shell injury, there is concern that the hatchling may not grow properly and this is being closely monitored with weekly health check-ups and photographs to document changes over time.

Crush’s shell deformity is becoming more pronounced as the turtle is growing however, the turtle is able to dive to the bottom of the pool and feed properly.

As Crush continues to grow, the indent in the carapace has become more pronounced, causing the turtle to curve more. To encourage normal growth of the carapace, we plan to develop a brace that will hopefully decrease the amount of curvature.

March 2016: Due to Crush’s carapace curve, the turtle rubs the rear flippers on the pool side which has resulted in an aggressive infection.

August 2016: After 348 days in care, Crush (RB.CM.021) sadly had to be humanely euthanised. Crush’s condition was always critical and became more severe as the turtle began to grow. Due to the severity of his carapace curve, Crush became unable to dive and remained at the pool surface. Recently, Crush’s condition was deteriorating and the decision was made to euthanise the turtle so that it would no longer suffer. A necropsy was then performed to see if there was more we could learn from Crush’s unique anatomy, and it became clear that Crush would not have survived a long or normal life. His lungs were undersized and displaced due to the curvature causing positive buoyancy, and his trachea was flattened causing difficulty in breathing.

Crush was an important patient at the centre and helped educate many guests with his charismatic personality and his important message on keeping sea turtles as pets. The severe injury to Crush’s shell was caused by being mishandled when he a hatchling and was kept as a pet. This is an illegal practice in the Maldives that we work to combat by participating in outreach events and educating local children. Crush will be sorely missed by us all, along with the many guests who had the opportunity to meet him. 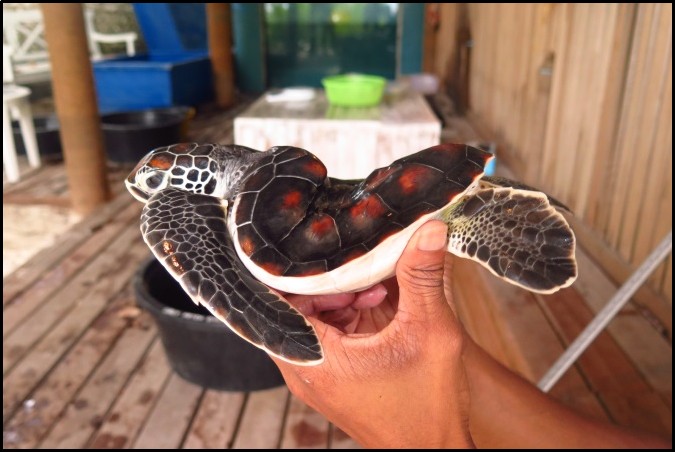 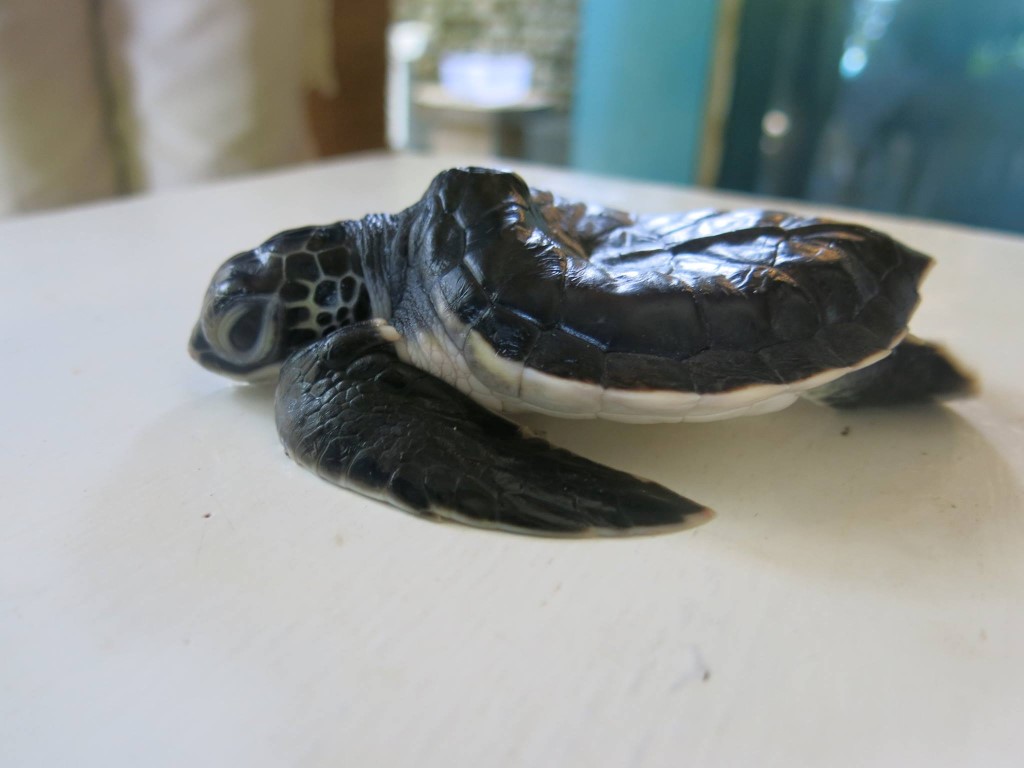