A juvenile hawksbill turtle ‘Boomer’ was admitted after being found floating on the sunrise side of Bodu Huraa by Four Season staff. Boomer was originally brought to our Centre late on 3 October, and after a night of observation it was determined the turtle was healthy enough to be released as the turtle was a normal weight without injuries or wounds; active and alert, with normal diving capabilities and buoyancy.

After two weeks of care and observation, Boomer was successfully released on 27 October in the Kuda Huraa channel with Kids Club. 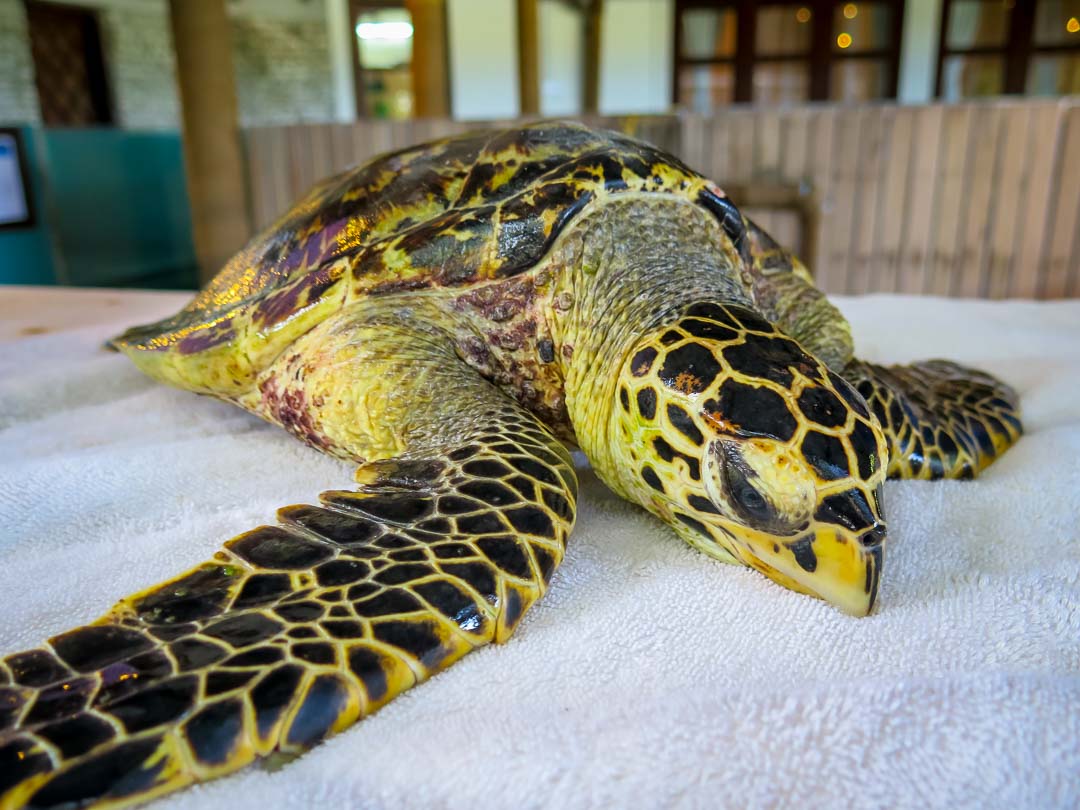 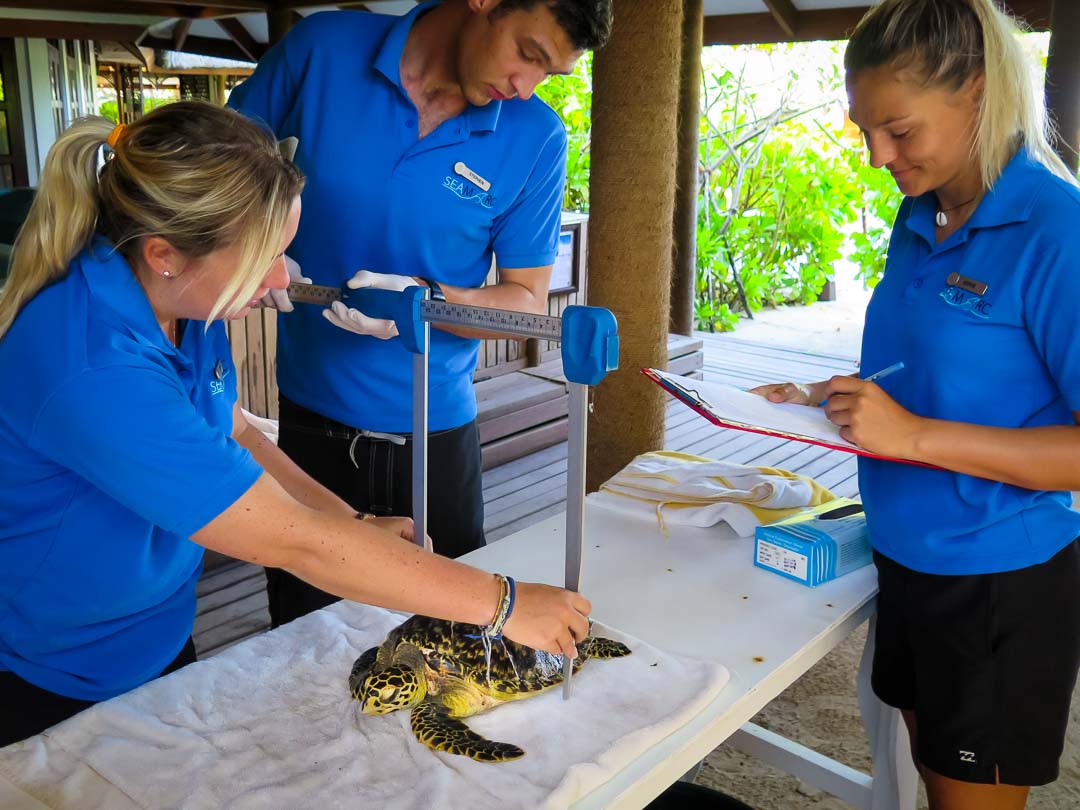 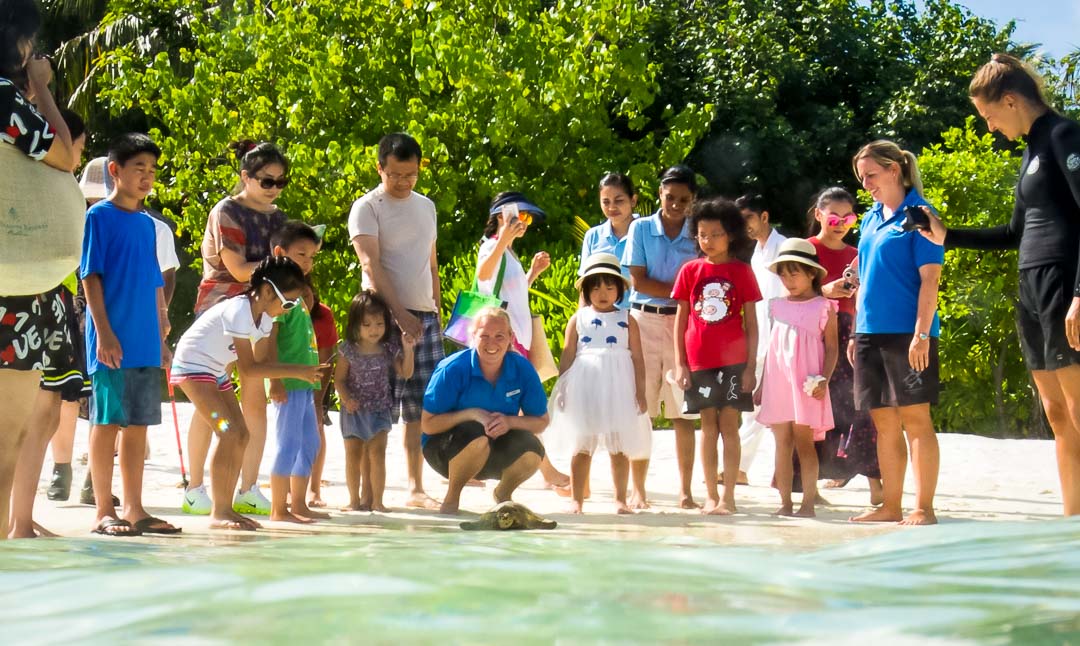