Bones (along with Julie, Susy, Max and Poppy) successfully made it to our centre at Kuda Huraa, where they are now receiving treatment. The most traumatic wound this juvenile Olive Ridley suffered is the complete amputation of her front right flipper. Unfortunately, these types of wounds are not uncommon and it must be very traumatic. This damage has left the bone completely exposed, which will require surgery in the near future. Bones will be in our care until his wounds are healed and he is able to relearn how to swim, dive and feed for himself as an amputee. 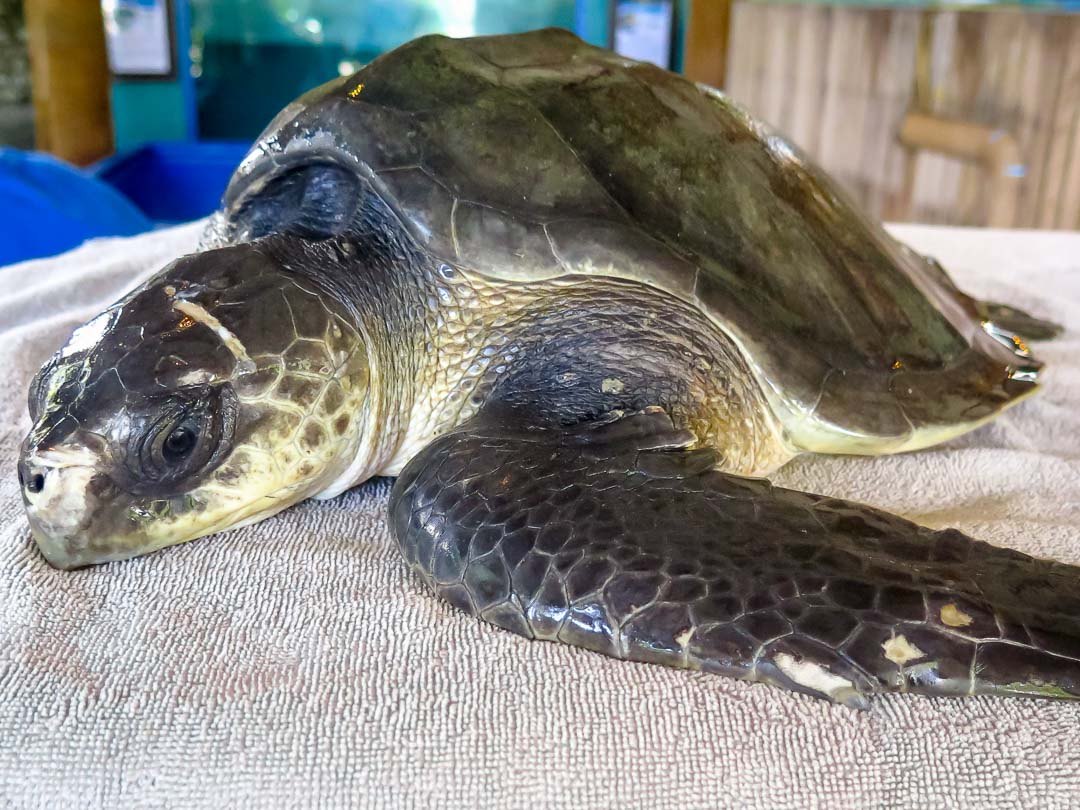 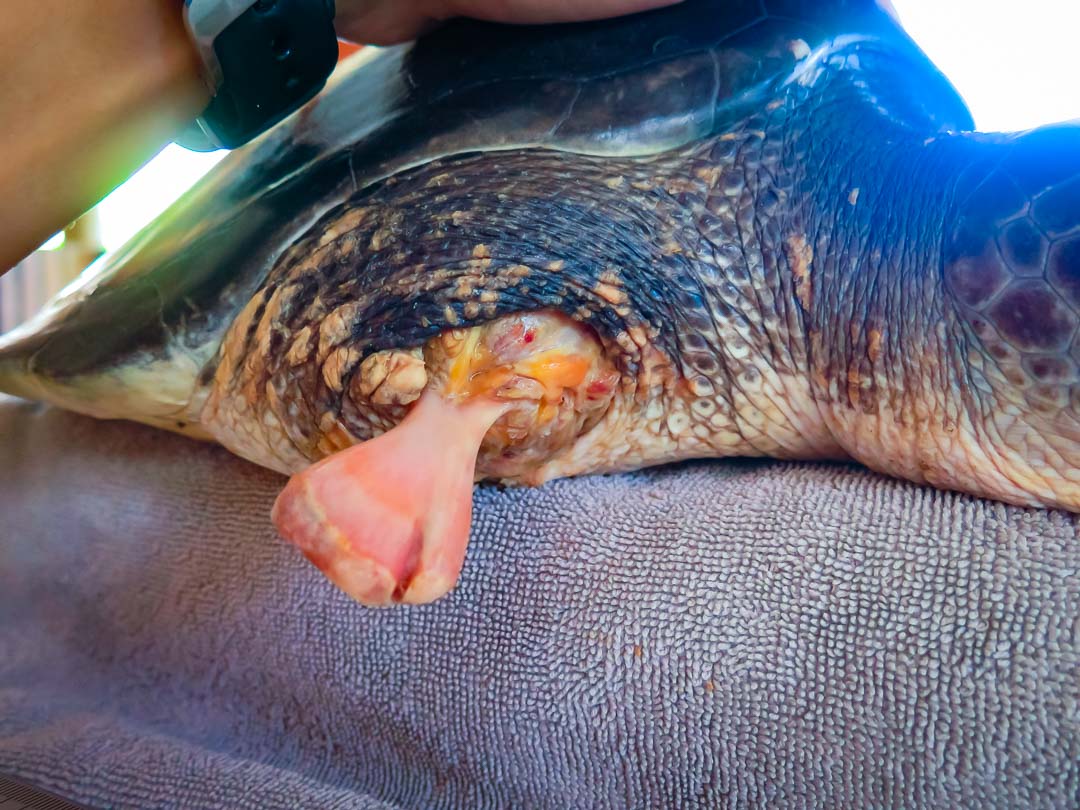 Bones is now being exclusively drop fed as heis able to swim to the bottom of her pool and feed for himself. Bones now spends very little time on the surface and has returned to a healthy weight for his size. He will be eligible for release next month.

Bones made a full recovery, with his RFF amputation healing fully and cleanly. He dived with ease and needed no assistance during feeding.
On 22 May, Bones was released at our back reef (Velaa Faru) and despite his amputation, he quickly swam away into the deep blue.