Environmental education is an important part of our community awareness program, and being able to reach out to the younger generation here in the Maldives is a great way to inform them about the fragile environment that we live in.
UPDATE – the school visits proved to be a great success. 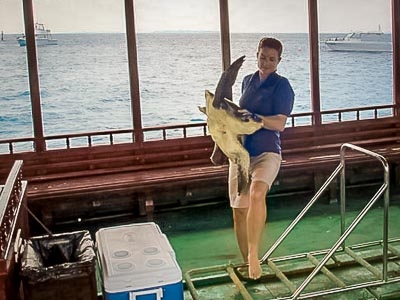 Eduardo was found during a Dolphin Cruise on 15 January 2013, badly entangled in a net – read about his rescue, and news of the latest turtle releases. 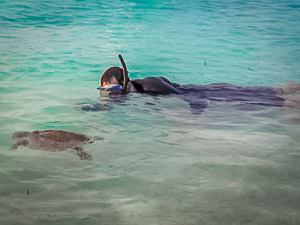 Catch up with all the latest turtle updates from our 2 Marine Discovery Centres, as we welcome some new visitors and bid farewell to old friends.
There are also details from our satellite tracking programs – you won’t believe just how far our newly released turtles have travelled !

We Transplant our 1000th Coral Frame at KH !

Our 1000th coral frame was successfully transplanted in December – a great achievement! This frame was placed in the Green Lagoon and was transplanted as part of our ‘Build A Reef’ programme, with help from a number of guests, all excited to be a part of this important milestone.

Get up to date with the latest stories from our turtle conservation teams – there’s good news about Julie our rescued hawksbill turtle, and an unusual birthday party celebration ! 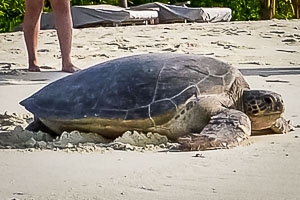 On September 21, 103 green turtle hatchlings emerged from the sand on Kuda Huraa’s Sunrise Beach – the first wild turtles to be born on the island in 15 years.