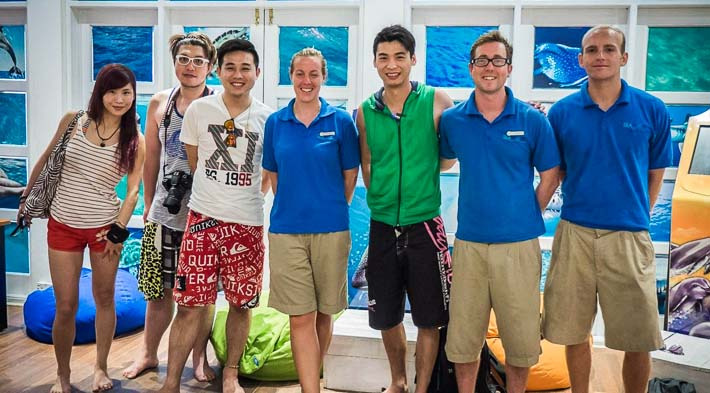 Catch up with all our latest Reefscaping news, with updates on our coral frames and reports of recent coral bleaching.
We also welcomed a film crew from Hong Kong this month, who are making a documentary about our work here at Kuda Huraa.