Check out the project page first, for a background of the types of dolphins (and other Cetacean species) sighted in the Maldives, and enjoy our updated diary entries and photos, below.

At Kuda Huraa this month, we recorded 448 Spinners during 13 guest excursions, swimming in pods of between 10 to 80 individuals, during encounters lasting an average of 40 minutes. From our ID photographs, we confirmed resightings of two known individuals. Our database now totals 247 uniquely identified Spinners (using 546 photographic sightings).

At Landaa, we sighted 691 Spinners during the eight dolphin trips this month, in encounters lasting between three to 45 minutes. Calves were sighted in most pods, and common behaviours included cruising, playing, jumping, and bow-riding. From our ID photographs, we confirmed 12 Spinner resightings, and added 11 new uniquely identifiable Spinners to our database.

At Landaa, we recorded 430 Spinners and two Bottlenose dolphins, across six excursions in encounters lasting between three to 35 minutes. From our photographs, we were able to uniquely identify six new Spinners, and confirmed six resightings.

At Kuda Huraa, we had an impressive number of cetacean sightings across 15 excursions that included not only Spinners (470 individuals) and Bottlenose (35), but also Pilot Whales (52), False Killer Whales (100), and the rarely seen Risso’s Dolphins (6). On average, our encounters lasted 27 minutes, and dolphin calves were usually present.
From our ID photos, we confirmed one Spinner resighting.

At Landaa, we recorded 784 Spinners, two Bottlenose, and 20 Short-Finned Pilot Whales across 13 guest excursions, with encounter times averaging 22 minutes.
From our ID photos, we added two new individual Bottlenose plus nine Spinners to the database (and confirmed 11 Spinner resightings). 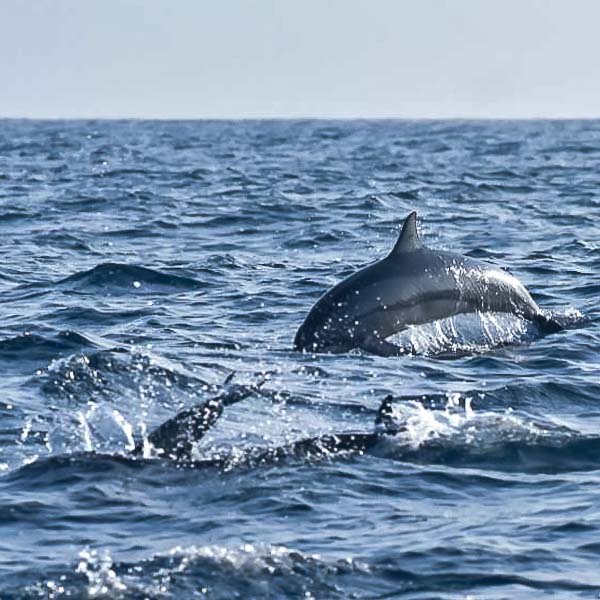 Playful Spinners jumping in the waves 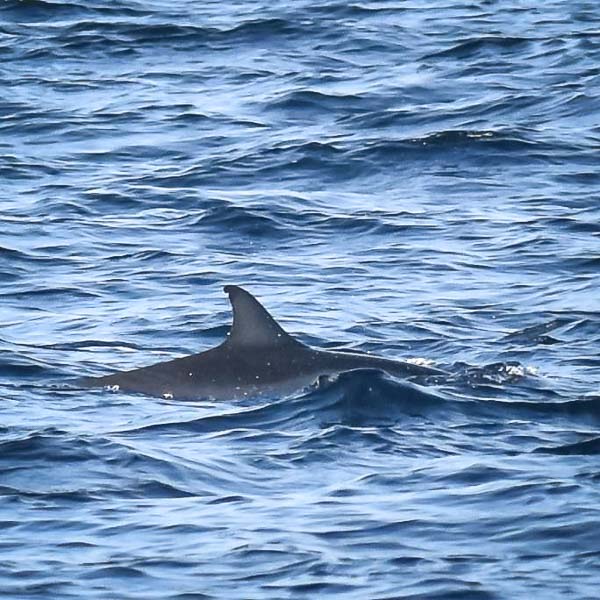 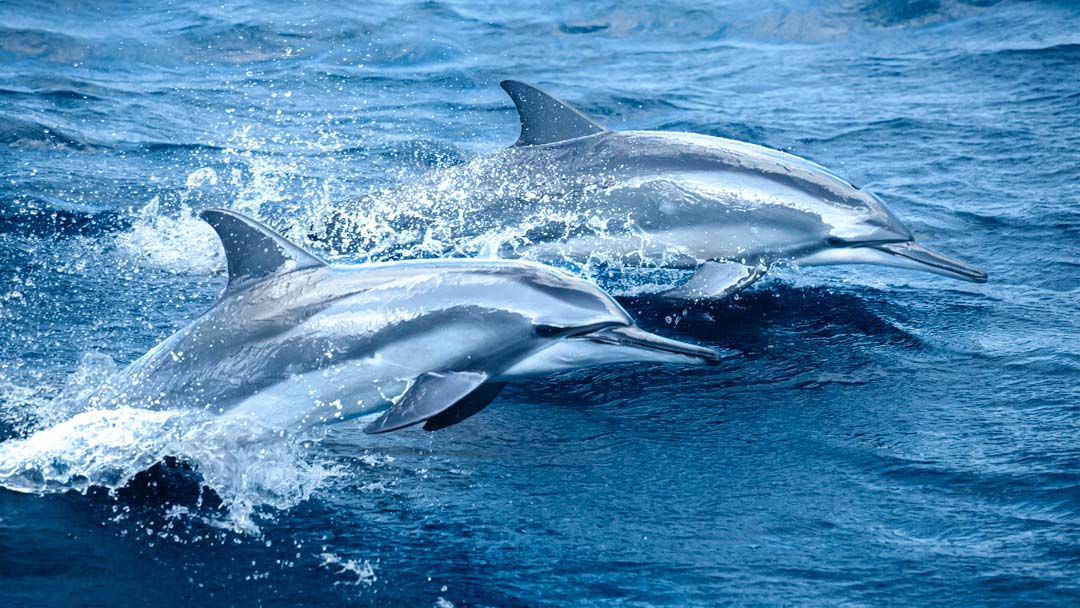 Spinner dolphins are by far the most commonly sighted Cetacean species in the Maldives, and are always a delight to encounter 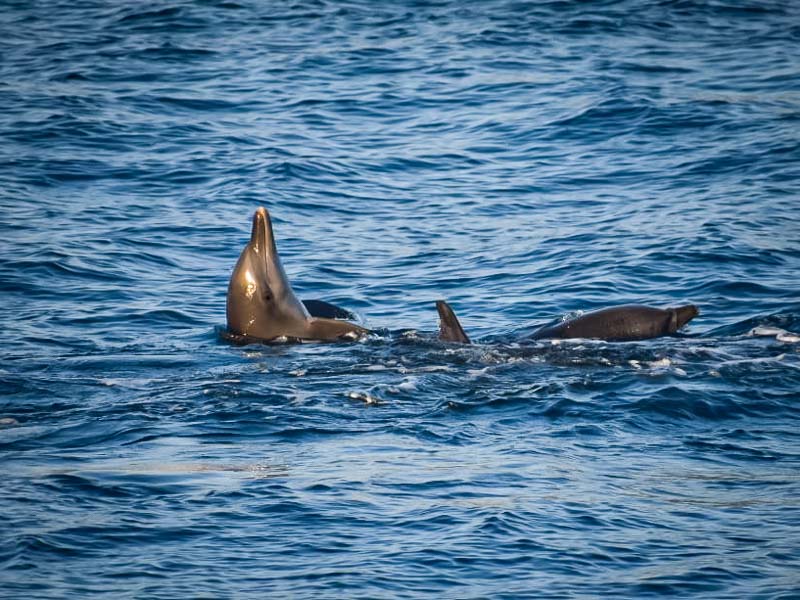 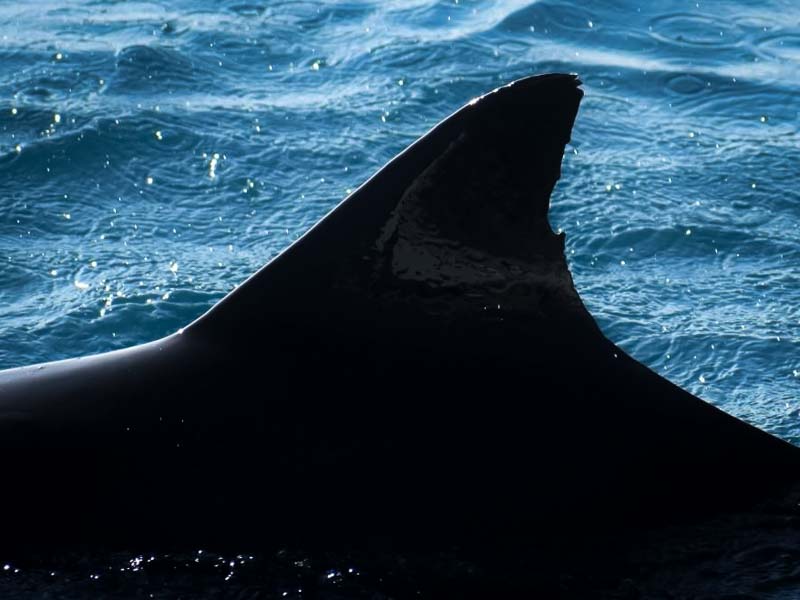 Bottlenose dolphins leaping in the waves