At Landaa this month, we transplanted 19 new coral frames, kindly sponsored by guests (eight), the Resort (eight), and online (three), using a total of 901 new coral fragments. In addition, we monitored 530 coral frames at various sites around Landaa Giraavaru. 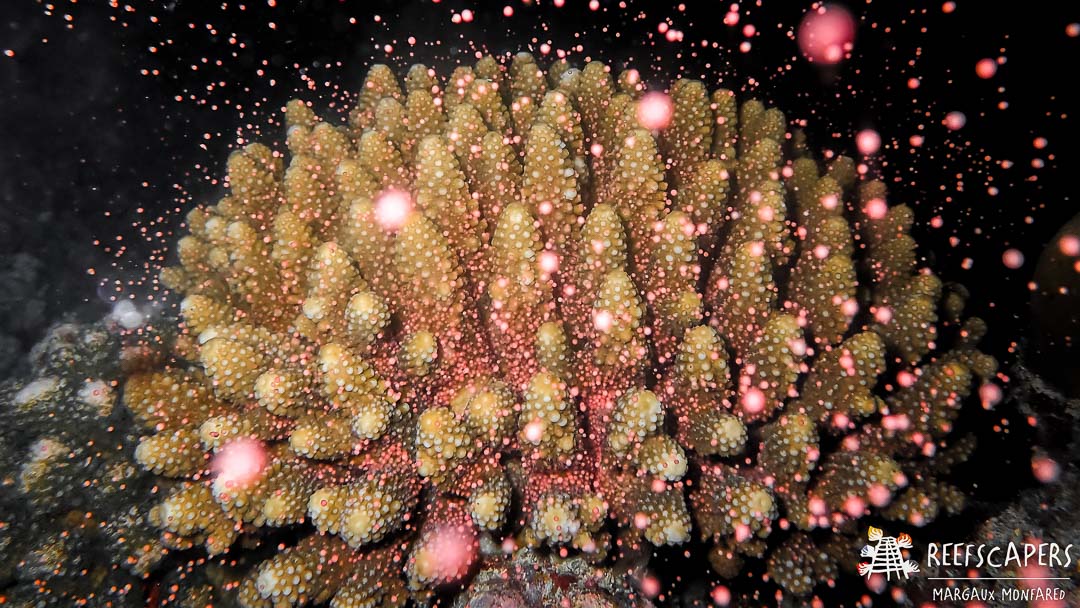 This month, our Kuda Huraa team divided across two sites for 18 nights of spawning surveys around the time of the full moon. To further maximise our data collection, we also conducted morning surveys, to check for presence of gametes at unmonitored sites.

We successfully observed and documented a total of 52 coral colonies, spawning over eight nights in five locations, representing six different species: Acropora tenuis, A. plantaginea, A. humilis, A. retusa, A. secale, A. rosaria.

We collected gametes from five coral colonies of A. tenuis (from frames at the Blue hole and Water Villas sites), fertilised them, and observed successful settlement on substrate.

A total of nine species of wild, relocated, and local colonies (at six different sites around Kuda Huraa) were found to have gametes: Acropora monticulosa, A. gemmifera, A. humilis, A. plantaginea, A. millepora, A. tenuis, A. cf. tenuis, A. muricata, A. retusa. 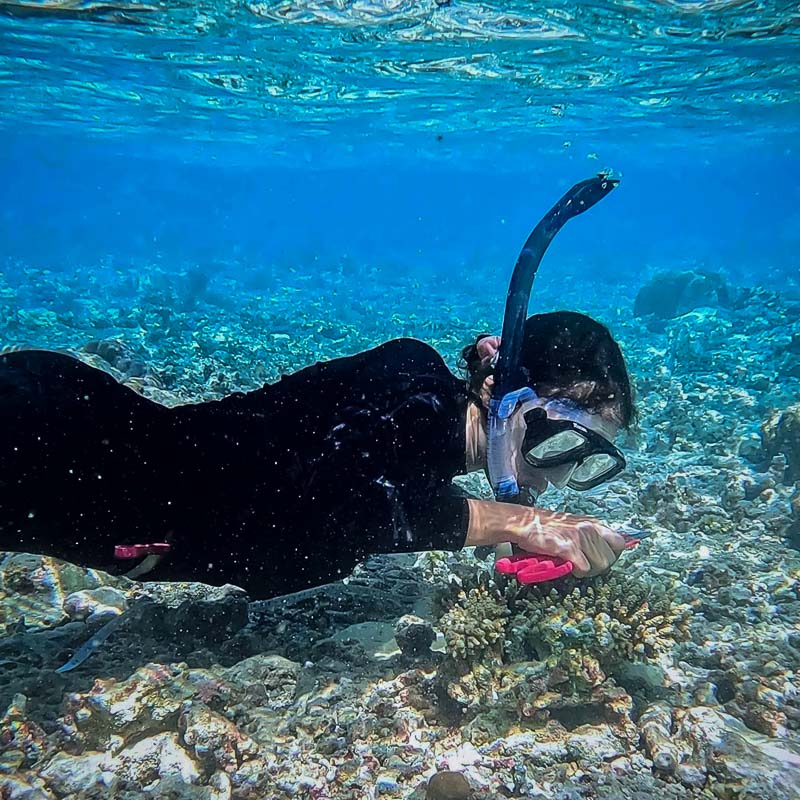 Checking for the presence of coral gametes 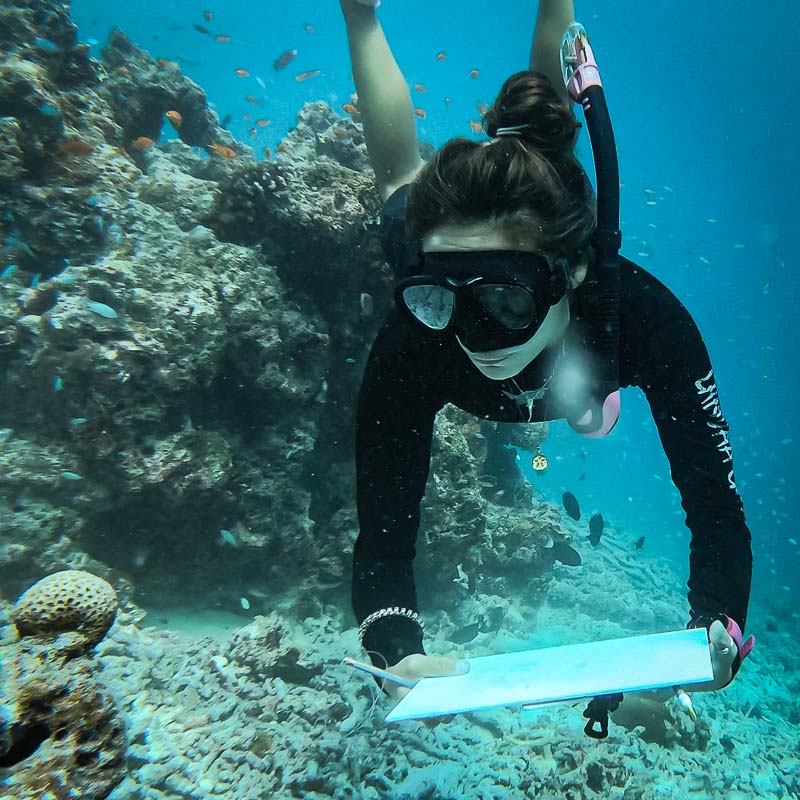 Read our Reefscapers Diaries for further details and photographs of our ongoing coral propagation efforts and reef regeneration experiments, both in the Lab and out in the lagoon, updated each month. You may also be interested in our ongoing research and photography, studying coral spawning. 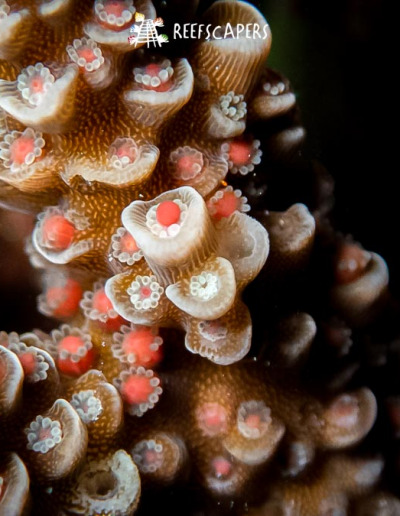 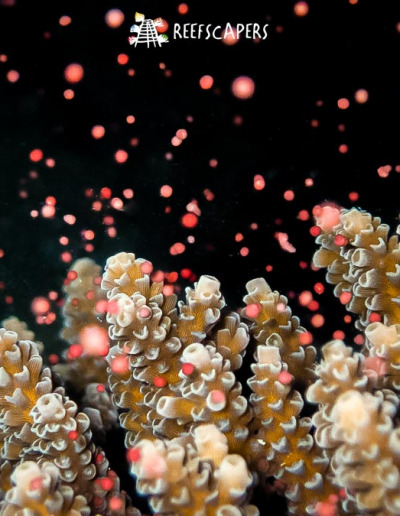 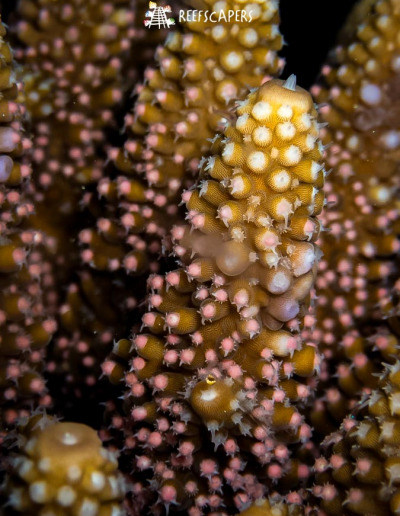 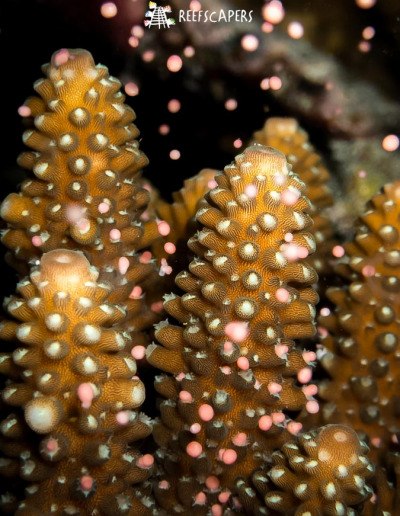 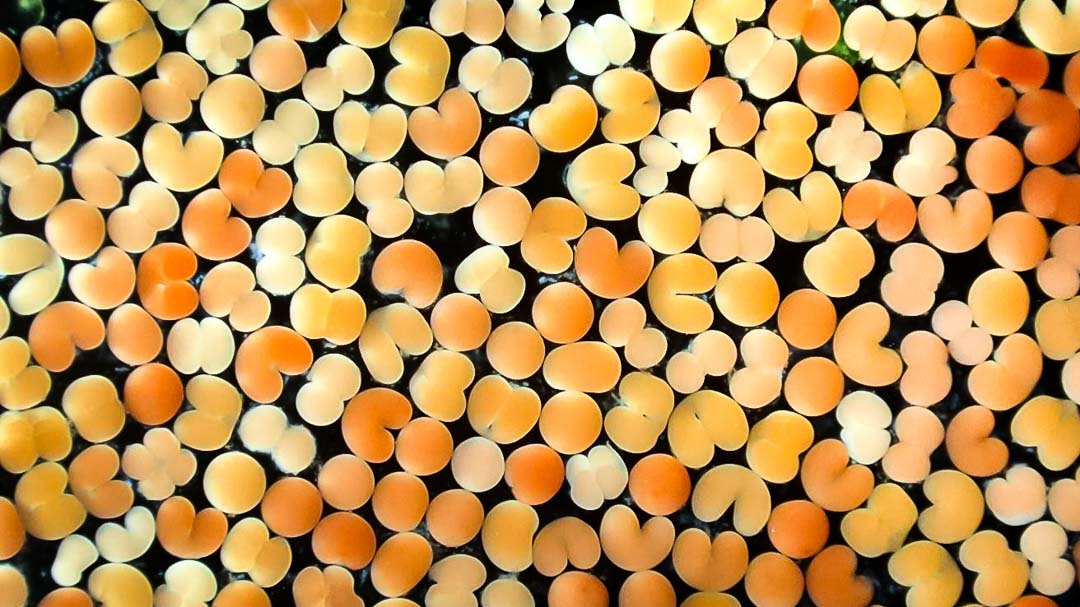