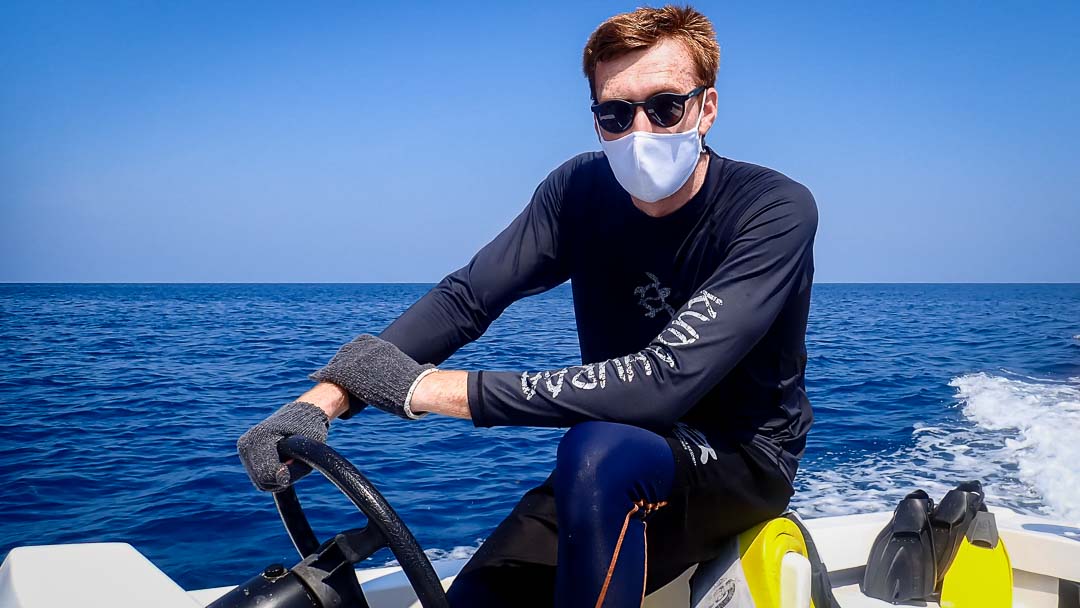 After a very long journey to the Maldives, followed by a few days in quarantine, it was nice to be free again. The first few days have been great; we relocated all the coral frames that were in danger of being buried by a change in the sand movements, more than 200 frames in total. It was a great way to get stuck into the reef work here, and I got to spend a lot of time in the water, which is where I’m most at home.

The coral frames were mature, and the corals looked amazing, supporting a surprising amount of marine biodiversity. An octopus had laid a nest nearby, and was using a frame as its den; some of the surrounding frames had many baby octopus hiding within the corals (something I had never seen before). There were also baby mantis shrimp and countless juvenile marine species using the coral frames as a home, something that I was innately aware of, but seeing this for myself enabled me to fully appreciate the scale and importance of the Reefscapers coral propagation projects.

My focus for week two has been leading the wildlife excursions and educating guests on the underwater world. This week involved a Shark Safari, Turtle Safari, Dolphin Cruise, and the Coral Adventure Safari. The trips went well and a highlight was swimming with a pod of spinner dolphins that came to visit us while we were snorkelling in the coral gardens. After hearing them in the water I looked ahead of me to see a pod of about 150 dolphins swimming nearby, so I used my signature dolphin call to try and tempt them over to us. To my surprise it worked, and a group of around 20 individuals came to see what the noise was (this is very unusual as spinner dolphins are normally shy around snorkellers).

Week three proved to be a turtle week, with our two juvenile Greens due to be released. Taz and Speedy had developed eye infections, but now they were recovered and ready to be released back they belong. We took them out to the beach and let them make the dash towards the clear blue waters of the Maldives. I’m not sure how Speedy gained his name, as he was possibly the least speedy turtle I have ever met! He must have eaten too many jellyfish to calm his nerves for the big day.

We also gained a new patient, an Oliver Ridley named Bubble. She was admitted with buoyancy syndrome (stuck floating on the water surface, unable to dive). She was also refusing to eat, often spitting out her meals soon after she was fed. We decided to drip feed her, but despite our best efforts, she unfortunately passed away at the end of the week. After examination, it was clear she had been ill for a long time and her condition was more serious than we originally thought. The only positive I could draw from the incident was her death seemed to be a natural one, as we found no evidence of human interference (plastic ingestion, entanglement, physical trauma).

Week four has been finalising my introduction to life in Kuda Huraa. I completed my Resort buggy training and will be spending the next few weeks running the Marine Discovery Centre with the help of our two interns, while the coral biologist, Alejandra, takes a well-deserved vacation. Wish me luck!

Charlie spent his childhood in New Zealand and the Bahamas as a young fisherman/ free diver. From this, he gained a great understanding of marine life. After his local reef died in the Bahamas, he set out to help restore the reefs he depended on.

Originally from the UK, Charlie returned to complete a degree in Marine Biology at Swansea University. He trained as a Divemaster, and worked around the world with various conservation projects focusing on megafauna, fisheries, coral reefs and turtles. He has a keen interest in photography and film-making, producing a video series to educate a wider audience about marine issues.

He looks forward to continuing his journey of saving coral reefs, whilst educating and inspiring others as a Marine Biologist in Kuda Huraa. 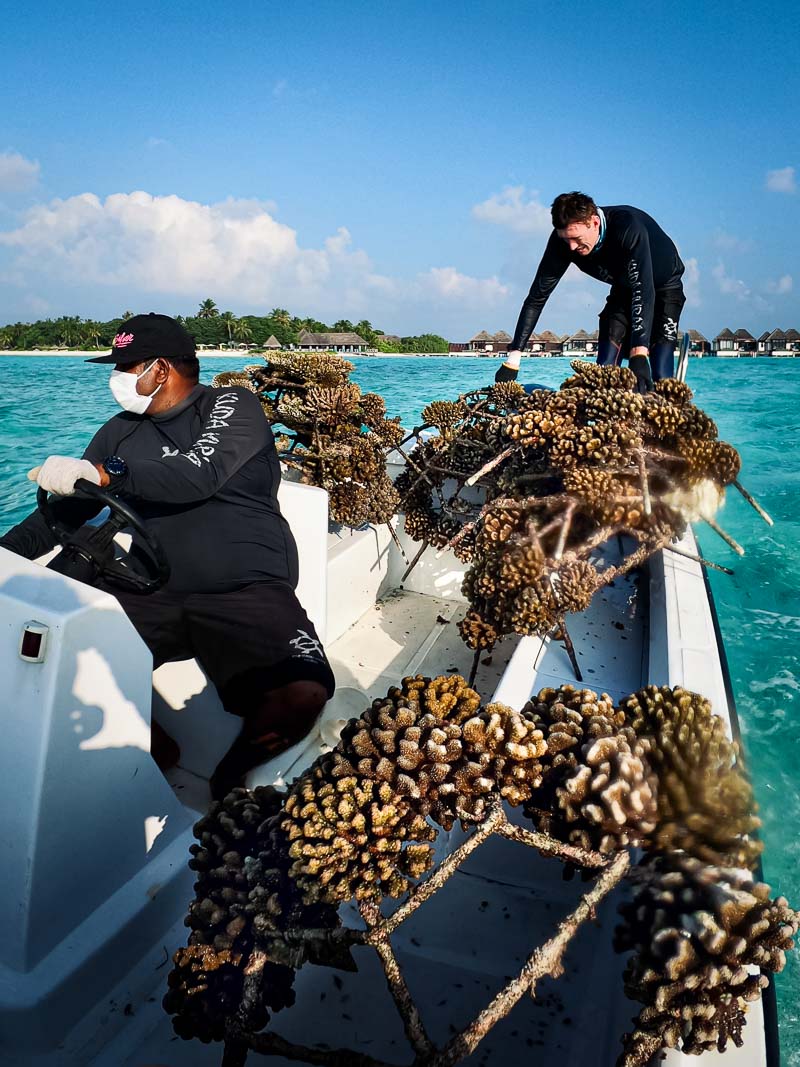 Relocating our ‘at risk’ coral frames 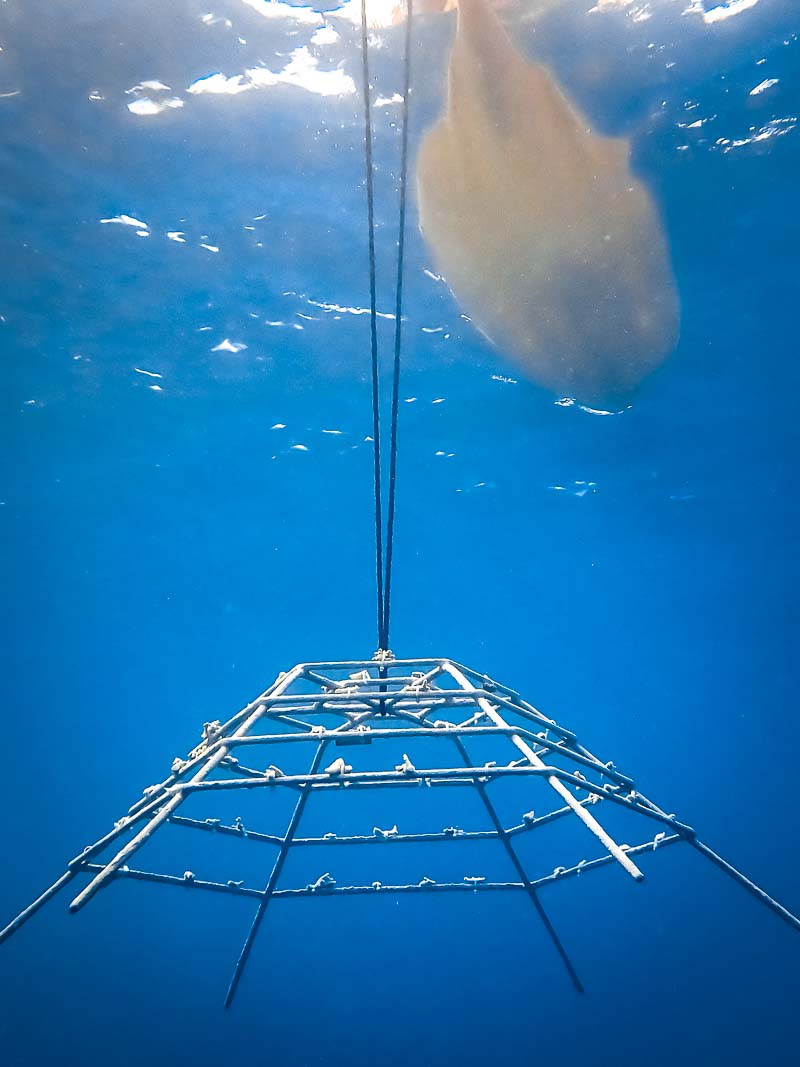 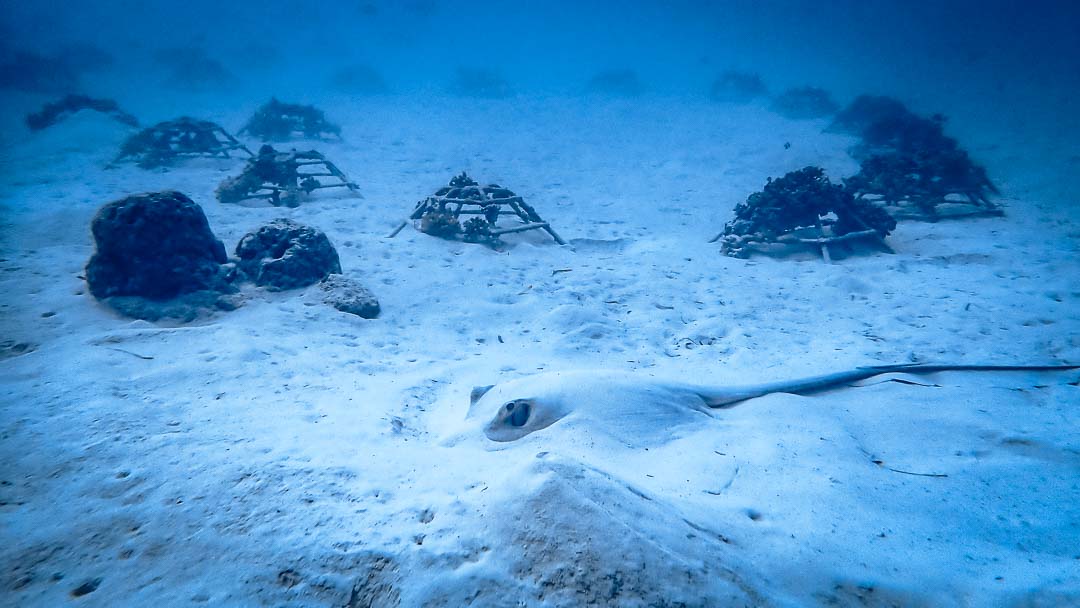 A ray hiding in our coral fame garden, and a pipefish spotted beneath our coral frames (below)