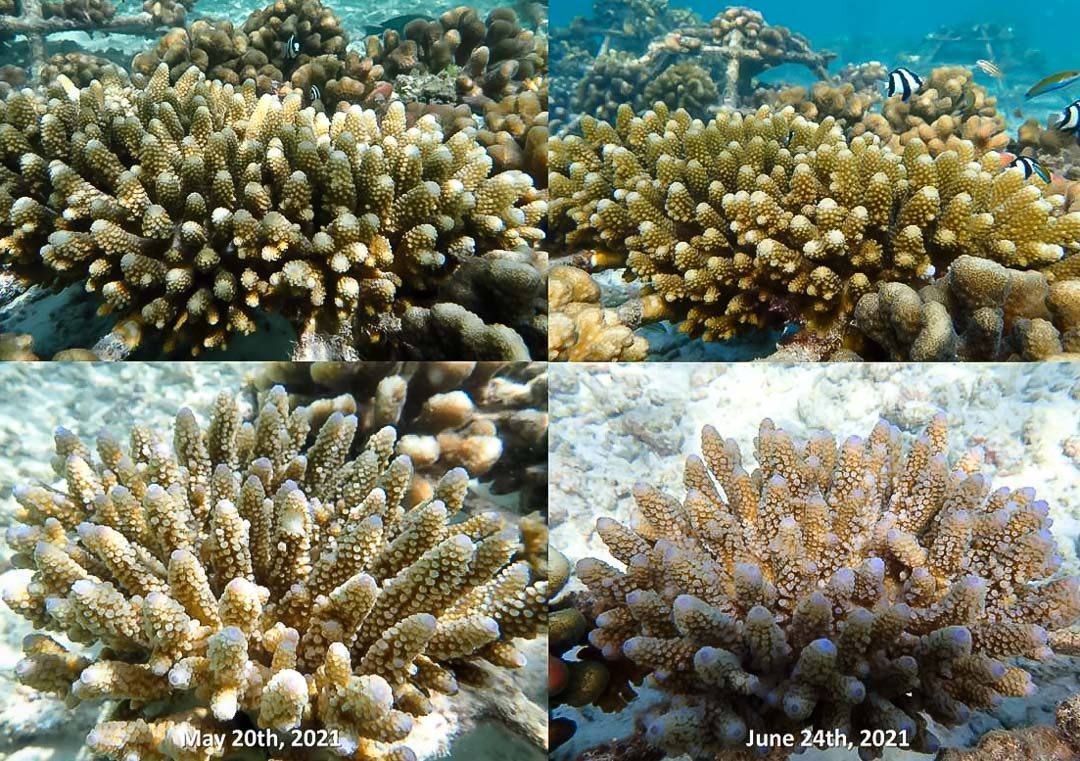 June was a busy month for us at Landaa, transplanting 56 new coral frames (using 4,000+ individual coral fragments) plus retransplanting 37 existing frames (3,000+ fragments), plus recycling a further 20 frames from the ‘Moon’ site (700+ fragments). A big THANK YOU to our resort colleagues for all their invaluable assistance in our efforts to regenerate the reefs this month. In addition, we also monitored 380 frames at various sites around the island, and updated the QGIS mapping. 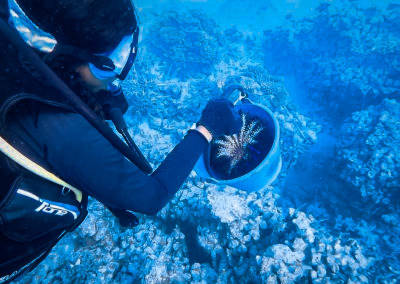 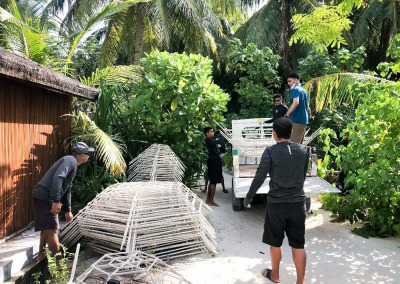 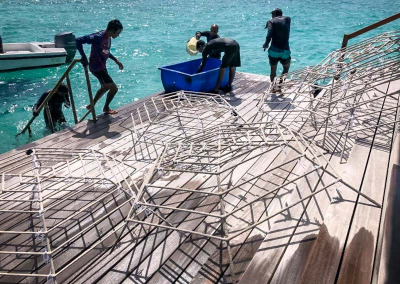 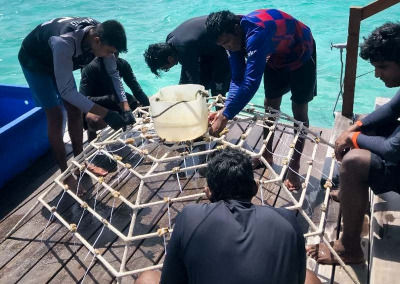 At Kuda Hura, we transplanted two new coral frames and retransplanted eight existing frames. We also continued our Coral Watch monitoring, relocated (and cleaned) 310 frames at the Water Villas, and remapped (and cleaned) 89 frames at the Channel site. While monitoring the reefs, we spotted and removed seven crown of thorns starfish (COTs) plus a pillow starfish (Clucita sp.), which can be destructive to living corals. 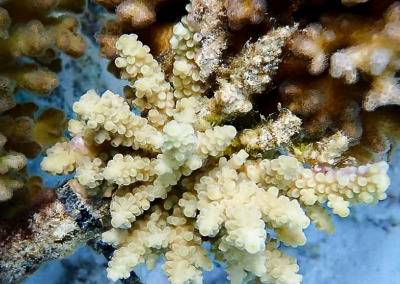 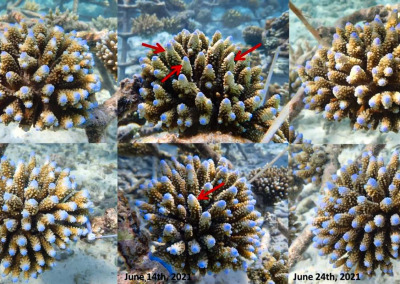 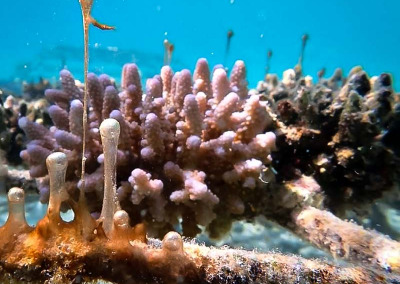 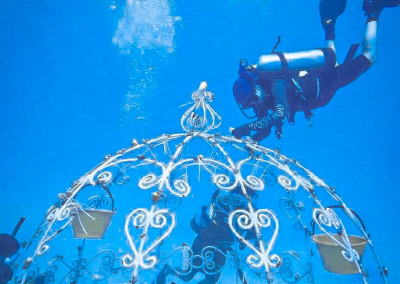 Overall, the coral plates in both aquaria remain healthy. Plates in Aquarium-Two continue to collect more algae, and weekly cleaning is necessary to prevent coral mortality.

In order to identify the threshold at which a coral species can recover post-bleaching, we are trialling various parameters to promote recovery. Once the coral fragment has bleached, the heater is turned off and the water flow turned on, to allow the water to return to ambient ocean temperature. After a few days, the coral fragment displayed no signs of recovery, likely because the seawater is filtered (50um), and most zooplankton and rotifers are larger than this (food shortage could have hindered early recovery).

Therefore, after four days, we added 450ml of rotifers into the tank and turned off the flow for 24 hours to allow the coral to feed. Coral polyp movement was not visible after a few days, however, this is likely due to the fact the coral had died before feeding. Next, we hope to trial a variety of post-bleaching ‘feeding’ options in the coming months.

This month, our coral biologist took part in a two-day workshop run by CSIRO and the Maldives Marine Research Institute. This was primarily to understand the best coral larvae collection protocols and to gain a more in-depth knowledge of rearing larvae for large scale restoration on Maldivian reefs.
One of the key benefits from this workshop was the collaboration with other scientists within the Maldives, to help identify spawning events (which are dependent on coral species and atoll).

The workshop consisted of: 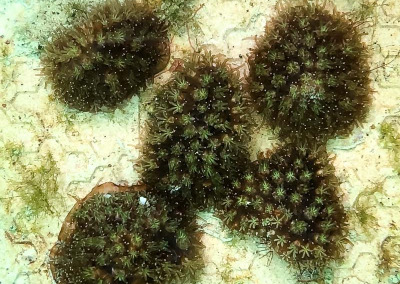 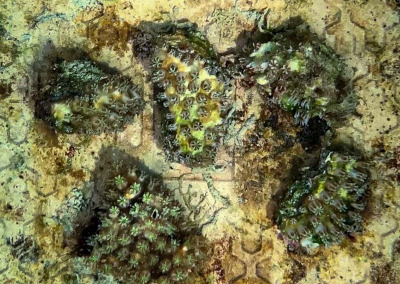 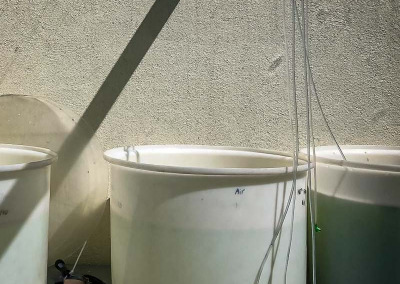 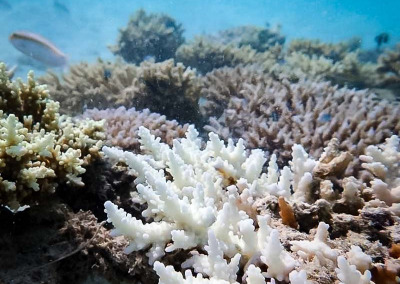 We started our Coral Watch surveys in May at the Water Villas site, and expanded to other sites around Kuda Huraa this month.

A total of 174 colonies from 68 frames have been monitored and photographed each week since mid-May and the 1200 photos from 11 surveys were individually analysed with Coral Watch methodology (recording the lightest and darkest colour for each coral colony in each survey). 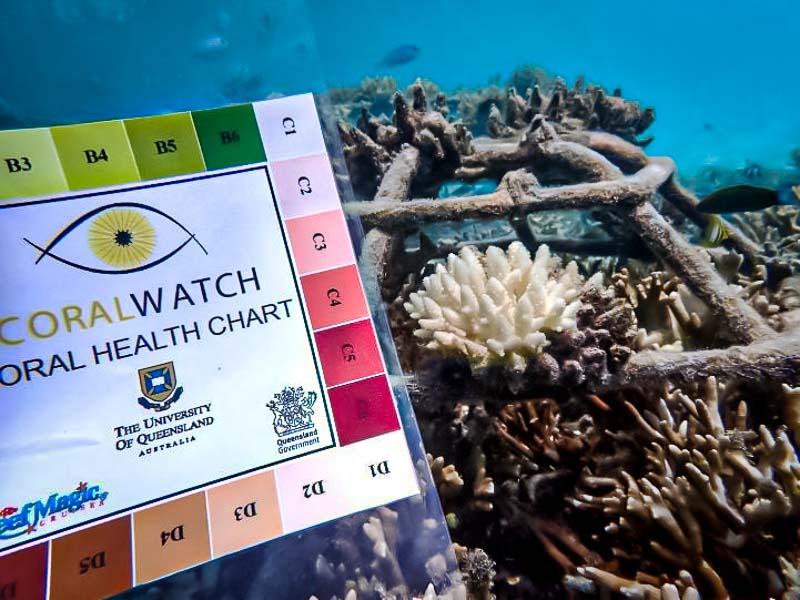 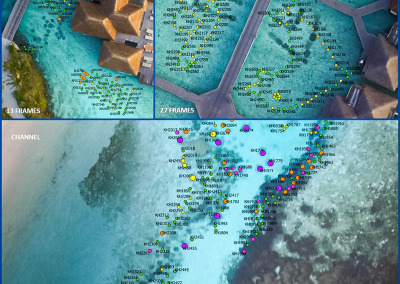 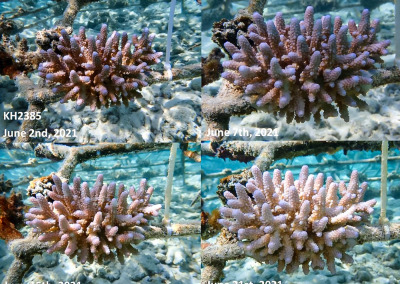 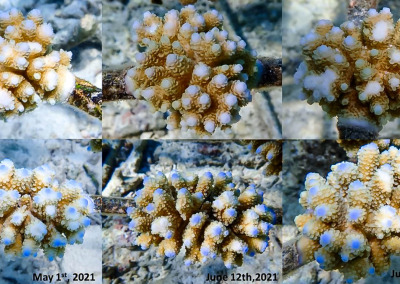 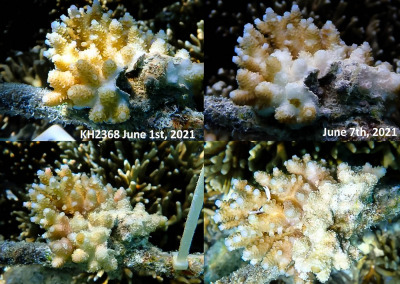 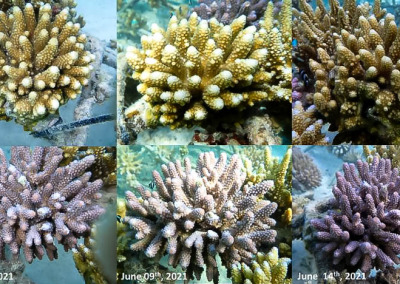 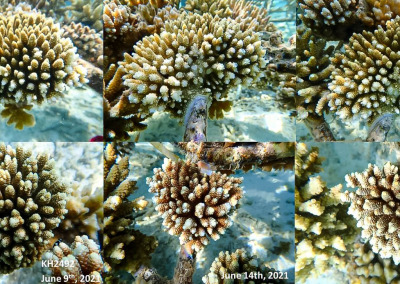 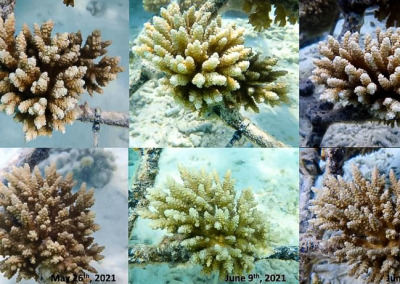 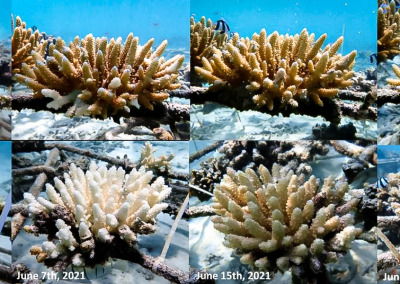