At Landaa during May, a total of 18 new coral frames were transplanted, sponsored by guests (6), online (1) and the Resort (11). We also monitored (cleaned, repaired, photographed) a total of 669 coral frames.

At Kuda Huraa, we transplanted 280 coral fragments on five frames, and we maintained the frames around the Water Villas. During the middle of May, we experienced a period of bad weather caused by the unusually powerful Cyclone Tauktae, which increased the movement of sand around the island. We had to relocate 140 Water Villas frames for protection from the shifting sands (four small frames were lost), delaying some of our Reefscapers coral propagation and monitoring work.

At the Blue Hole site, many of the coral colonies were paling and fluorescing, and a few colonies had died. At the Channel site, there was some coral bleaching and mortality; Montipora digitata continues to proliferate, outcompeting the other species. We also observed some areas of poor water circulation, which leads to higher water temperatures and lower oxygen levels, and results in algal overgrowth and the presence of cyanobacteria.

Healthy corals growing on our reefscapers coral frames (May 2021)

On 15 May, we started our Coral Watch surveys at the Water Villas site, and will expand to other sites throughout June. At each site, 24 selected healthy coral colonies of four different species (both robust and less resilient species) will be monitored weekly (ideally). We will photograph each colony and assign colour codes.

From our initial results, we can see that colonies of Acropora tenuis and A. humilis remain healthy, with no signs of paling or bleaching (photos, below).

However, aside from our official survey sites, we have observed some coral colonies of various species start to show signs of stress. During the second week of May, colonies of A. valida were observed fluorescing, which increased during the month in other Acropora species, and was seen alongside some paling colonies (severe bleaching has not been yet observed.) 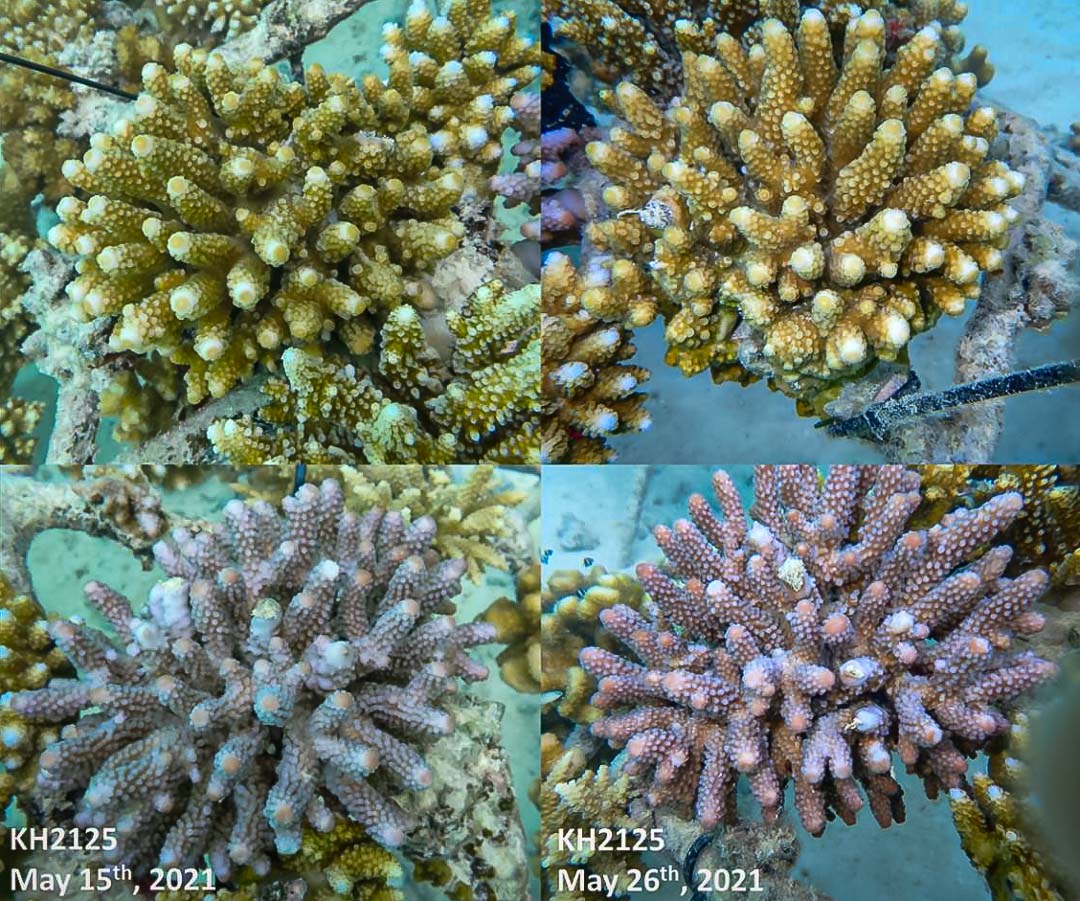 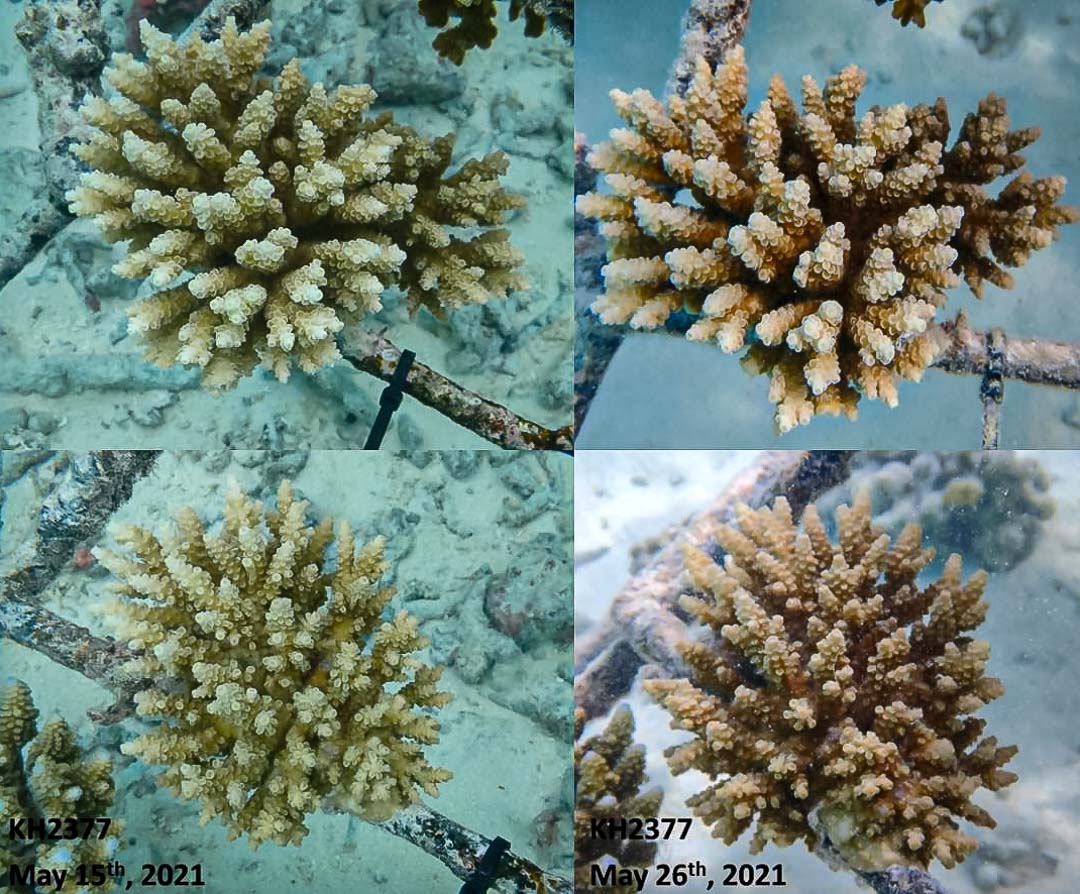 According to the NOAA Bleaching Alerts, North Malé atoll changed from “Watch” to “Warning” (on 10 May) before returning to “Watch” status (20 May). For the first days of May, NOAA reported sea surface temperature (SST) values above 30°C, with an increase of 0.2 to 0.5°C compared to April. The lower air temperatures and sunlight levels have lowered the bleaching risks, although a few coral colonies have been observed fluorescing and paling. 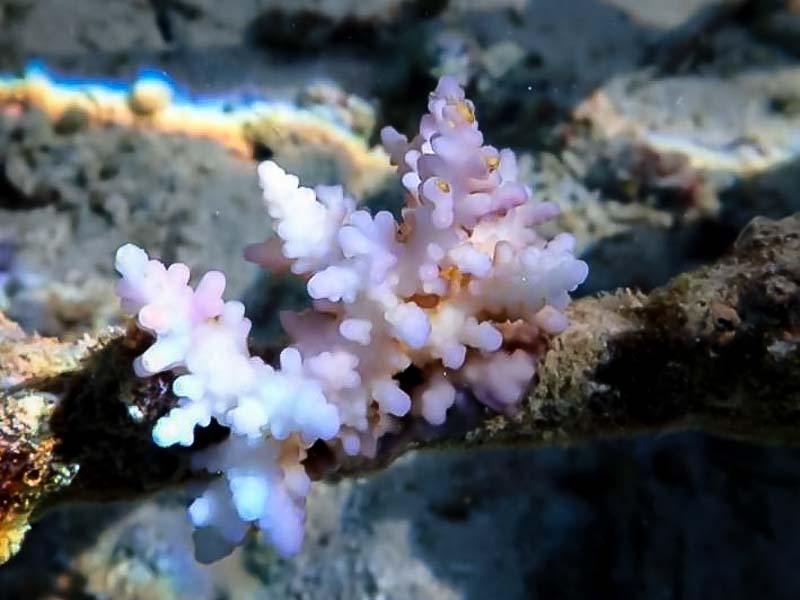 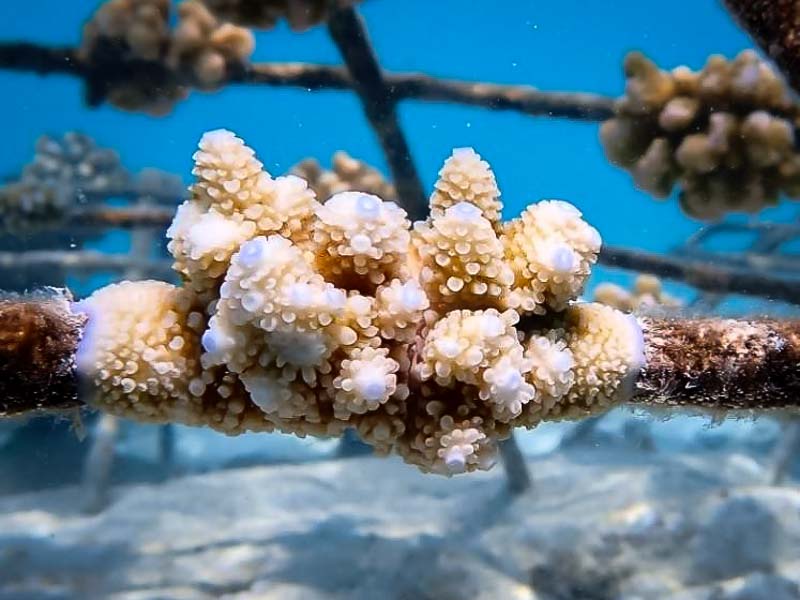 Overall, the coral plates in both aquaria remain healthy. Plates in Aquarium-Two continue to collect more algae, and weekly cleaning is necessary to prevent coral mortality. 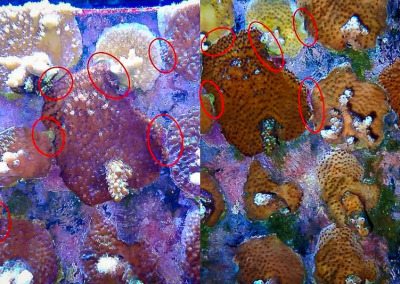 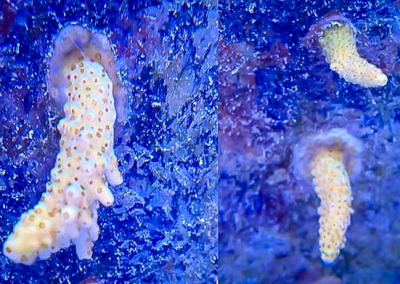 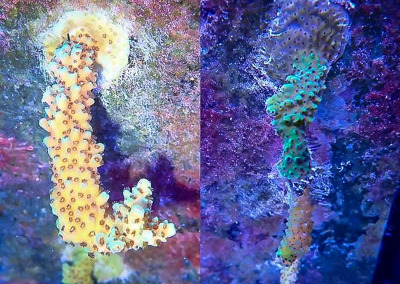 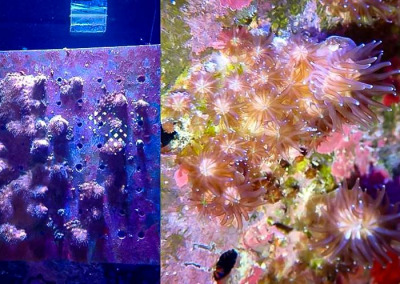 Due to the increased threat of climate change to coral reefs exacerbated by warming oceans, we are conducting ongoing experiments to study the overnight cooling of a water mass. The key aim was to identify how long it takes a mass of water to then reach ambient seawater temperature again, post-cooling.

‘Newton’s Law of Cooling’: the temperature of a body changes at a rate proportional to the difference in temperature between the body and its surroundings; i.e., the rate at which a body loses heat is directly proportional to the difference between the temperature of the body and its surroundings. (This is highly dependent on the nature of the material and the surface area of the body).

We used two outdoor water tanks (white in colour), connected to a constant ocean water flow, and fitted with HOBO temperature loggers. A pump was used to continually stir the water, to distribute the heat evenly. We used an additional temperature logger to record the ambient air temperature.

Week 1 – The Tank 2 ‘Closed Flow’ cooled overnight, and took 2 to 3 hours to warm to ambient ocean temperature once the flow was opened in the morning. As expected, when the air temperature was low, the water temperature remained lower as well. (The temperature spikes are caused by the morning inflow of warmer water, before it became mixed into the water mass.)

Week 2 revised methodology – Tank 2: now completely closed, to identify the warming rate of the water mass. As expected, this time the water remained cool for much longer, so we will study this in upcoming weeks.

Results of Our Growth Rate Analysis

Following a period of rain, we used a refractometer to test the salinity (as expected, salinity was slightly reduced in the closed-system Tank 2). 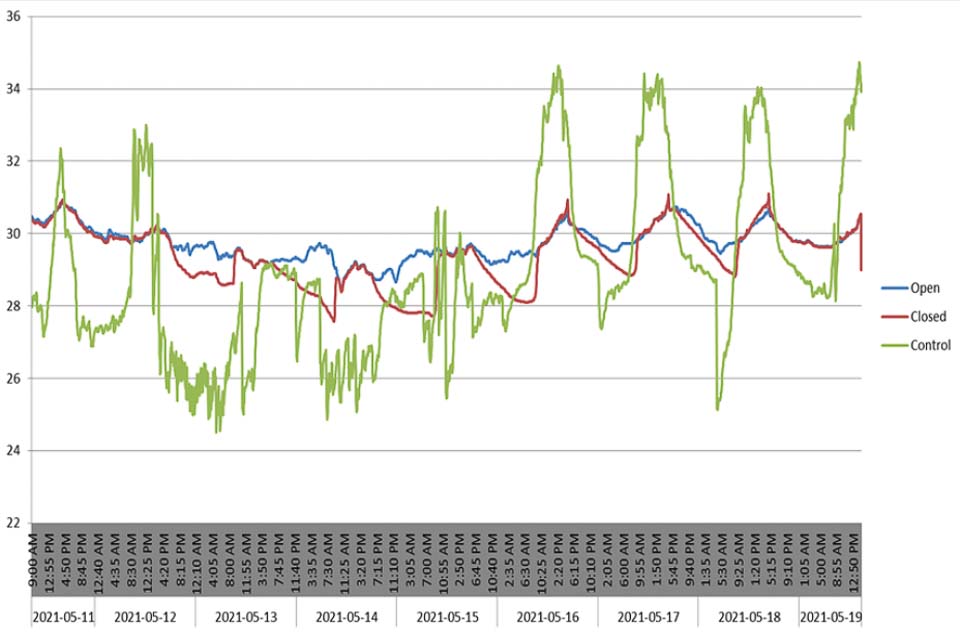 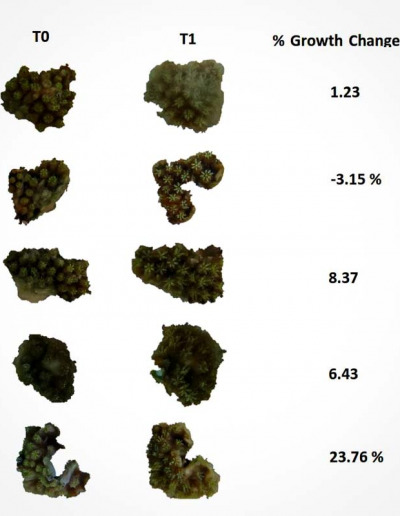 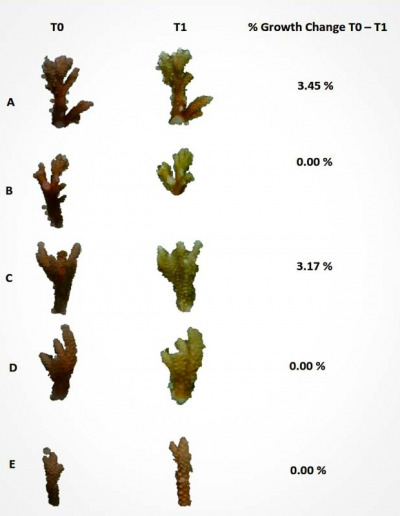 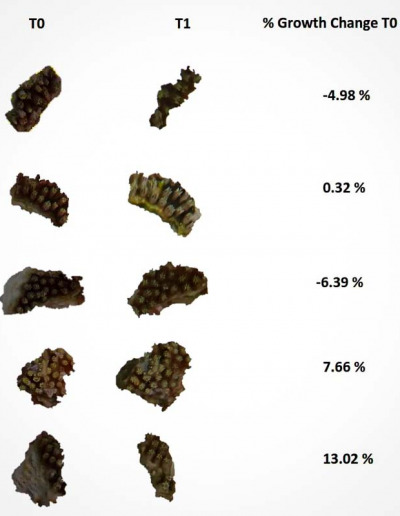 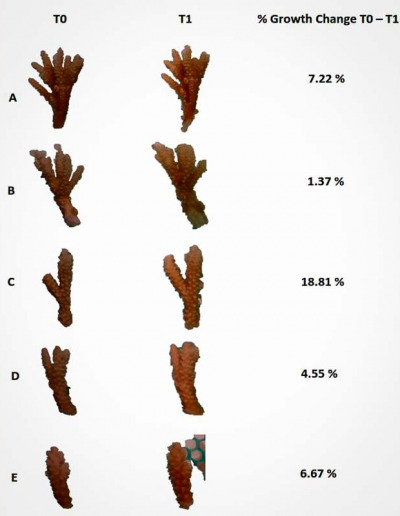