Coral Spawning in the Maldives

On 5 November, we were fortunate to witness frame coral colonies as they spawned. After 11 days of careful monitoring every evening, the mature colonies released their eggs and sperm into the water column at approximately 21:30.

We have compiled a short video (below) that shows colonies (Acropora secale, A.rosaria, A.plantaginea) on our frames in the act of synchronised spawning (only previously recorded in 2014).

Sakai et al. (2020) found that Acropora sp. (in Australia and Japan) have the capacity to adjust their development and physiology in response to environmental factors to alter the timing of synchronous spawning. This enables the corals to maximise post-fertilisation survival and therefore reproductive success.

This information is corroborated by our observations this year, as coral spawning occurred at low tide, 5 days after full moon. The three tides post-spawning were 14-19cm lower, compared to the tides immediately after full moon on 31 October. Whilst we had expected spawning to occur on an outgoing tide, in fact we observed the opposite. We had theorised that an outgoing tide would increase the distribution of larvae to the surrounding regions, however, it seems that more emphasis is placed on immediate fertilisation as opposed to increased distribution.

Sea surface temperature (SST) gradually increased over the three weeks prior to the spawning event. This has been strongly linked to the maturation of the eggs within the colonies. Spawning occurred at an average SST of 29.3°C. 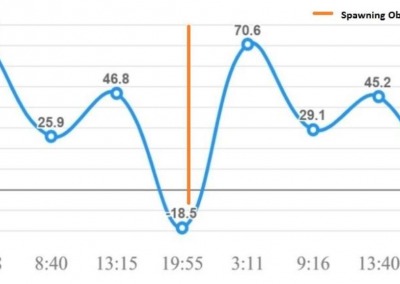 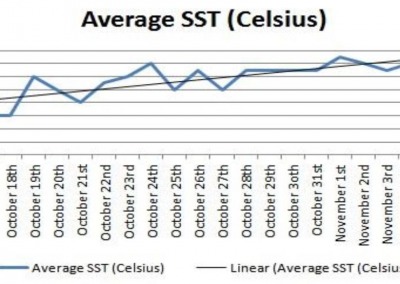 At Landaa, we transplanted 8 new coral frames, and monitored a further 201 existing frames at the Blue Hole and Water Villas sites.

At the Water Villas, coral frames transplanted earlier in the year are largely growing and encrusting well, with some colonies recovering from paling and sand accretion. We continue to harvest healthy coral fragments from our older coral frames to use for repairs and for new frames. Wild Pocillopora colonies predominate on the house reef, with limited numbers of Acropora colonies being sufficiently large/healthy to harvest.

All 43 frames from the Blue Hole site were successfully relocated to the House Reef, where the substrate is more solid (fewer problems with sand accretion or sinking). The frames are healthy, reaffirming that the deep Blue Hole works well as a coral refuge during periods of elevated ocean temperatures.
At the House Reef site, we moved some frames to more solid substrate, including the four “Christmas tree” frames from the past four years, which had started to sink and tilt in the sand. Three of the four trees remain healthy, with the smallest one to be retransplanted on the Christmas dive this year.
At the Channel site, some of the frames are showing bleaching and mortality, due to routine maintenance work in the lagoon creating sediment that is drifting on the current and settling around the frames. Nine crown of thorns starfish (COTs) were found and removed from the Channel area and close by. 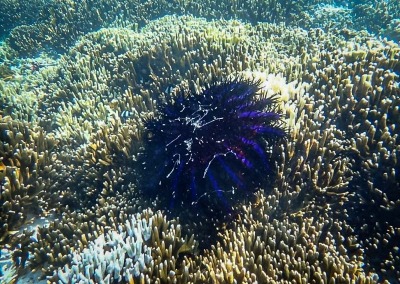 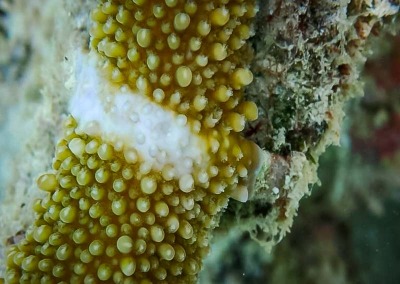 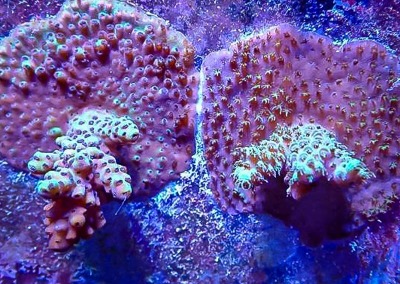 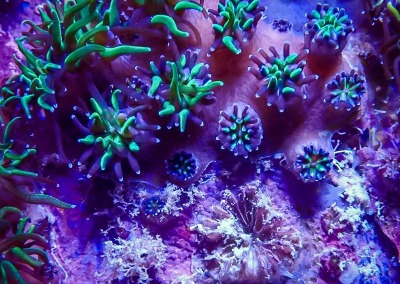 All 5 coral plates in both aquaria were thoroughly cleaned to eliminate algae. There were a few mortalities, but the plates remain healthy overall.

All our growing coral specimens have been moved to a new aquarium to combat the continued issues with algae.

Read the full project history of our autonomous catamaran and AI coral identification project over at Reefscapers AI-4Corals.

Our Research and Technology team has been focusing on producing our new scientific paper : “Coral restoration provides a consistent increase in live coral cover on the reef over time”. It details our advancements in using Artificial Intelligence to analyse our coral frame database. The paper has been completed and sent to various sources, before being submitted for publication. 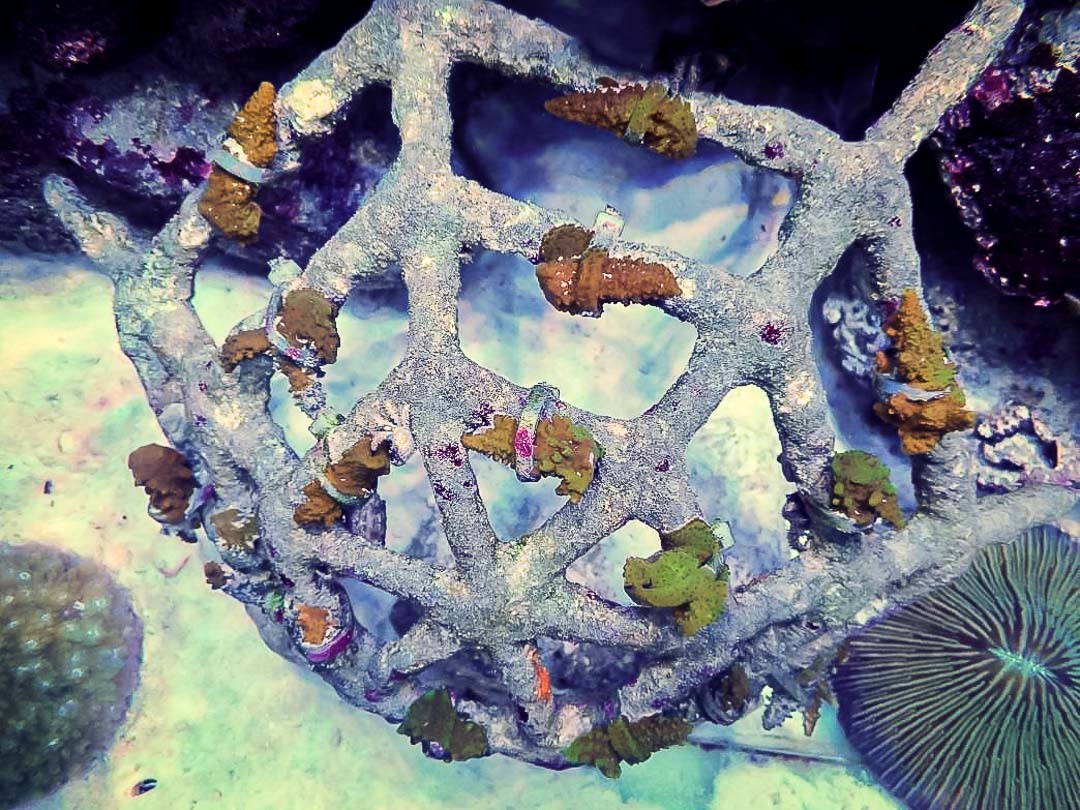 Mini-coral frame in our aquarium (with mushroom coral, bottom right)