At Landaa, we transplanted 21 new coral frames (thanks largely to a very generous online donation) and we monitored and photographed a further 115 frames (mainly at the Dive and Stingray sites).

At Kuda Huraa, we monitored (cleaned and photographed) 40 coral frames, and cleaned a further 353 frames, ready for transplantation later in the year. We noted that some Acropora digitifera colonies appear to be recovering from bleaching (photos below), whereas the newly transplanted fragments (from July) are healthy and have started to encrust onto the frames.

At the Channel site, we noted the colonies that survived the bleaching have regained colour and are now growing well. We continued to repair any broken tags and started GPS mapping of the south part of the channel. We also thinned-out and relocated some Montipora coral colonies that were dominating their Acropora neighbours.

At the Blue Hole site, we continued to place further frames upon rubble, as it seems to be helping prevent them from sinking into the sand. At the Spa site, increased sedimentation and accumulation of sand has caused most of the fragments to die, although a few fragments of Acropora and Pocillopora are surviving. 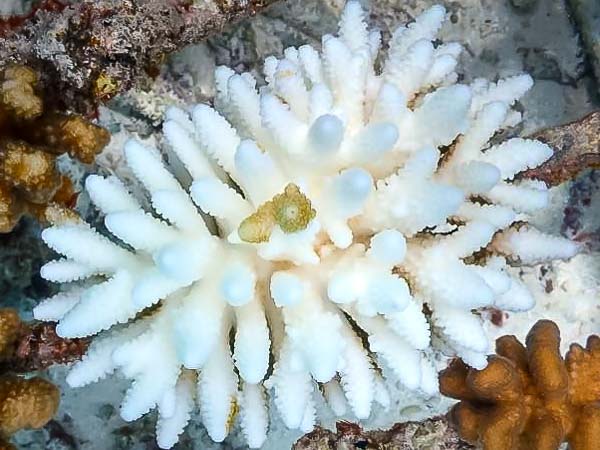 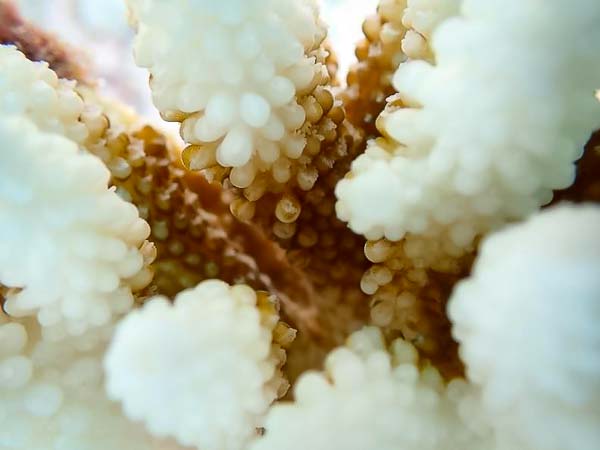 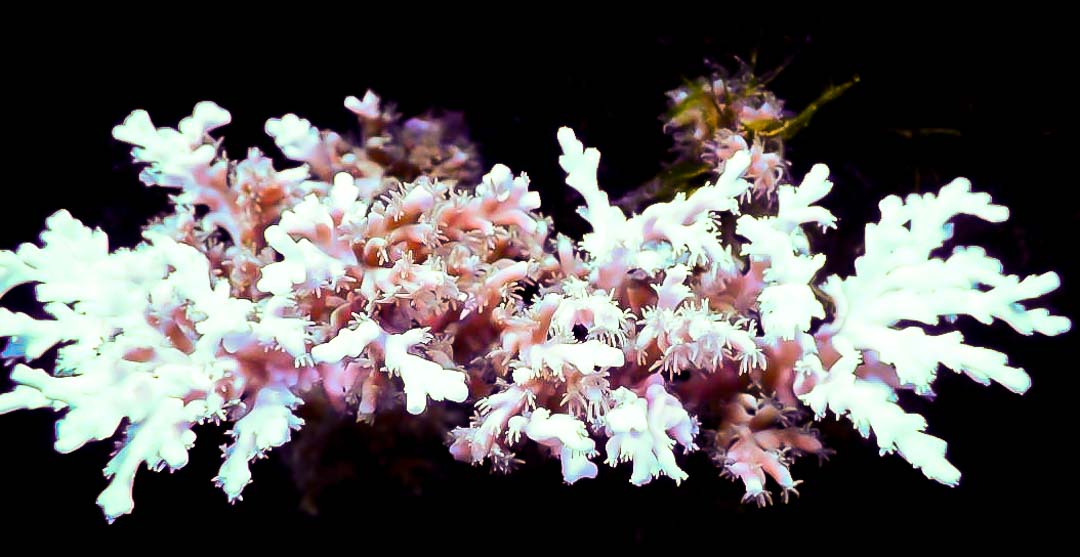 In our coral reproduction study, algal growth had started to cover the coral fragments, so we cleaned the rocks to reduce the effects of competition. Some smaller colonies declined in health, with reduced polyp activity and noticeable colour change, whereas the larger colonies were better able to cope with the algal competition and actually grew in size. 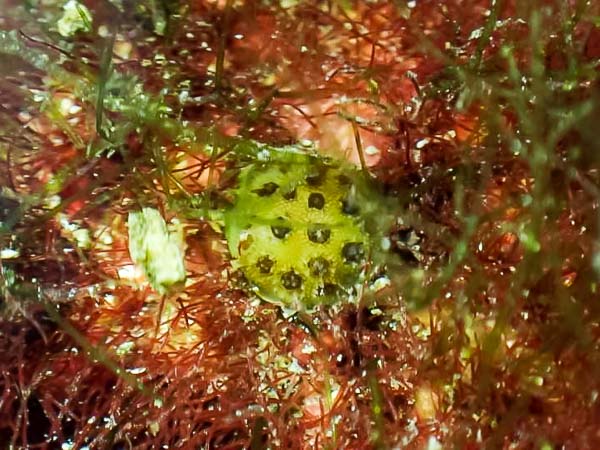 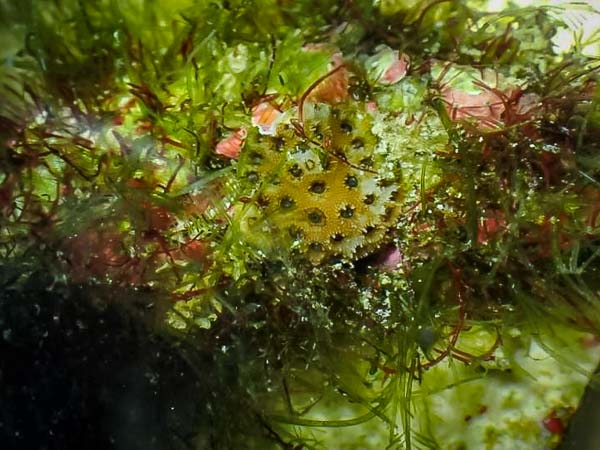 Health has remained stable in all the remaining coral plugs, except for R3 (Medium-2), which has deteriorated on the Coral Watch Health Chart from a ‘5’ to a ‘1’ (completely bleached). It is unclear what has triggered this response in previously healthy tissue, but perhaps it is in response to localised predation (as no evidence of sedimentation or other stressors could be identified, and the neighbouring plug is healthy).

Plug R2 (Large-1) has maintained good growth and has continued to spread over the substrate. The Medium plugs, from the same replicate, continue to maintain good health. 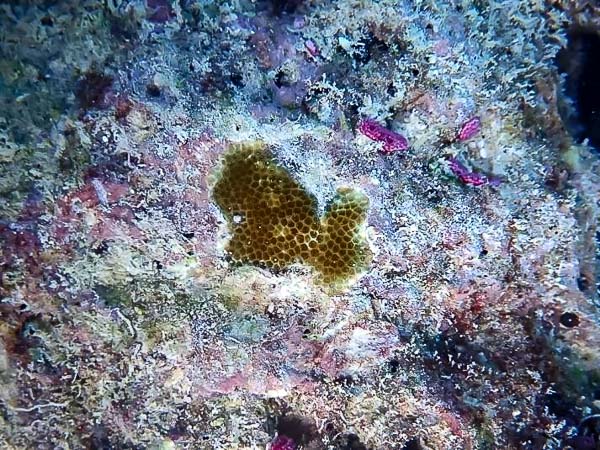 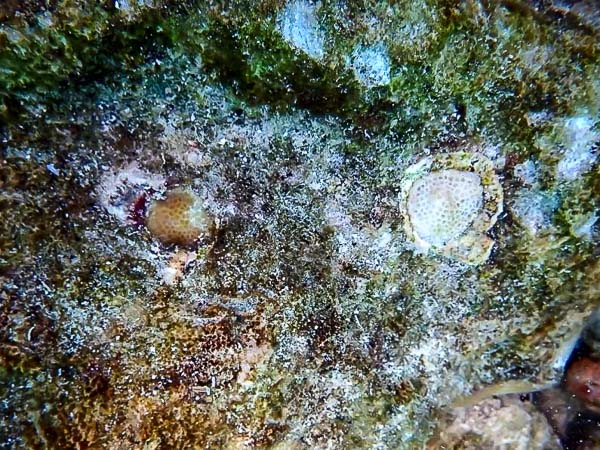 This month, we successfully captured the time-lapse bleaching process for a second time, and recorded the release of a gas during the bleaching process (seen as bubbles on the fragment surface). We are unsure what the gas is, or the process behind its formation, but there are several scientific theories: