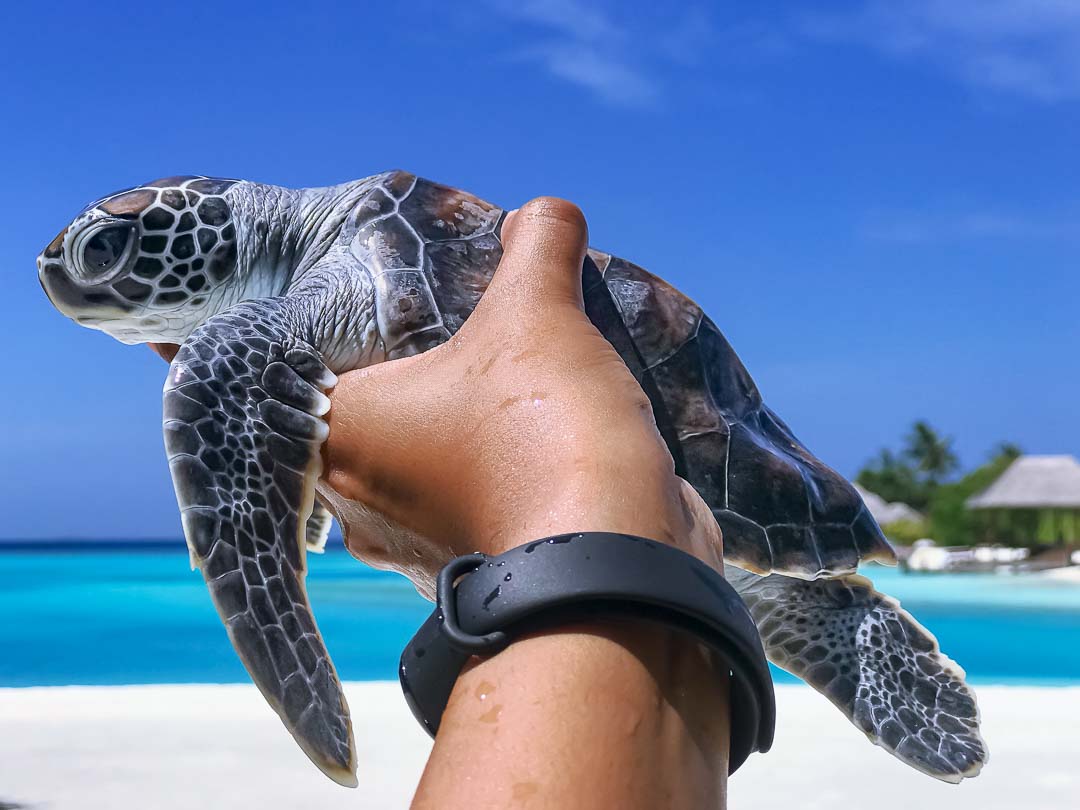 Pepe who was being kept as a pet

If only I could turn back the hands of time; back to the very start, ten weeks ago, to relive my exciting internship experience. They say it takes 66 days (on average) before new routines become habit – I’ve been here for a total of 75 day now. As familiar as I’ve become with my surroundings, the team and our daily duties, I now face the unenviable task of leaving. However, the month of January has made sure that I will have the fondest of memories of my time here at Kuda Huraa.

The start of a new year brings new opportunities and more work to Marine Savers. After we were treated to a fantastic display of midnight fireworks, the following day was business as usual. There were turtles to feed, pools to clean, corals to transplant and guests to engage with. A highlight from the dolphin cruise this month was catching my first-ever sighting of a Pilot whale; a truly remarkable cetacean with a bulbous head. This month, I even had the privilege of being appointed as a guide on some of our snorkelling excursions.

Our turtle Rehabilitation Centre continues to be a revolving door for patients. Most turtles take their treatments without much ado, whereas Zaby, one of our dearest turtles, loved putting up a fuss with her unpredictable temperament and habit for biting. After recovering from her wounds, she was released on 1 February during one of our dolphin cruises.

As to the other turtles we’ve been treating, I won’t forget Jahura (an Olive Ridley) who ripped a hole through one of my trouser legs! After several weeks of nourishment and care, including some time to forgive Jahura, we set her on the beach for release back into the ocean. We released her together with Zubeen, another Olive Ridley, who was also admitted to our Rehabilitation Centre with wounds from ghost net entanglement. Upon release, they tried to swim back to shore, but I was able to guide them out into the deep blue.

We also released two of our Hawksbill turtle hatchlings, Cookie and Purp, this month. They were both left behind in their separate nests. Upon arrival at our Rehabilitation Centre, both turtles showed signs of infection and deformations. After spending a year getting bigger and stronger, both turtles were also released on one of our snorkel excursions.

The most memorable turtle rescue from my time here is Tara. She is a juvenile Olive Ridley, recovered from an oil spill and was completely coated in grease up to and including the inside of her mouth. To give you a fun fact: Mayonnaise, a popular sandwich condiment, can be applied on sea turtles to remove oil! It is known to work well by bonding with the grease, and therefore making it easier to remove from the turtle’s body. So, after multiple mayonnaise massages, Tara began to look like a normal turtle and has slowly been regaining her strength.

Apart from all the exciting turtle releases this month, I spent the first half of January working on my internship project. I carried out a social media survey on our Instagram page to gain insights from the public as to the status of sea turtles in the Maldives. Sea turtles are considered protected under the Environmental Protection and Preservation Act (4/93) of Maldives. Unfortunately, despite the legislation, numerous cases of sea turtle poaching still happen. However, the survey results were able to provide some reassurance from respondents who seem to be aware of the negative impact of human industry on sea turtles.

As my time here at Marine Savers comes to an end, I’m already starting to feel the onset of some “post-internship blues”. But I leave feeling fulfilled and with memories aplenty! 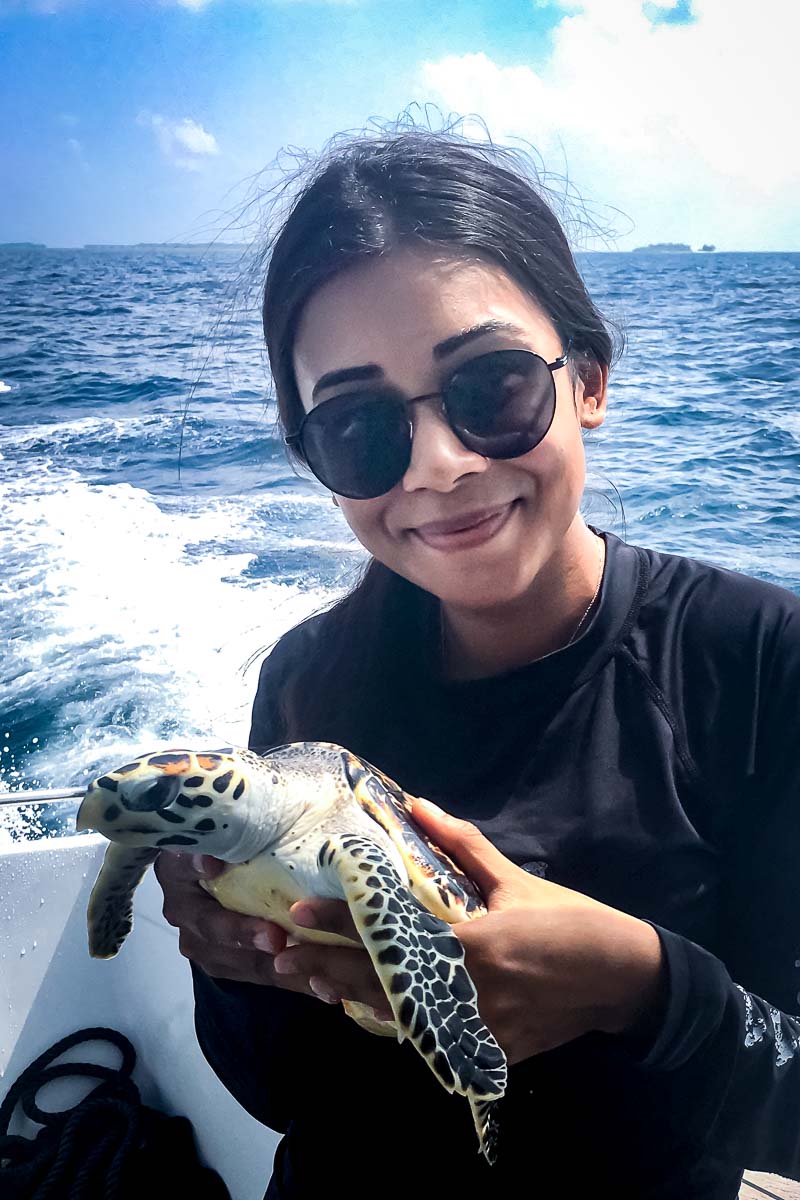 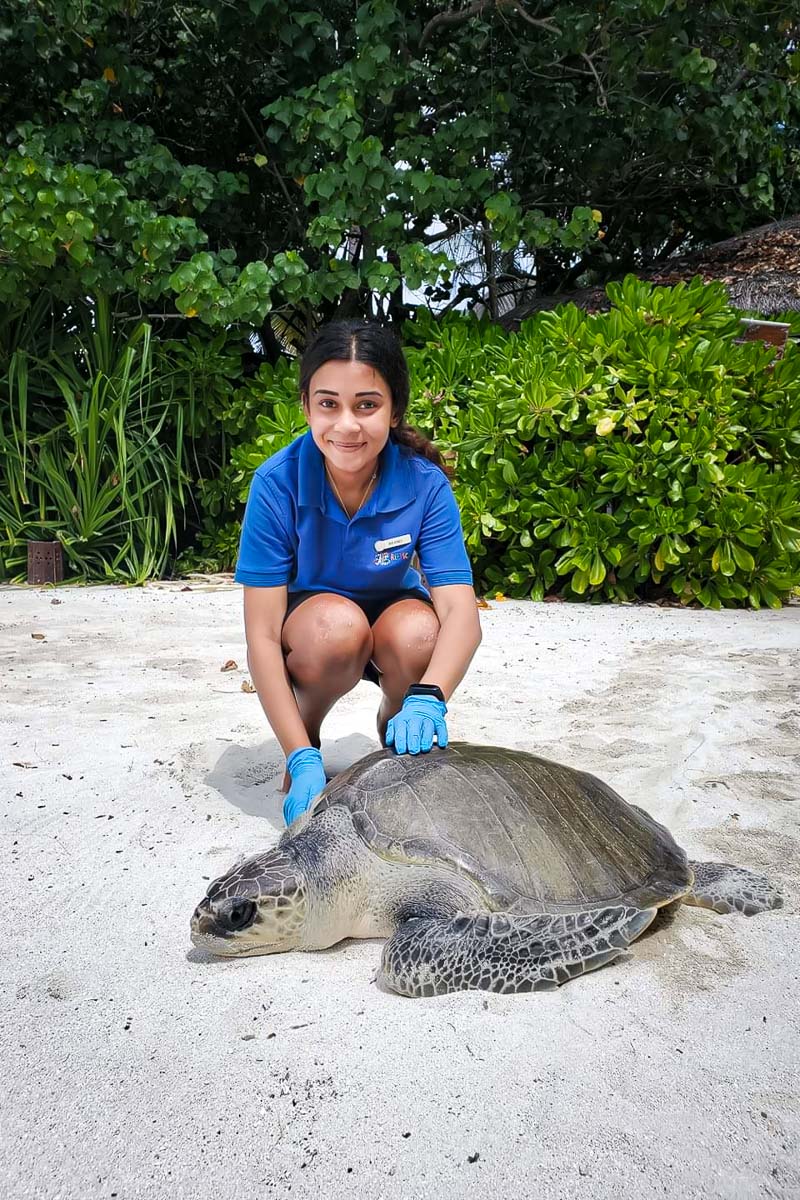 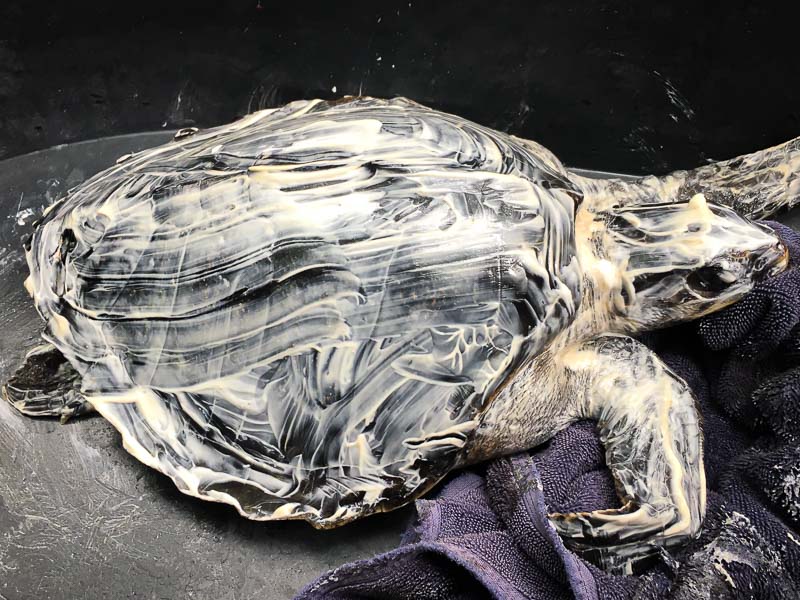 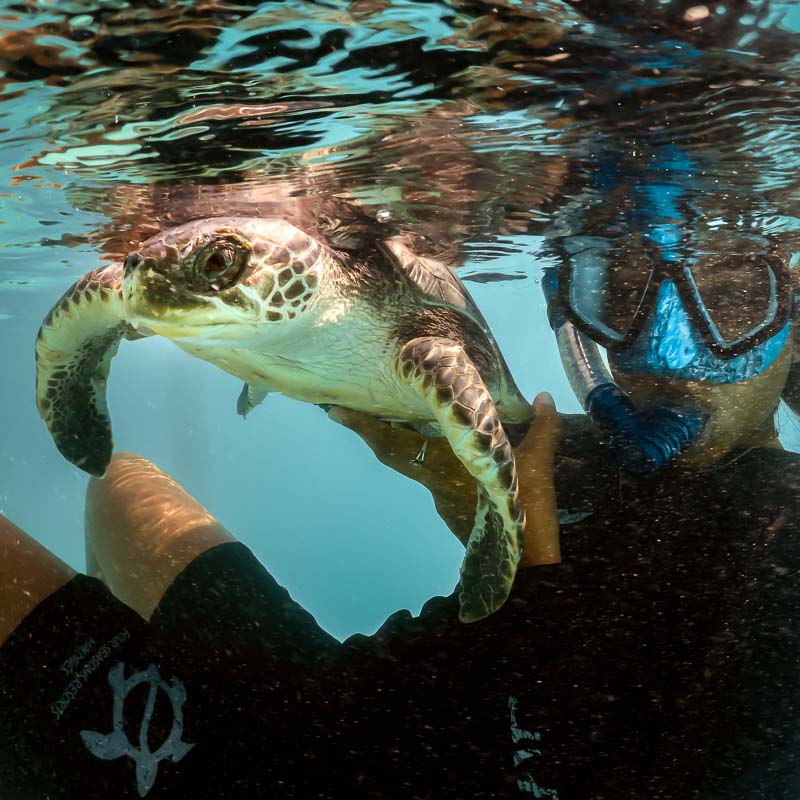 Tara – rehabilitation swim in the lagoon 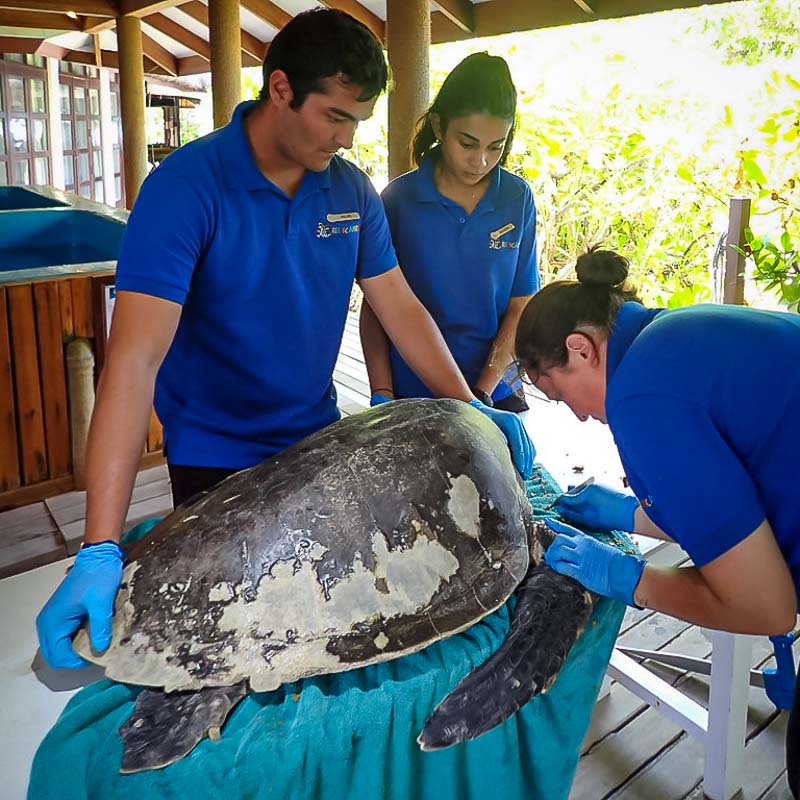