Hello again, everyone! I can’t believe it has already been two months since I arrived here in the Maldives (part 1), but you know what they say … time flies when you’re having fun! Many things have been happening, so without any further delay let’s dive right in.

January has been a big month for some of our turtles. Xena was finally ready to be released back into the open ocean. She had a bit of trouble diving at first, but she quickly adjusted and swam off into the blue.

Xena’s recovery pool didn’t stay empty for long though, and the very next day we received Pumpkin Pie back from the veterinary centre. She was sent there due to a bad infection on her stump, and thanks to the expert care and attention she received, she returned in excellent health. Beybe used his front flippers to swim with for the first time since he arrived, however, this must have been very exhausting, as he has been refusing to swim more than two metre at a time ever since.

Lastly we got another new turtle this month, known as Marion. She was brought in by the staff of Four Seasons Explorer with both her front flippers entangled in a large piece of ghost net. One flipper was in very bad shape and we ended up having to amputate it. She’s a very anxious turtle and doesn’t seem to like being in our recovery pools. Luckily, her wounds are healing nicely and so hopefully she won’t have to stay for too long.

I’ve been leading various snorkel excursions this month, and I feel very lucky to have seen many wild turtles on the reef. I also spotted sharks for the first time, along with many moray eels, various rays, octopi and a rarely seen band snake eel. It has been a great month for spotting some interesting underwater marine life, together with plenty of dolphins on the cruises.

The coral restoration efforts have been keeping me busy as well. I’ve been going out a couple of times to do some coral restoration and monitoring on the local reefs. Most of the time this includes taking pictures of the Reefscapers coral frames and some coral frame recycling. Following the 2016 bleaching event, the corals on many of our frames have died, so we attach new fragments to rebuild them … and with thousands of frames around the island there are plenty to recycle.

As I promised last time, I’ll tell a bit more about my project. I’m working on a technique called coral-micro-fragmentation – cutting corals into small pieces to study their growth rates. I’ve set up some test plates with micro fragments to see how they survive and continue to grow. To measure the growth, I take photographs from directly above the growth plates, and analyse the pictures in a program called ImageJ. I can then measure the surface area of the fragments and use this to determine the growth rate. The fragments have been growing for a month now and are showing great progress. All that’s needed now is some time for them to grow.

So that’s it for this month; I hope to show you some results by the end of next month, which will also be the end of my time here in the Maldives.

Cheers, see you in > the next one.
Much love,Thije ♡ 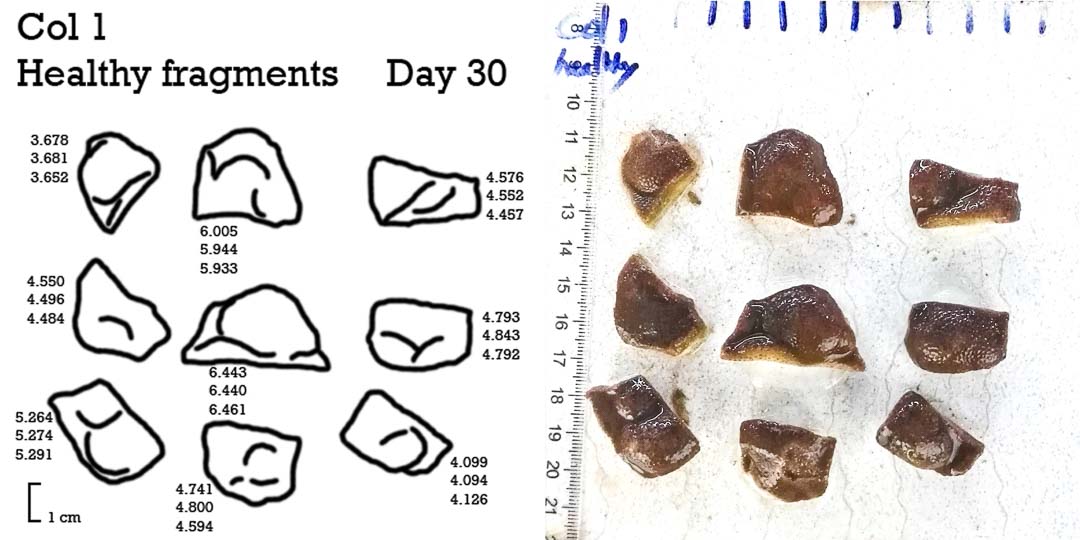 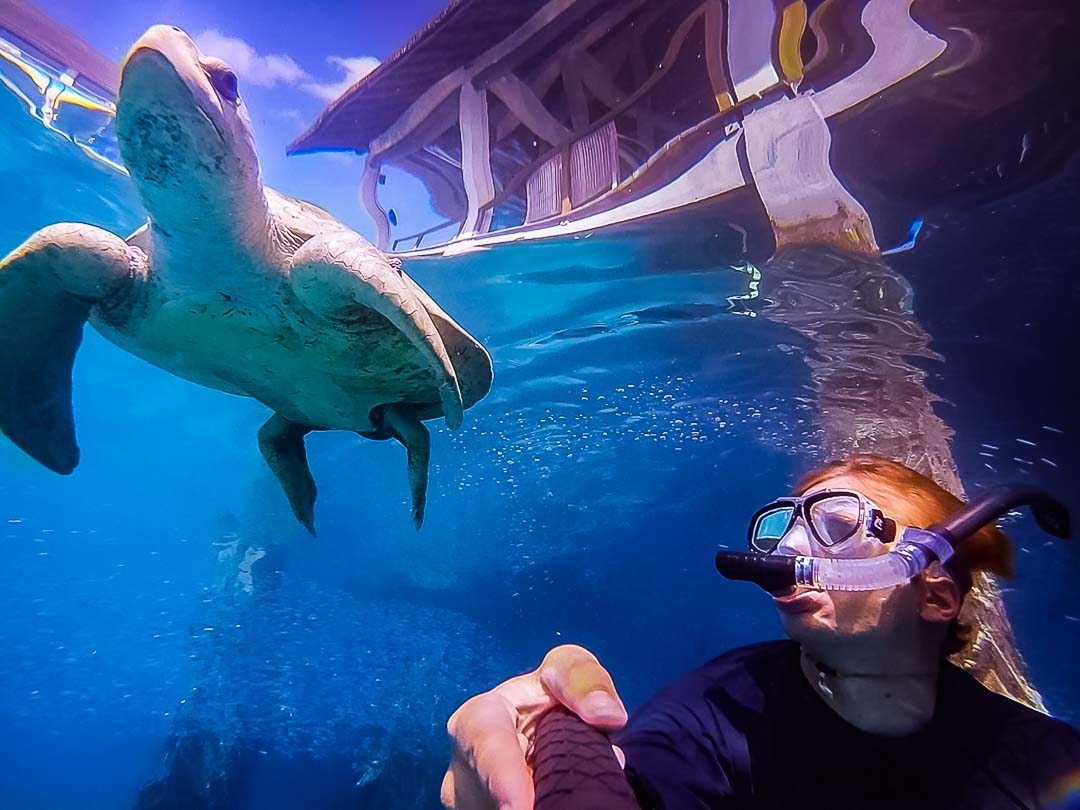