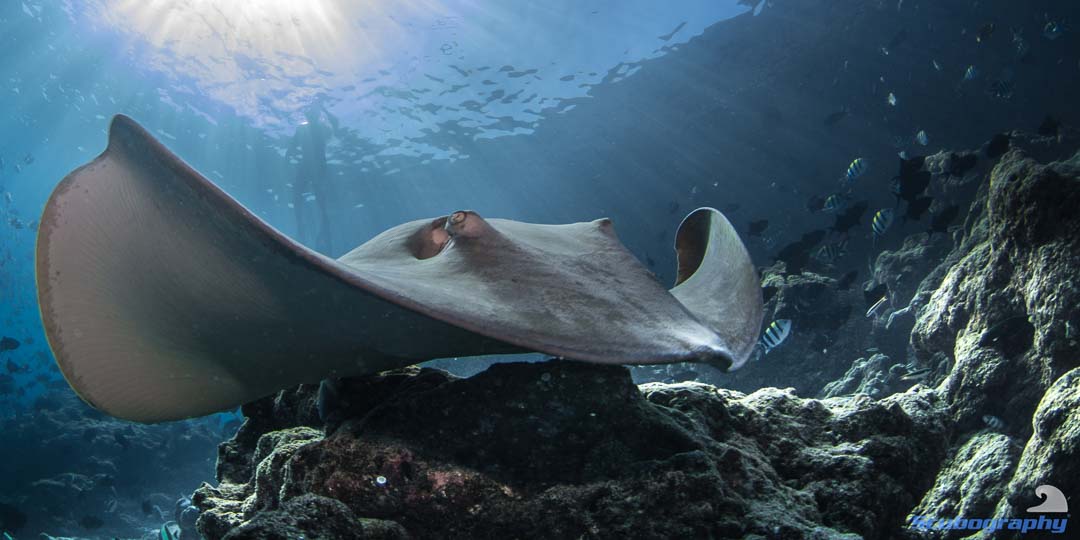 Over 1,000 Spinner dolphins (Stenella longirostris) were sighted during the month, in pods varying in size from five to 200 individuals, often including calves. The dolphins were usually interactive, mostly spinning, bow-riding, porpoising and head-slapping. We spotted Bottlenose dolphins (Tursiops truncatus) on several of our cruises, with pod size ranging from 6 to 20 individuals. We were also lucky to sight a pod of 20 Short-fin pilot whales as they swam alongside and interacted with our boat for around 10 minutes.

We recently started a new I3S Dolphin ID database. Blurry and indistinctive pictures, as well as individuals with no recognisable markings on their dorsal fin have been excluded, as it would not be possible to confidently distinguish between those dolphins.

Re-sightings are recorded in an excel sheet and added to the individual dolphin’s folder, and lower quality photos are saved for future comparisons. A total of 30 dolphins (20 Spinners and 10 Bottlenose) are now registered within the Cetacean ID database. 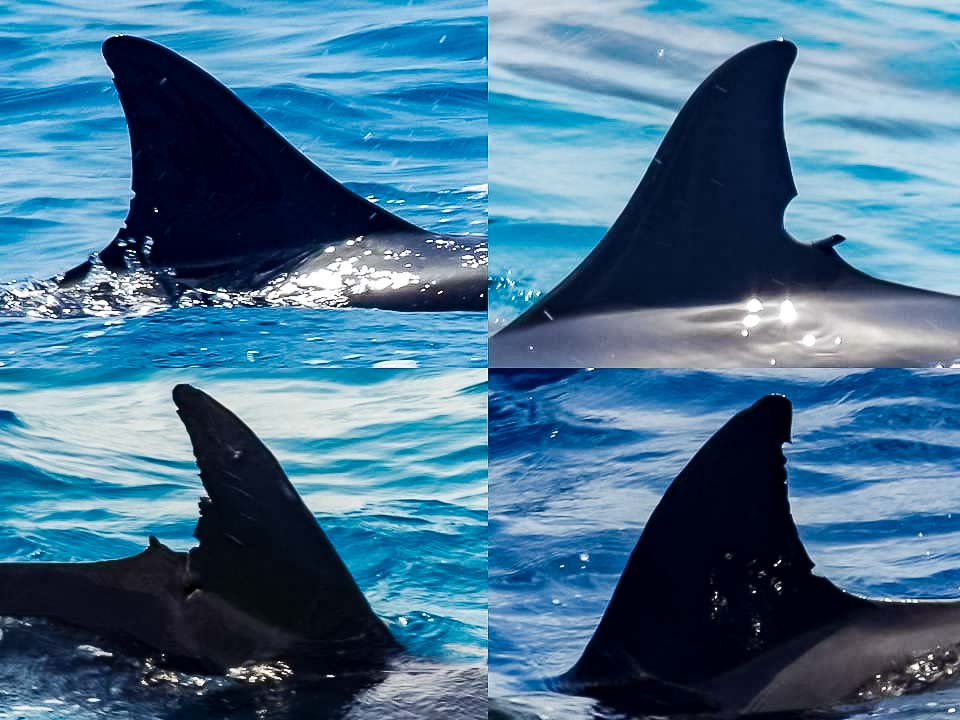 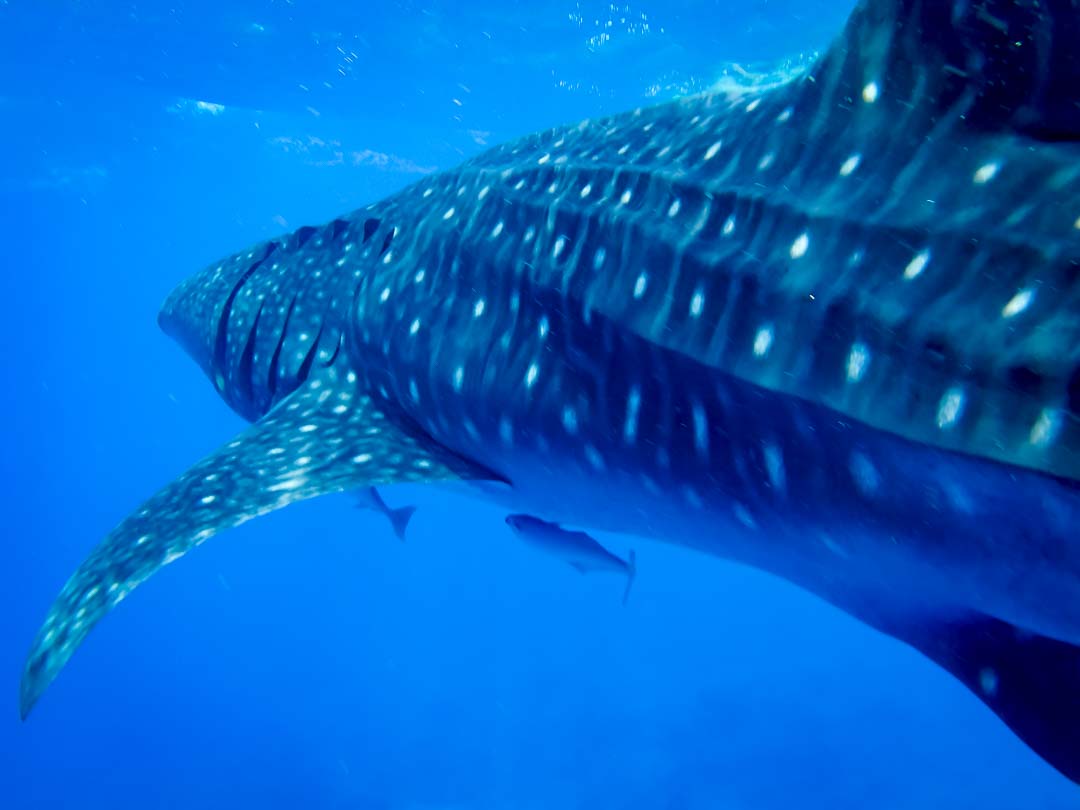 During April, our Maldivian Clownfish (Amphiprion nigripes) breeding pairs laid more eggs than the Clark’s Clownfish (Amphiprion clarkii), and we successfully harvested 4 of the 9 egg batches. By continuing to vary the food by alternating pellets and Selco/Shrimps mixture, fewer eggs were eaten by the parents.

By contrast, the success rate from the Clark’s species was less than March but remained higher than the Maldivian’s larvae production. We have also found that by feeding the larvae with enriched foods (Rotifers on Selco) the metamorphosis stage is reached much earlier (by day 15 rather than 25+ days). Our experiments are continuing, but other parameters that seem to improve our success rates include:

Throughout April, we produced 620L of algae, 100L less than March due to some contamination. Our stock of vitamins (Polybion) are low, which may weaken our strains of algae. Artemia production increased to 100L, allowing us to feed the Seahorse and the pipe fish. 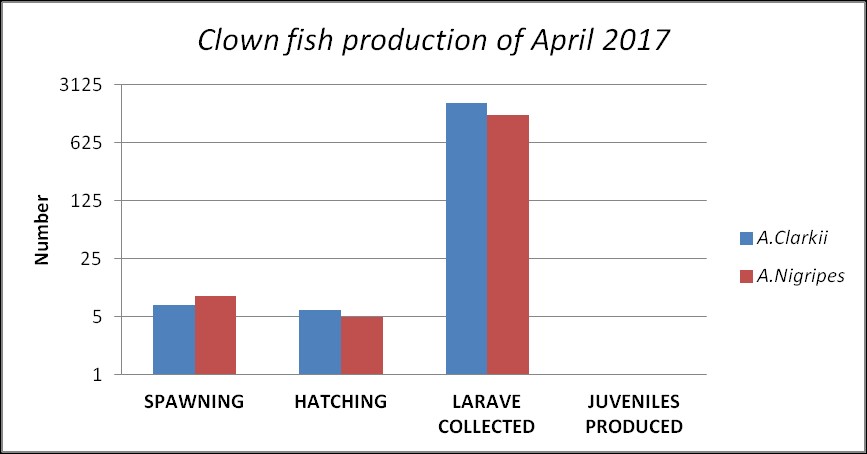 Our anemone project started on 2 February with five anemones collected from Kamadhoo reef. They underwent several bisections to yield 13 individuals, and we are growing 9 of these anemones, feeding them with Artemia and Selco. Feeding at the end of the day promotes activity of their zooxanthellae (as they photosynthesise during the day). 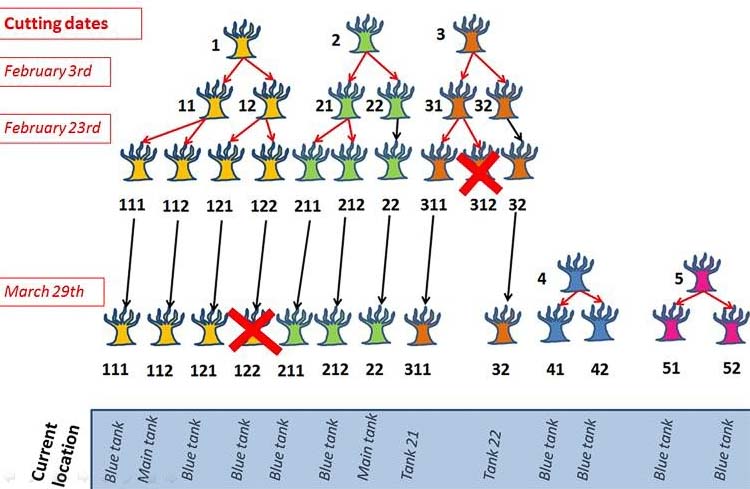 Our juvenile lobster in tank #35 has undergone its fourth moult and grown 2cm in one month. He is very active during feeding time has a big appetite!

On 14 April we saved a female lobster from the restaurant tank because we noticed it was carrying eggs. We transferred it to our outdoor blue tank, and it took 18 days for the eggs to hatch (gestation time is usually 21 days in total). We arrived one morning to find thousands of lobster larvae in the tank, which had hatched overnight. This interesting event is only the start of a long rearing project, as the period of development of captive lobster larvae varies from 4 to 12+ months (ref: Kittaka 1988, 1994).

We released the lobster mother and most of her larvae, but we kept tank #37 plus three full flasks inside the Fish Lab to try to grow them under different conditions. Lobsters are among the world’s most valuable and highly prized seafoods, so this will be an interesting experiment. Annual global catch is estimated at 77,000 tonnes, worth US$500 million (Phillips and Kittaka, 2000). 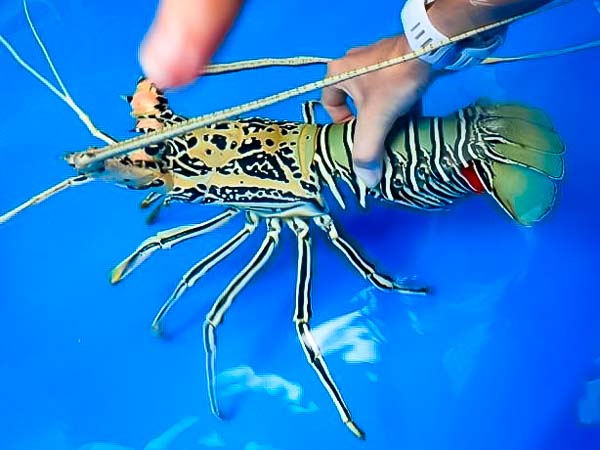 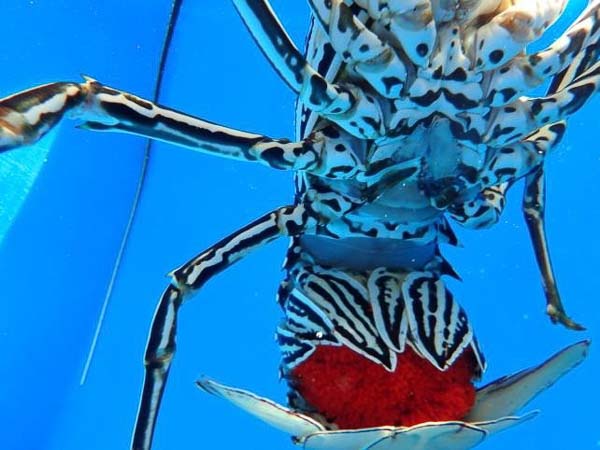 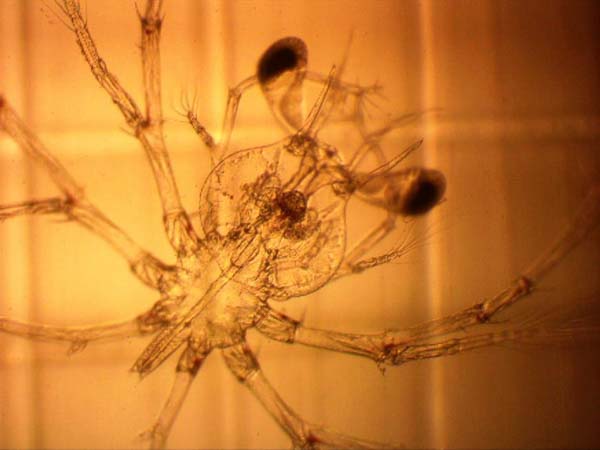 During April, we had over 70 submissions to the turtle ID programme, mostly via our Facebook group. The turtle photos were from 7 different atolls across the Maldives, including several from South Malé Atoll which historically has been poorly represented.

If you have any good photos of sea turtles taken anywhere in the Maldives, any time over the years, we’d love to see them ! Pop over to the Facebook group and if your turtle is new to us, you can give it a name and receive a ‘certificate’ ! 🙂 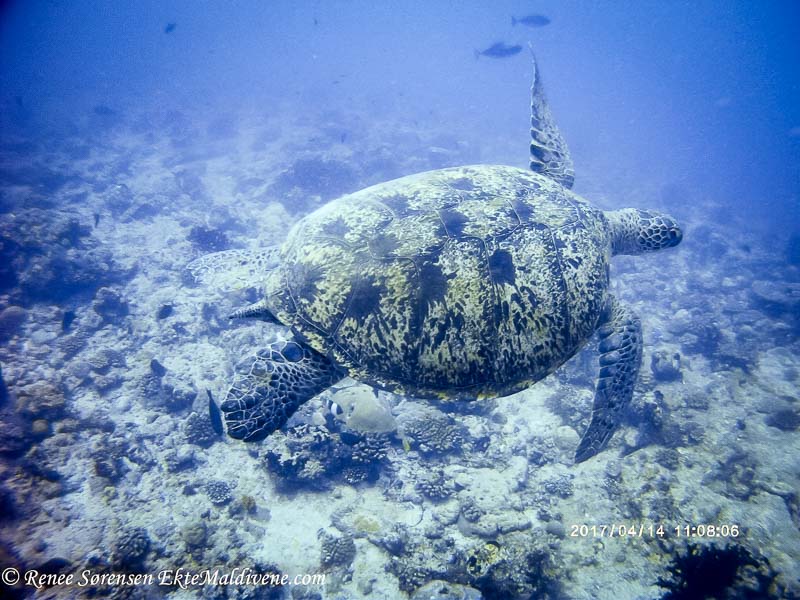 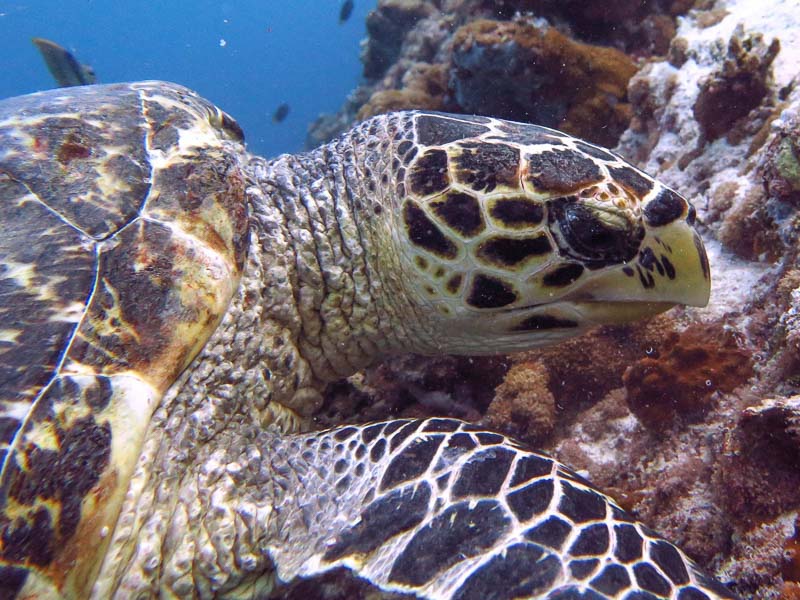