Lynn’s Internship: For the love of ‘Penyu’

Hi! I’m Lynn, a marine biologist intern based at the Marine Discovery Centre (MDC) of Four Seasons Resort Landaa Giraavaru, Maldives. I’m a recent Environmental Biology graduate from University of Science Malaysia (USM), currently taking a couple months break from work while the monsoon season is hitting the east coast of Malaysia. In a pursuit to enrich myself, I decided learn more about marine conservation and will be spending 11 weeks with Seamarc’s team of marine biologists.
One month has already passed by and the journey so far has been spectacular. Days spent at Landaa Giraavaru are always ones to look forward to, as each day has its own fascinating adventures.

I spend most of the time working together with Sarah (resident marine biologist), assisting her with the Sea Turtle Conservation Projects. Currently, there are 6 Olive Ridley turtles housed at our rehabilitation centre – long-term residents Ossy and Elsa, plus Pumpkin Pie, Denise, Diver and Ummeedhu. We follow treatment and diet plans that specially cater to each individual patient, and each turtle has their own unique personality.

Ossy is the “diva”, demanding to be fed at each meal time. She often swims towards the glass panel, sometimes raising up from the water, making lots of splashes in a ‘frenzy’ after the food. 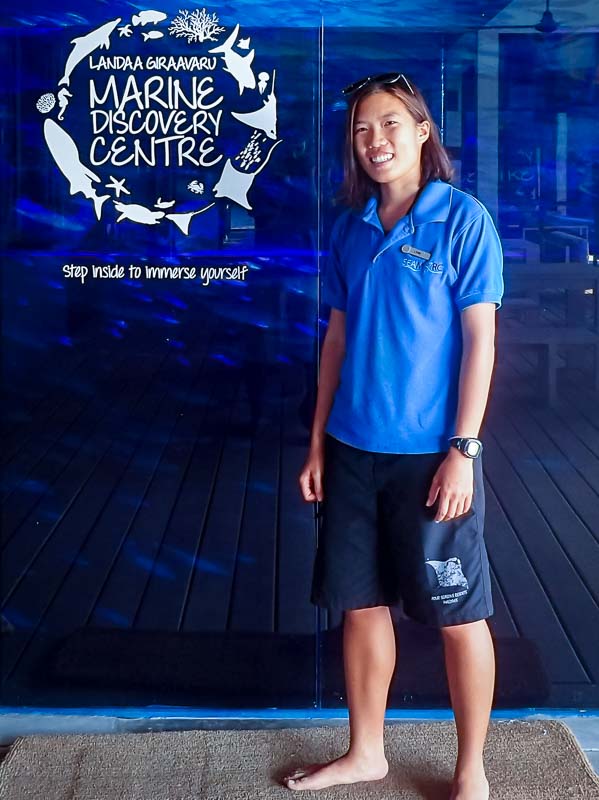 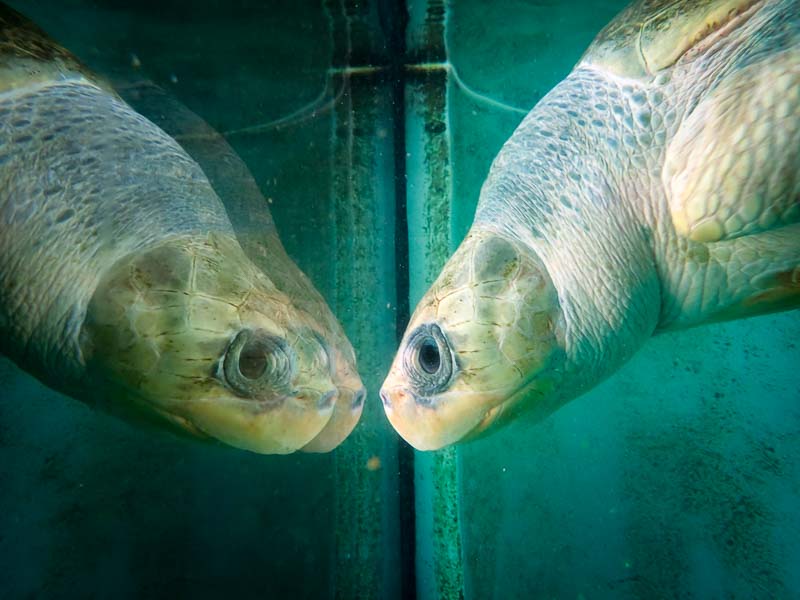 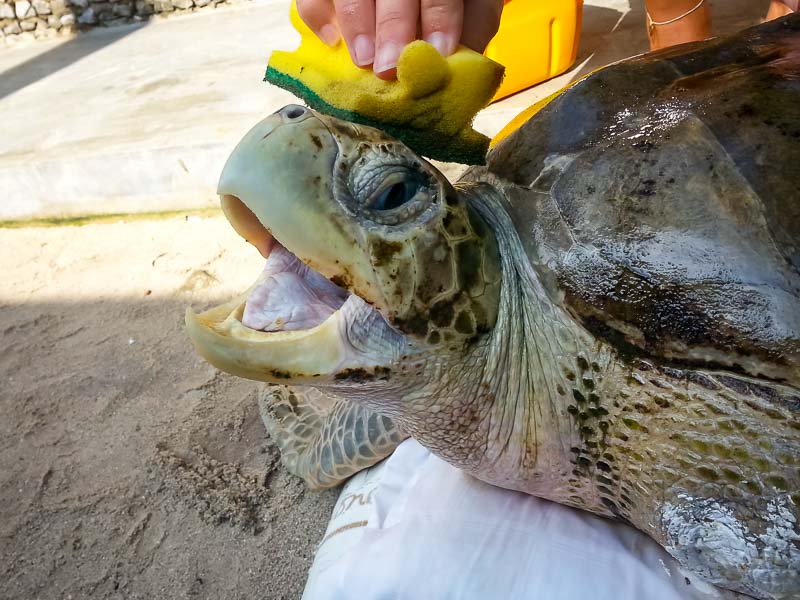 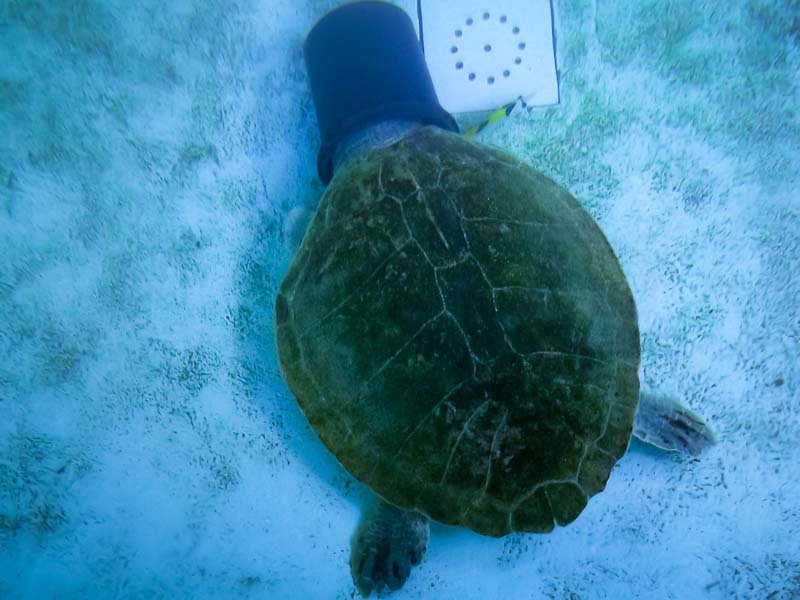 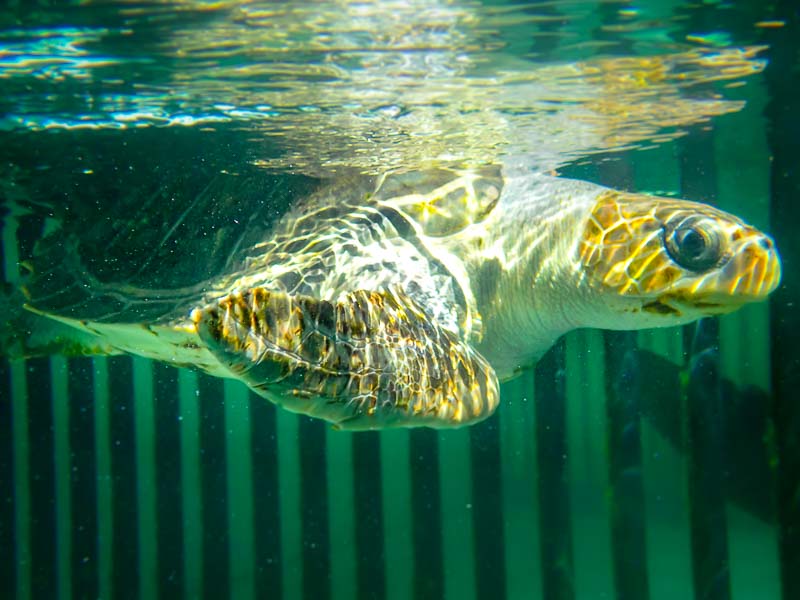 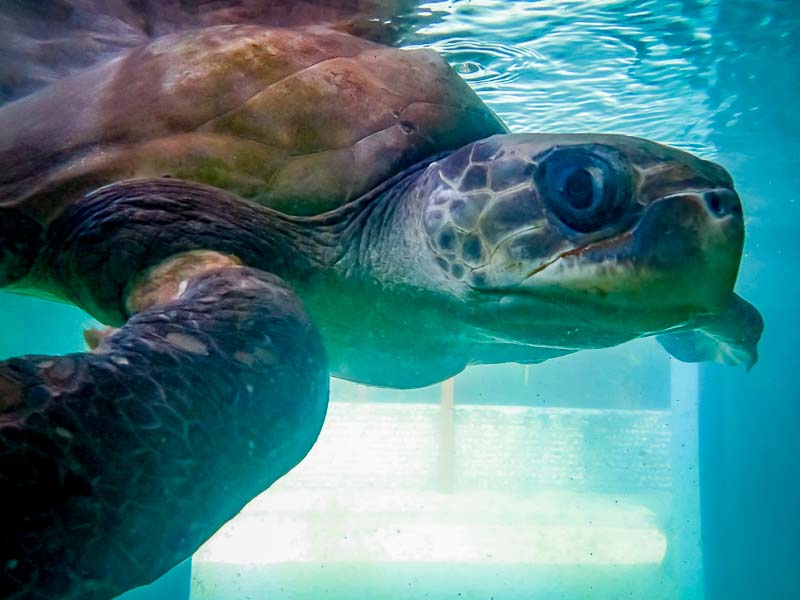 Elsa is my personal favourite, with a particularly humorous antic. Every morning, without fail, Elsa’s head will be inside a bucket (shelter meant for the aquarium fish) placed in the tank. It’s as if the bucket is used as a personal blackout blind.

Pumpkin Pie, the “Yoda”, relishes in the “spa treatment” – the occasional scrub we offer the turtles to remove algae from their carapace.

Denise is the “rebel”, making chaos during treatment and monitoring. The treatment mat has taken the most damage from Denise, from being chewed on and cut by flipper claws. She was admitted to our Centre on the day of my arrival, due to entanglement in a ghost net (discarded, drifting fishing gear). She lost her left front flipper, with the humerus bone protruding from her body (not a pleasant sight, and no doubt very distressing for Denise). She is currently doing well, and the protruding bone came off after two weeks! Denise is still learning to move around with a handicap. Hopefully, with all the tender loving care she is being given, she will regain her health and be released before my time on the island ends. It would be wonderful to see things coming around full circle!

Diver and Ummeedhu were rescued on my tenth day, freed from entanglement in ghost netting thanks to local fishermen from Kamadhoo (a local island) and promptly brought to our Centre.

Diver has cuts to the head and is suffering from a cloacal prolapse, but thankfully does not suffer from ‘floating syndrome’ like most of the turtles that are admitted. Diver is only given small pieces of food during feeding, as well as medication to ease bowel movement. The prolapse is shrinking, and soon Diver will be released! Being the youngest, Diver is very active and often remains submerged under water even during feeding!

Ummeedhu is not as lucky as Diver. She has a deep cut around her right front flipper and was suffering from dehydration. We administered IV fluid and antibiotics, and treated and bandaged the injured flipper. Ummeedhu only makes small movements with her injured flipper, as the muscles may not be recovering (although the major blood vessels are still connected). The decision to amputate the injured flipper is still pending as we continue to monitor her condition. Ummeedhu (bearing the meaning ‘Hope’ in Dhivehi) remains strong against adversity, with the hope of returning to sea one day. 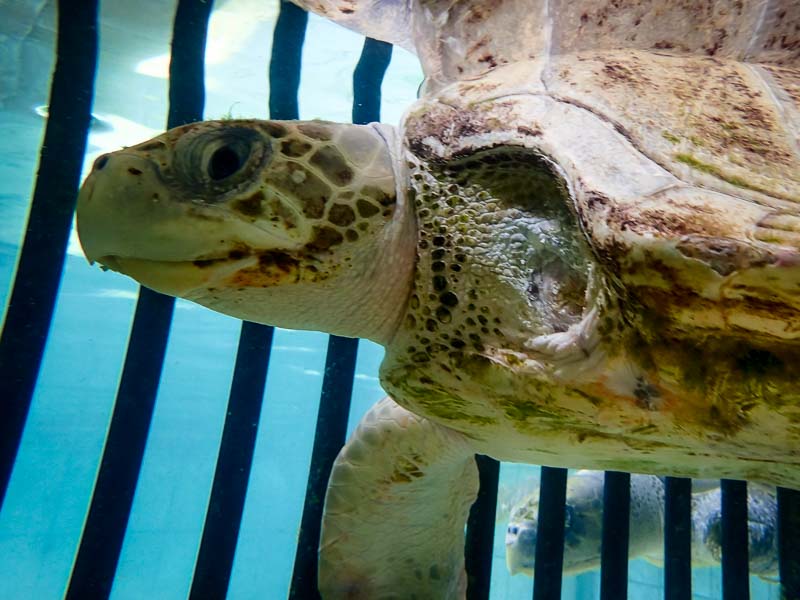 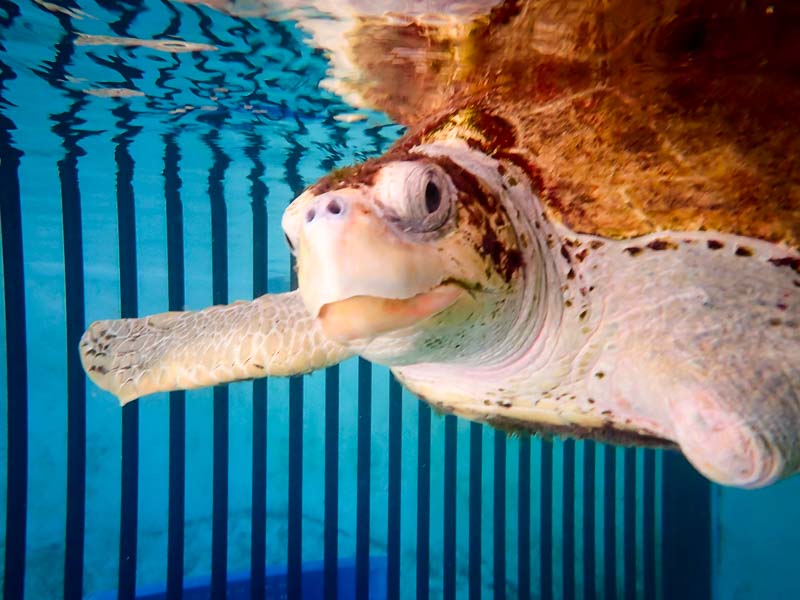 Although I am involved with sea turtle conservation in Malaysia (primarily on nest protection from poaching and predation), it is my first time being up-close-and-personal with injured sea turtles. Meeting the turtles at our Centre has touched my heart with sadness, tinged with anger, but there is also some hope.

Many creatures are endangered due to humans’ careless actions, but at the same time we are doing the best we can to protect the animals. It has strengthened my conviction that education and awareness is crucial in conservation work, as it helps people to understand the consequences of their actions and to carry out remedial changes. 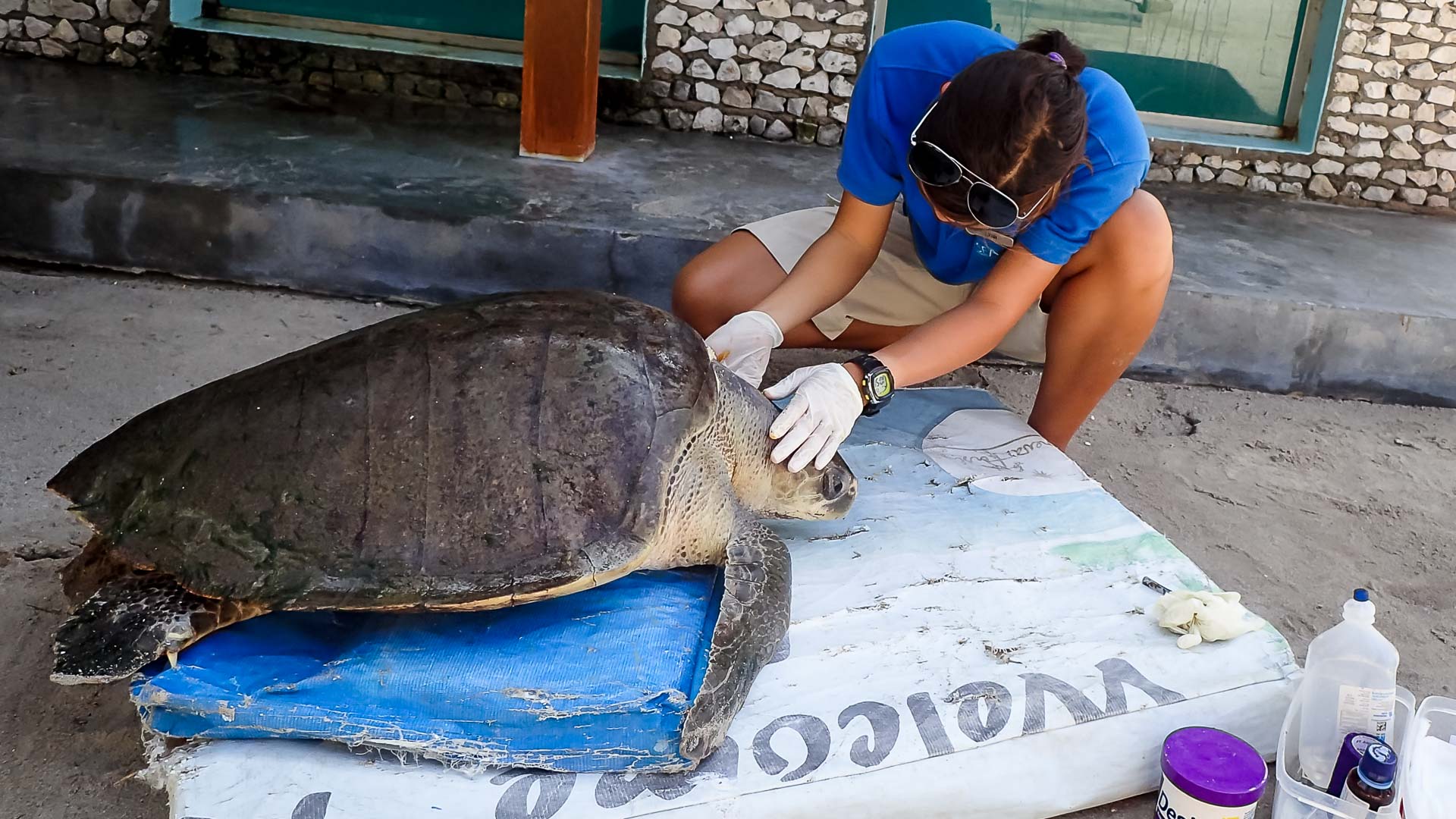