There are currently 11 sea turtles in the Head Start Programme: three Hawksbills and eight Green turtles. The majority of our Head Start turtles have now reached the release size of 30cm and a weight of over 4kg.

During February, four Green sea turtles were released from the Head Start Programme after 52 weeks in our care. Wukong (CM.093) was released to celebrate the Chinese New Year, and Gracie (CM.086), Archer (CM.087), and Bella (CM.095) were released at Makunudhoo Reef during the Turtle Adventure Safari. 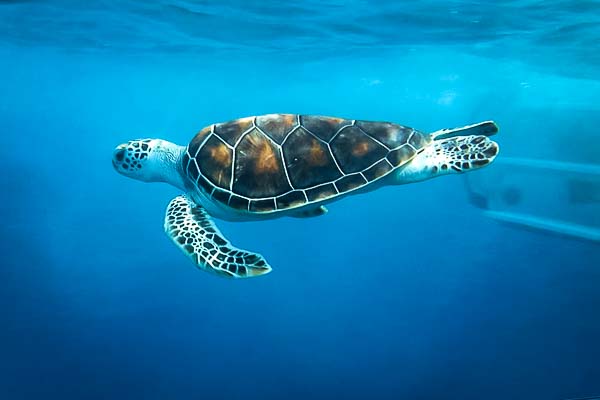 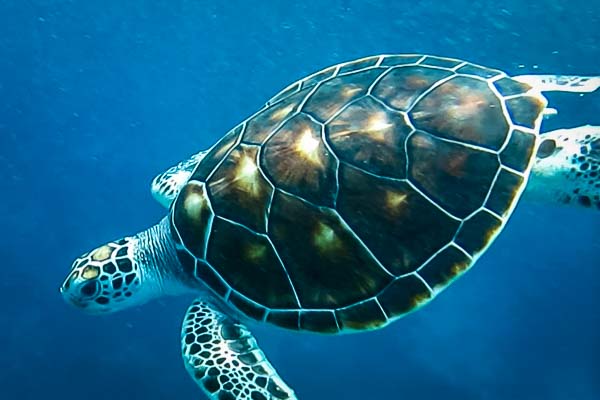 We currently have one Olive Ridley turtle (Lepidochelys olivacea) and five Green sea turtles (Chelonia mydas) in rehabilitation here at Kuda Huraa. These turtles will remain in our facility until they reach a straight carapace length of 30cm, as we are following the same protocols as with the Head Start Programme (to increase their chances of survival after release).

Ollie the juvenile Olive Ridley was released at Makunudhoo Reef on 21 February (after 158 days of rehabilitation). Upon release, Ollie dived down several metres and began to investigate the reef.

Ollie was originally found by staff at One & Only Reethi Rah, entangled in a large ghost net that had caused severe damage to the right front flipper (requiring amputation). Wound care (debridement, flushing and application of honey) was provided daily for a month, and the amputation site soon fully healed. The turtle also suffered from buoyancy syndrome and was unable to dive normally. To combat this, Ollie was given ‘Beano’ daily and encouraged to dive when eating. Environmental enrichment devices (EED) were put in the pool to provide stimulation and to further encourage Ollie to become more active. These EEDs also played a significant role in helping Ollie to re-learn to swim and navigate properly with a missing flipper. Ollie began to dive normally on 29 December, and soon afterwards was able to rest on the pool bottom (a key indicator of healthy recovery). 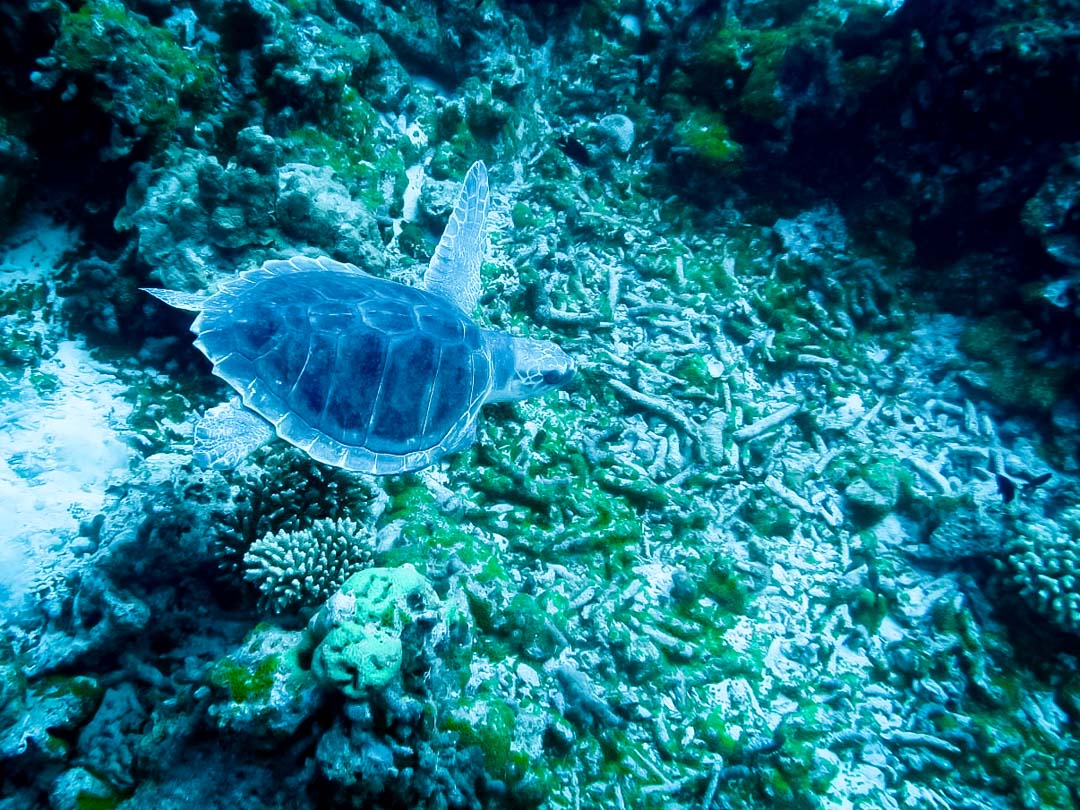 Winslow is a young ‘post-hatchling’ Olive Ridley sea turtle, found by Four Seasons Explorer staff while cruising in Baa Atoll. The turtle was lethargic and covered in algae so was admitted to our Centre, weighing in at 108g and 8.2cm in carapace length (our smallest Olive Ridley patient ever).

It is rare to encounter such a small Olive Ridley turtle, as they are not known to nest in the Maldives. This turtle most likely hatched in India at the end of 2015, and has since ridden the oceanic currents to the Maldives. Juvenile Olive Ridleys are, however, frequently found entangled in drifting ghost fishing nets, but in our experience their carapace length has always exceeded 15cm.

The boat crew had observed small pieces of plastic debris in Winslow’s faeces. On arrival at our Centre, the young turtle was fed a special gel diet (with added mineral oil) to aid in the passing of any remaining foreign material without the risk of causing an impaction (intestinal blockage). Since arrival, no additional plastic has been seen and Winslow is now very active and diving. 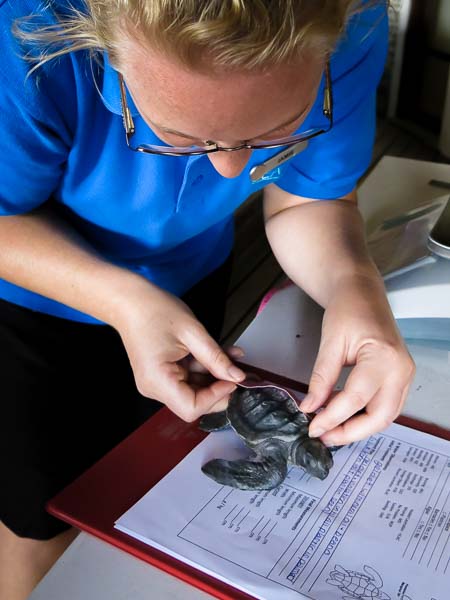 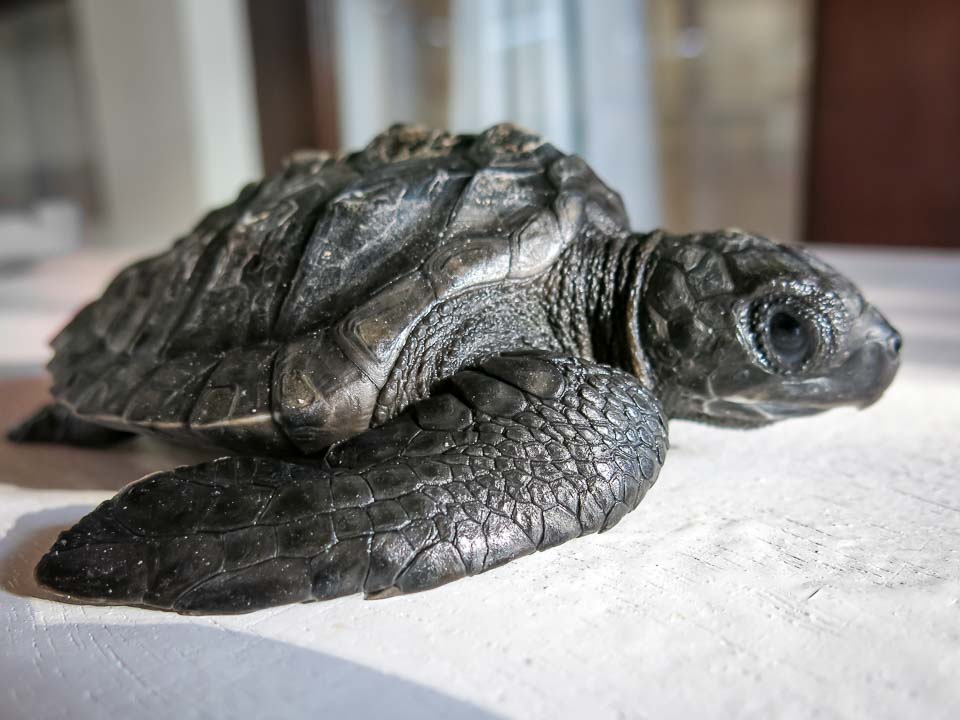 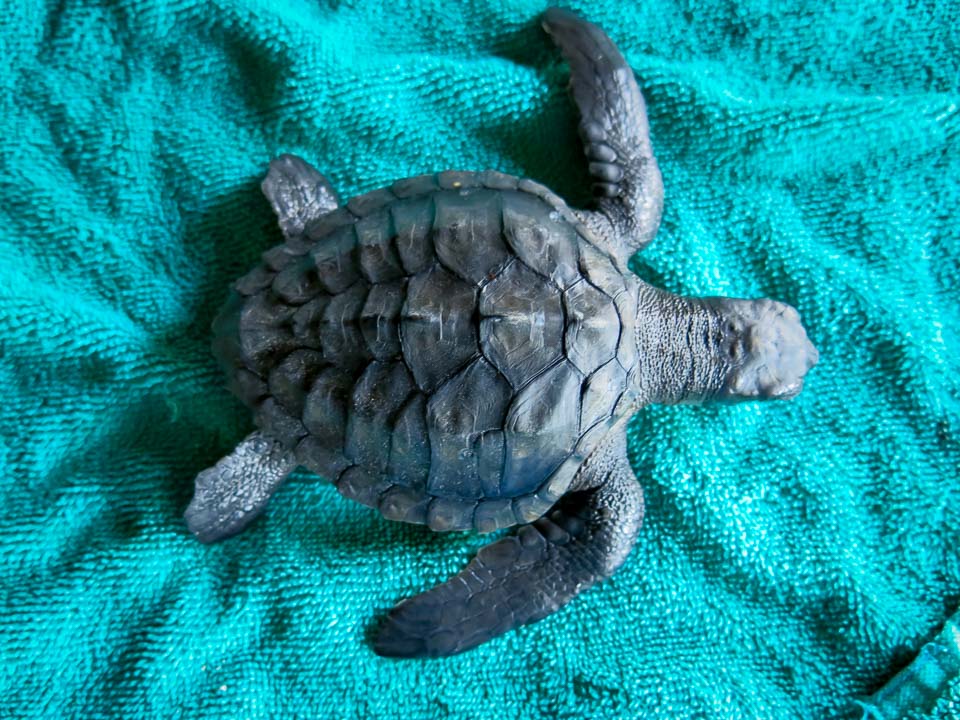 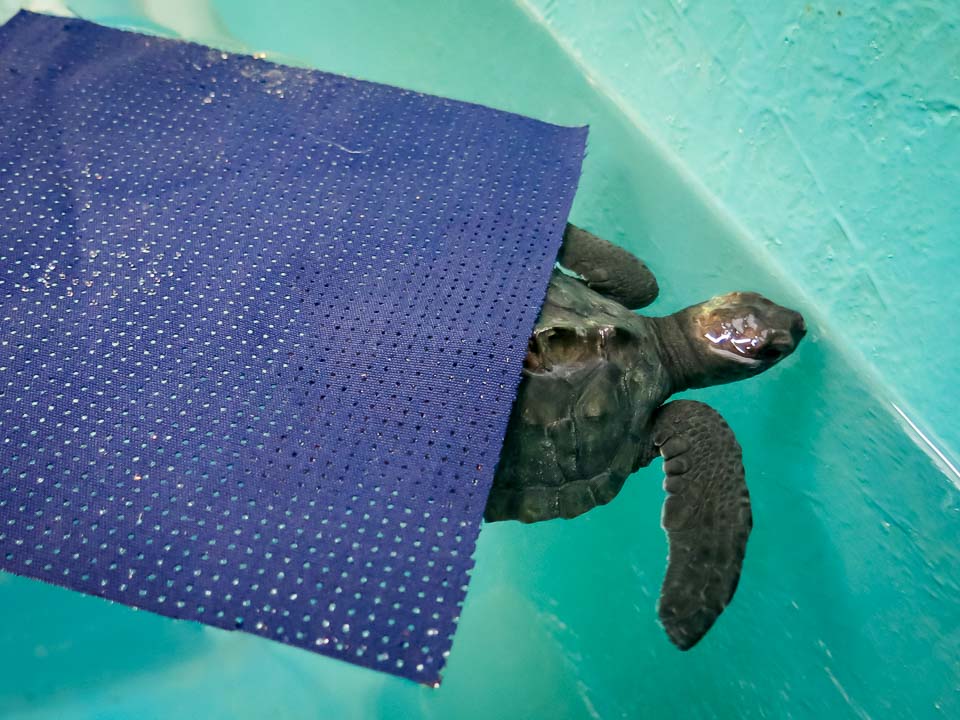 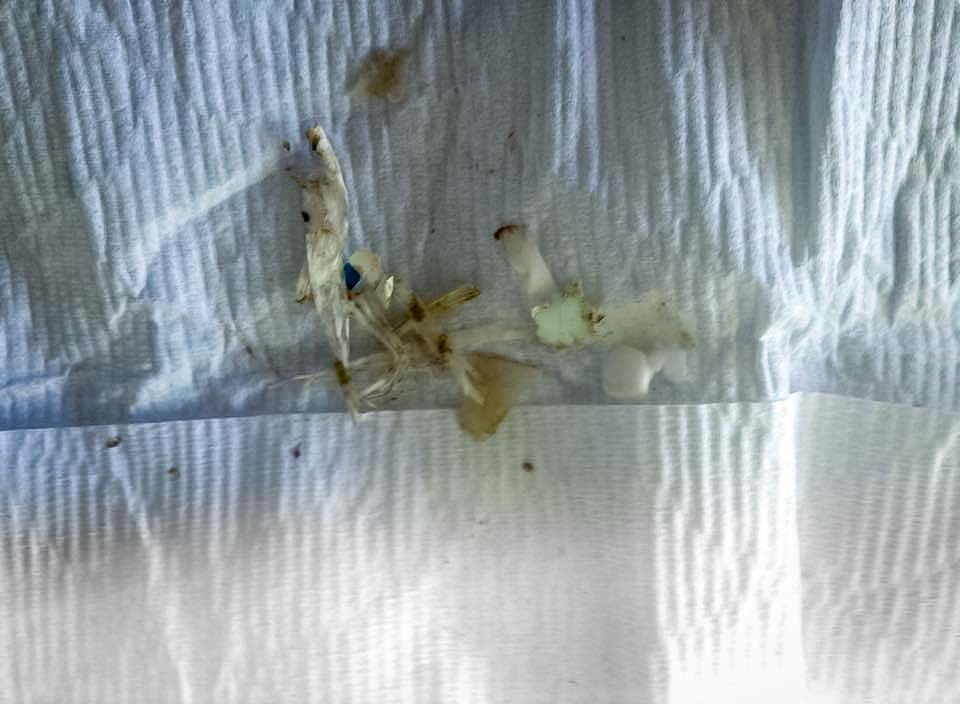 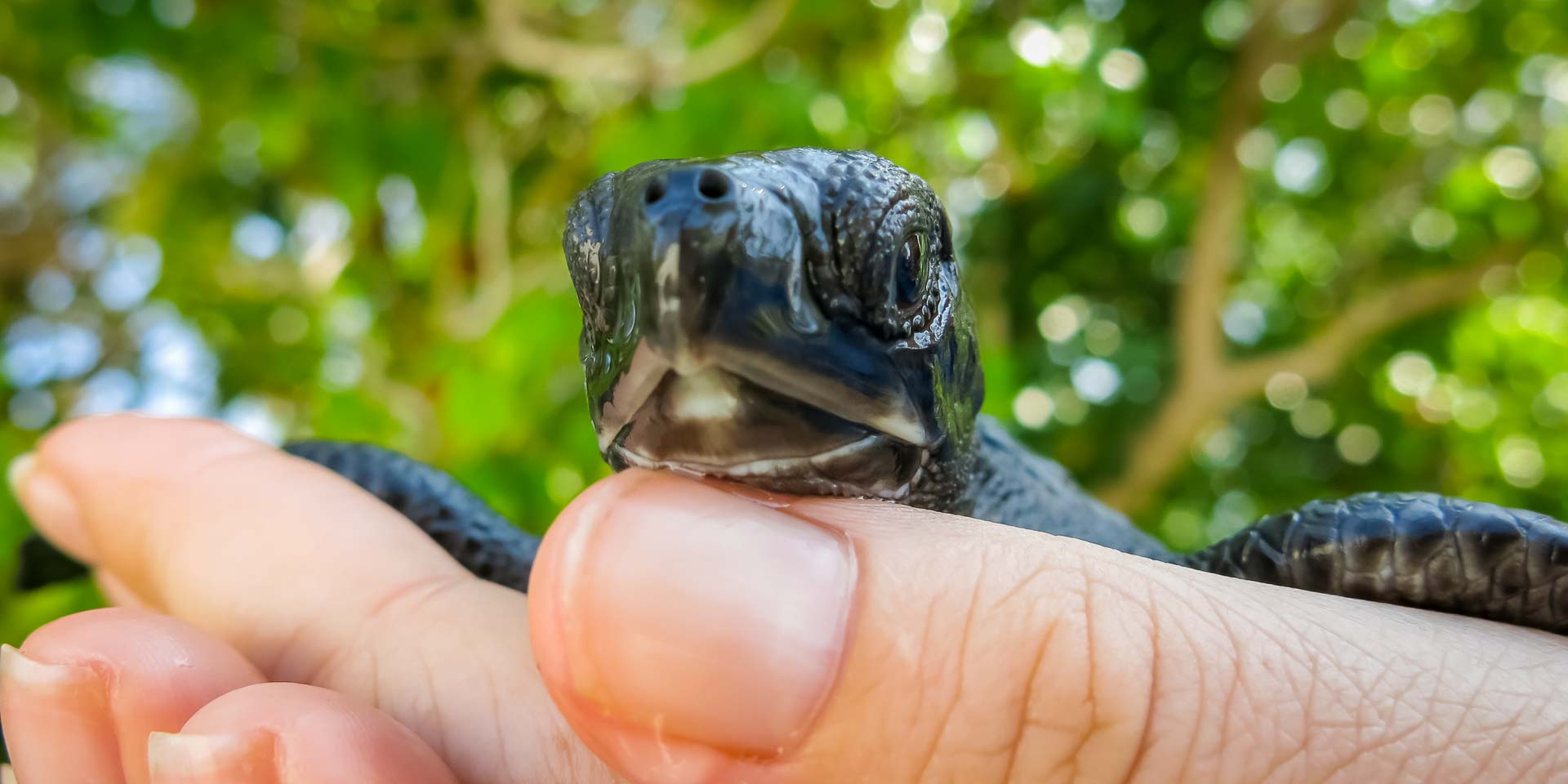