A total of 27 new coral frames were deployed into the waters around Kuda Huraa during June. These were largely planted on the deeper House Reef site because of the seasonal temperature fluctuations and to provide greater resilience to future elevated temperatures. Two flat frames were placed in the Green Lagoon following some mortality during the past few months. The use of flat frames at these propagation sites keeps the coral fragments at increased depth and within a more stable temperature range. Re-transplantation and coral frame maintenance is well under way in the Channel, Green Lagoon, Spa and Turtle sites.

30 new frames were transplanted in June at Landaa Giraavaru, and a total of 389 frames were monitored (maintained and photographed) at the Al Barakat and Blu sites. The coral frames at Al Barakat are mostly very healthy, although several are being affected by sand brought by the prevailing currents. Some of the old coral frames (e.g. LG0729 and LG0730 from 2010) are now completely covered with corals. 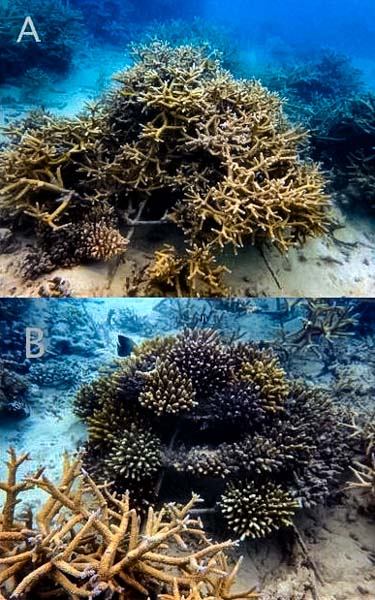 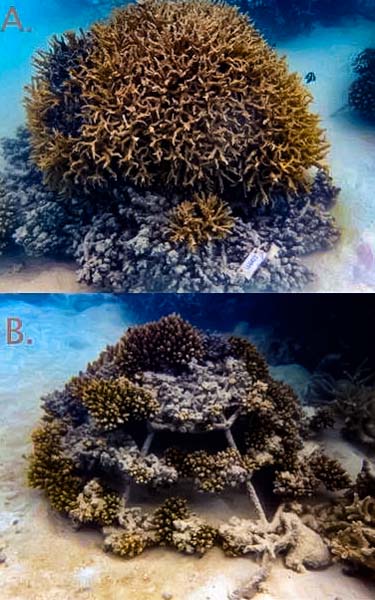 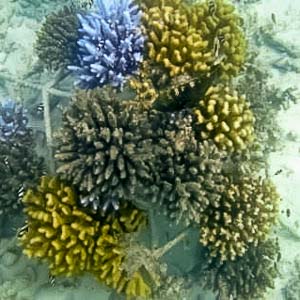 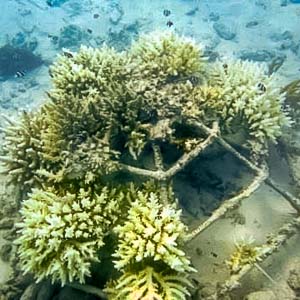 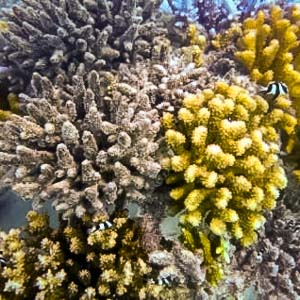 The shallower areas seemed most badly affected, in particular the Spa and Green Lagoon sites, which also have slow water currents with water pooling in the lagoon and subsequently heating up. The Water Bungalows, Turtle and parts of the Channel sites are also shallow but with much stronger currents flowing over them, and as such the bleaching was observed to be much less at these sites.

We have stationed temperature loggers at various sites around Landaa Giraavaru, and you can see a graph of the readings below. Between mid-March and mid-May 2015, the ocean temperatures were the highest we have seen for several years, peaking at 30.5 °C. 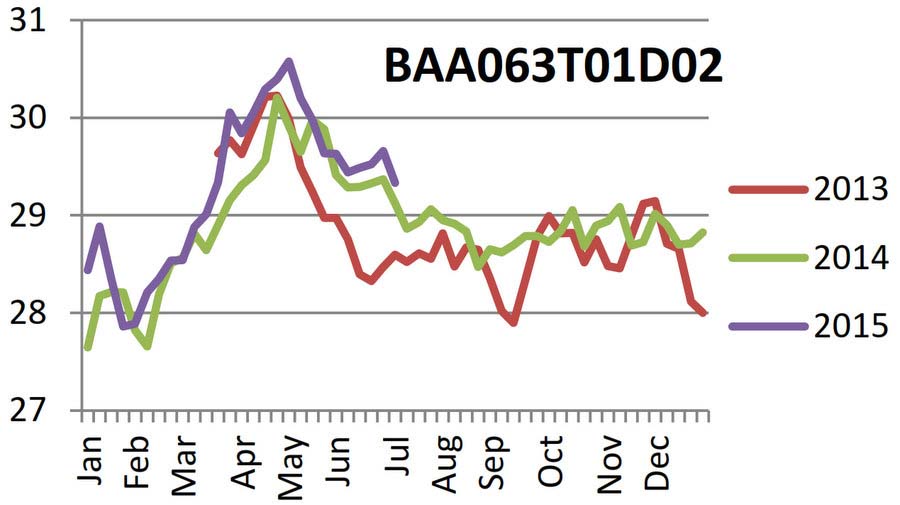 Black band disease is still very apparent on some wild reef colonies of Pavona coral species, in between the House Reef and the Turtle sites. However this has not transferred onto the frames (there is one single frame in the Channel area showing symptoms). 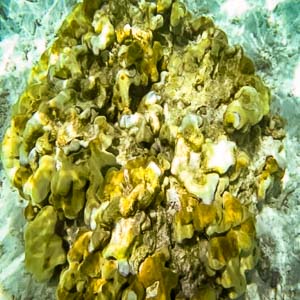 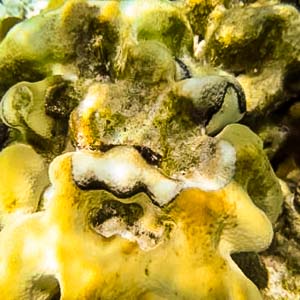 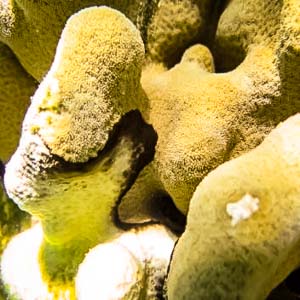