Above and Below the Waves

Blacktip reef sharks (Carchahrinus melanopterus) form the majority of the snorkel sightings this month, and up to 15 individuals were recorded on a single snorkel safari. During that particular snorkel, the sharks were observed mating, where several males follow a female very closely before copulation. On the same snorkel, several hundred lined bristletooth fish (Ctenochaetus striatus) (also known as Striated surgeonfish or Orange Stripe Bristletooth Tangs) were also observed spawning.

June was a good month for cetacean sightings, with Spinner dolphins (Stenella longirostris) most frequently recorded, often in large pods of more than 100 individuals. There were small pods of Bottlenose dolphins (Tursiops truncatus), Short-finned pilot whales (Globicephala macrorhynchus) and the rarely seen Risso’s dolphins (Grampus griseus). This is the first time that Risso’s dolphins have been sighted this year; seven individuals were observed “bowriding” as you can see in our short video clip on Facebook (thanks to Monica in Recreation).

Risso’s dolphins are easy to identify due to their bulbous forehead and white body scarring. These scars are thought to be caused by bites from their prey (squid) or other Risso’s. They are relatively abundant in temperate and tropical waters around the globe, but here at Kuda Huraa we only occasionally catch sight of them.

The highlight from June was the unusual sighting of a humpback whale (Megaptera novaeangliae) during a dive on the House Reef at Kuda Huraa – an incredible experience for a pair of first time divers! The whale was estimated to be 5.5m in length and was cruising at a depth of about 12m. We were aware that whale song had been heard two days prior by divers in S. Malé atoll, and were incredibly lucky to catch sight of the mystery chanteuse!

Humpback whales are occasionally observed offshore in the Maldives as they migrate up and down the coast, but their ability to dive to depths of 50m means seeing one within the atoll and so close to a resort is something of an anomaly. Humpback whales are a species of baleen whale, characterised by the baleen plates found inside their mouths that they use to filter their food from the water. It is a large species, reaching an average size of 13-16m, and can be identified by long flippers, a humped back and knobbly tubercules on the head. 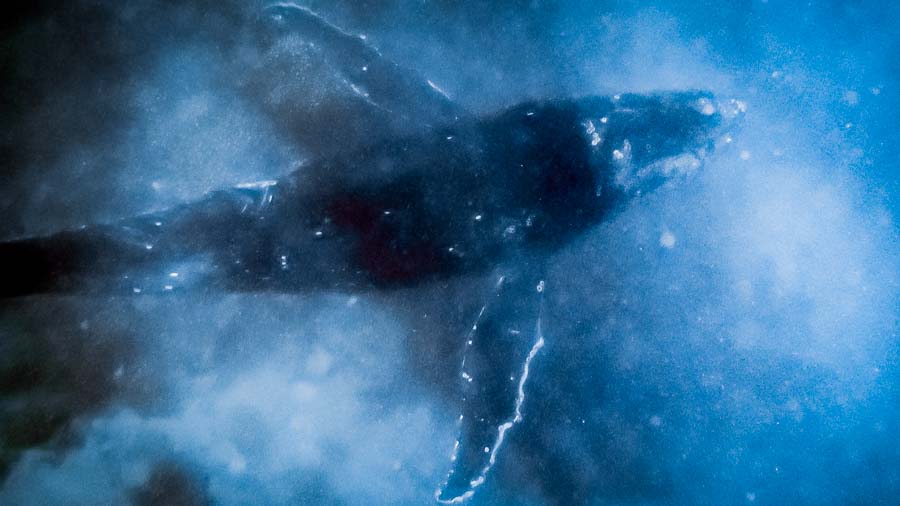 World Oceans Day is celebrated globally each year on 8 June. This year we invited a school from the local island of Kamadhoo to join us and get involved. We welcomed 35 students and 6 adults (teachers/parents) to Landaa for this event. Following a general presentation about environmental awareness, we had a tour of the Centre facilities, made two coral frames and ended the day with some fun ‘manta’ games on the beach.
It proved to be a very enjoyable day for everyone, and we look forward to welcoming the next batch of students from Kamadhoo. 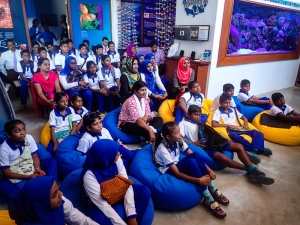 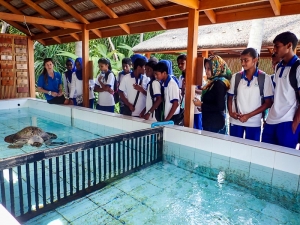 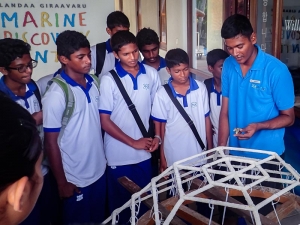 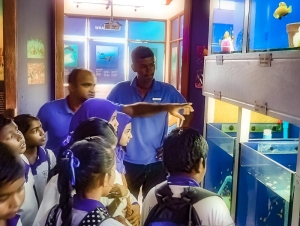 Tour of the Fish Lab 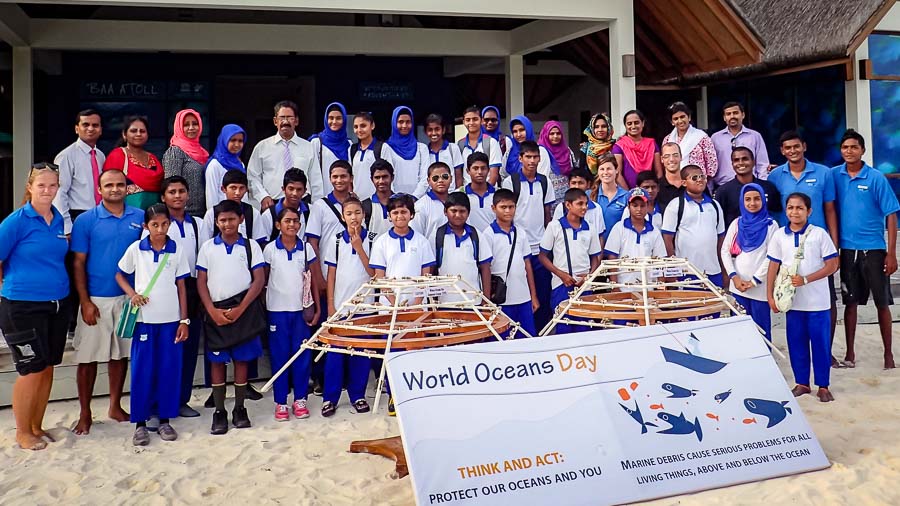