A Warm Welcome to our New Colleagues

Mohamed ‘Monty’ Ahmed – Monty was part of the Four Seasons Apprenticeship Programme, graduating in 2015, and specialised in Marine Biology. During the previous 12 months, he has learned a lot about marine life and our conservation projects. Monty has proved very helpful in the Fish Lab, and has been assisting with our Reefscapers coral propagation and turtle rehabilitation projects. Monty joined us on 9 May as an Assistant Coral Biologist at Landaa Giraavaru.

Mailis Wuilmart – Mailis is currently studying for a Bachelor’s degree in Agronomic and Animal Technology at the “Haute Ecole Louvain” in Belgium. She has decided to focus on marine animal care, and recently completed 2 months in Kelonia (Reunion Island) at a Marine Turtle Sanctuary dedicated to education, awareness and rehabilitation. Mailis will be working with us at Landaa Giraavaru for 9 weeks as an intern, focusing on turtle care and helping out with other projects.

Aiham Mohamed – Aiham is from the Maldives capital city of Malé. After graduating high school, he joined the 2015 Apprenticeship Programme at Four Seasons, Kuda Huraa. The apprenticeship is focused on the Dive Centre, where he will learn how to dive and then accompany resort guests in their underwater adventures. Once Aiham has completed his apprenticeship programme he will be a PADI Divemaster and a professional dive guide, which will allow him to work anywhere in the world. As a part of his apprenticeship programme, he is spending six weeks working with us at the Marine Discovery Centre to learn about our marine biology projects.

Maddhih Hassan Ahmed – Maddhih is originally from the island of South Hithadhoo (in Addu Atoll). After graduating from Sharafuddin School, he enjoyed early success as an athlete, competing at a national level in 100/200m sprint. Maddhih is now following his second passion of diving, and is working as a Four Seasons Kuda Huraa Dive apprentice, studying for his PADI Divemaster certificate. He hopes one day to achieve the level of Dive Instructor. As part of the apprentice programme, Maddhih is currently spending six weeks with us here at the MDC, learning about marine biology, coral reef restoration and sea turtle conservation.

Fish Breeding Project in our Lab 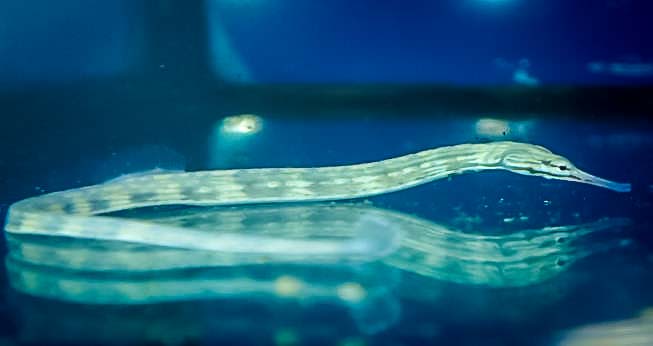 Throughout the month of April, we saw two spawns from our Maldivian Clownfish (Amphiprion nigripes) and a further two batches from the Clarks Clownfish (Amphiprion clarkii). On occasion, the breeding pairs are actually eating their own eggs (a common problem in fish-breeding) so we are making experimental changes in the diet to see if this has any effect. By the end of the month we had 660 Clarks and 234 Maldivian Clownfish juveniles.

We have started with new 100 litre Phytoplankton culture tanks this month, and in total produced 1200L of Nannochloropsis and 700L of Tetra during April. Our Zooplankton production has been less successful, and we are investigating why the Rotifera culture concentrations have dropped to 400 per ml.

We have also been cleaning and maintaining our sand filters and sea water pumps, and have seen an improvement in water flow into our Fish Lab tanks. 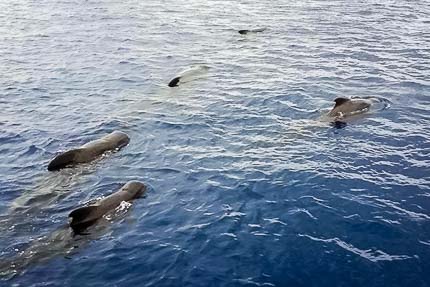 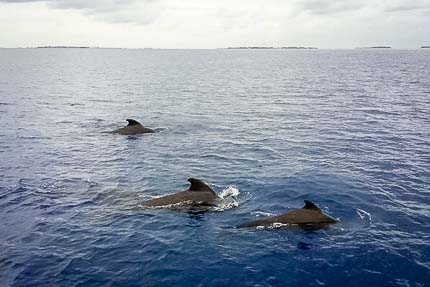 The Dolphin Cruise continues to be popular, with sightings of three species of Cetaceans: Spinner dolphins (Stenella longirostris) most commonly, plus Bottlenose dolphins (Tursiops truncatus) and Short-Finned Pilot Whales (Globicephala macrorhynchus). The Pilot Whales were seen ‘logging’ – a behaviour in which they rest at the surface allowing boats to get very close.
Our Snorkelling excursions were also very popular during April, and megafauna sightings included: 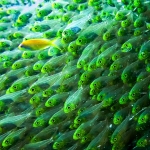 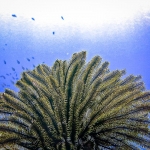 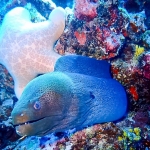 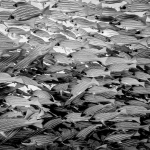 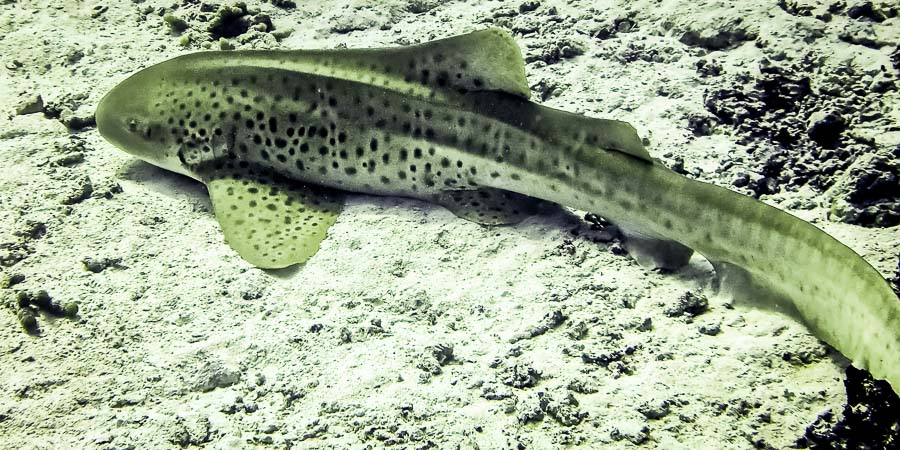