During the month of September, there were 3 spawns from our breeding pairs of Maldivian Clownfish (Amphiprion nigripes). Unfortunately we did not get to see any hatchlings, as the anemone moved locations within the tank and this is known to disrupt the normal ‘caretaking’ behaviour of the (male) clownfish, which do not like any kind of environmental changes. The eggs were subsequently eaten by marine copepods, and polished off by the parents themselves!

We hope to solve this issue by encouraging the fish to lay their eggs on movable tiles on the floor of the tank, which we can then carefully slide to a new location if necessary. Having a mobile spawning substrate also enables us to more easily re-house the eggs if necessary, to a specialised nursery tank closer to the time of hatching.

Our Clark’s Clownfish (Amphiprion clarkii) breeding pairs have all been caught recently, and are still acclimatising to their new environment in our individual Fish Lab tanks. 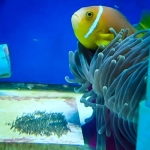 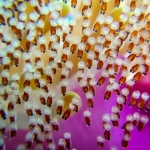 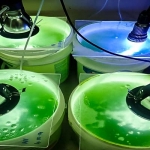 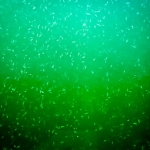 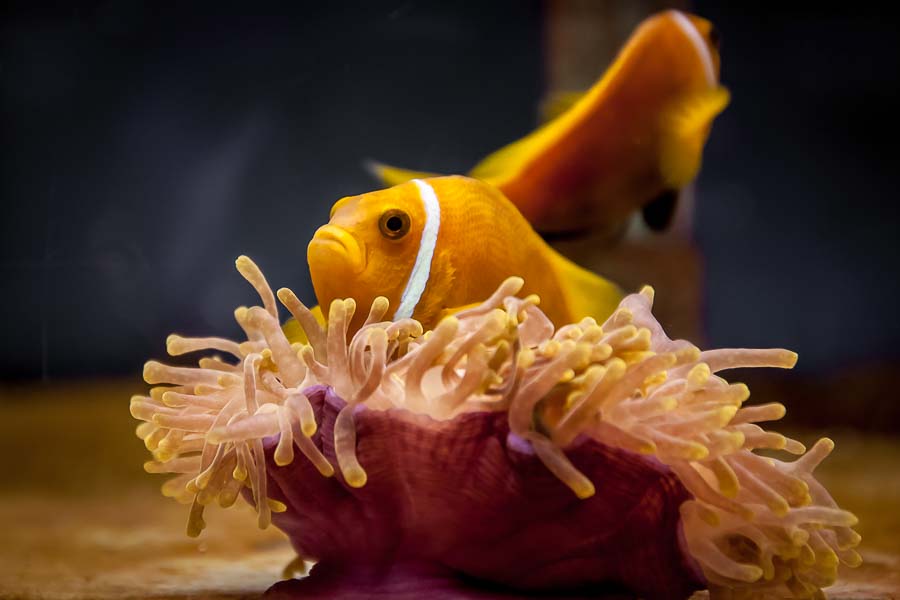 Despite less than ideal sea conditions this month, we were pleased to encounter various species of megafauna on our snorkel excursions, including: 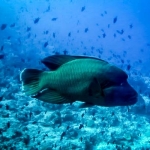 
We also observed a 1.5m male Napoleon wrasse (Cheilinus undulates). They are the largest member of the wrasse family (up to 2m in length), easily identified by their size and unusual fleshy lips (adult males also have a prominent hump on their foreheads). They are opportunistic feeders, and are one of the few predators of the toxic boxfish (Ostraciidae). 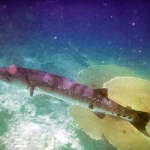 The divers encountered further species, including whitetip reef sharks (Triaenodon obesus), mangrove stingrays (Himantura granulate) and Bumphead parrotfish (Bolbometopon muricatum). Bumpheads are very territorial, with most of the encounters in N.Malé Atoll occurring at the ‘Colosseum’ dive site, where they are often observed in large schools.

Unusually, we also sighted a giant barracuda (Sphyraena barracuda), gliding in the strong current at Coral Gardens. They have a bad reputation for being aggressive towards humans, but this particular 170cm fish posed no threat to us, and effortlessly swam away after a minute.

Two different cetacean species were observed this month, with approximately 550 spinner dolphins (Stenella longirostris) and five bottlenose dolphins (Tursiops aduncus) being encountered in total, on 11 successful cruises. We were also incredibly fortunate to encounter some bottlenose dolphins during one of our reef snorkels, and to observe them underwater for a few magical moments as they swam quickly by.

Beaufort wind force scale – This month we have started to record the direction and speed of the wind speed, using a hand held wind meter. The Beaufort wind force scale can then be used to relate the wind speed to observed sea conditions, which provides an accurate scale to determine how calm or choppy the sea was on any given excursion.
The data collected will be used to study weather patterns over time, and to see if any correlation exists between wind speeds and sightings of megafauna species such as Pilot Whales. 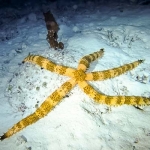 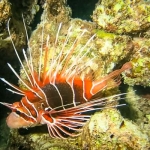 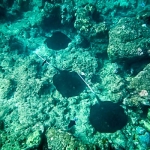 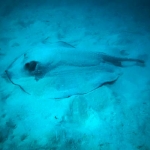 There were four different shark species sighted on dives during the month of September. Whitetip reef sharks dominated once again, followed by nurse sharks and grey reef sharks. A rare zebra shark was sighted, and also a hammerhead shark by the dive team (although not officially recorded for size, time and location). 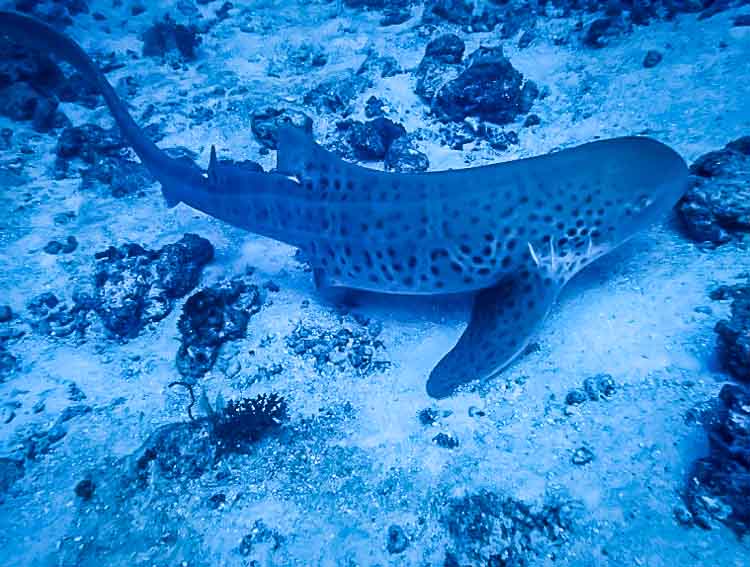