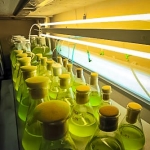 We are currently growing three species of phytoplankton (Nannochloropsis, Tetraselmis and Isochrysis) and our experiments to vary the levels of saltwater concentrations are continuing. Rotifer production is also ongoing, providing an excellent food source for all of our juvenile Clownfish. 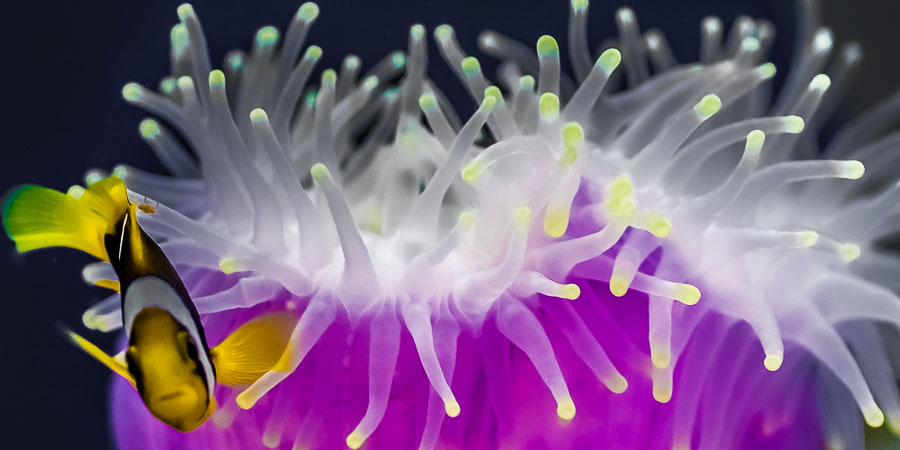 Clownfish with Anemone in our Fish Lab[archive]

Sharks have a reputation of being mindless eating machines, but the reality is that most reef sharks are very timid. Having clear visibility allows snorkellers to observe sharks from a distance, giving a longer viewing experience, whereas during poor visibility there is a temptation for us to swim too close which often causes the sharks to disperse.

This month at Kuda Huraa we conducted nine Shark Safari snorkelling trips with a total of 152 guests, and successfully spotted sharks on each trip. We saw a maximum of ten Blacktip Reef Sharks on a single trip, with juveniles and adults cruising around at depths of between one and ten metres. This month, the Blacktips were by far the most commonly seen species of shark on our snorkelling trips, with 122 sightings.

The Maldives was granted official “Shark Sanctuary” status on 01 March 2010, making it illegal to conduct any practice which results in the killing, capturing or extraction of sharks. ‘Shark Watch’ is a voluntary initiative, started by the Maldivian Government with the aim of creating awareness on the importance of conservation, and thereby promoting the Maldives as a shark-friendly marine eco-destination. We currently collect ‘Shark Watch’ data during snorkelling and diving activities, a simple method of recording “incidental sightings” whenever an animal is spotted. The species is entered into a sightings log along with general information such as location and date.

Update : We may have an ID on our mystery jellyfish, as per the JellyBiologist’s blog – it could be a member of the Thysanostoma species. 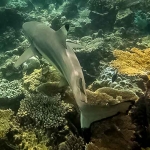 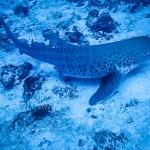 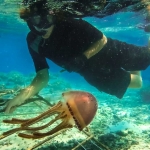 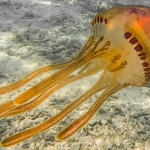 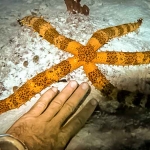 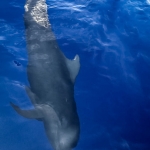 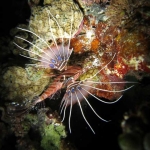