[D]uring April, we transplanted 22 new coral frames into the lagoon at Kuda Huraa, and monitored/photographed a total of 150 existing frames all around the island (at the House Reef, Water Villas, Spa and Channel). Over at Landaa Giraavaru we have made a further 45 frames this month, and monitored a total of 188 more (around the Moon/Reef and Yin Yang areas).

We are now recording the GPS locations of our coral frames using Google Earth to plot the co-ordinates, which is simpler than our old method.

Water temperature was seen to peak at 31C from mid-April, but thankfully the arrival of cooler weather towards the end of the month should mean the incidents of coral bleaching will be low this year.

We have been seeing an increase in the populations of Drupella snails recently, living on our coral frames, with the older frames in particular showing some signs of damage. More than 300 snails were removed this month, mainly from the many affected Acropora coral species affected (A. robusta, A. humilis, A. digitifera, A. nasuta, A. tenuis). 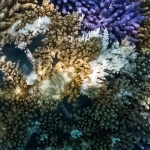 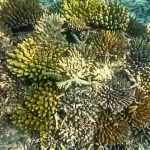 Drupella damage on a coral frame 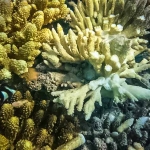 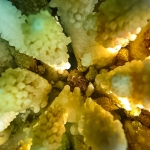 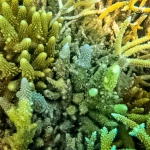 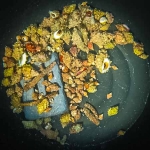 Molluscs that are known to eat corals

Our new Apprentices were given some training this month, on how to identify the various species of coral-eating molluscs they may encounter on our frames. 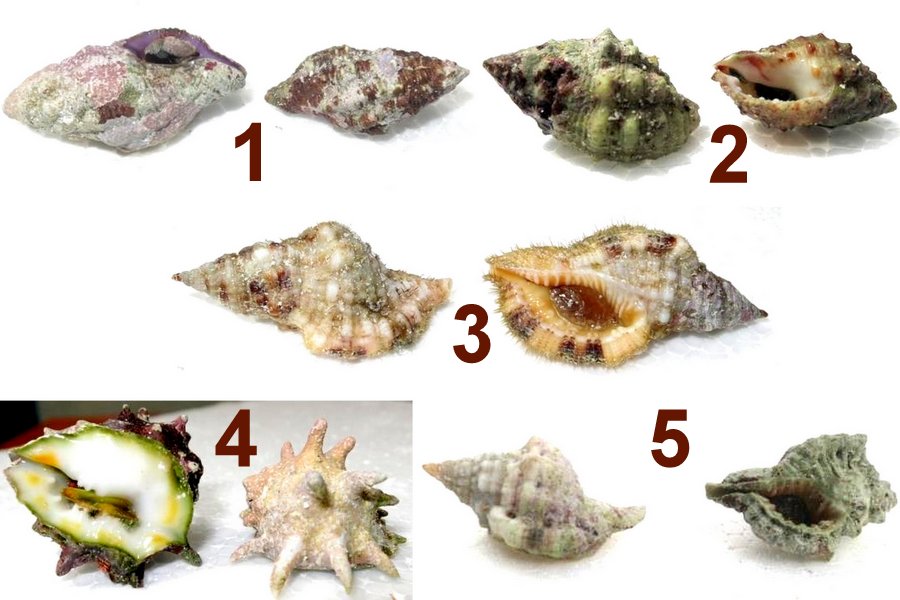 Shell Collection – Molluscs that are known to eat corals