[W]hilst on a dolphin excursion on 3 April, we were lucky enough to spot a large pod of False Killer whales (Pseudorca cressidens) 3km offshore of Kuda Huraa. The whales were travelling slowly and may have been hunting in the deeper waters.

False Killer whales are the third largest oceanic dolphin species (Delphinidae), reaching lengths of up to 6m. They are found throughout the tropical oceans around the world, with their range also spreading into Europe and North America. The common name comes not from any similarity in external appearance to killer whales (Orcinus orca), but from similarities in skull shape and in the number, size and shape of the teeth. False killer whales generally appear black or dark grey in colour, with a rounded head and graceful appearance. They are very active swimmers, often jumping out of the water, and appearing more like some of the smaller Delphinids than other similar sized species.

A False Killer Whale jumping out of the ocean always makes for an impressive sight !

[P]rimarily an open ocean species, they regularly approach close to shore mainly around oceanic islands, so the Maldives is an ideal place for them to inhabit. They have a varied diet, including many species of large fish and squid. A highly social mammal, they often travel in groups of around 20 individuals, but many sub-groups will often make up a much larger group that can stretch to over 100km in range!

The group we observed was spread over about 5km, so it was very difficult to estimate the total population. With many sub-groups of around 15 individuals, the whales were all slowly travelling in the same direction, and we carefully travelled alongside them for about 30 minutes, watching intently as they broke the surface of the calm waters. Interestingly, False Killer Whales hunt cooperatively, working together to catch large prey such as sailfish (Istiophorus), mahi-mahi (Coryphaena) and tuna; they will often share prey between each other, forming trustworthy regular hunting partners.

As is the case for most of the tropical oceanic Delphinids, there is much to be learnt about their lifestyle and behaviour. We hope to have more sightings in the future to gather as much information as possible about these wonderful and elusive animals.

Thanks to Sarah, Marine Biologist at Kuda Huraa and onboard the Four Seasons Explorer, for this special report. 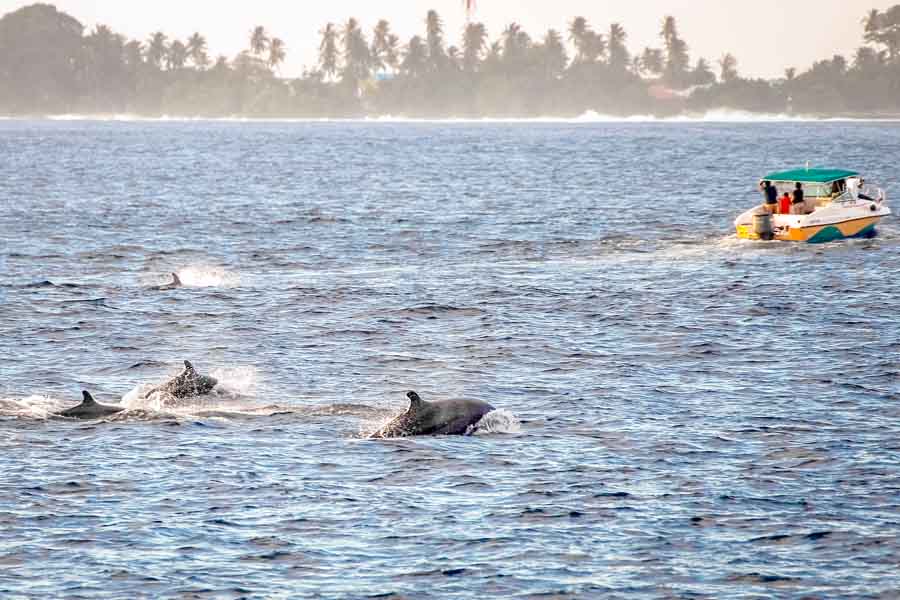 Our Video Following A Pod Of False Killer Whales, November 2011

Read about our rescue of Haita back in December 2012 (click) 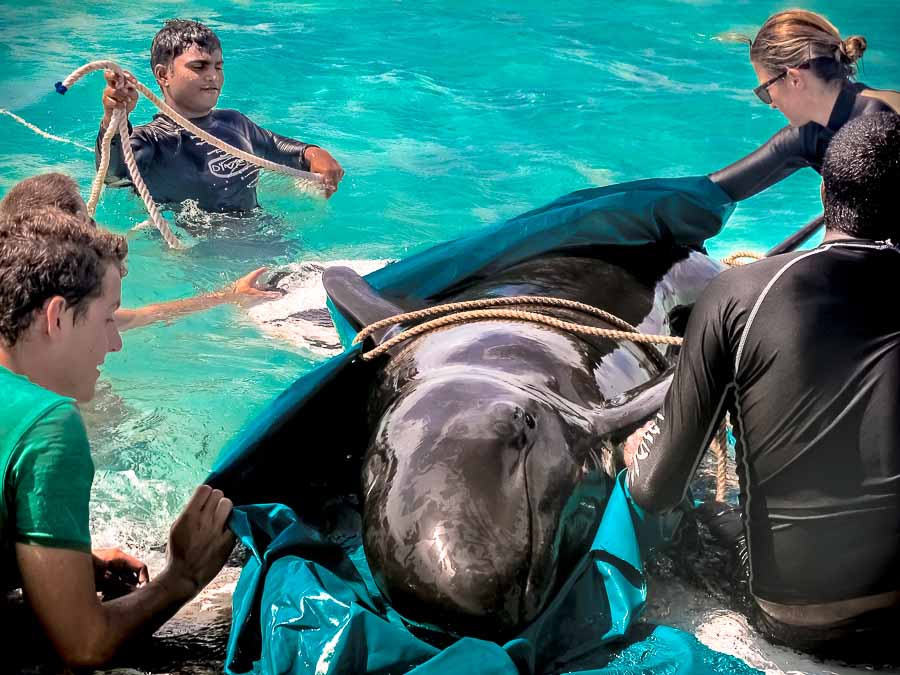