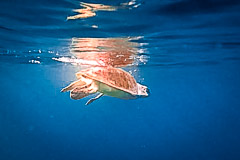 was successfully released back into the open ocean by MDC staff on 15 November. We had received the injured Olive Ridley turtle back in October, via the dive staff at Taj Exotica Resort; she had been found floating close to the island with a badly damaged right flipper. After three weeks of care and rehabilitation at our centre, she had shown a huge improvement and was ready to be released to the ocean.

Elsa remains with us as we continue to decide the best course of action for her future. She has recently taken to diving to the bottom of the tank, which is a very good sign.

On 13 November we released one of our Kuda Huraa reared green turtles (Jim) back to the wild. After 18 months in our rearing centre, he was released on our house reef by the MDC staff.
Thanks to our expanding list of contacts, we received two new turtle hatchlings this month, and we now have 17 turtles at our facility. We have also identified an uninhabited island close to Malé (Vaagali) that shows signs of turtle nesting activity so we plan to visit there soon. 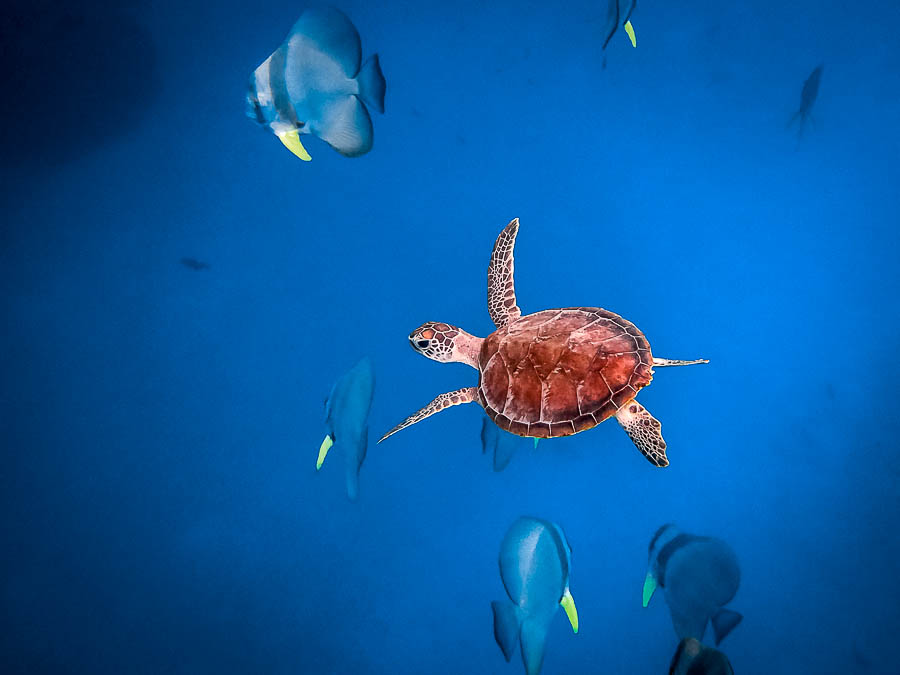 We welcomed several organised groups to Kuda Huraa this month from Thaajuddeen School and Iskandar School who had been invited on an island-wide tour of the various Resort departments. When the students arrived here at our Marine Discovery Centre, they learnt about our various conservation projects and visited the turtle rearing pools. They also took part in our coral propagation project, learning about reef regeneration, and were invited to make their own coral frames on behalf of their schools (see slideshow, below).

The latest updates from our local island outreach project at Kendhoo this month is not quite so positive, where some of the Head Start hatchlings have unfortunately died. We can’t say for sure what caused the deaths, but it could have been a skin infection made worse by handling, or poor water quality in the floating harbour cage.
There are currently seven turtles at the centre, one from their first batch and six from Kashidhoo, born in October. The group is currently building additional small tanks to provide more controlled rearing conditions for new hatchlings during the first few months of life.