Jessica – is an adult female Olive Ridley, found in March at the Gili Lankan Fushi Resort lagoon. She has three flippers missing and currently suffers from a buoyancy problem (see here). We have performed an extraction treatment to release the air trapped in the body cavity, and this appears to be helping. At the moment she is the only resident here at our Kuda Huraa centre.

Slicer – was successfully released on 25 May following a month of rehabilitation. She is a sub-adult Olive Ridley turtle, rescued on 21 April by our launch team having been found floating near Club Med channel  (see here, as above). She was found entangled in a fishing net with a severe shell fracture and a deep flipper laceration (possibly from a boat propeller). She responded well to our treatment, and we wish her a long and happy life out in the ocean. 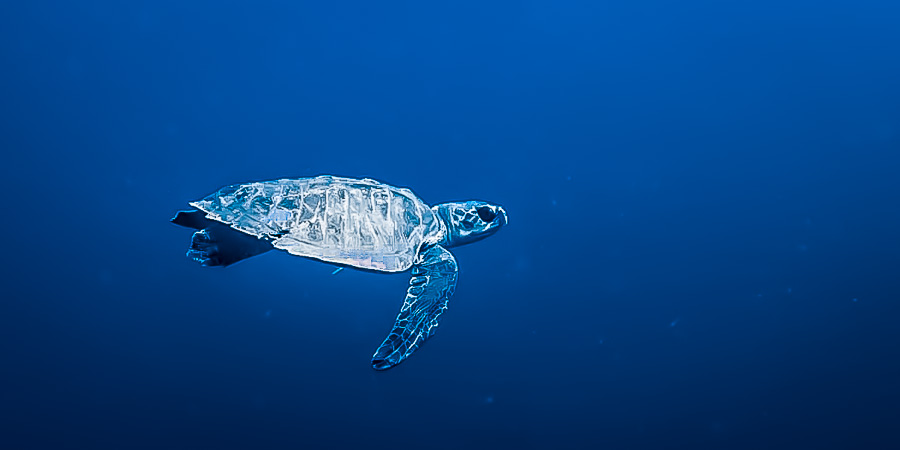 Finally, on 20 May the Marine Biologist at Huvafen Fushi Resort brought us a sub-adult female Olive Ridley turtle. She had been found tangled in a fishing net, with line wrapped around her neck. Our resident doctor stitched her neck and we gave antibiotics and hydration treatment, but unfortunately her injury proved to be too severe and after a week of care she sadly died. 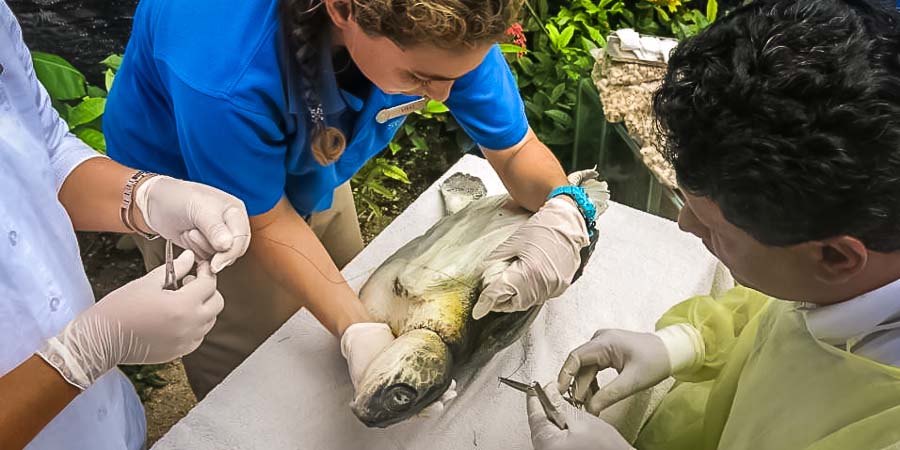 This month, one of our green turtles named ‘Spartacus’ had grown to 30cm in length so was large enough to be released under our ‘Head Start’ project. On 2 May he was fitted with a satellite tag and released from Kuda Huraa beach into the Coral Gardens lagoon. He spent some time initially at the water surface investigating the new environment, and once familiarised and orientated, Spartacus descended into the deep and has now travelled a considerable distance from Kuda Huraa.

We are continuing to monitor his travel patterns, and the latest satellite data shows him heading towards Indonesia (see our latest tracking map here). 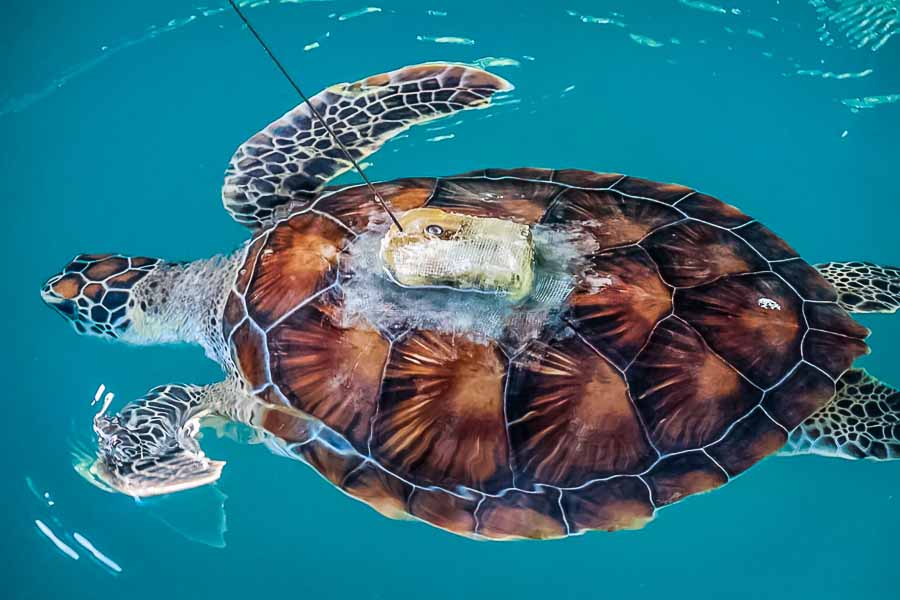