Turtle Rescues – Latest Updates for May

May 2013 is already shaping up to be another record-breaking month at Landaa with three turtle rescues in the first 10 days!

8 May saw the rescue of yet another injured Olive Ridley in Baa Atoll – “Olga”, a juvenile Olive Ridley found floating close to Reethi Beach resort. Thank you to Farey and Didi, who helped with Olga’s rescue. Although not entangled in a fishing net, Olga is missing a front flipper from an old injury. We hope that the air trapped in the turtle’s body cavity, which is causing her to float, will work itself out within a few days and we will be able to release it shortly.

And on the morning of 10 May, two individuals, one young female and a juvenile, were found entangled in a fishing net. The first one, suffering from minor lacerations on its rear flippers, was released immediately after being cut free from the net. The right front flipper of the juvenile, “Milano“, had to be amputated. It will be kept in our centre for at least a week of observation and antibiotic treatment. 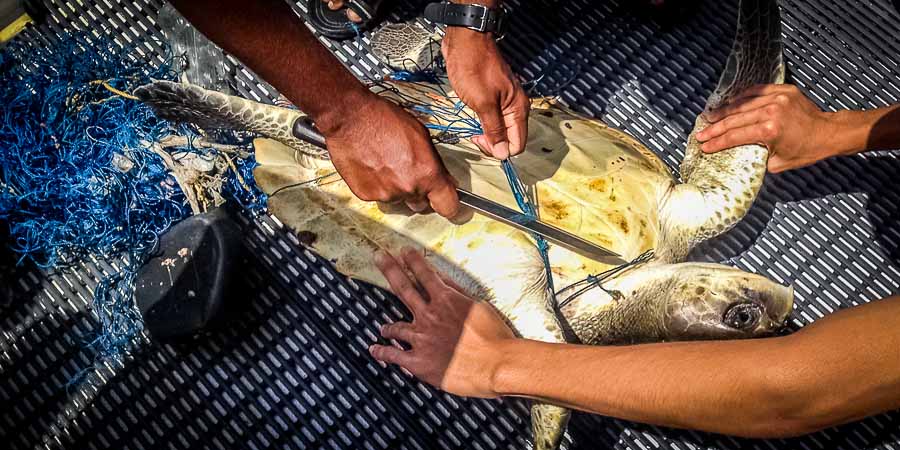 Milano has recovered well from his injuries and amputation, and was released from Landaa Giraavaru’s beach this morning (19th May).

How will Milano cope in the ocean with a missing flipper ?
Milano was kept here at the centre for a total of 9 days, in order for him to adjust to swimming following the amputation of one front flipper. He adapted well and now uses the opposing back flipper to balance his swimming – this way he won’t be swimming in circles!
To date, we have released two satellite-tracked turtles that had a similar missing flipper (Chippy and Oliver). We can see from the GPS data that although they are travelling slightly slower than turtles with all four flippers, they still manage to cover more than 25 km/day!

Will the amputation wound become infected in the ocean ?
No – there are special “cleaner fish” in the sea who provide a cleaning service for turtles and other residents of the reef. They will remove any dead tissue or infection, so Milano’s injury will actually heal faster in the wild than it would by treating with antibiotics in our centre. 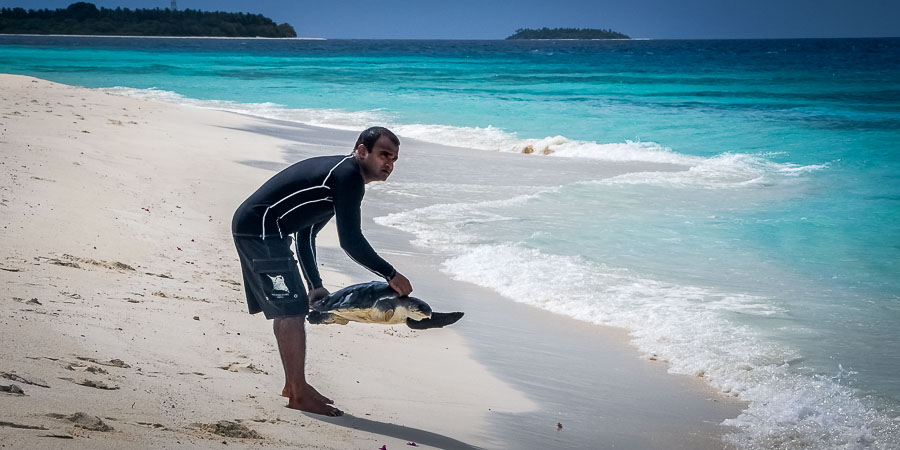 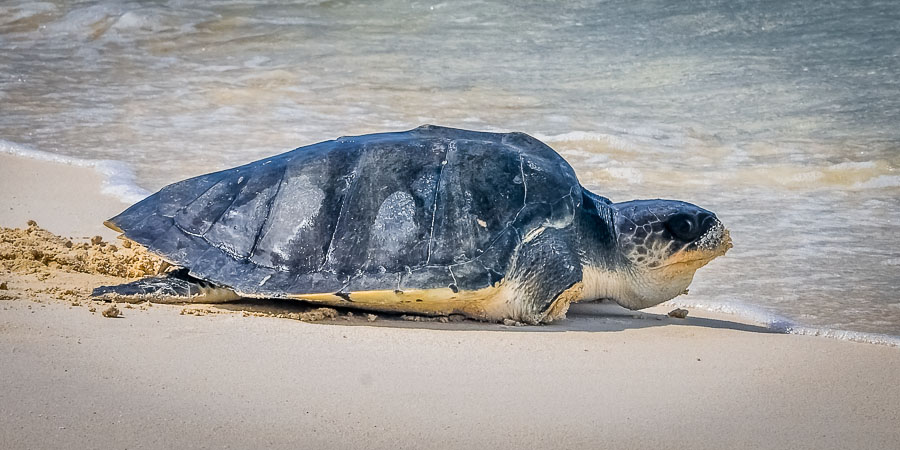 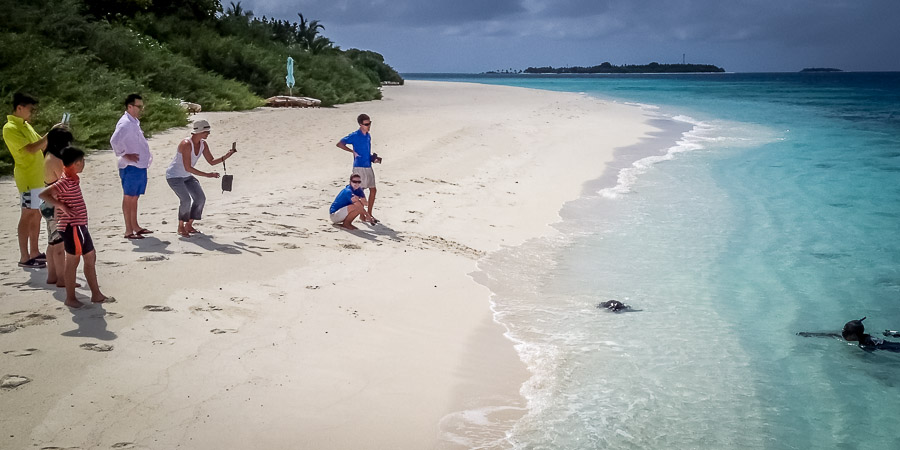